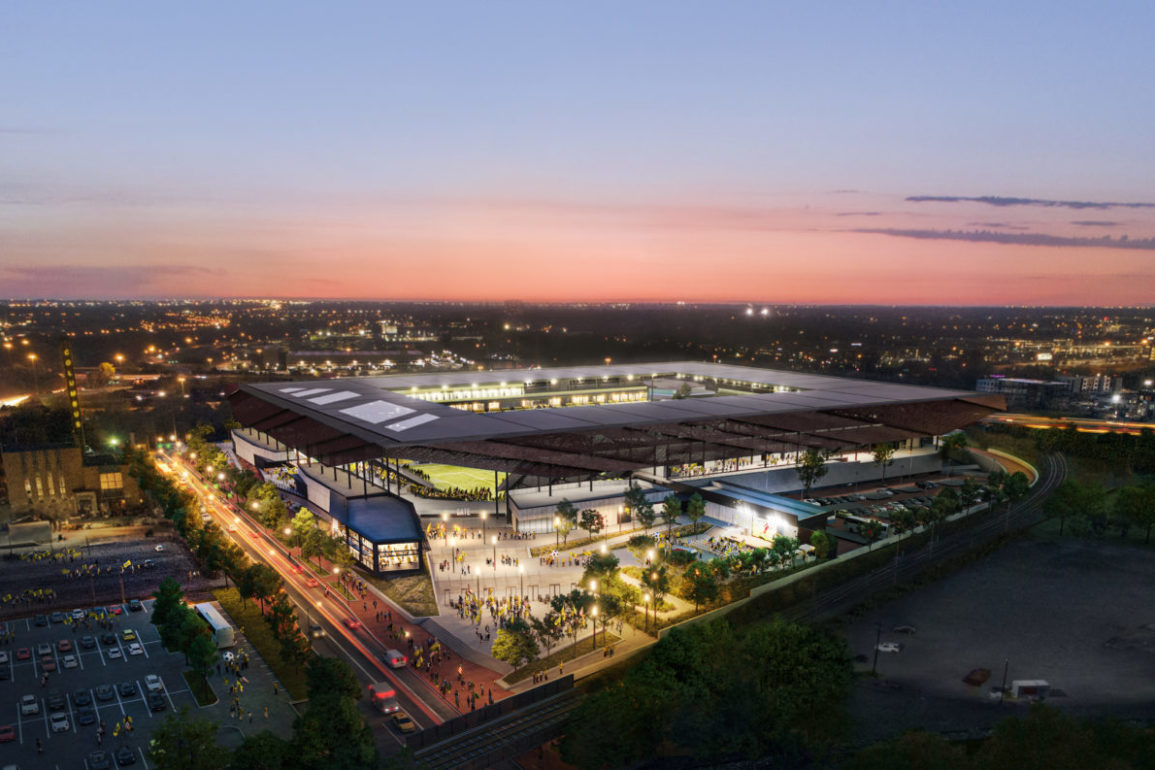 An aerial view of the Southeast Plaza at Crew Stadium
Development

The New Crew Stadium is one step closer to opening.

Construction began last year and now, sod has officially been installed on the pitch. The stadium is expected to open in early July and fans are starting to get excited.

Columbus Crew SC and the stadium have been sharing sneak peeks of the project’s progress for months now. The 20,000 capacity stadium sits on a 33-acre site off Nationwide Blvd. In addition to the stadium, the project also includes a riverfront park, nearly 1,000 new residential units, and office/commercial space as well.

Within the park, we’ve already seen a preview of the beautiful VIP areas, known as the River Club and the Rail club.

“The River Club and Rail Club each provide climate-controlled environments and dedicated private club spaces, along with some of the best views of the stadium,” stated the Crew SC in a press release when the VIP sections were first announced. You can read more about the VIP Suites here.

Recently, Columbus Crew SC announced the launch of Crew Kitchen, the dining and hospitality team of the new stadium. The food and beverage experience at the stadium will be all about Columbus, with plenty of local grub for fans to snack on while they watch the match.

The stadium will open on July 3, when Columbus Crew SC will go head to head with New England Revolution, hopefully bringing home the first win in the new space.