The VIP Sections At The New Crew Stadium Are Super Swanky 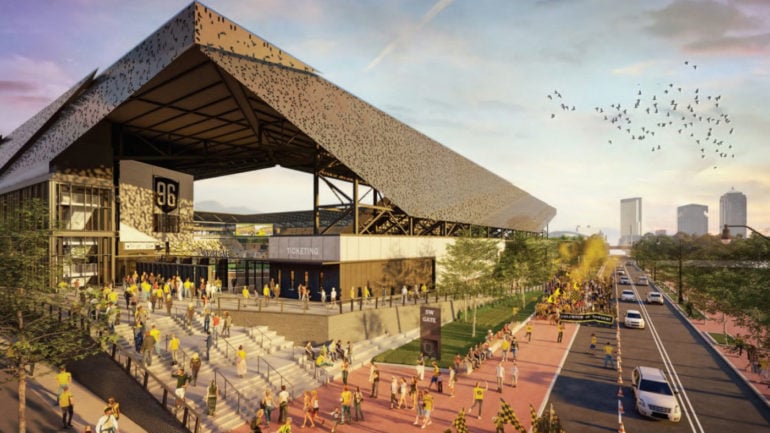 The new Crew Stadium is zooming right along.

It may be hard to imagine right now, but at some point, Columbus Crew fans will be gathered together once again. And before you know it, that gathering will happen in the new downtown stadium.

The Crew’s new stadium is already under construction, and the club has been sharing sneak peeks of what the completed project for months now. The 20,000 capacity stadium sits on a 33-acre site off Nationwide Blvd. In addition to the stadium, the project also includes a riverfront park, nearly 1,000 new residential units, and office/commercial space as well.

The newest sneak peek gives us all a glimpse at some of the VIP private areas. The River Club and the Rail Club are pretty swanky for a sports stadium.

“The River Club and Rail Club each provide climate-controlled environments and dedicated private club spaces, along with some of the best views of the stadium,” stated the Crew SC in a press release.

Last fall, renderings of the interior of the stadium made their first appearance. 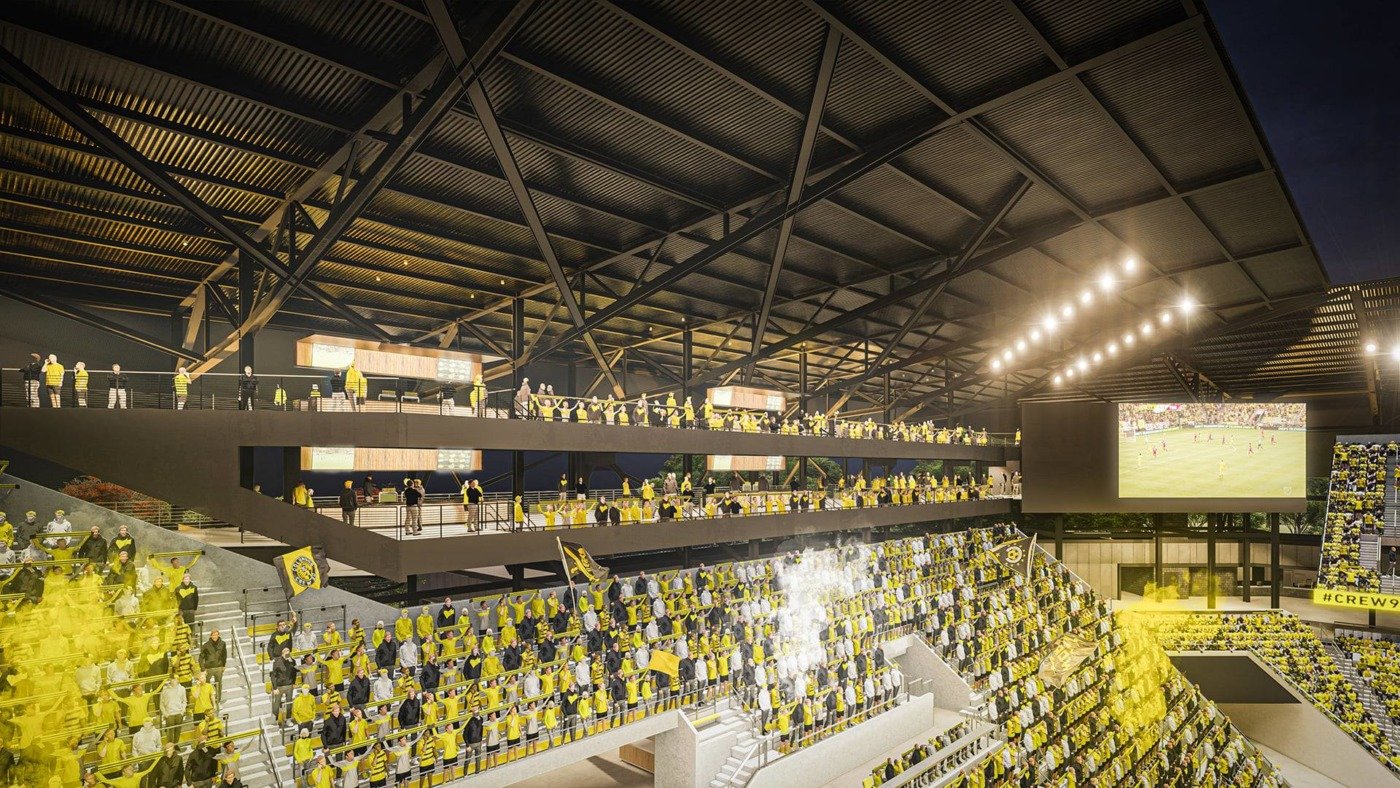 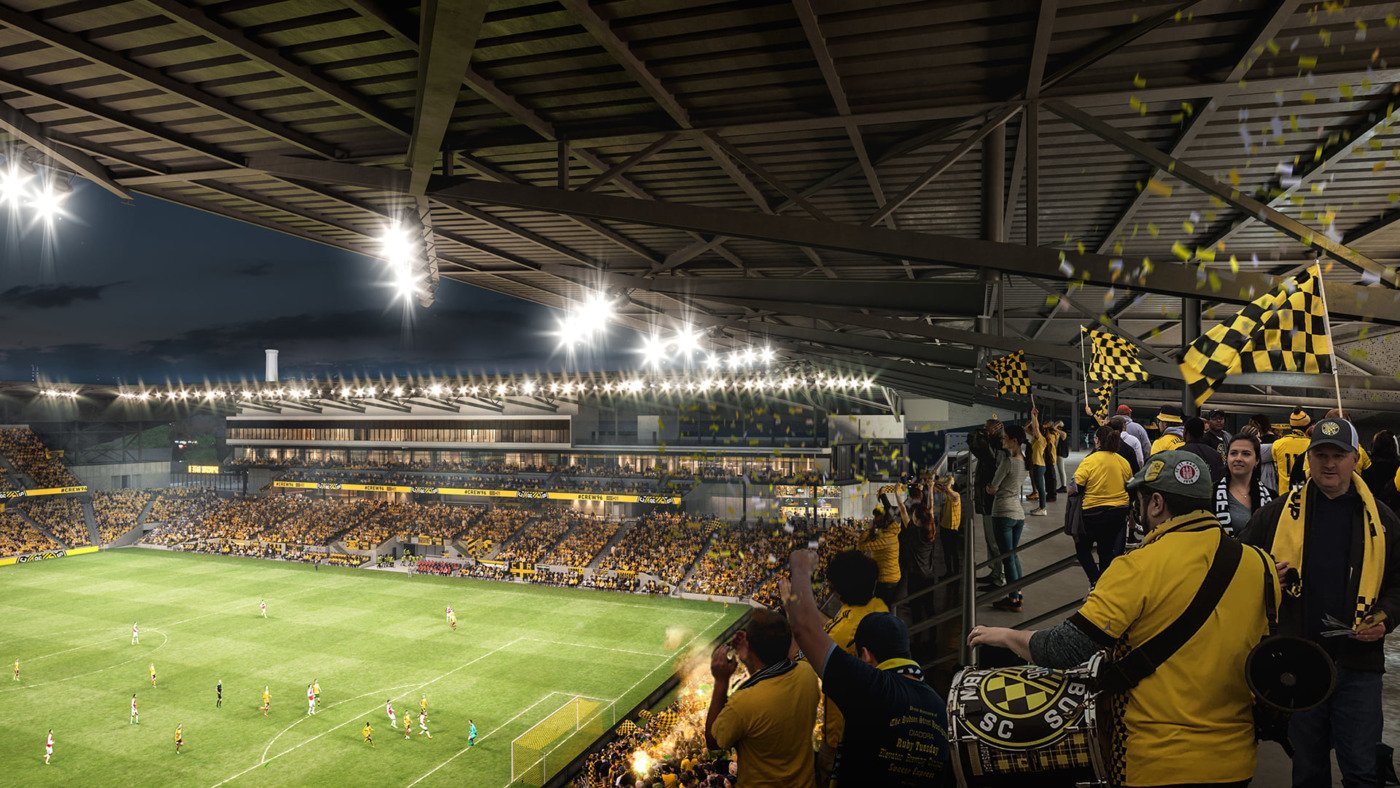 View of the East side of the stadium, including the East Concourse Club, Loge Boxes, and the East Field Club. 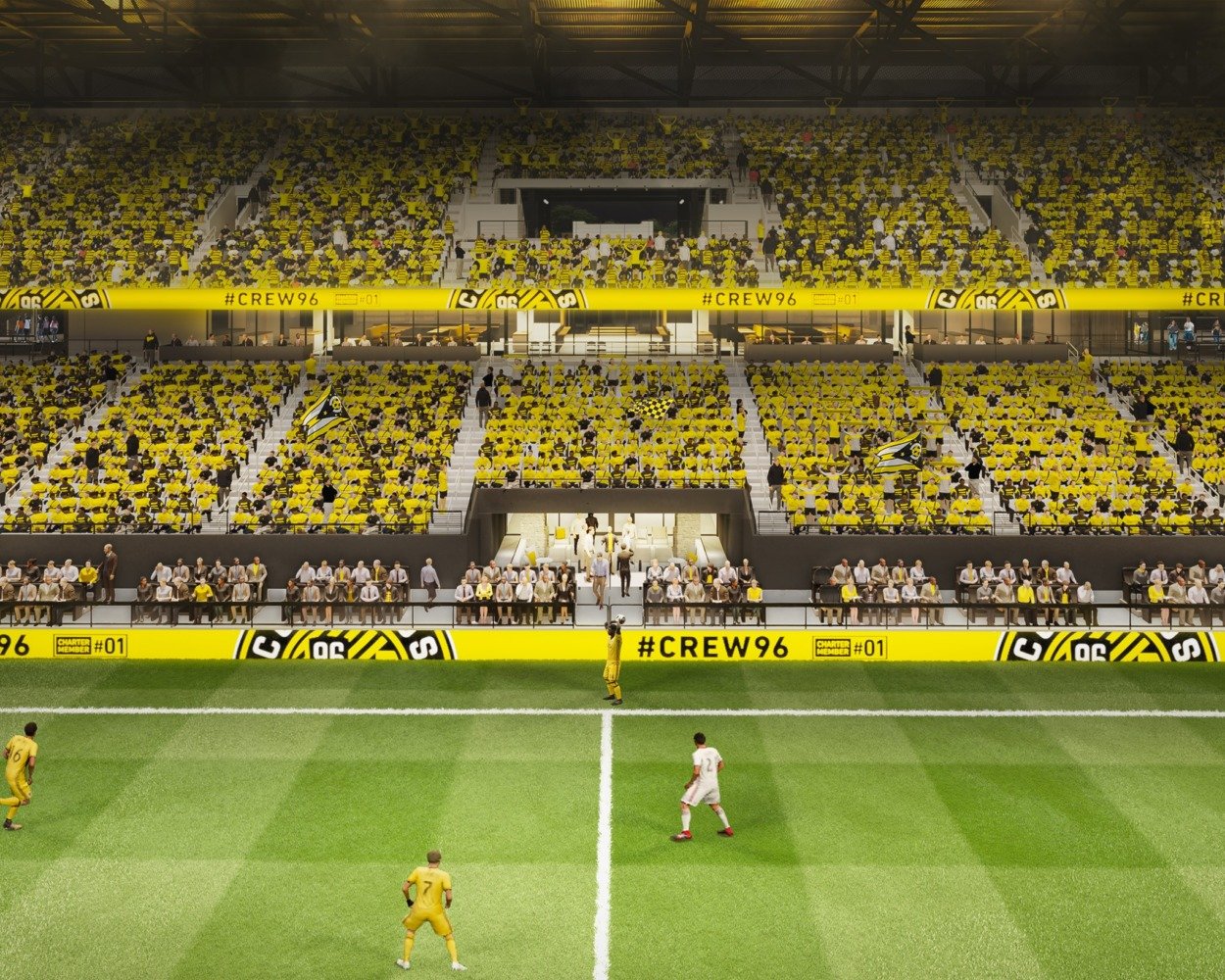 View of the West side of the stadium, including the Press Box, Suites, Ledge Seats, West Concourse Club, West Field Club, and Players Box. 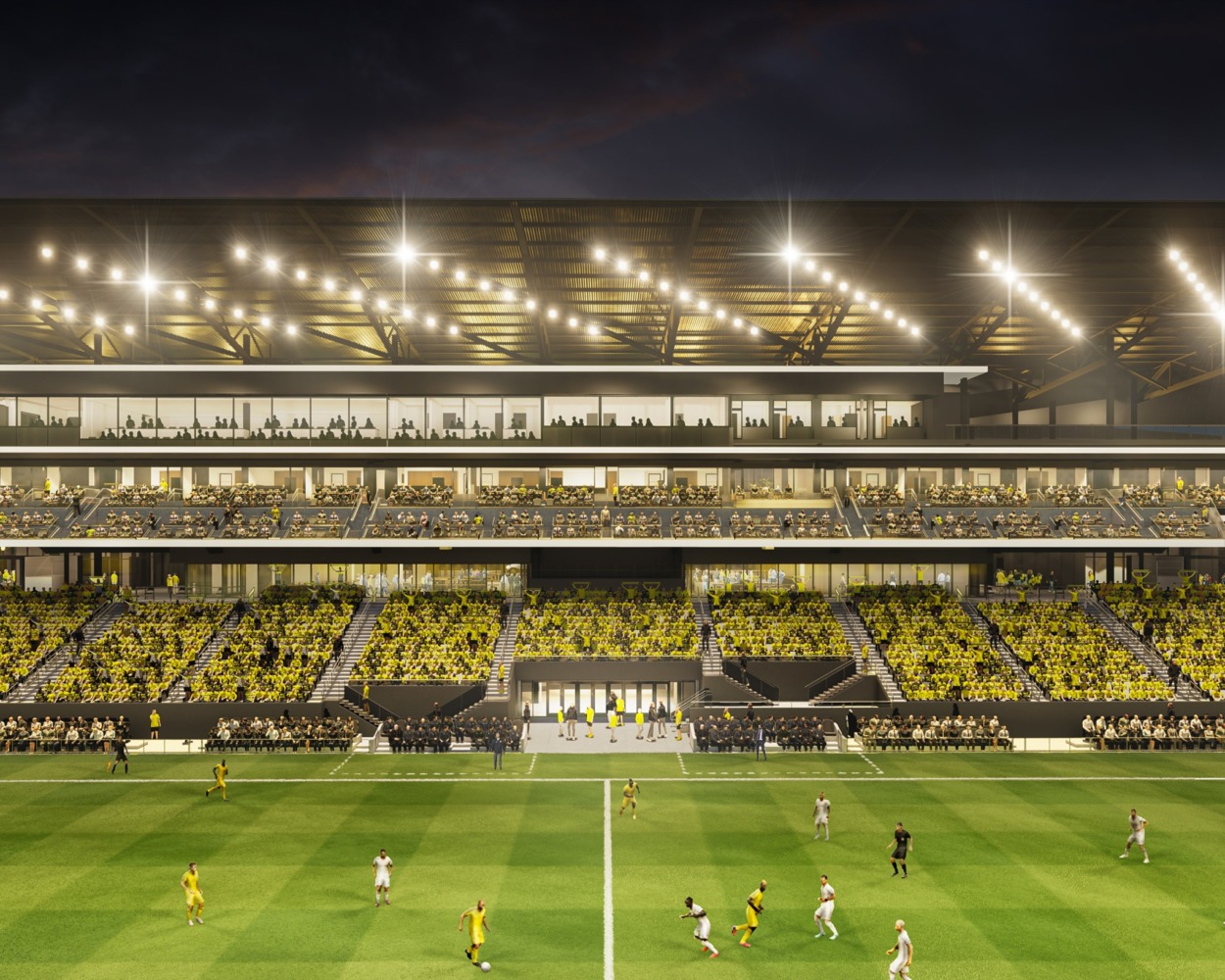 Construction on the new stadium is expected to be completed by July 2021, and as of right now, there aren’t any major delays to that schedule.

You can view all of the stadium renderings or check out the live construction cam of the New Crew Stadium here. I don’t know about you guys, but I can’t wait until July.