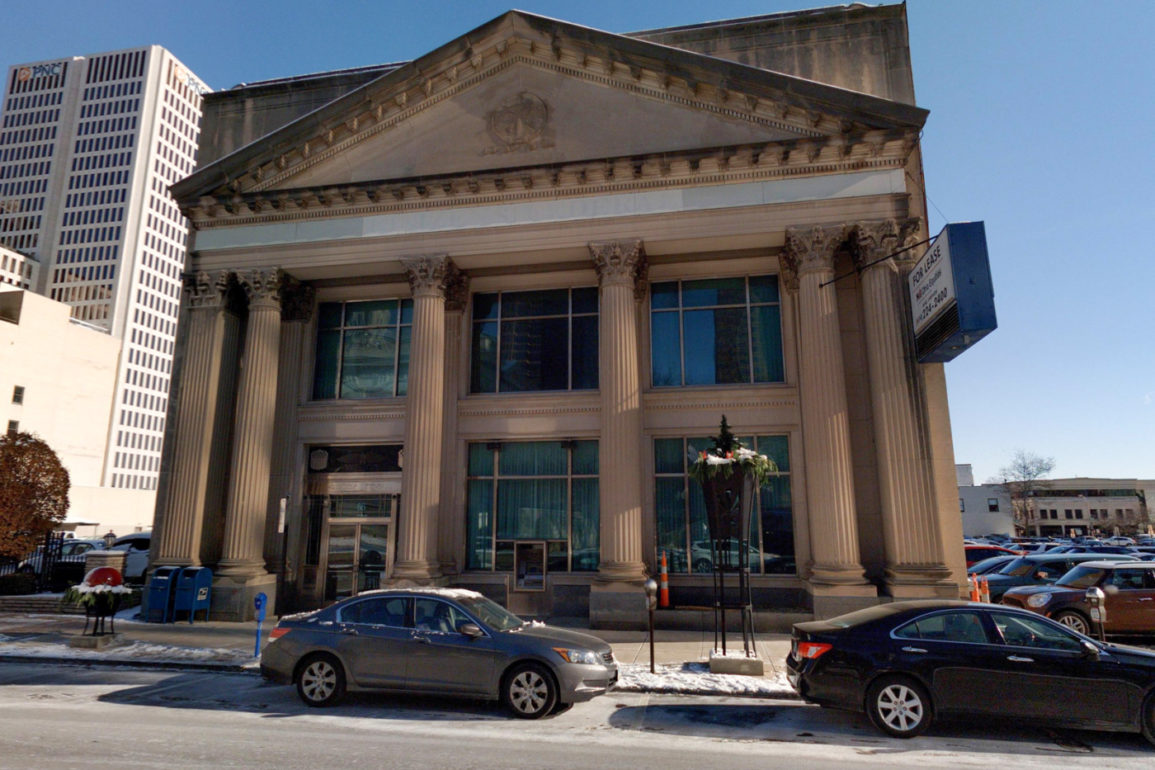 These Are The 9 Most Endangered Historic Buildings In Columbus

Columbus Landmarks Foundation has released their annual list of the most endangered historic sites around the city.

This year’s Most Endangered List features 9 historic sites around the city that are at risk from demolition, deterioration, vacancy, or impending development. The nine featured sites represent a variety of eras, styles, uses, and neighborhoods.

Columbus Landmarks Advocacy Committee screened and selected the Most Endangered Sites. Historic buildings add so much to our society. Reusing existing buildings instead of tearing them down is good for the economy, the community, and the environment. Here are the 9 Most Endangered Sites in Columbus. The list works as sort of a priority work list for Columbus Landmarks Foundation and its efforts.

This harmonious collection of brick buildings are important touchstones for the Black and Catholic communities in Columbus. St. Cyprian Parish, the first Catholic Church established to serve the Black community, featured a church, school and rectory on its grounds.

Bishop James J. Hartley built St. Cyprian across from the four-story brick St. Anthony Hospital that today is the site of OSU East Hospital. The Sisters of the Blessed Sacrament staffed the school. Very few Blacks were Catholic in 1912, but by the 1940s membership had grown to 400.

In 1957, St. Cyprian merged with St. Dominic’s parish, also a historically African American parish that is active today and “seeks to grow beyond the boundaries of race.” The St. Cyprian buildings pose an important opportunity to document and address issues of segregation, prejudice, racism, justice and faith.

Designed in 1961 by Fred Ervin Neon Sales of Columbus for Jerry’s Drive-In, this eye-catching and distinctive sign has been modified twice to boldly and creatively advertise the featured business below. Love it or hate it, this Clintonville landmark retains its mid-century style and integrity, and adds visual interest to this busy corner.

Tee Jaye’s recently closed at this location. The sign awaits its fate with pending new development, and does not meet current zoning/graphics code. Many North Enders are advocating for its preservation, either modified to serve the new business or as-is in another Clintonville location. The sign is nostalgic for many, and public art for all, adding character and vibrancy to the streetscape.

Central Ohio Federal Savings & Loan Association moved into this building designed in a Greek Revival style with six Corinthian columns to evoke “a symbol of strength and rugged character,” according to their opening day ad in 1955. The monument-style building featured a spacious lobby with seven teller windows; a cherry-paneled boardroom; colorful murals in the loan-closing room; and a large walk-in safe.

Following decades of mergers and acquisitions, the building was sold to Capitol Square LTD in 2006 and awaits redevelopment. A proposed mixed-use plan for this important Capitol Square corner was announced pre-COVID, but has yet to proceed.

The 1926 Pythian Temple is the only building in Columbus known to have been designed by Samuel Plato, a talented and prolific African American architect with Evans and Plato of Louisville, Kentucky. Built in the Renaissance style, the Pythian served as the York Masonic Lodge and as a celebrated theater featuring entertainment legends including Count Basie, Duke Ellington, Cab Calloway and Ella Fitzgerald, as well as local performers who were part of the Black and Tan Review.

The York Masons retain ownership of the Pythian. The King Arts Complex made a financial decision to exit their lease of the Pythian in 2019, but retain offices in the Garfield Building and a vibrant presence in the community.

The stately OSU Kappa Sigma Fraternity Chapter House sits on the site of the Robert Neil (and later Henry Neil) “Indianola” mansion (c1852). Indianola was a Swiss style home and a documented Underground Railroad site with a tunnel leading to the Olentangy River. Kappa Sigma purchased the home in 1919. An overhaul renovation that encompasses the Neil home was designed in 1938 by Ray Sims in a “Virginia Colonial Style” to reflect the fraternity’s heritage.

Originally designed with 31 rooms to accommodate 30 men, today there is a large addition at the rear to house many more. In 2020, Kappa Sigma National Fraternity revoked the OSU chapter’s charter. The house is currently sub-leased.

This beautiful Neo-Classical Revival style building was designed by David Riebel, the first architect of Columbus schools. It didn’t last long as one of Columbus’ original cardinal direction high schools (East, West, North, South, and Central.) Constructed in 1908 and opened in 1909, it was replaced 20 years later by West High at 179 S. Powell Avenue.

This building then became Starling Middle School. In 1950, a gymnasium designed by Howard Dwight Smith, architect of the Ohio Stadium, was added in a similar tan common bond brick, but in a contrasting, asymmetrical cubist form. After a period of vacancy, Columbus City Schools sold the school in 2020 to Woda Cooper Development, an affordable housing developer.

This c. 1890 bank building was designed in the Richardsonian Romanesque style with keystone arches across the upper stone façade. While the storefront has been altered, the original stone columns with Ionic capitals are intact. This building was inventoried as part of Columbus Landmarks’ Lost Treasures Found Architectural Survey of African American resources of the Near East Side in 1994.

In 1911, the bank operated as Lincoln Savings Bank Co. and later as Sully’s Loan/Pawn Shop. Phillip’s Pharmacy, independently owned and operated, owns the building and has had a retail presence here since 2000. The building remains appropriately scaled for a variety of potential future mixed uses in the King-Lincoln/Bronzeville neighborhood.

The potential of this historic and key corner commercial building is somewhat obscured by boarded window openings. However, its architectural features that include stone lintels and a corbeled cornice are intact. Built in c1910, the building features row house apartments attached to the rear of this property, located on the corner of Mt. Vernon and N. Monroe in the King-Lincoln/Bronzeville neighborhood.

This building was inventoried as part of Columbus Landmarks’ Lost Treasures Found Architectural Survey of African American resources of the Near East Side in 1994. The main commercial building has been used in the past as a convenient market, an amenity concept that is being repeated in new apartment development today.

The former Washington Avenue United Methodist Church is located in Merion Village on the City’s South Side. Dedicated in 1923, this charming brick church building is neighborly and approachable, despite its Gothic Revival architectural style. The building features a square tower main entrance with crenellations, pointed arches and buttresses.

Due to dwindling attendance, the church left this location in 2015 and the building was sold to a private developer. Vacant churches present an opportunity to not only preserve our best architecture, but to stretch our creativity and find productive and sustainable new uses.

To learn more about Columbus Landmarks Foundation and the work they are doing to help protect the historic sites of Columbus, you can visit their website here.