These Are The 9 Most Endangered Historic Buildings In Columbus

This year’s Most Endangered List features 9 historic sites around the city that are at risk from demolition, deterioration, vacancy, or impending development. The nine featured sites represent a variety of eras, styles, uses, and neighborhoods. 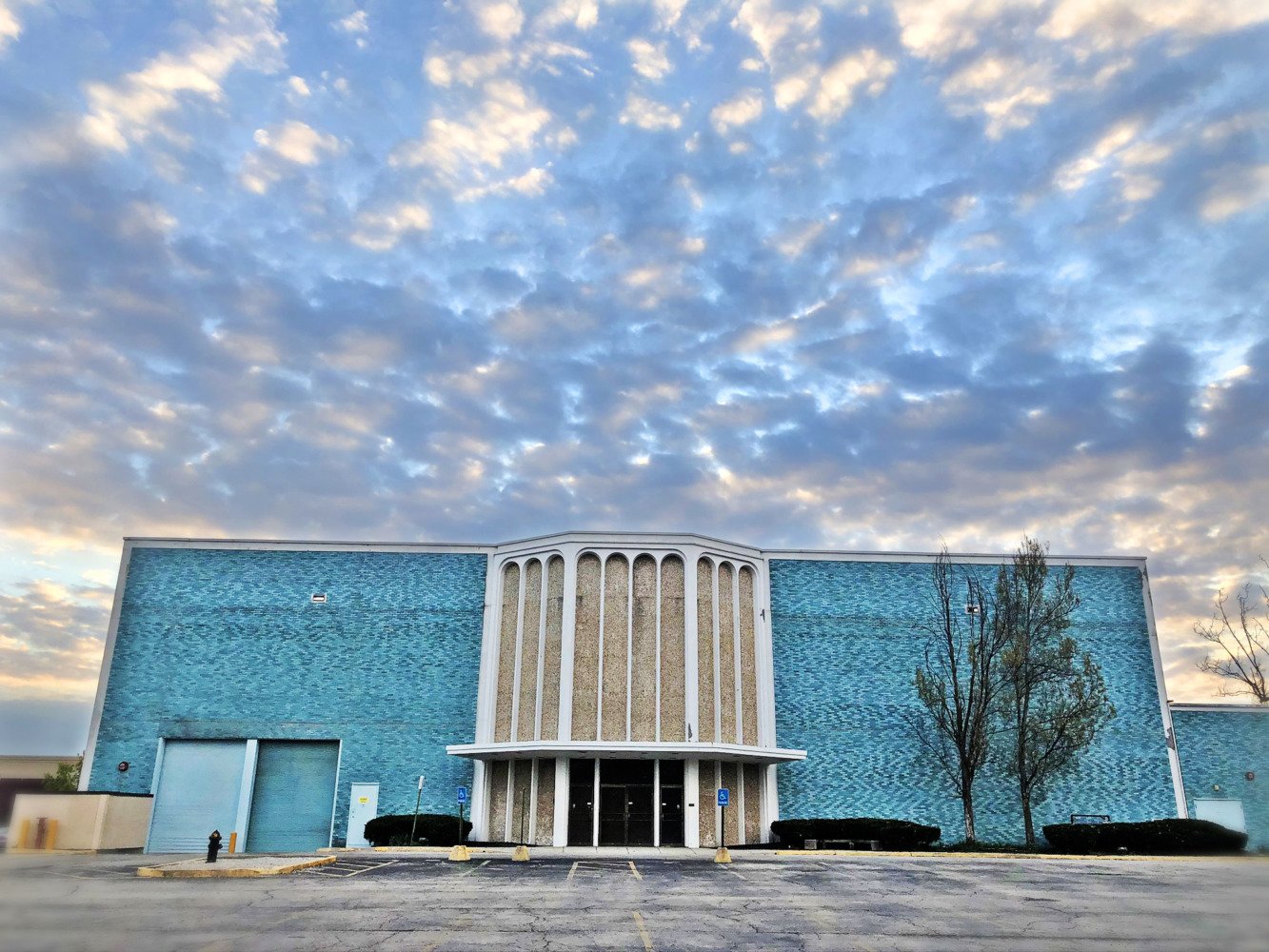 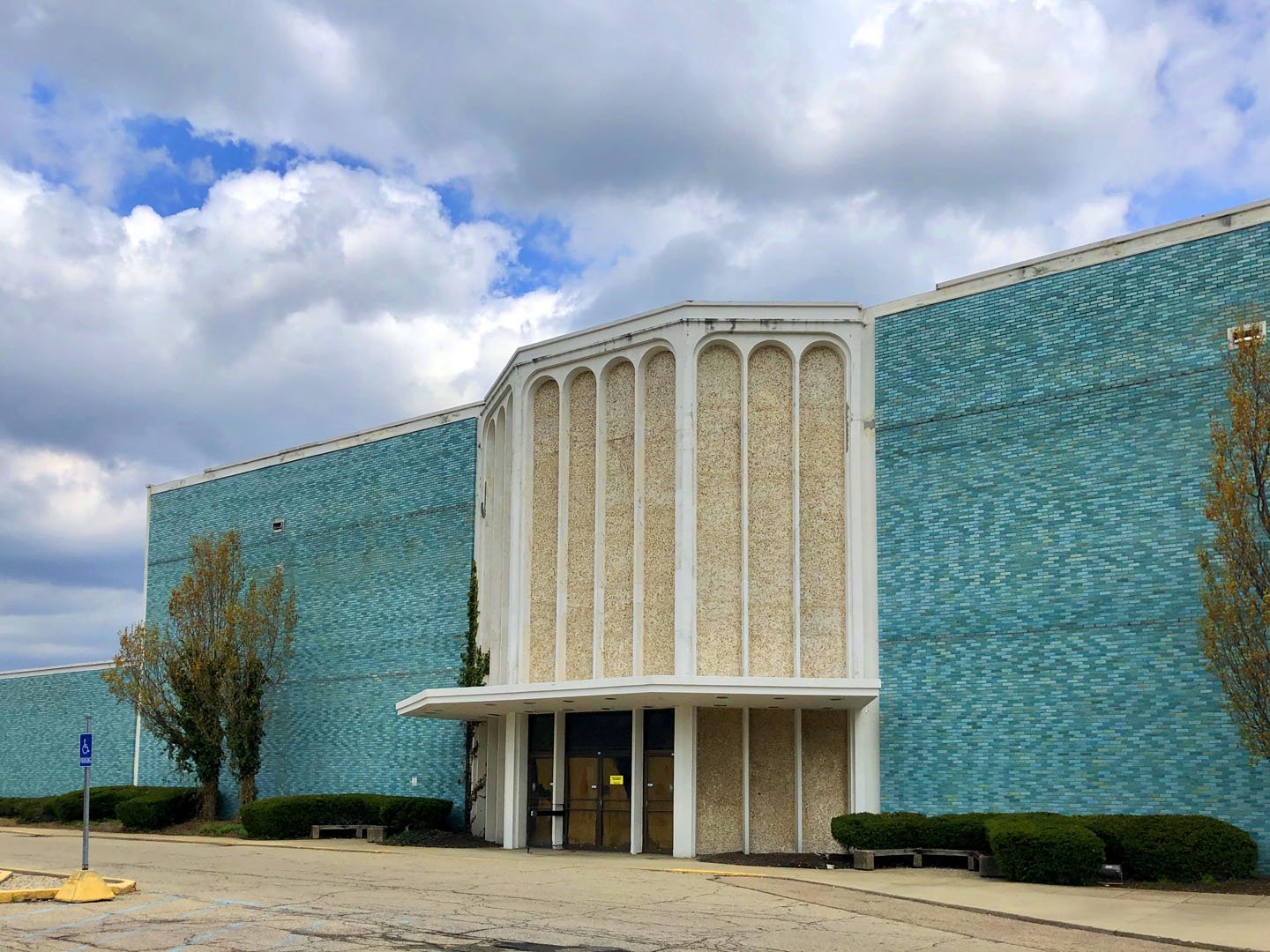 The Lazarus Department Store was founded in downtown Columbus in 1851. This structure is a good example of the suburban Lazarus store design of the mid-20th century. The west entrance is emphasized by three ground-to-roof bays of pebble-embedded rock defined by New Formalism style white pilasters and arches.

Designed using the same glazed multi-colored blue bricks as the Lazarus Eastland and Northland stores, these materials were selected “not only for their handsome color and sparkle, but for their durability and quality of never needing cleaning.” The design was influenced by Raymond Loewy, considered the father of industrial design, who had a decades-long working relationship with Robert Lazarus.

Why is this Site Endangered?
The Former Lazarus Kingsdale (later Macy’s) has been vacant for five years, since The Kroger Co. purchased it in 2015. While Kroger initially indicated plans for a mixed-use development on the site, no timeline has been presented.

St. Therese’s Retreat Center has offered hospitality for group spiritual retreats for almost 90 years. The retreat center was established as a quiet and restful place of peace by Bishop James J. Hartley, who was ordained to the priesthood by Bishop John A. Watterson in 1882 in St. Joseph Cathedral and installed as Bishop of Columbus in 1903. The 8-acre retreat center features a Romanesque style stone chapel modeled after small European churches, 54 bedrooms, outdoor Stations of the Cross and a grotto.

Also, on this site remains a Deshler Family residence that pre-dates the retreat. The Deshlers were one of the founding families of Columbus and owned property at Broad & High for first a home, then the Deshler Block including the Deshler Bank, and later the glamorous Deshler Hotel. 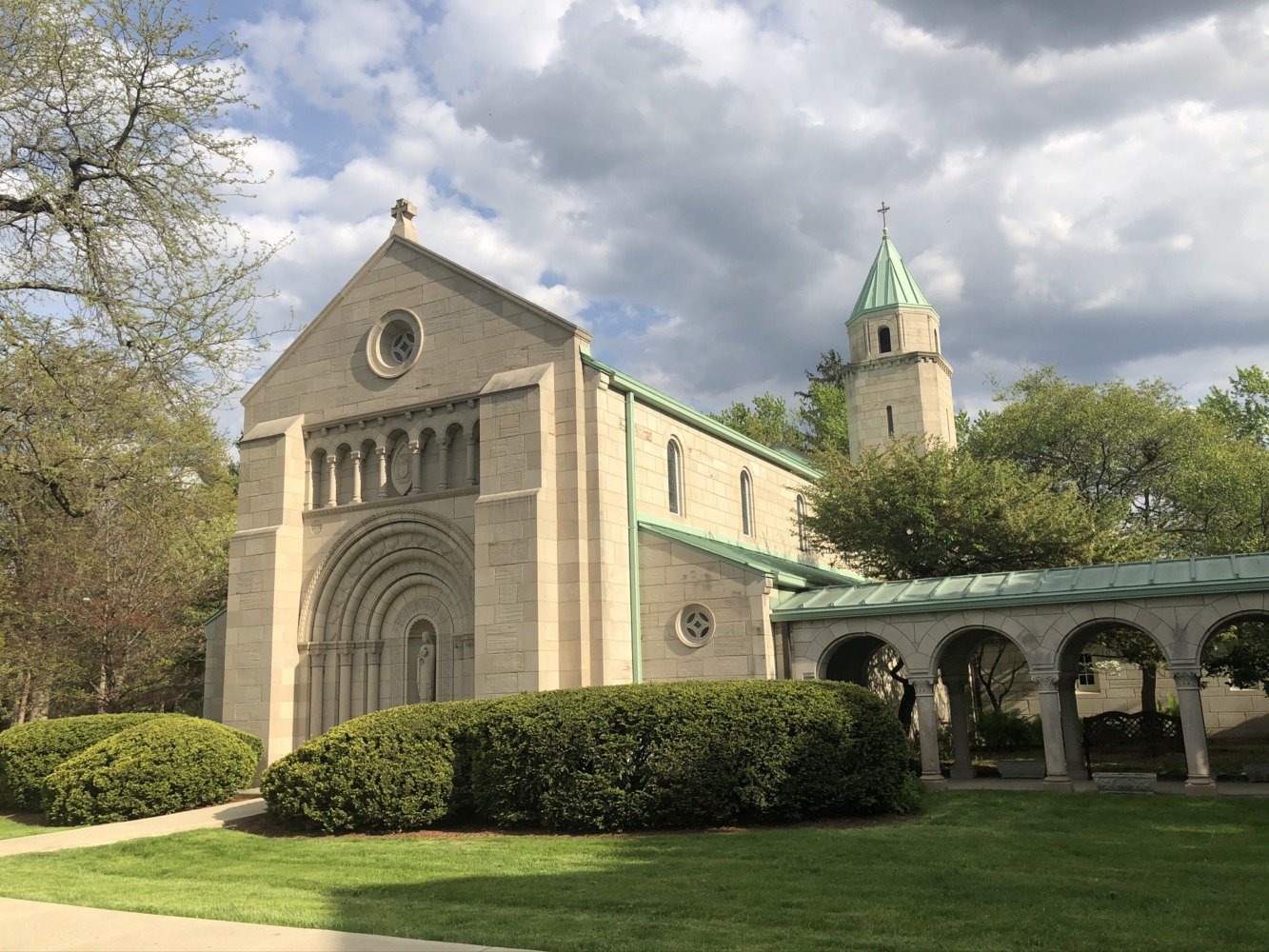 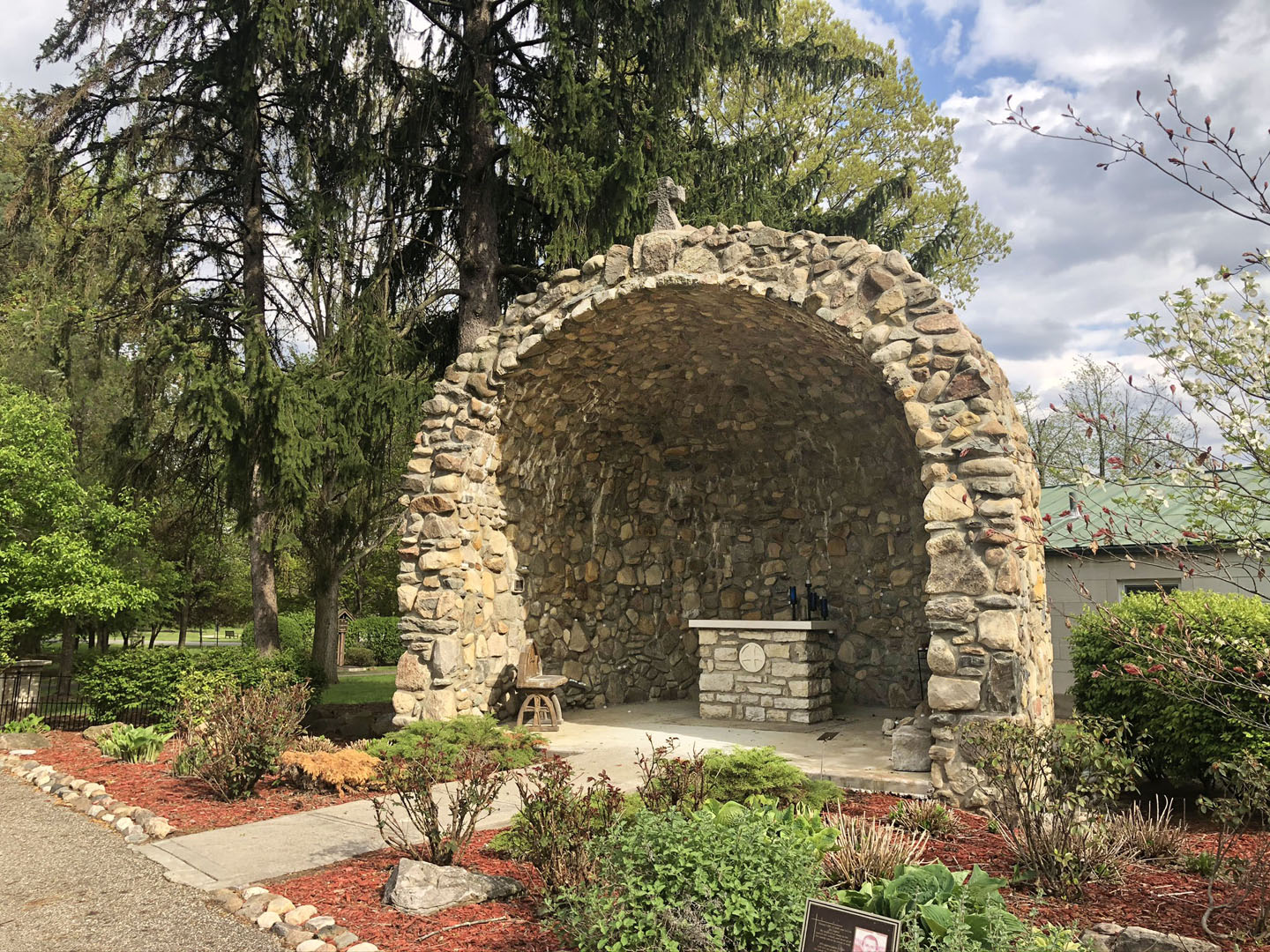 Why is this site endangered?
St. Therese’s Retreat Center is scheduled to close June 30, 2020. If sold, the property will be a prime development target located in a rare, unexploited land area.

South Side Learning and Development Center

Local philanthropist Mrs. W. A. Miller funded this building in 1926 for the South Side Day Nursery. This handsome two-story, brick Colonial Revival style building features a flat roof parapet, dentil molding, corner quoins, twin round-arched entries and round accent windows. Today, South Side Early Learning is an anchor tenant of the neighboring Reeb Avenue Center and remains dedicated to ensuring that every child benefits from a holistic, high-quality education.

Why is this site endangered?
The building has been vacant since 2015 and ownership transferred to the City of Columbus in 2019. Building accessibility issues pose a challenge for adaptive reuse, but this site presents an opportunity to contribute to revitalization momentum in the Hungarian Village neighborhood.

Nagy Brothers Shoe Repair is an unassuming, diminutive, single-story, painted brick and block building with intact original interior fixtures. The northern section (with peaked roof) is c.1920s and was an automobile service station and later a bakery.

Joseph and Steve Nagy, both deceased, purchased the building just after World War II, added on to the building, and operated Nagy Brothers Shoe Repair for 63 years along the Parsons Avenue Business Corridor of Columbus’ South End. Joseph Nagy walked a block from his Hungarian Village home to this shop daily, until his retirement in 2009. 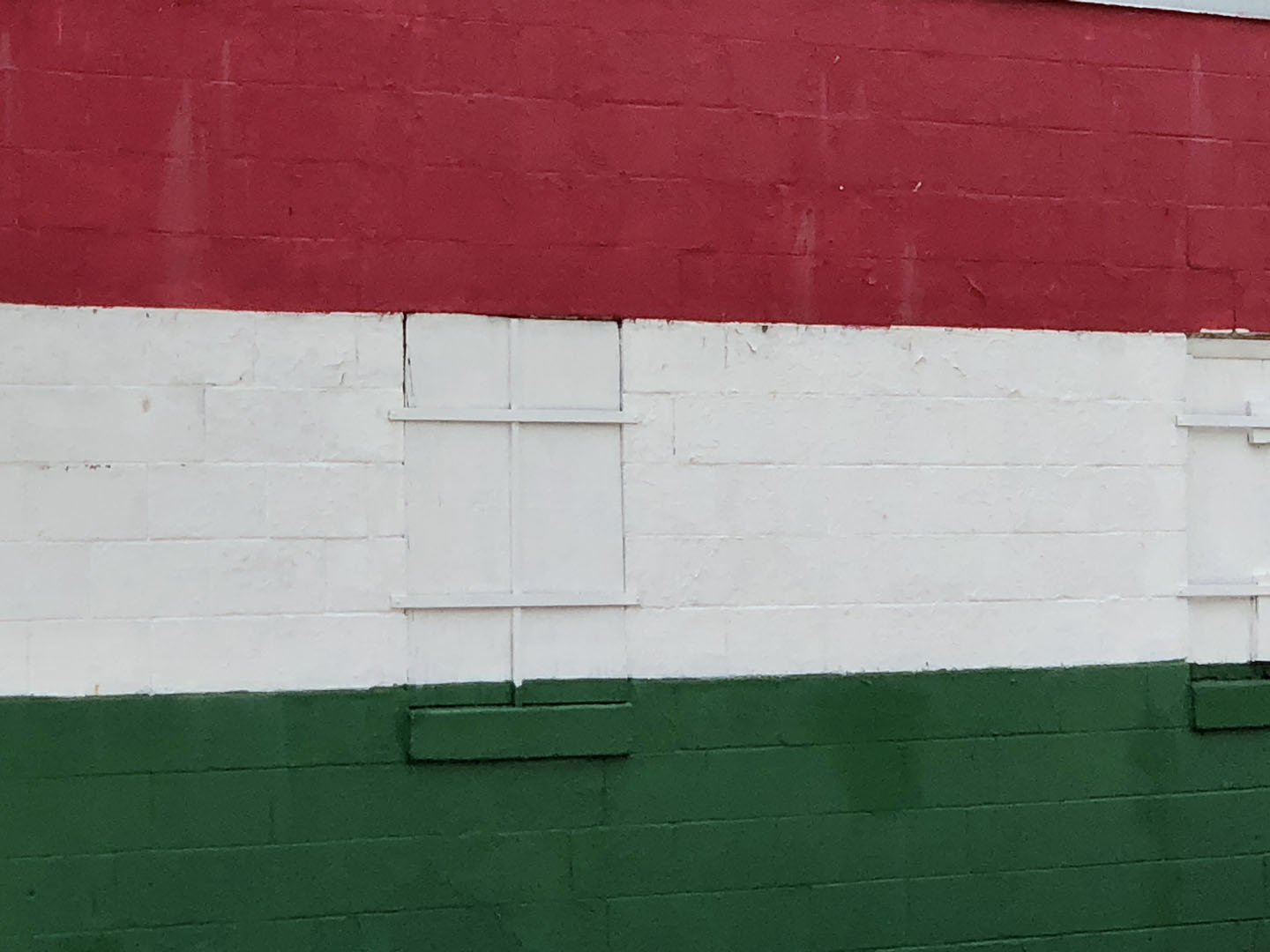 Why is this site endangered?
The building is vacant with potential for adaptive reuse. The site represents diversity in the city’s cultural inheritance and an opportunity to recognize, remember, and preserve overlooked assets. 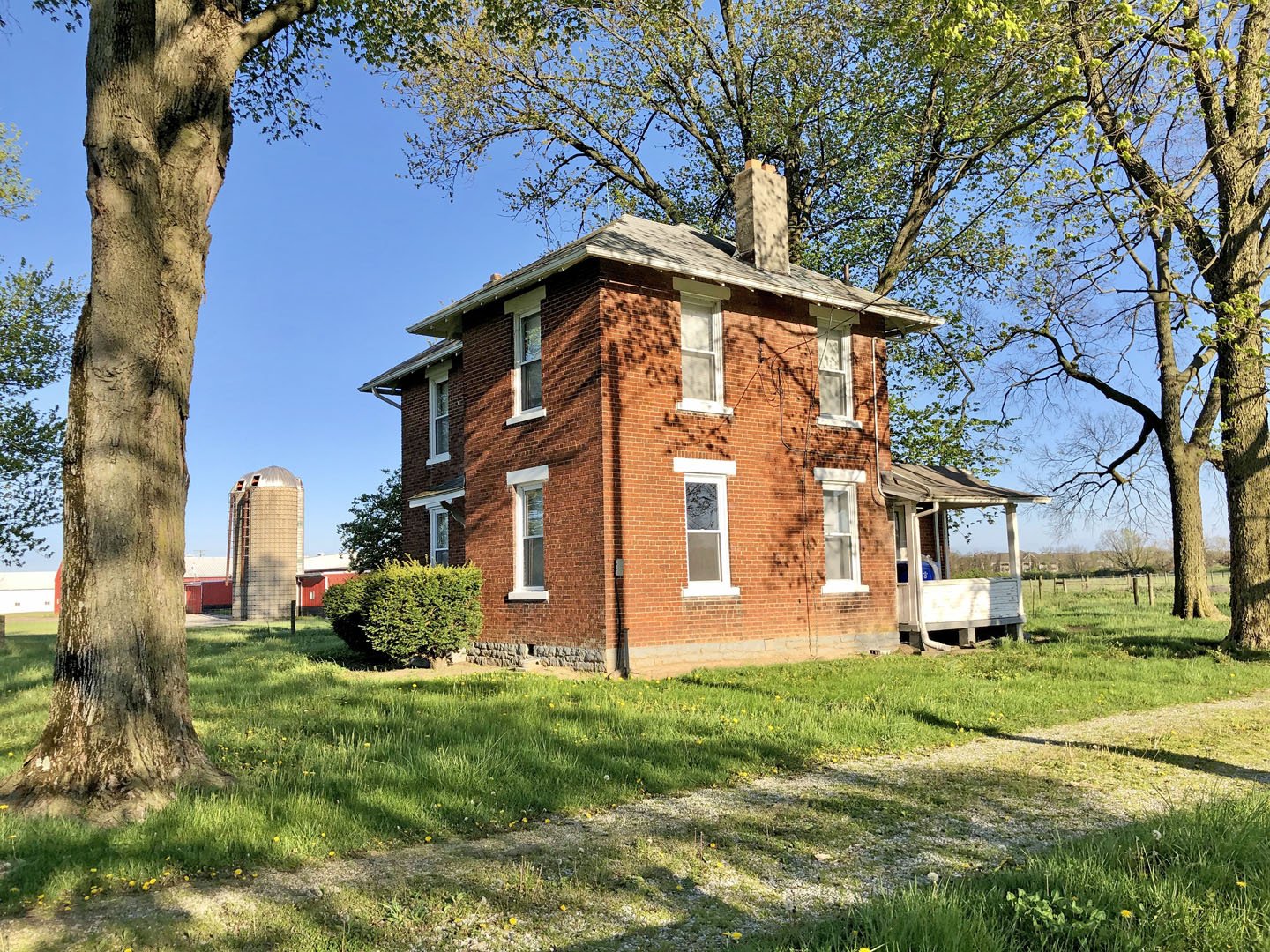 One of the oldest remaining structures in Northwest Columbus, this brick farmhouse is an important example of rural architecture and sits on a 58-acre parcel purchased in 2019 for creation of a new city park and community hub.

Originally owned by William F. and Maude Lane, the house is a simple Federal style with windows that are three-ranked (three windows across on the second story with two windows and a door on the first story), stone lintels, and a hipped roof with exposed rafter ends. The front door overhang and rear extension were later additions. The farmhouse is in fair condition and was in recent use as a meeting space when OSU owned the sheep farm property. 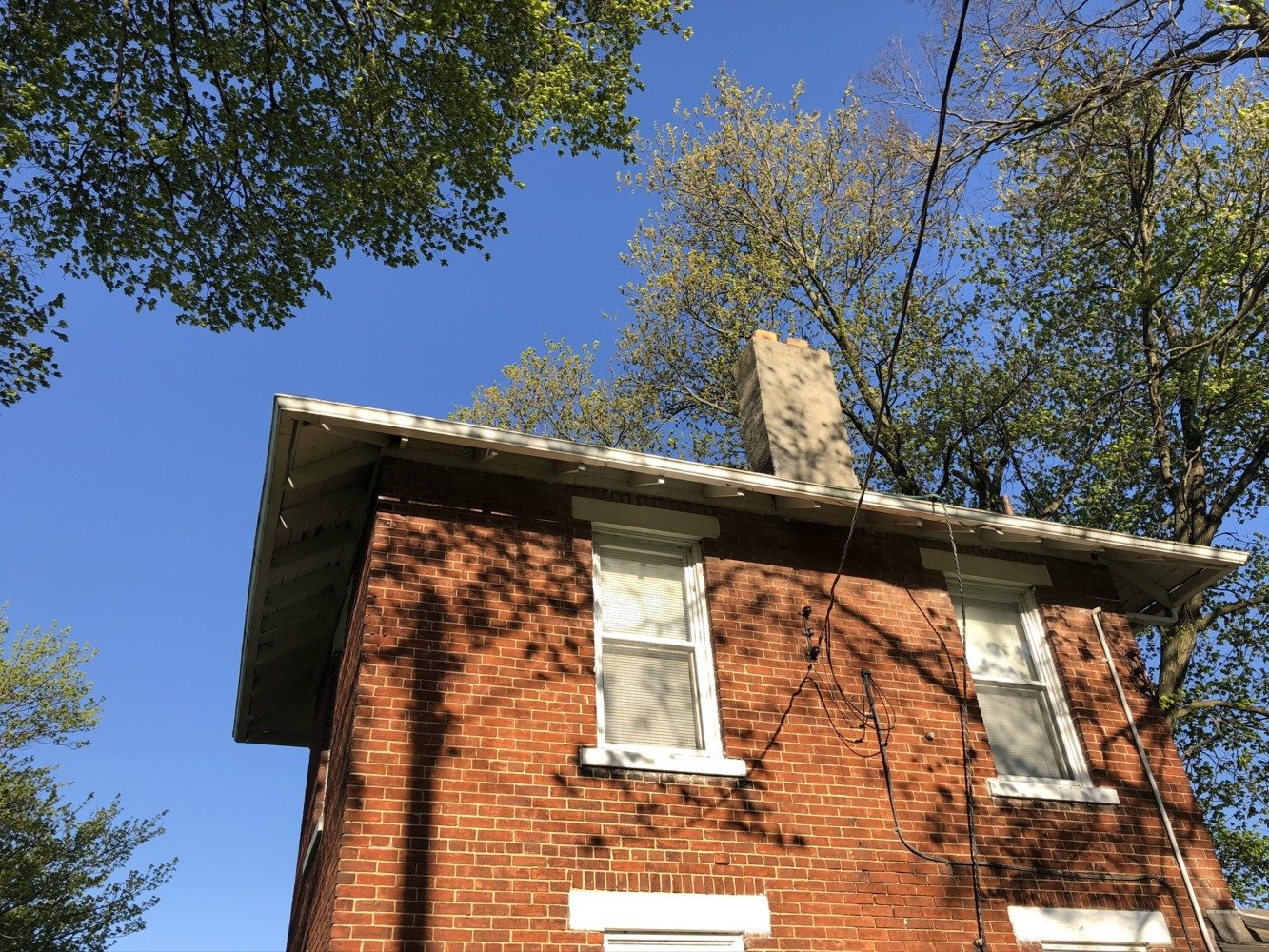 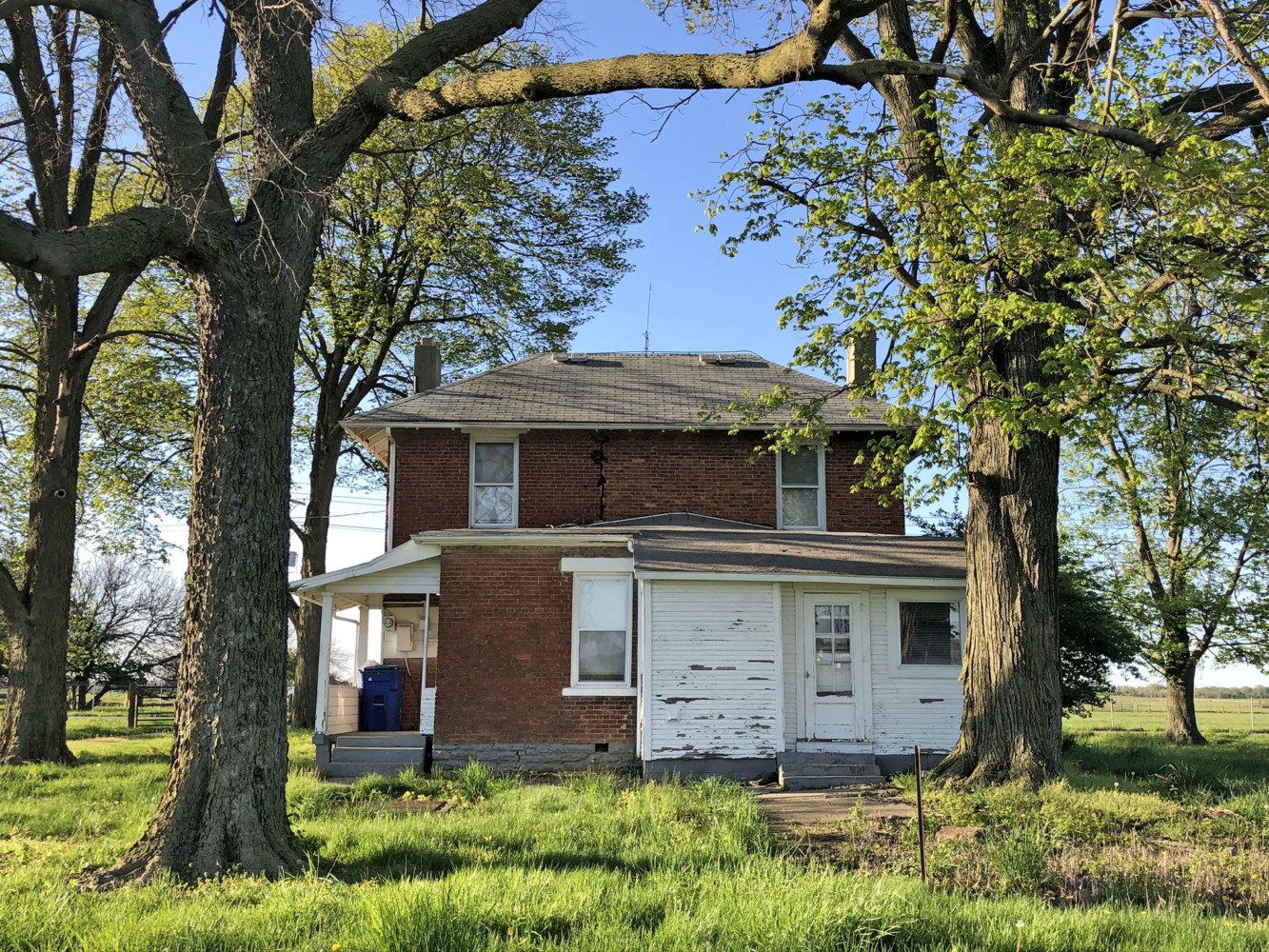 Why is this site endangered?

The Friends of the Historic Sheep Farm successfully advocated for the purchase of the land and creation of the park, and now advocate for reuse of the farmhouse as an information center or meeting space after being told there is no use for the building.

Beyond its aesthetic value, the farmhouse provides an irreplaceable record of rural vernacular heritage and conditions of everyday life, as well as a tangible opportunity to teach children and future generations the history of the area pre-dating intensive development.

Church of Christ of Apostolic Faith

Amidst a country rife with conflict over racial inequalities, the Brentnell Church (as it is also known) served as a beacon for African American religious communities around the country. The church was designed with an eye to the future and to accommodate growth of the Church of Christ of Apostolic Faith congregation that was established in 1910. The building was designed by Sylvester C. Angel, who was in partnership with Leon Ransom, Columbus’s only other black architect at the time.

The iconic facade of the church features a gently sloping roof atop a metal curtain wall supported by a natural stone exterior wall. The stained glass in the transom features an abstracted image of a dove diving from Heaven surrounded by an irregular grid of colorful glass. The interior of the main sanctuary is constructed of natural wood, limestone, and features red carpet. In 1978, large southeast and east wings were constructed and enclose a courtyard.

Why is this site endangered?
Mid-Century Modern church buildings are increasingly vulnerable to deterioration and loss. African American cultural landmarks are overlooked and underrepresented. The Church of Christ of Apostolic Faith is an active community that provides neighborhood outreach including a food pantry, library and Sunday School. Rising costs of significant repairs threaten the long-term survival of this building. 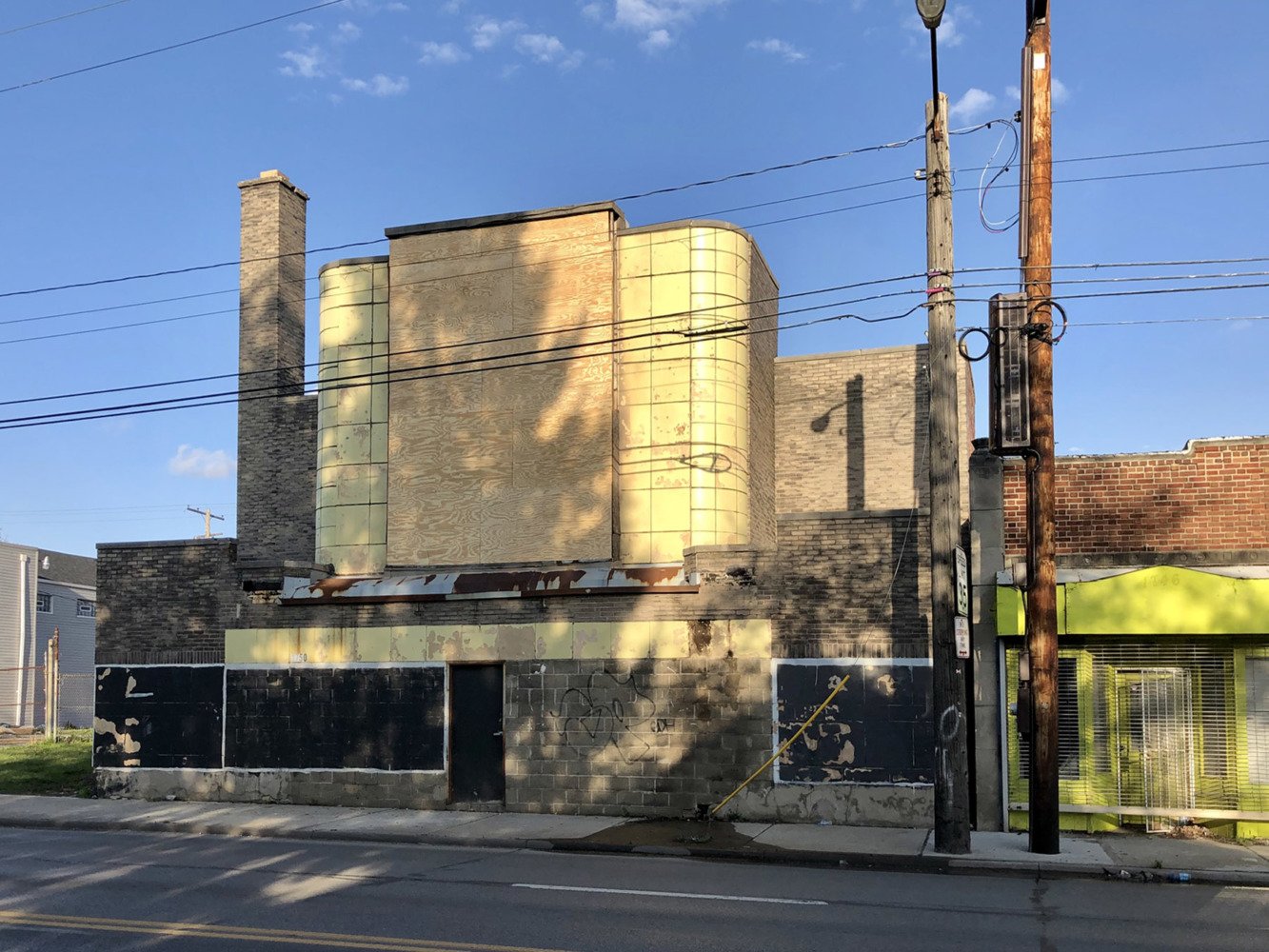 The Art Deco style Cleve Theatre was designed and built by F & Y Construction Company (Leo Yassenoff), and operated as a movie house until 1964. The center section of the front tower featured glass block with a large motorized color unit that projected vertical bands of color. The auditorium featured Hollywood-themed murals that were later installed at the Indianola Theatre (now Studio 35.)

The Cleve was built to an original seating capacity of 700 seats at a time when the neighborhood movie theater was the center of community social life. It opened to much fanfare in 1938, and boasted the latest projector system, audio and screen technology. 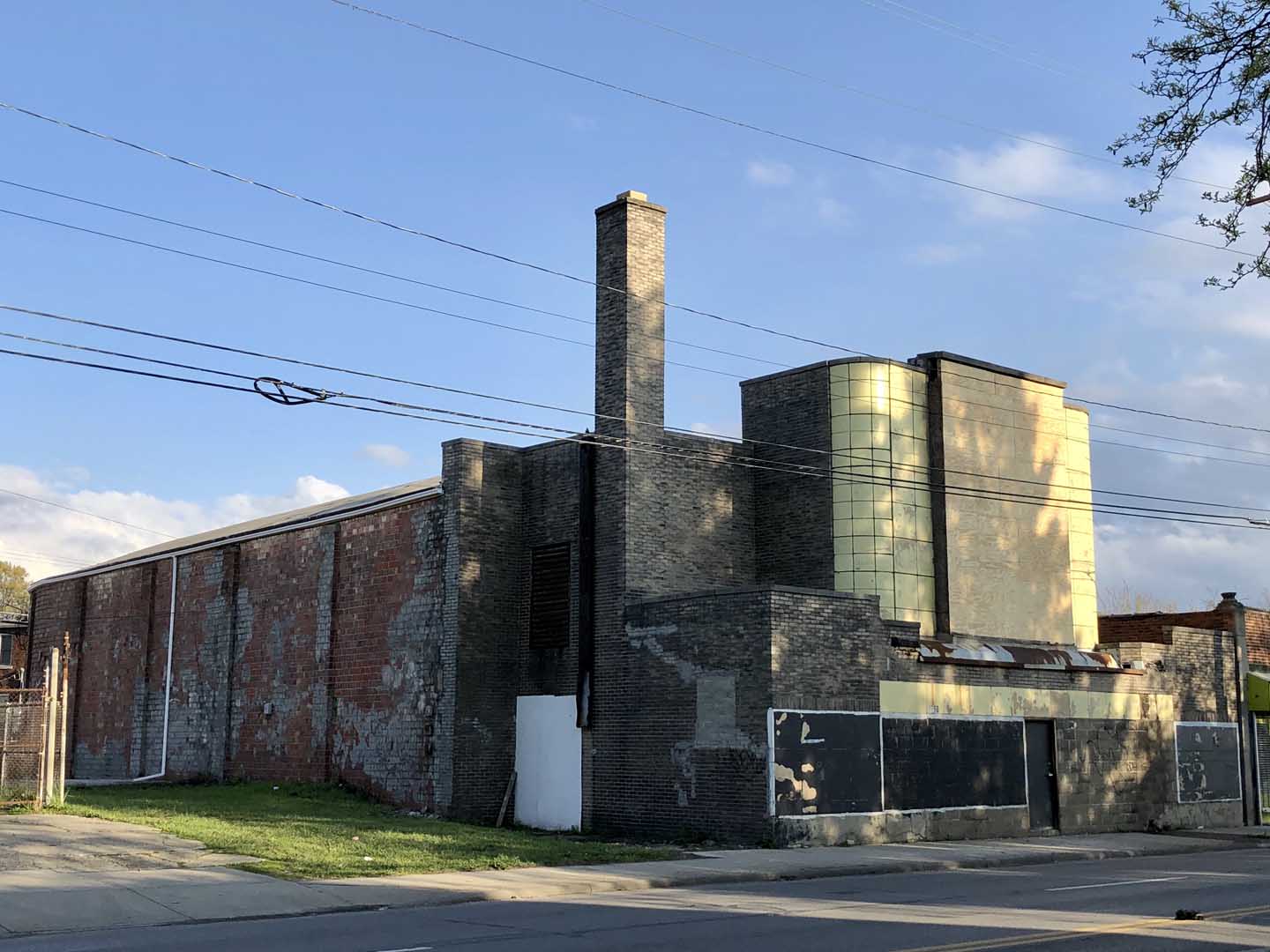 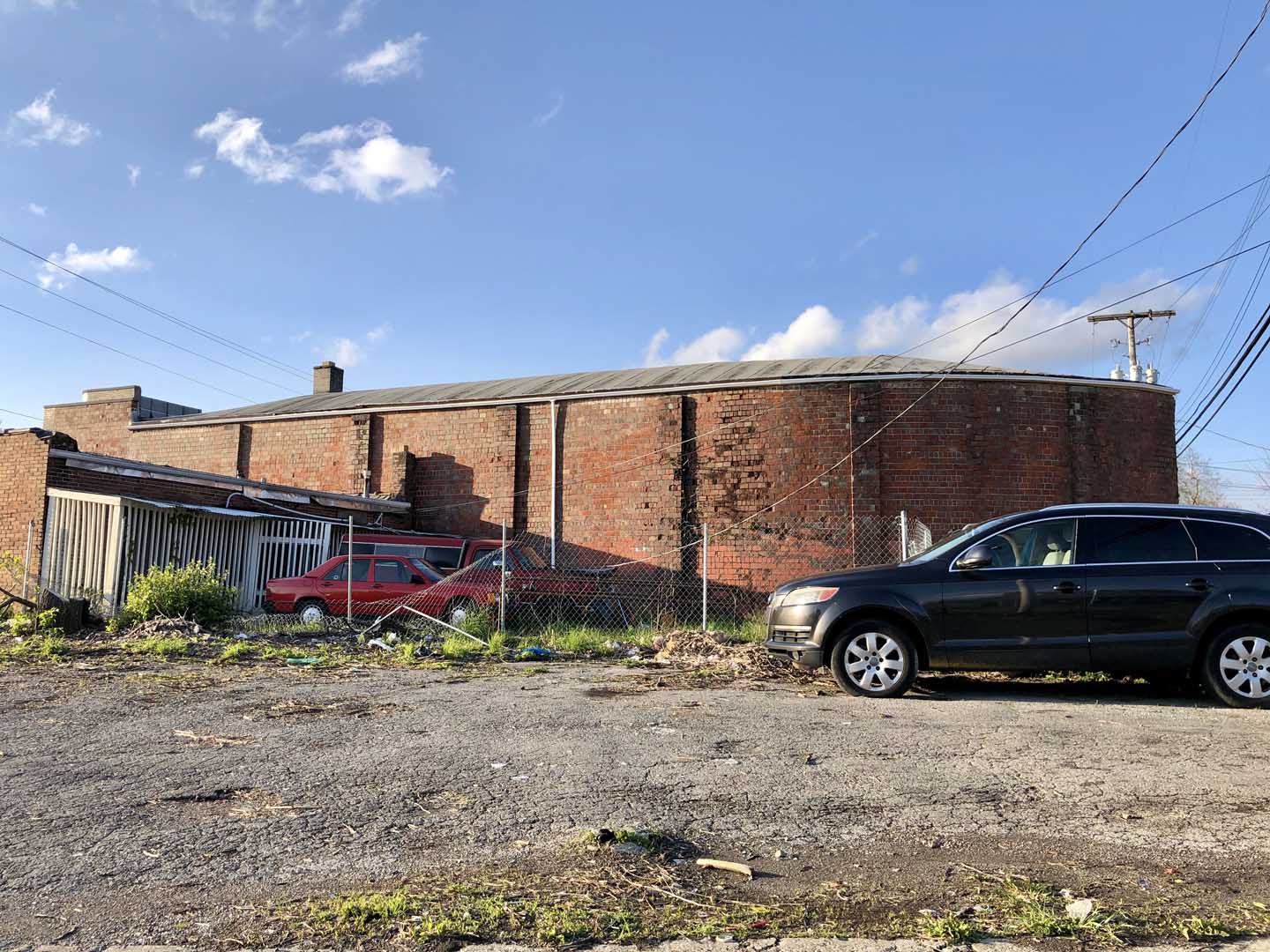 Why is this site endangered?
Although revitalization efforts are underway in South Linden, the building is deteriorated and lacks interior historic features. A plan in 2011 to transform the theatre into a community performing arts space did not happen and the theater was sold in 2018.

Holy Family School was about to open in 1913 when the Great Flood overwhelmed Franklinton and the surrounding area. The basement flooded but the school provided refuge for many from lower ground. The school was designed in a Romanesque Revival style with ornamental parapets. The school was built to serve the Holy Family Parish on W. Broad Street.

An addition to accommodate growing enrollment was completed in the 1930s. Holy Family School closed in the 1960s – the fortress-like building survived the construction of State Route 315 at its front door, but the school did not. The building now houses the Holy Family Soup Kitchen & Food Pantry in the basement and the Jubilee Museum that is temporarily closed. The active Soup Kitchen serves up to 300 in need daily. 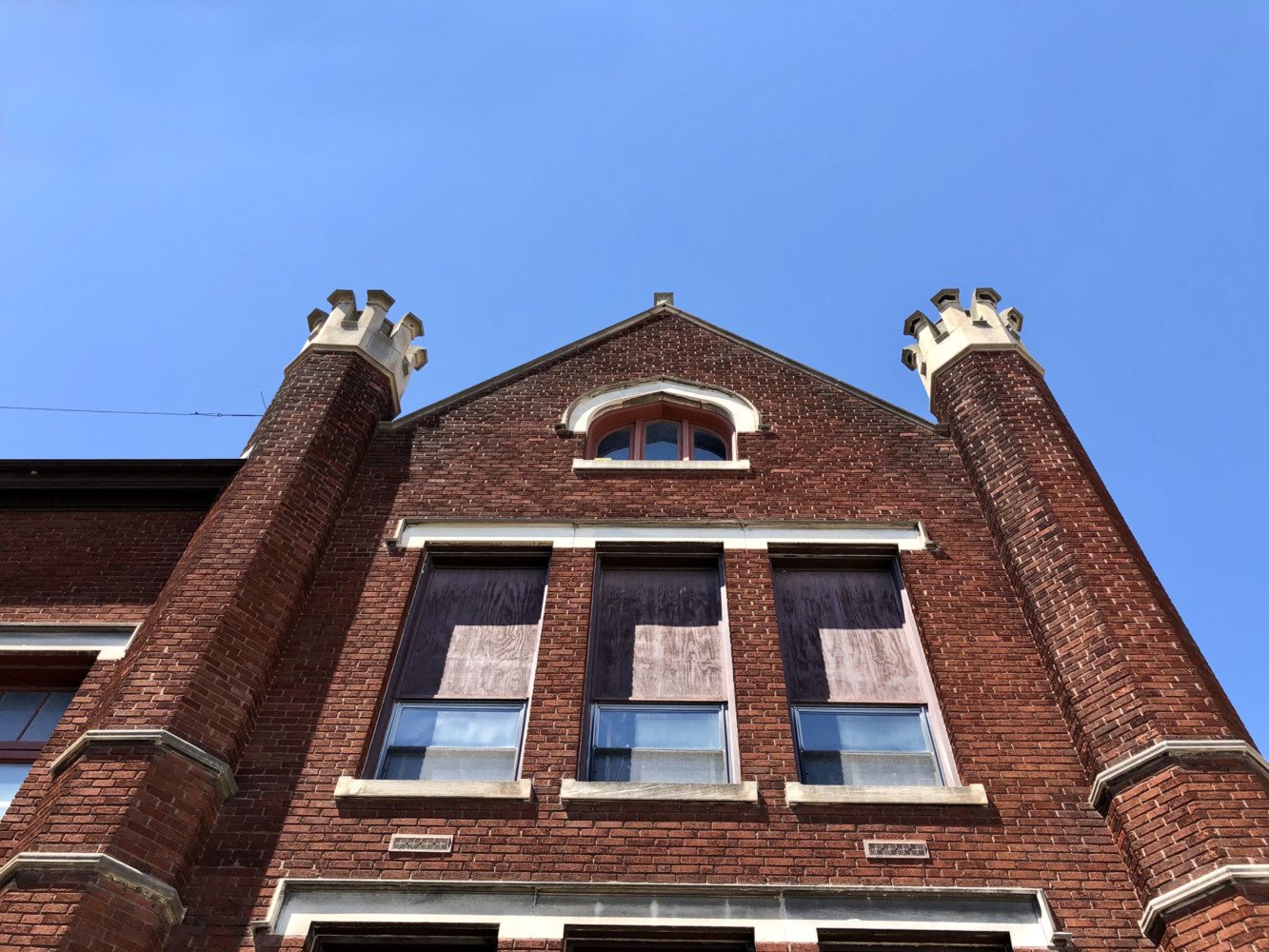 Why is this site endangered?
Development activity in Franklinton puts pressure on this site that is adjacent to several vacant parcels.

The Chesapeake & Ohio Railroad built a receiving yard on the South End of Columbus, and a 27-bay brick roundhouse serviced by a 115-foot turntable in 1927. During the 1950s, as diesel locomotives replaced steam locomotives, portions of the roundhouse at Parsons Yard were closed and unused bays torn down.

Today 15 bays remain and some are used by CSX for storage and garages. The Parsons Yard Roundhouse is one of the last few in Ohio with a turntable.

Why is this site endangered?
CSX Transportation plans to demolish the remaining Roundhouse bays soon.