The Most Beautiful Churches In Columbus

There’s something truly admirable about a beautiful, well-made building.

Columbus has a fair amount of buildings that inspire, but to be honest, we went through a phase where retaining gorgeous buildings wasn’t exactly a high priority. I wasn’t even alive, but I’m still mad about Union Station, Columbus!

One subsect of architecture that seemed to escape the purge is churches. All around Columbus, there are gorgeous houses of worship dotted throughout the communities. Here’s a look at some of the most beautiful. 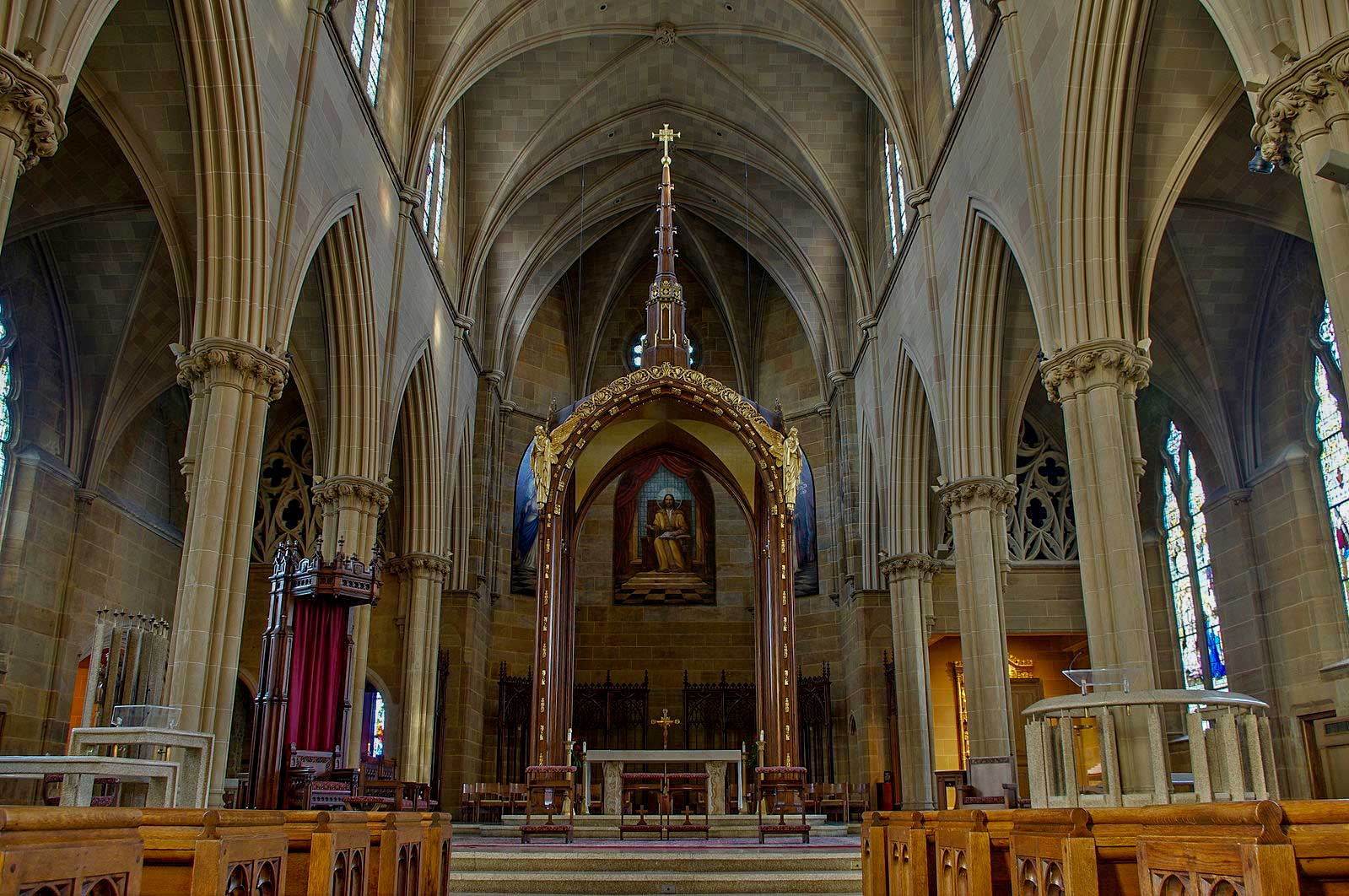 About: St. Joseph Cathedral is one of the most stunning examples of Gothic Revival architecture in Columbus. The building was completed in 1878, mostly out of ashlar stone quarried in Licking and Fairfield county. The church has remained open since then, with a few mild renovations over the years. But mostly, it’s kept it’s iconic look.
Address: 212 E Broad St., Columbus, OH 43215 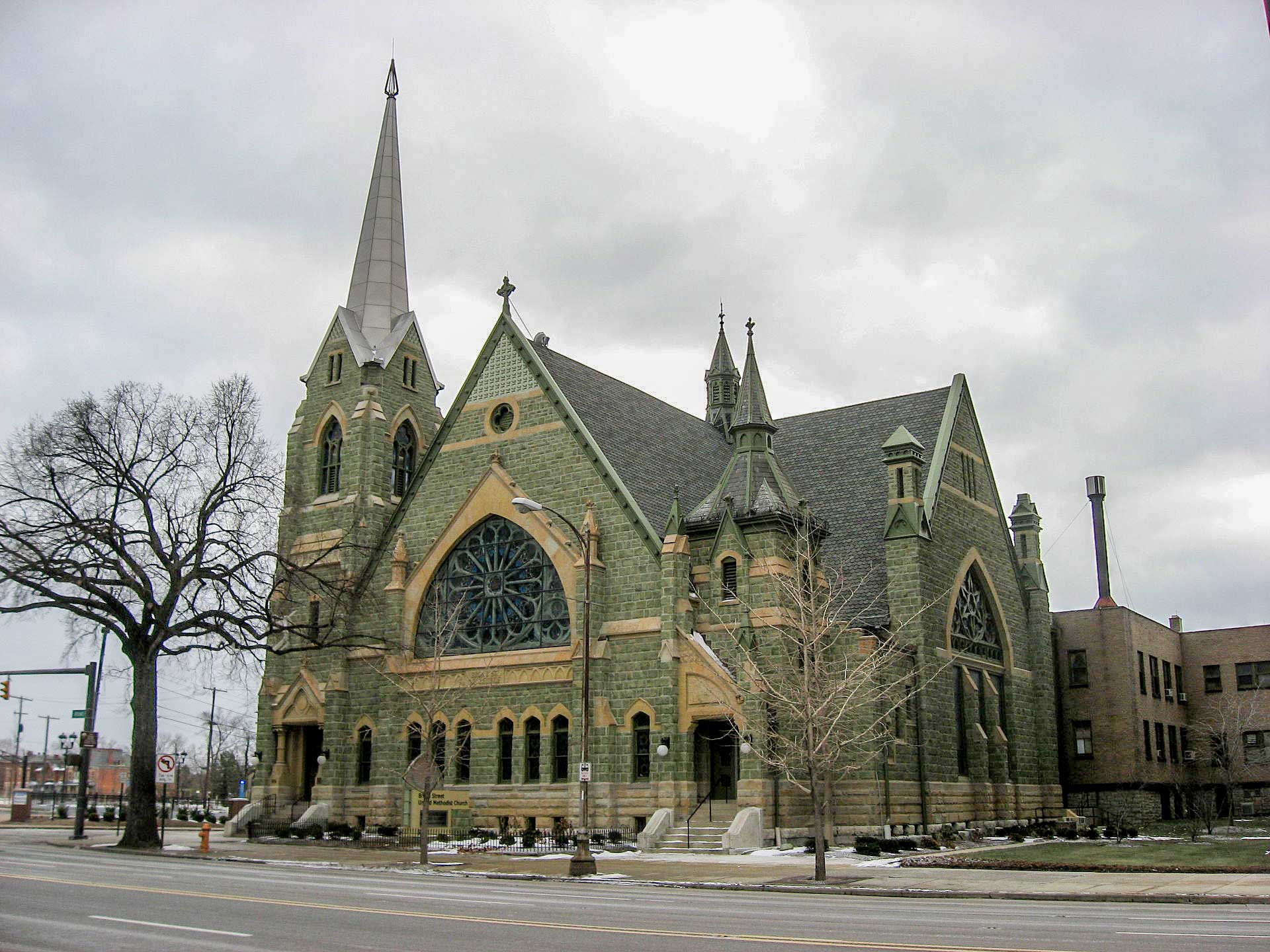 About: Built in 1885, Broad Street United Methodist has been showing off some of the cities most amazing stonework for years. The architecture of the church was designed by prominent Columbus architects Joseph W. Yost and Frank Packard. It was originally built with green serpentine stone which was later replaced by synthetic stone.
Address: 501 E Broad St., Columbus, OH 43215 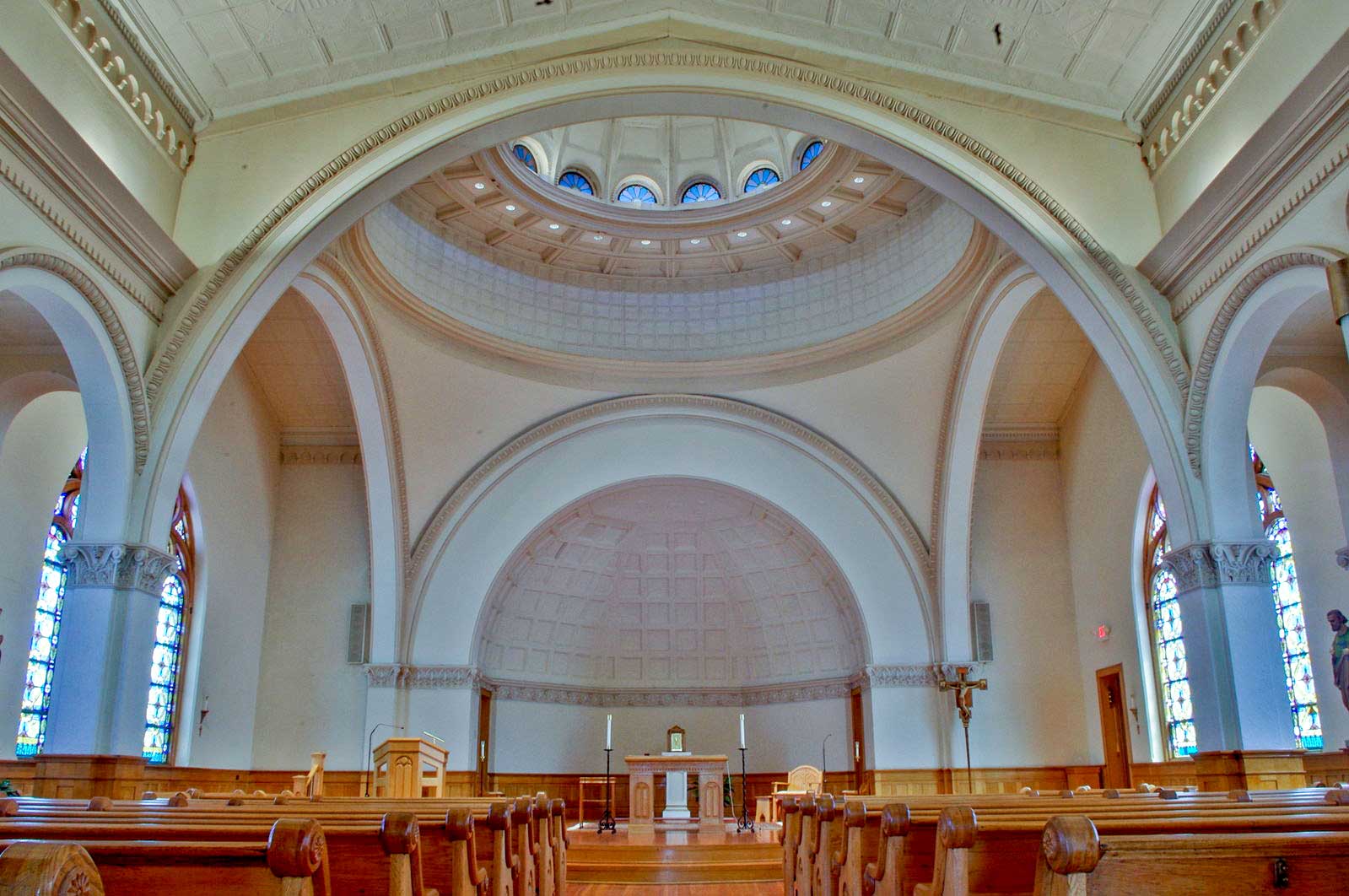 About: The congregation of St. Francis of Assisi originally gathered for worship in an abandoned Methodist church in 1892. Just a few years later, in 1896, the building we have come to know and love on Buttles Ave. was completed.
Address: 386 Buttles Ave., Columbus, OH 43215

About: Trinity Episcopal Church was built in 1866. Yet another example of the Gothic Revival style, this church was designed by architects Gordon W. Lloyd and William Fish. Lloyd was particularly well known in the Midwest, having designed several prominent buildings in many cities, especially Detroit.
Address: 125 E Broad St., Columbus, OH 43215

About: One of the most unique churches in Columbus, Annunciation Greek Orthodox Cathedral is a stunning example of Byzantine architecture. The design style, which dates back to the sixth century, features several unique characteristics, including a large dome.
Address: 555 N High St., Columbus, OH 43215

About: The original part of Bexley United Methodist was built in the late 1920s. Among the most distinguishing features of the Gothic architecture are eight stained glass windows which were designed by a German immigrant, Ludwig Von Gerichten. But the most beautiful part of this church, in my opinion, is the recent addition. With massive windows, a beautiful ceiling, and a long center aisle, the church feels airy and inviting.
Address: 2657 E. Broad St., Bexley, OH 43209 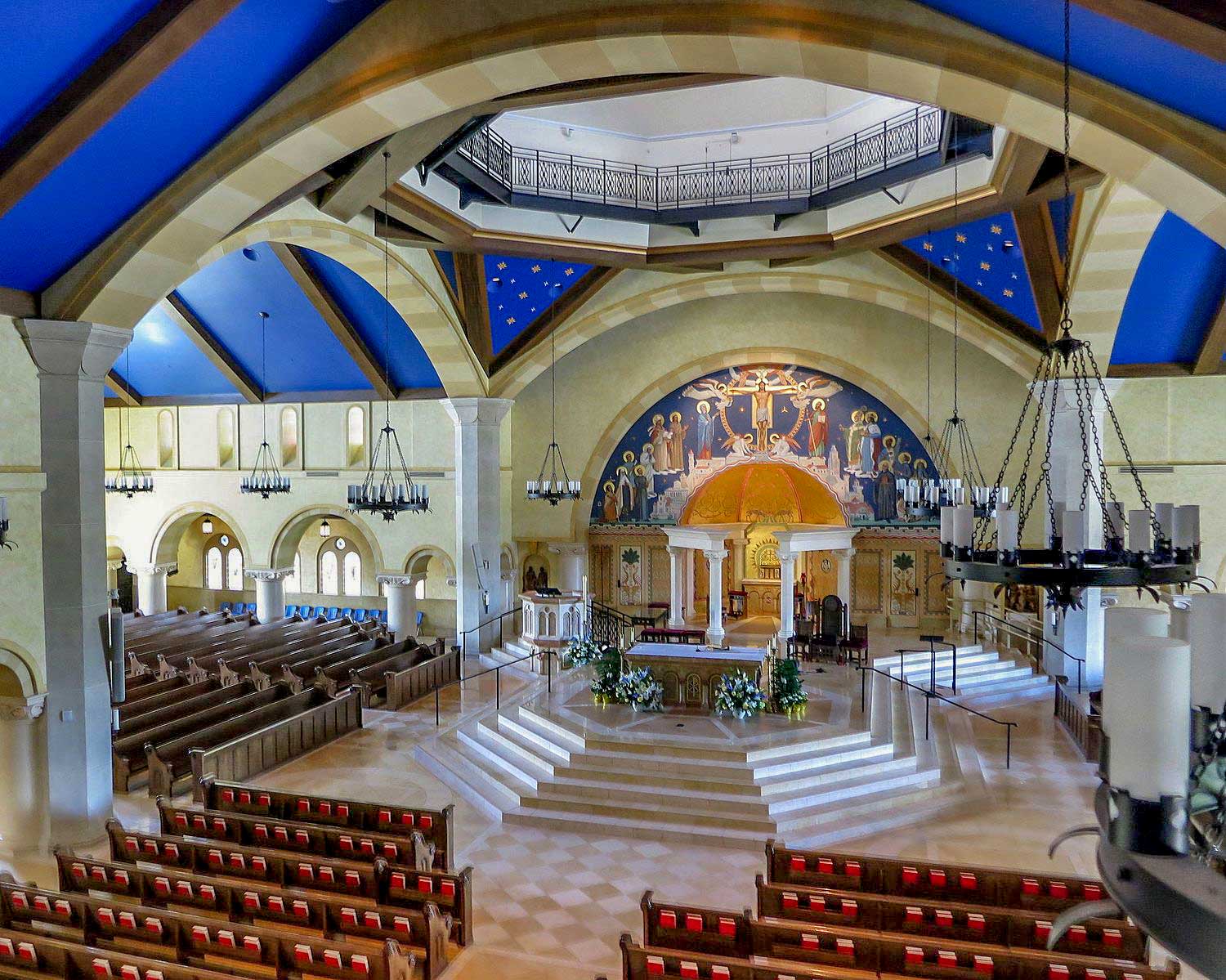 About: Although this incarnation of the church at St. Paul the Apostle was only completed in 2011, the parish itself has been around for over a century. The Westerville church has gained national attention for its beauty, so who are we to disagree. It’s absolutely extraordinary.
Address: 313 N State St, Westerville, OH 43082 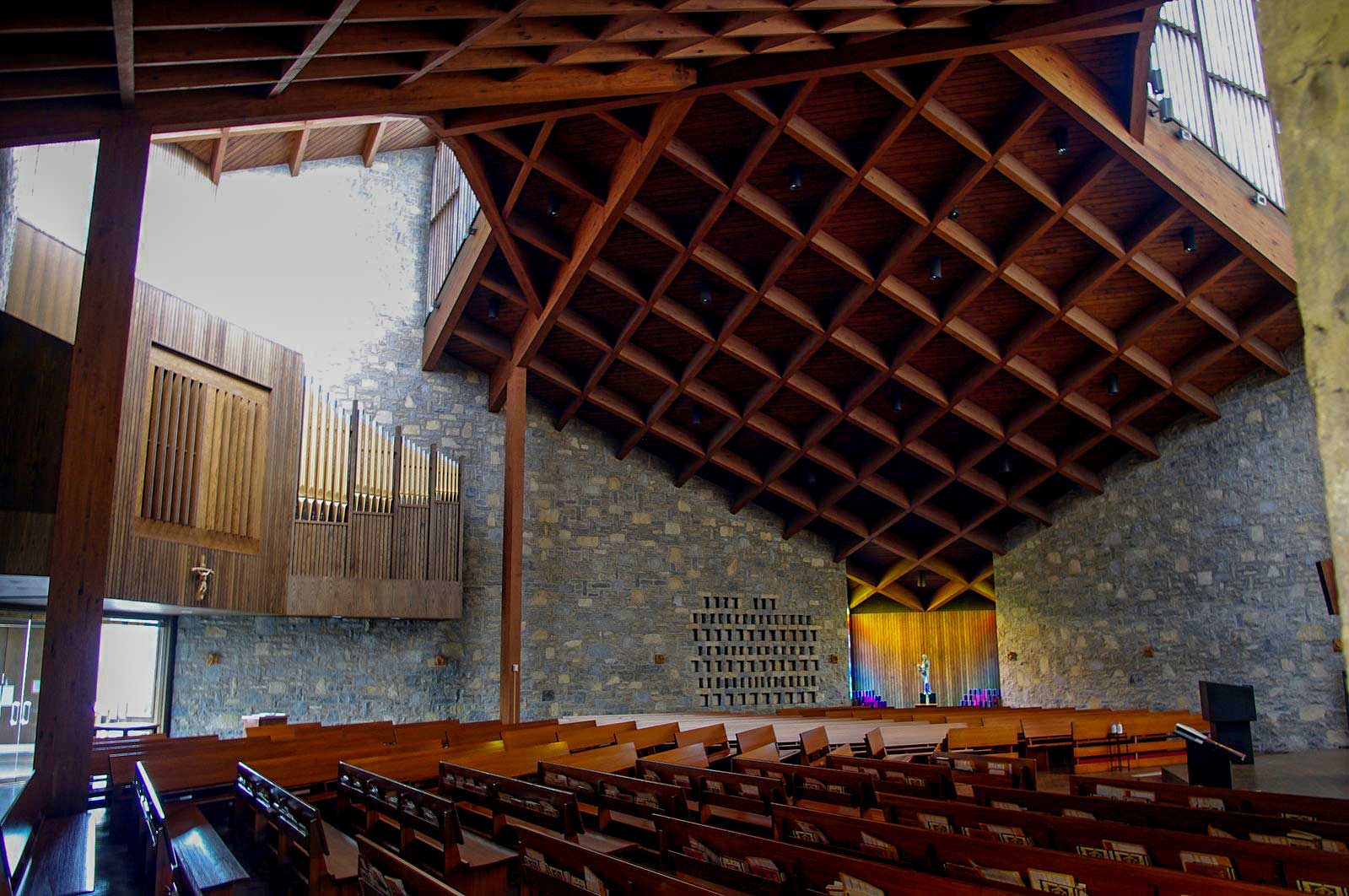 About: Saint Margaret of Cortona, a prominent church for Italian Americans in the 1920s-30s, moved into their current home in 1968. Designed by Italian architect Pietro Belluschi, the church is primarily constructed of limestone. Compared to other Catholic churches, it has a distinct Modern architecture we don’t often find elsewhere in Columbus churches.
Address: 1600 N Hague Ave, Columbus, OH 43204