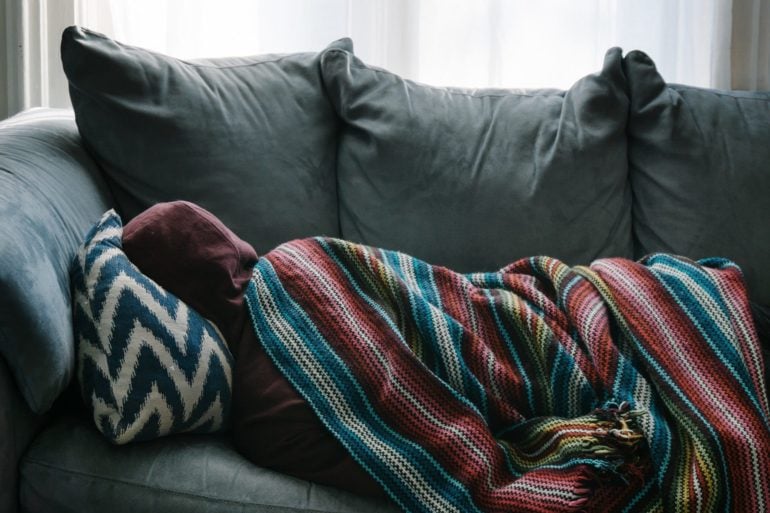 This new perspective comes after a round of norovirus that hit my house in 2017. Watching my wife and kids get sick and suffer was bad; knowing it was coming for me next made it all so much worse. And then it came, and oh god, hopefully never again.

So! Planning for sick-season-2019 has been a thing in my house. I’ve made it a personal project to look at things like air quality in our house (which is a complete rabbit hole to go down), sanitation, and general illness prevention.

Of course, when you have kids in school, and when you have to leave the house…sometimes…ish… you’re always rolling the dice. There’s no silver bullet. But you can put the odds in your favor as best you can.

Which brings us to flu shots!

Two reasons to get a flu shot:

Herd immunity (also called herd effect, community immunity, population immunity, or social immunity) is a form of indirect protection from infectious disease that occurs when a large percentage of a population has become immune to an infection, thereby providing a measure of protection for individuals who are not immune.[1][2] In a population in which a large number of individuals are immune, chains of infection are likely to be disrupted, which stops or slows the spread of disease.[3] The greater the proportion of individuals in a community who are immune, the smaller the probability that those who are not immune will come into contact with an infectious individual.[1]

It doesn’t take many people getting the flu shot to move the needle. (Sorry.)

So, bottom line, getting a flu shot isn’t just about you, it’s about helping babies and the elderly not die from the flu. This really is serious – more than 57,000 people died of the flu in 2014, and even “good” years usually see 10,000+ flu deaths.

The Cheapest And Best Places To Get A Flu Shot

So where can you get this done with a minimum of fuss and out of pocket expense?

ME: im sick—give me ur wizard potions
DOCTOR: for the last time im not a wizard
ME: oh right a wizard never tells
DOCTOR: thats not a saying

The simplest and easiest way to do it is at your doctor’s office, but obviously, that’s only easy if you already have a doctor’s visit happening. This is probably a free option due to Affordable Care Act rules.

Your employer
Definitely check here if you work somewhere that might do this sort of thing. It’s tough to beat the convenience.

Costco
You don’t need a membership! This is one of the cheapest options if you don’t have insurance. It’s just $19.99 in that situation, but, as usual, probably free if you have insurance. More info here.

Drug And Grocery Stores
Most drug stores and grocery stores with pharmacies offer flu shots. These are generally more expensive than Costco (but probably still free if you have insurance – just be sure to check.) CVS, Wal-Greens, Rite-Aid, Kroger, Wal-Mart, and Target are all offering flu shots, ranging in price from $22-$40 without insurance. Some of these places will offer deals for getting a flu shot on site (example: CVS offers $5 off a $25 purchase).

Vaccine Finder
Finally, you can insert your zip code at Vaccine Finder, a website operated by the CDC, and it’ll let you know the closest locations where you can check this off your to-do list.

Get your flu shot, otherwise you’ll end up like Quinn Morgendorffer, and nobody wants that.