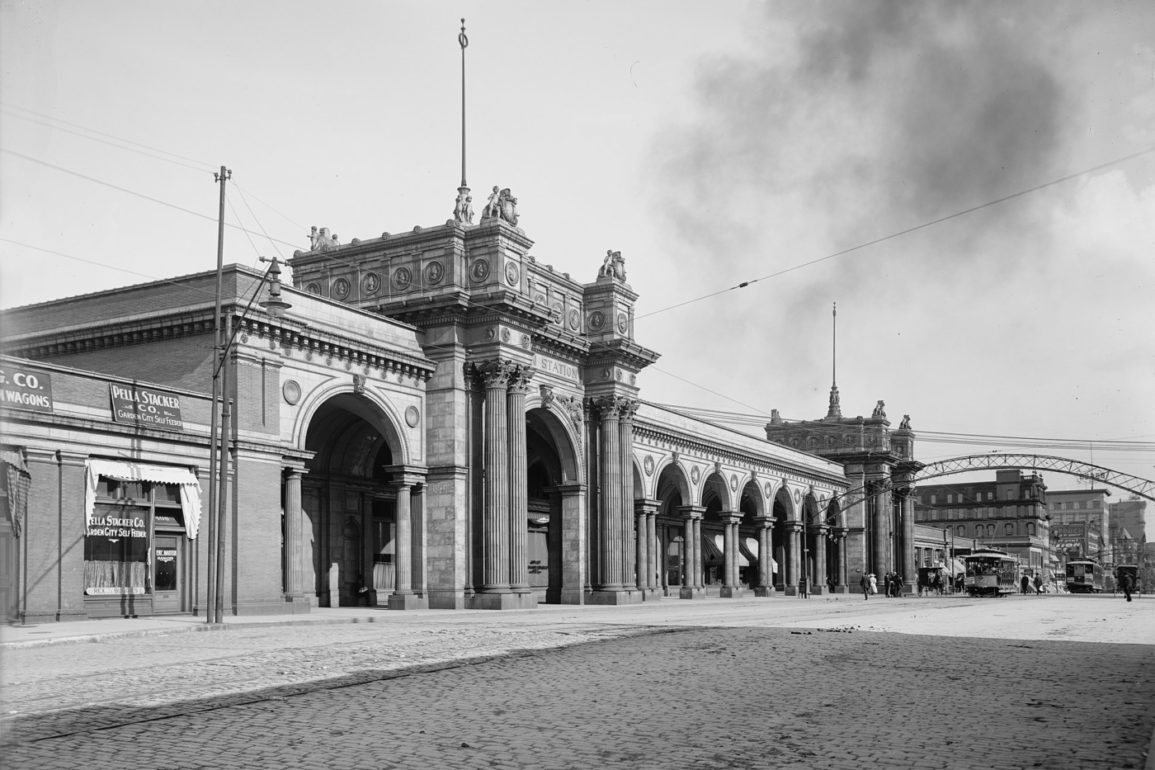 Back in the day, Columbus Union Station was a thing to behold.

There have been three iterations of Union Station and all three served railroad passengers, from regular people to presidents, in Columbus from 1851 until 1977.

The first station building, built in 1851, was the first union station in the world. The second was built from 1873-1875 and it became apparent quickly that the station wouldn’t be large enough for long, due to the boom in both rail and street traffic along High Street.

By 1891, the traffic situation on High Street reached a breaking point. It was reported that the roadway was blocked for up to seven hours per day due to crossing trains, and the city decided to throw support behind a modern, grand station.

So in 1893, a new station was planned by Daniel Burnham. This third station is the one that we all recognize instantly. The station was opened in 1897 and by 1899, the iconic arcade was complete. The arcade was unique to Columbus and was sort of the mixed-use building of its time, with stores and offices built atop the viaduct.

Passenger service began to decline significantly in the 1950s and by the 1970s, things were looking grim for the station. Although it had been placed on the National Register of Historic Places, the arcade was demolished in 1976 to make way for a new convention center.

In 1977, the passenger rail service at Union Station stopped and by 1979, the rest of the station had been demolished. By the time the station closed, daily passenger trains had fallen just 10 per day. The completion of interstates and the increasing popularity of cars were the final nails in the coffin of Union Station.

Of course, a portion of the arcade still exists in Columbus today. It is the magnificent focal piece of McPherson Commons, just across from Nationwide Arena.

As we look at more and more buildings lost to time here in Columbus, I can’t help but wonder when it will stop. As more and more historic buildings are demolished, we lose a vital part of our city’s history.

Want to see more? These Are The 9 Most Endangered Historic Buildings In Columbus (2020)