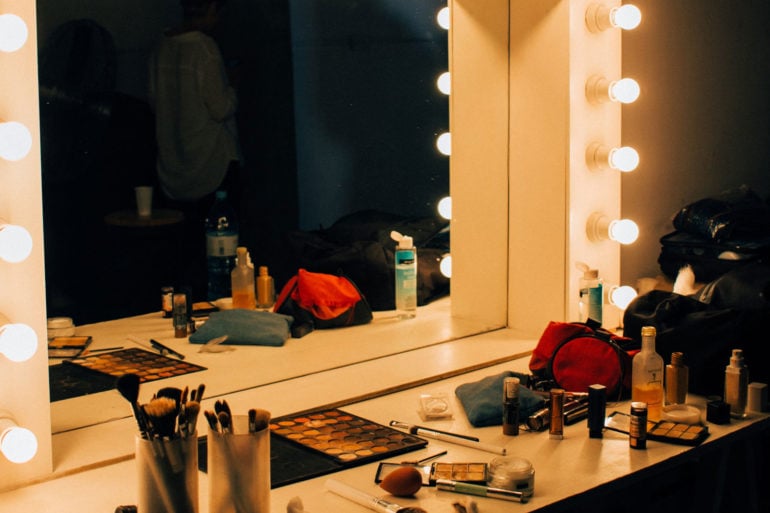 Life As We Know It: Drag In The Middle Of A Pandemic

We even have our own superstar. Nina West calls Columbus her home — performing at Union and Axis, and eventually becoming a worldwide sensation on VH1’s Rupaul’s Drag Race. Drag is a robust part of Columbus’s nightlife. So much so that there is some form of drag show or performance nearly every night somewhere in Columbus.

Thus, there are a lot of local entertainers that perform in numerous spaces all across Columbus, and they’ve been affected by the effective lockdown and closure of bars and nightclubs.

For many of them, drag can be a steady source of income — via booking fees and tips. With the shutdown, many are out of work, and not just from their day jobs. The bars where they perform are closed to patrons for the foreseeable future. And so, many are turning to alternative ways to entertain their fans and make money to pay their bills.

Clinica is a drag performer in Columbus, having performed at several spaces across Columbus. At first, the Governor limited gatherings to 100 people, and performers adapted, but braced for the worse. Then a couple of days later, all bars and night clubs were ordered to close.

In the spirit of drag making the most out of absolutely nothing, Clinica and their friends decided to create a whole new type of drag. They’d do an online live stream where they’d do drag performances and interact with their fans. Fans would tip via apps like Venmo, PayPal, or Cashapp. It was called “the Quarantine Team”.

“I jokingly made a post on Facebook about performing in my own apartment for tips a day or so after venues in Ohio started being restricted to 100 people,” said Clinica. “A friend immediately messaged me and said ‘you need to actually do this.’”

And thus, on March 17th, Clinica, along with drag performers Robyn DaCulyre, Fish Patty, and Riley Poppyseed went online and gave a show.

Clinica is thankful that they’ve already paid their immediate bills, but they also know that things have the potential to get worse in the coming weeks. This show is not only a way to make money, but also a release and a way to focus on the art of drag and entertaining people. For many, when the bars closed, it felt like a light had gone out on so many special people in Columbus. Many felt scared and uncertain of the future of drag, or themselves.

When the bars and clubs were shut down “indefinitely” many were upset — drag queen Anisa Love took to Facebook to share her anxiety and frustration that her Sunday “Church” show had been canceled, putting her, and many others in a more precarious financial state, as well as anxiety over the risks COVID-19 might pose to everyone’s health.

For many in the Columbus drag scene, continuing to perform drag is a way to stay optimistic.
Clinica says “Nowadays, it’s way too easy to fall into a dark mind space, especially since drag gives so many of us that fire to push forward in life. That’s why it’s so important to keep the scene alive in absolutely any way whatsoever.”

Clinica and drag king Riley Poppyseed plan to continue these performances regularly until the restrictions on bars and clubs end.

They aren’t the only one who has decided to take their talents online. Many other performers are doing the same thing.

Activist drag queen Selena T West has a “Drag Queen Story Time” she’s doing regularly. Anisa Love is in the process of formulating a show of some sort possibly complete with dancers to entertain her loyal fans that come out Sunday. Drag Queen Krystal Something Something did a comedic makeup tutorial. Bea Brat did an alternative drag performance on Instagram Live. Show host Brent Fabian has been constantly making entertaining videos with either jokes or singing.

Comedienne Bianca Moore has also been sharing entertaining stories on Facebook live Nina and Virginia West threw on a live stream show at an empty Axis nightclub and used the proceeds to pay multiple local entertainers.

There are countless other drag performers and others who are trying their best to adapt to what will be a mentally and financially trying few weeks.

Clinica admits that there may have been a few technical difficulties, as, for the most part, this is a new concept for everyone. The first show had a couple of glitches as they got into their groove about how to interact with the audience, how to move in front of the camera, or even basic issues with sound. However, when it worked, the magic flowed. The performers — Fish Patty, Robyn DaCultyre, Riley Poppyseed, and Clinica Deprecious gave a nearly two-hour show, complete with dance numbers, witty banter between the guests and performers, and multiple costume changes and looks. Their performances online were just as expressive and offered the same level of energy, effort, and thoughtfulness that an in-person routine would have given.

Despite all of the scary news, people will find novel ways to spread joy and entertainment. It’s amazing how people will still flourish in times of hardship.