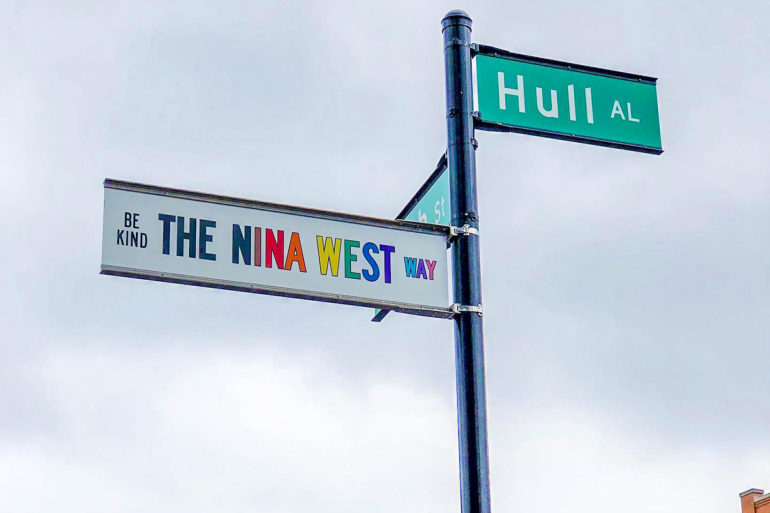 It’s Pride Month, so we’re going to use this as an excuse to do one of our favorite things: Brag about the darling of Columbus, Nina West.

In case you haven’t heard, drag queen, philanthropist, and all around amazing person Nina West has had a pretty spectacular year. She splashed onto the national stage during RuPaul’s Drag Race Season 11 and although she didn’t take home the crown, she was named Miss Congeniality.

Around here, she starred as Ursula in The Little Mermaid, teamed up with Jeni’s Ice Cream for an exclusive flavor, and released two new albums.

From celebrity fans like Rihanna and Leslie Jones to political fans like Rep. Alexandria Ocasio Cortez (D-NY), people all around the world have fallen in love with the sweet, caring queen.

As Nina West, Andrew Levitt has been performing in Central Ohio and around the US for 18 years. The Nina West Foundation has raised over $2 million for charities, continuing that theme of goodwill and genuine concern for others that Nina West embodies.

In honor of all of the joy and kindness Nina West is infusing into the world, the City of Columbus recently renamed Hull Alley at High Street “The Nina West Way”. Crowdfunding on social media paid for the $800 sign, and when the campaign surpassed the required amount, the remaining proceeds were donated to charity.

“Nina West is not only a pillar in the Short North Community, but a leader for equality and kindness,” said Betsy Pandora, Executive Director of the Short North Alliance. “To those of us who have known her kindness for years, it is a joy to watch the nation discover it through her recent success. We join many in our community to celebrate her success and showcase her message with the renaming of Hull Alley as The Nina West West Way.”

This year, Nina West will act as the Grand Marshall of the Pride Parade here in Columbus. This year’s theme is the Power of Pride.

“Nina embodies what Pride stands for,” said AJ Casey, Executive Director of Stonewall Columbus. “Through showing unbelievable kindness and leadership, Nina has shown Columbus what it means to uplift others. Her visibility has only grown, and will continue to grow, but we are so glad that we get to keep a little piece of Nina West’s kindness in our neighborhood. Go Big. Be Kind. Go West.”

The sign will be officially unveiled at the start of the pride festival, Friday at 3 p.m.