Chapman’s Eat Market Is As Beautiful As It Is Delicious, And It’s Pretty Freaking Tasty

One of my favorite things about this job is discovering new places to eat, have experiences, and meet in people in Columbus.

So to say that the last 5 months have been a huge adjustment is an understatement. But even though I’m not going out and adventuring around Columbus in the same ways, I am still getting to have some fun, new experiences. I haven’t been dining in at restaurants this summer, but I have gotten to try some incredible carry-out from places that are both new and new to me.

Matzo Balls, Latkes, And Sandwiches, Oh My! A New York Style Deli Is Headed To The Short North

Hands down, one of my favorite new spots is Chapman’s Eat Market. I first heard about Chapman’s when they were doing a pop-up at The Lox Bagel Shop back in February. I ended up being out of town that weekend so I wasn’t able to try their food and I’ve been low-key salty about it ever since. 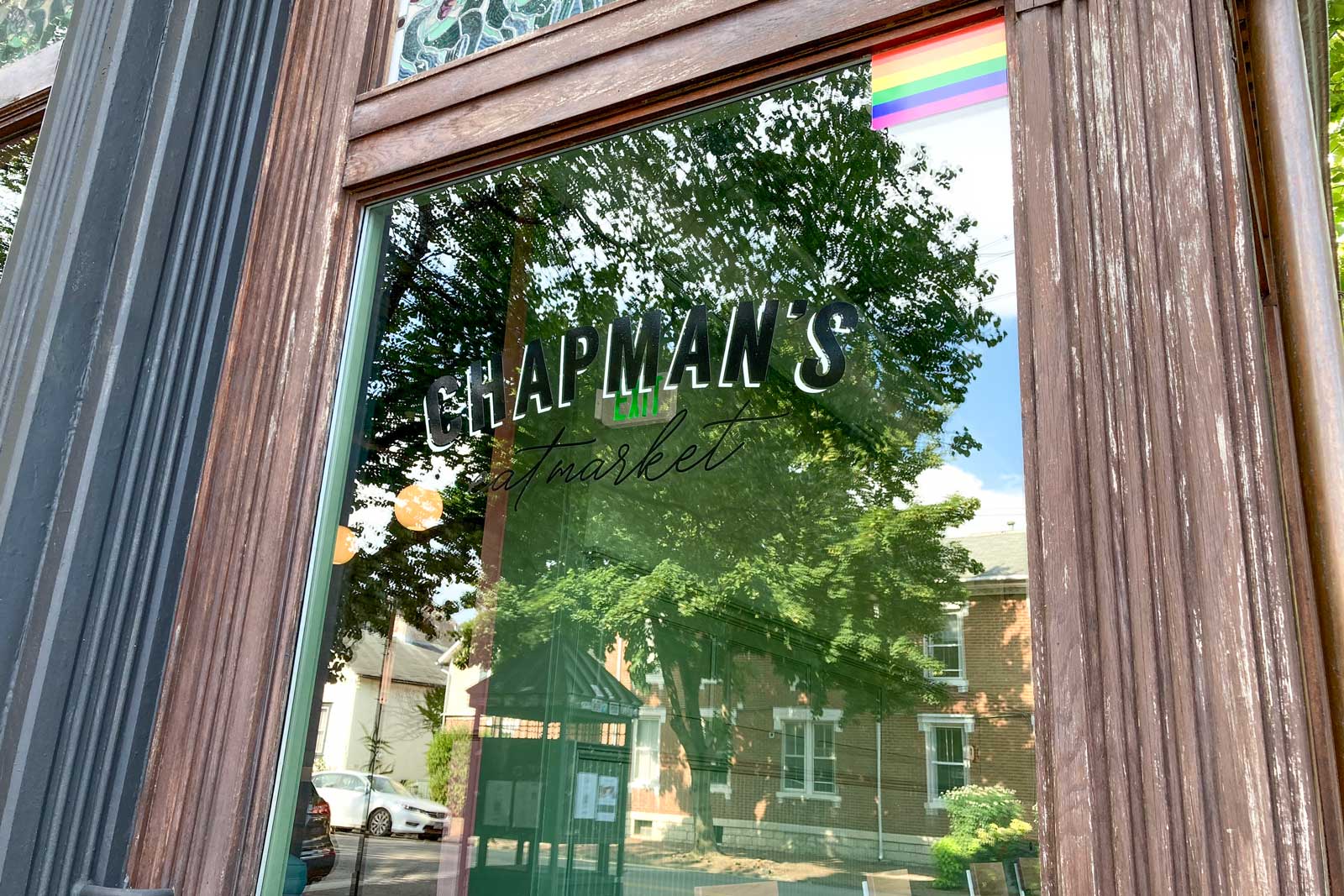 But now, the wait is finally over. Chapman’s Eat Market opened at 739 S. 3rd Street in German Village (formerly Wunderbar and Max & Erma’s) on August 14th and people have been raving about it ever since.

Before we even get into how delicious the food was, I just want to take a moment for you to fully appreciate how stunning the inside of this space looks! The floral wallpapers, the muted pastel colors, and the modern touches throughout have transformed an already cozy bar and restaurant into a downright charmer.

For now, Chapman’s Eat Market is carry-out only, but you should definitely admire the beauty of the design in this place while you’re picking up your grub.

I’m usually a fairly decisive person when it comes to choosing something off of a menu, but everything sounded so good that I didn’t really know where to start. One thing I knew I’d be ordering for sure was ice cream.

Chapman’s has its own ice cream that comes in pints and on a hot August day, it is well worth adding to your order. I wanted to try a non-dairy option and so the Horchata made the cut. The flavor was fantastic, with the oats and almond milk perfectly complimenting the cinnamon. I have a feeling that in the fall, this flavor is going to become a favorite.

Since I was still facing some slight indecision about the main meal, I decided to keep it simple and go for some classic items. First up was the Chapman’s Burger. We ordered the double cheeseburger, which comes with two patties, American cheese, pickles, onions, and Chappie’s Sauce. I know I threw the sauce on there at the end, but it deserves a place of honor because it was so flavorful.

We also ordered the Karaage Chicken Sando which exceeded our very high expectations. The chicken was perfectly fried, the pickled cabbage was divine, and the bulldog sauce brought it all together in one delightful bite.

We paired both sandwiches with a side of shoestring fries which were also, unsurprisingly, fantastic. Our food from Chapman’s hit every single mark. The take out packaging was simple and recyclable and even though we only live a few minutes from the restaurant, our food was still perfect after our mini photoshoot on the front porch.

Overall, if you’ve been looking to treat yourself to some carry-out, Chapman’s Eat Market needs to head to the top of your list. I absolutely cannot wait to go back myself, especially when I can hang out in their beautifully renovated space.

Chapman’s Eat Market is open Tuesday-Saturday from 5 p.m. to 9 p.m. You can get more information, and order online, right here.