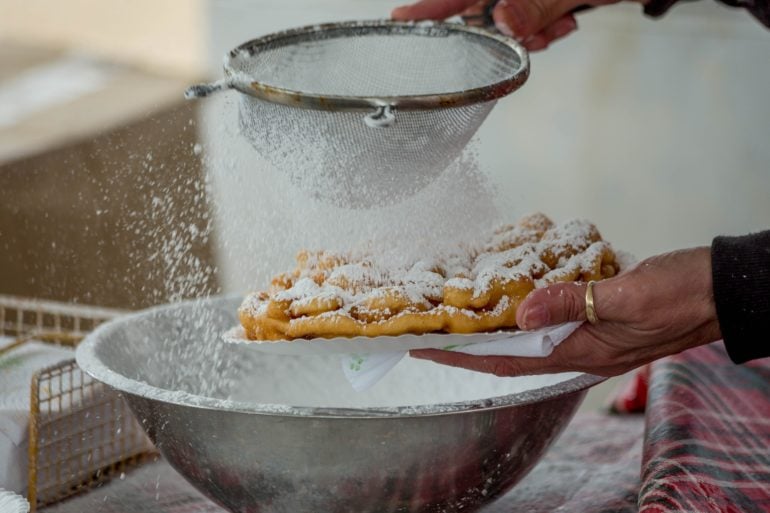 8 Guilty Pleasure Foods To Find At The Ohio State Fair

Because what you’re really looking forward to every year at the fair is which new foods you get to shovel down next.

I’ve lived my entire life in Ohio. And through the rapidly alternating humid to freezing weather, pretending not to know my friends when they do “OH-IO” shouts at the bar, and bandwagon Pittsburgh fans (seriously, what is WRONG with all of you, we need start that conversation) I’ve endured it all.

You can chalk it up to an unwavering love of my state, or a fear of change, or even an unabashed laziness of which I’m guilty, for sure. But the real reason I’ve never left, the one thing that keeps me here when I’ve gone beyond frustrated with my Buckeye home, is fair food.

Yep. You can judge me if you want to Columbus, that’s not gonna make it any less true. Ohio Fair food is literally the only reason I haven’t left you. Don’t give me that look, you knew what this was. The Ohio State Fair is one the largest state fairs in the entire U.S. and if there’s one thing Ohio does amazingly well, it’s food. So of course, when the Ohio State Fair throws down every summer, we bring the end all be all of food hammers down like a giant, cartoonishly large mallet made of meat smack dab in the middle of the city.

If that image itself doesn’t get you to lick your chops, these awesome fair foods will. Here are all the awesome new foodstuffs that the Ohio State Fair will be bringing into town this year. Get psyched Columbus, I know I am. Also, you know I’m kidding about the whole leaving you thing right? Come on Columbus, you know I love you.

Where in the fair:  Mickey Shanks, Cardinal Plaza between Lausche Youth Center and AmeriPark.

A post shared by A Dash of Luck – Baked Goods (@a_dash_of_luck_baked_goods)

Where in the fair:  Squeaky’s Cheese Curds, West side of Nationwide Donahey Land & Living Bldg. near east edge of Meijer Kiddieland.

Where in the fair: The Giddy Piggy Extreme Grilled Cheese, west side of Nationwide Donahey Land & Living Building.

Where in the fair:  WNCI Food Highway, southeast corner of Bricker MarketPlace Building

Where in the fair: KG Concessions, Near Taste of Ohio Café and ShowPlace Pavilion.

Where in the fair: Tracey Company, WNCI Food Highway at the north end of Bricker MarketPlace Bldg. near the Brown Bldg.

Frozen Cheesecake On A Stick

Where in the fair: Maggie’s Concessions, WNCI Food Highway on east side near Bricker MarketPlace Building and Paddock.

For more info on the Ohio State Fair and vendors, visit their website here.