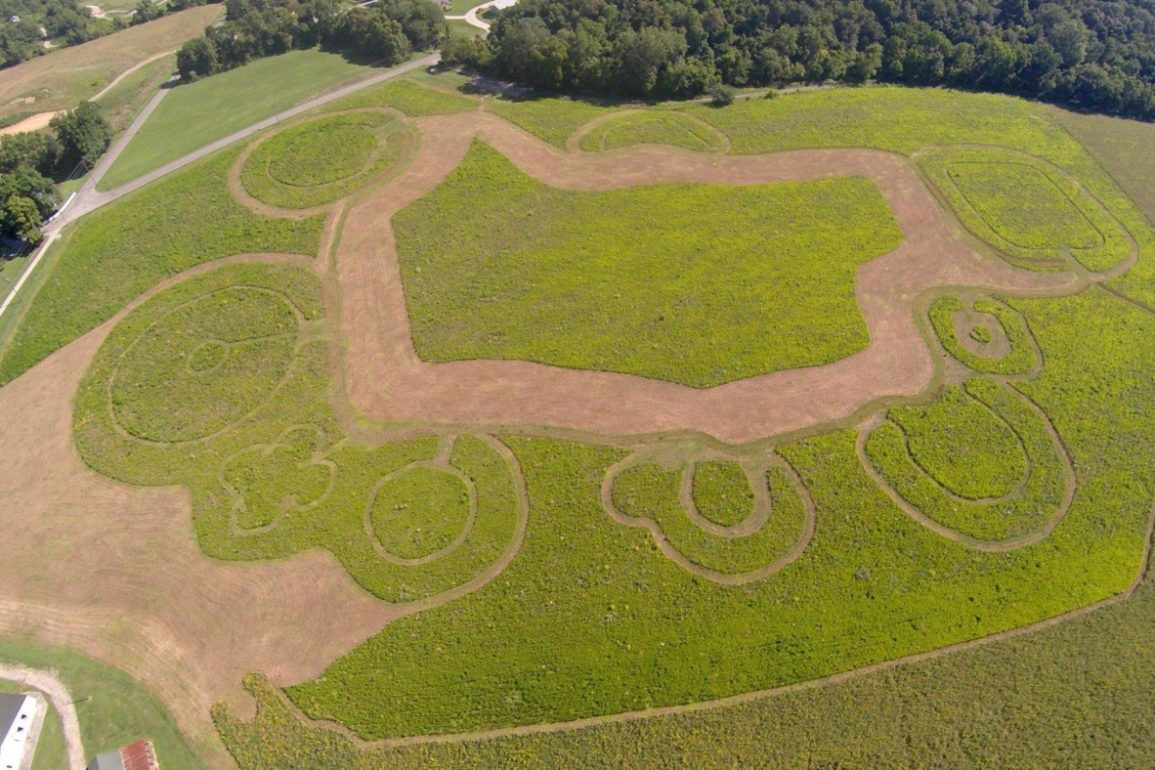 Seven years ago, a coalition of non-profit organizations teamed up to save one of the most impressive historical features in Ohio.

Junction Earthworks is a 2,000 year old ceremonial site, built by the ancient people of the Hopewell culture. The property was set to be auctioned off in 2014, but it’s nine ancient earthwork enclosures were saved and turned into a public park.

Around 1 C.E., a new Native American culture developed in Ohio. Called the Hopewell culture, it doesn’t refer to a particular Native American tribe, but rather it’s a name for the distinct artifacts, earthworks, and burial practices of sites all around southern Ohio from 1 to 400 C.E.

A typical Hopewell culture settlement included one or a few families living in rectangular houses with gardens. In addition to hunting, fishing, and gathering wild foods, the people of the Hopewell culture also grew domesticated plants, including squash and sunflowers.

The Hopewell culture had a vast social network that stretched across the country. Their ceremonial earthworks are incredible, built in geometric shapes and often aligning with the movements of the Sun and Moon. Many of the earthworks include large burial mounds where people of note, including religious figures, were buried with special objects.

Junction Earthworks is one of the most impressive examples of those ceremonial sites. The nearly 200-acre site has hiking trails with gorgeous views of the area as well as an information kiosk. The foundations of the earthworks are intact below ground, and since they aren’t visible to the eye, Arc of Appalachia and Heartland Earthworks Conservancy have been working to selectively mow the grass around the earthworks.

In their original form, the ceremonial enclosures were raised with earthen walls and ringed with ditches. One particularly interesting earthwork is in the shape of a four leaf clover, aka a Quatrefoil. This earthwork is unique because that shape has never been found in any of the other dozens of Hopewell earthworks. The special enclosure was located in 2006 during a magnetic survey of the property.

The park has been cleared of invasive species and a field of wildflowers blooms every summer, giving the area a downright magical vibe.

There are a few different trails you can hike at Junction Earthworks, but the “must-do” trail is the Earthworks Trail. It’s a .5 mile loop and an easy trail that begins at the Trailhead Parking Lot. You’ll walk through the field containing the 9 earthworks where you can get an up close view of these wonders.

Junction Earthworks, is open to the public 365 days of the year from 9 am to sunset at no charge. The preserve is located at 1143 Township Hwy 377, Chillicothe, OH 45601. You can find detailed instructions on how to find the preserve here.

Want to see more? These Ancient Ohio Earthworks Are Thousands Of Years Old