Where To Find The Best Apple Pie In Columbus 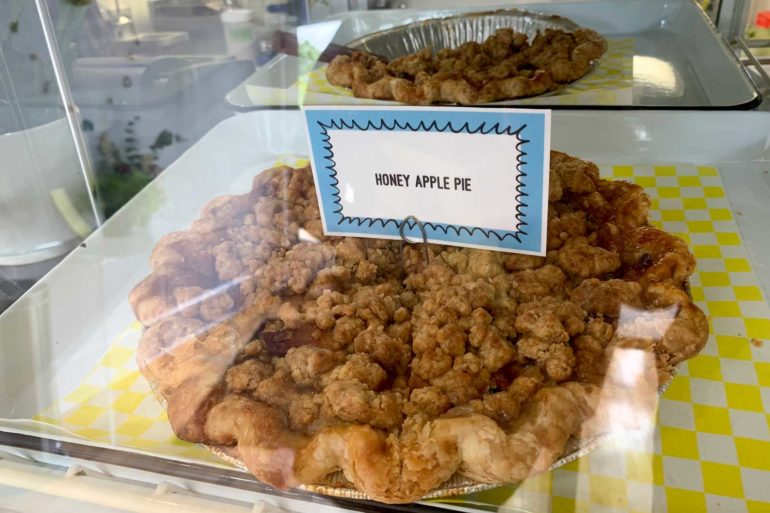 Nothing says “Hello, September” quite like a warm, yummy slice of apple pie.

If you’ve perfected your quarantine baking skills, you can hit up an apple orchard and bake your own! I’m not quite there yet when it comes to my baking skills, so I’m going to go the old store-bought route. But don’t think for one second that they won’t be delicious.

Columbus has some fantastic bakeries and several of them make some pretty heavenly apple pie. If you’re looking to dive headfirst into fall-ish flavors, stick around my friends.

You can’t talk about any sort of baked goods in Columbus and not mention Resch’s Bakery. From birthday cakes to donuts, they really can do it all. When heading to the bakery for apple pie specifically, you can choose between their Cinnamon Apple Pie and their Dutch Apple Pie. Both are fantastic and it really just depends on if you’re looking for that crumbly Dutch Apple Pie top or the more traditional lattice of the Cinnamon Apple Pie.
Location: 4061 E Livingston Ave, Columbus, OH 43227

The pie of the month for September at Just Pies is an Apple blackberry pie with a pecan cinnamon streusel. Talk about mouthwatering! If you’re not feeling too adventurous, you can also order up their Apple or Apple Crumb pies. The pies come in 3 sizes, 6-inch, 8-inch, and 10-inch, and vary in price from $7-$20.
Location: 736 Northfield Rd # 1, Westerville, OH 43082

If you’ve never eaten at Der Dutchman, I’m tempted to tell you to quit reading and place an order. Everything on the menu is delicious but their pies are out of this world. Obviously, you could go to Der Dutchman and get the regular apple pie, but you would be missing out on the best Dutch Apple pie in Ohio. I said what I said and I meant it. The BEST Dutch Apple Pie, friends.
Location: 445 S Jefferson Ave, Plain City, OH 43064 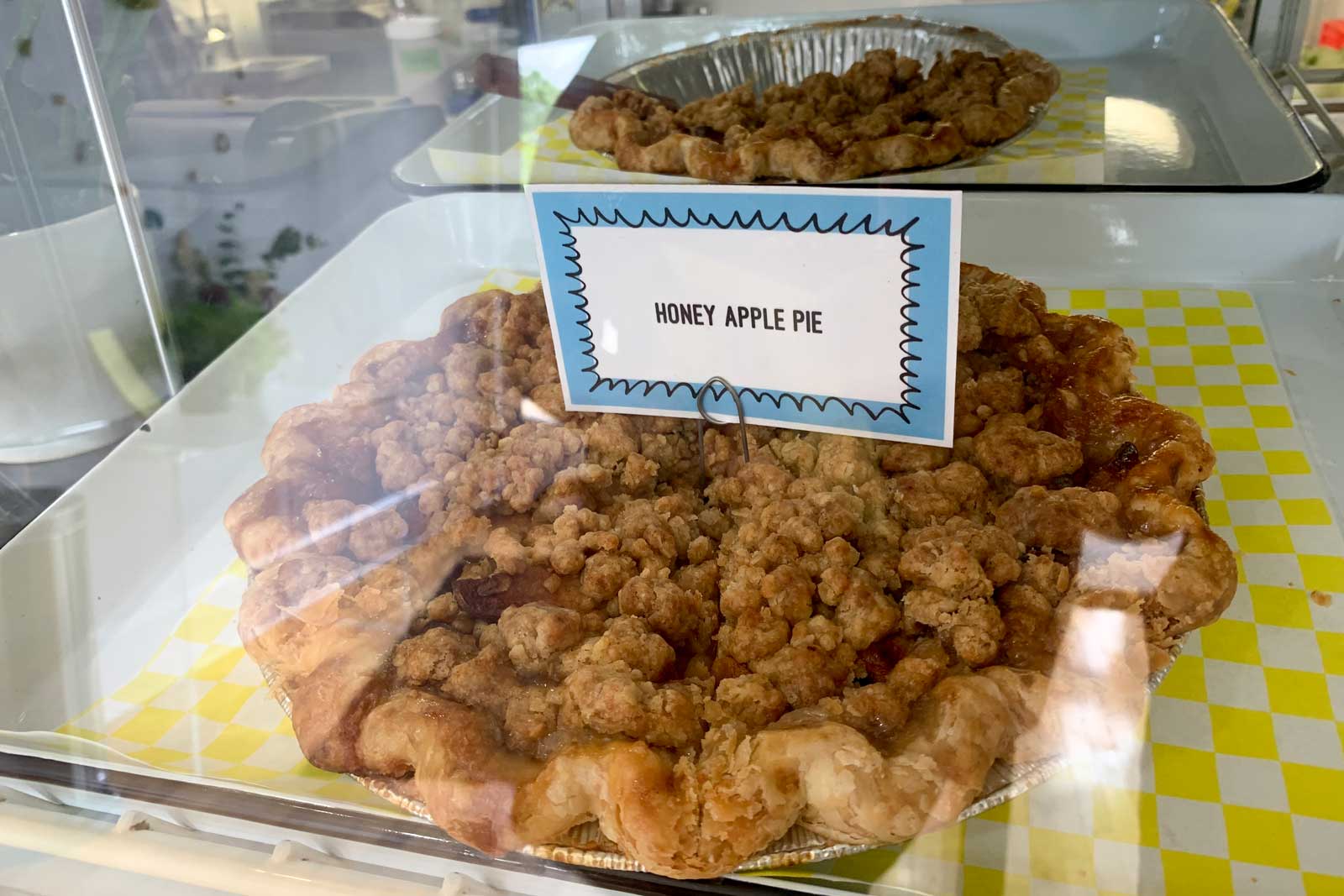 Dough Mama has two locations in Columbus and both serve up their incredible pies. You can grab a slice of their Honey Apple Pie for $5 or a whole pie for $34. The pie features a flaky, buttery crust, filled with granny smith apples spiced with cinnamon and freshly ground nutmeg, and sweetened with brown sugar and organic honey.
Location: 3335 N High St, Columbus, OH 43202 and 730 S High St, Columbus, OH 43206

Once upon a time, Mrs. Goodman’s Baking Co. was actually known as Mrs. Goodman’s Pie Co. ALthough they’ve added more variety to the bakery through the years, their pies are still their most incredible menu items, in my humble opinion. You can get your apple pie with a double crust or a crumb top and either way, you’ll be happy.
Location: 901 High St, Worthington, OH 43085