S. 4th Street Was A Bustling City Street Back In The 1950s And This Vintage Footage Proves It

Ernest Cline, Author Of ‘Ready Player One’ Will Be At Westerville Public Library This March

It was in this endeavor that he came across some fantastic footage of Columbus from the 1950s. “I found the Columbus film reel at an antique store about a year ago,” Michael told me. “It wasn’t labeled and I had no way of knowing what it was until I brought it home and screened it on my projector.”

Once he popped it in, he still had to go through the process of discovery where the footage had been shot. He watched the film, checking for specific details that would clue him in.

“I knew that it was an American city because you can see the flag at one point. I knew that the people who shot the film were from Windsor and that they most likely were on a trip visiting family or something,” Michael explained. “I had a hunch it wasn’t Michigan because there were several cars with front license plates. So I thought maybe it was Ohio.”

The real clue when he spotted Queen Bee Restaurant. After a quick Google search, he discovered that there had been a Queen Bee Restaurant here in Columbus in the 1950s. Queen Bee was located at 248 S 4th St, Columbus, OH 43215. If you swing by that address these days, you’ll find Dirty Franks Hot Dog Palace. 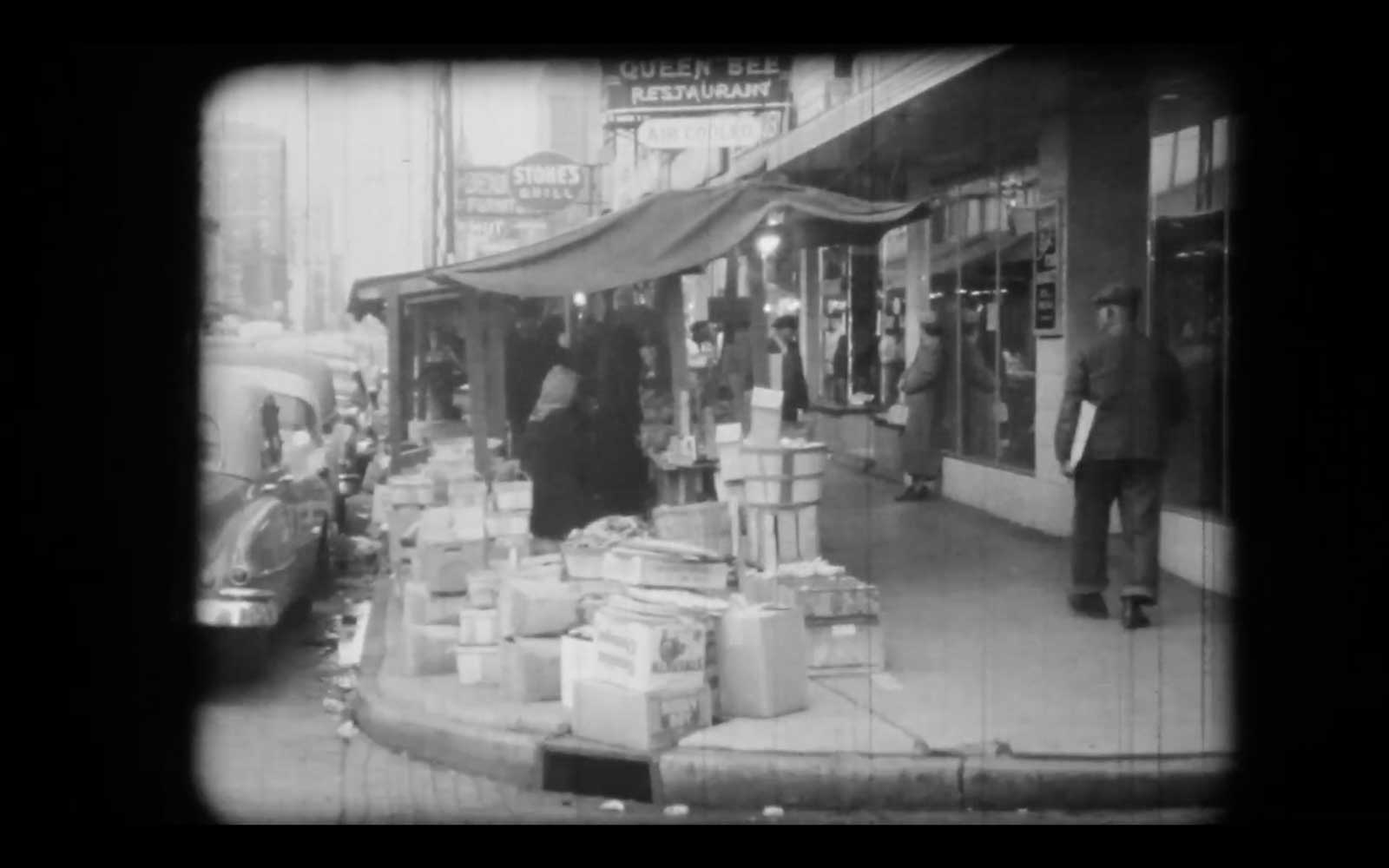 Although there wasn’t much information to go on about who was behind the camera or when exactly the film was shot, Michael was able to figure out a few details. The reel was part of a set of home movies shot by the same family in the mid-1950s. Other films indicated that the year was 1955, so Michael estimated that all of the films probably took place within a year or two of 1955.

The film shows glimpses of a variety of old Columbus businesses, bustling downtown streets, and even one exasperated exchange between pedestrians in the crosswalk.

Hidden gems like this are hiding in antique stores and estate sales all around. If you’ve ever been interested in finding old films and processing them, Michael says there’s a simple, inexpensive way to do so. “The easiest and least expensive way to do it is to get a 16mm projector and a screen and then capture the projection with a DSLR camera,” said Michael. “From there it can easily be uploaded and edited on a computer.”

If you want to see more old videos, you can check out Michael Evans’ YouTube Channel here.