First there was the Arena District, and then investment in the RiverSouth and Discovery districts, followed by ambitious proposals to develop the Scioto Peninsula and a strip of land northwest of Huntington Park.

The latest plan to develop the outer edges of downtown Columbus comes from one of the city’s iconic employers: White Castle. 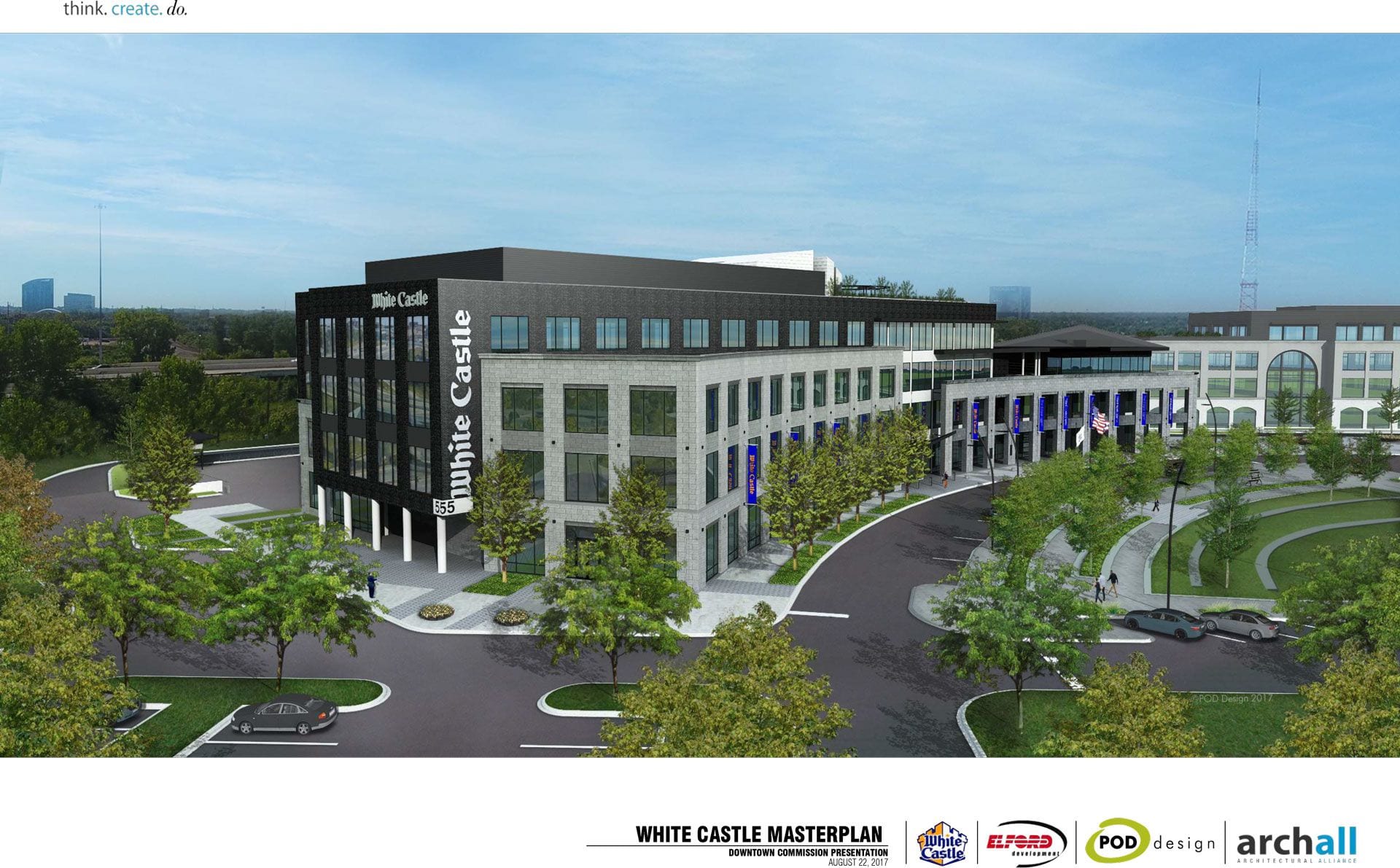 The slider chain on Tuesday unveiled details of vision to knock down its gaudy headquarters building and transform the office-and-manufacturing campus between the Arena District and Grandview Yard.

The new northwest anchor to downtown Columbus, tucked into highway interchanges and overpasses, will include a new White Castle headquarters, plus additional offices, residences, retail and restaurants and community space on 18 acres overlooking the city center.

The layout features a boulevard starting at the current entrance to 555 W. Goodale St. and running through the heart of the development. There is ample surface parking, green space and an outdoor amphitheater. Tuesday’s presentation was only conceptual, meaning no vote was taken. It was generally well-received by commissioners, but some details, such as entry and exit from the site, must be fleshed out.

White Castle’s vision, in partnership with Elford, Architectural Alliance and POD Design, is far-reaching, with impacts beyond just the site itself.

The project may provide connectivity – pedestrian, bicycle and possible vehicular – from Goodale Boulevard – and the growing Grandview Yard development – to the Arena District.

And it may end up being another point of activation for a river, in this case the Olentangy, following the recent Scioto Greenways riverfront transformation downtown.

“If we’re learning anything from downtown and other markets, it is (that) the river is highly valuable, and I just hope that what we see here – what looks like two small residential projects along it – that might be your gold spot,” Commissioner Mike Lusk said.

“So just think about that, that’s not the backside, that is the sweet spot of the project in a lot of ways. This is a really cool spot along the riverfront, it could be very very special.”

The Best Italian Restaurants In Columbus (2022)