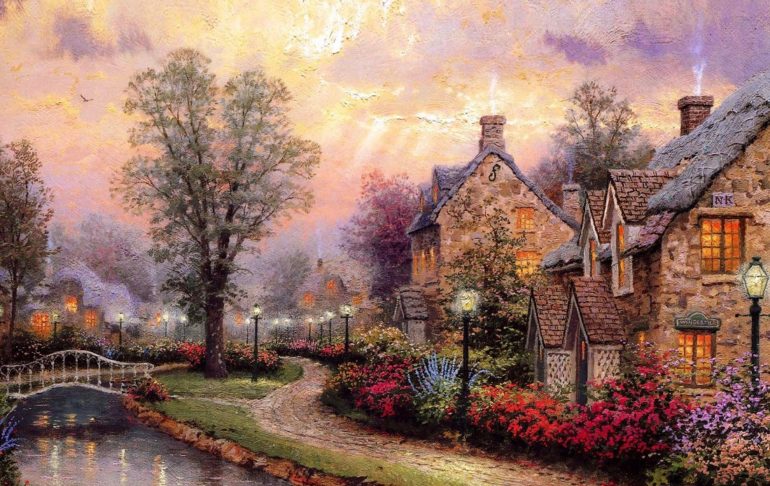 Grandview Heights? No, no it isn't.
Real Estate

While I usually go after developers for the poor quality of their projects, or city leadership that rolls over in approval for every mediocre, limited-scope proposal while the city’s housing shortage crisis grows, I have only rarely touched on the phenomenon known as “Not-in-my-backyard”, or NIMBY.

This concept is based around residents of a region, city or neighborhood fighting against development. Their reasoning for fighting it runs the gamut of fact-based and reasonable, to off-the-wall insanity, but almost all of it tends to boil down to strong antipathy towards change.

In Columbus, the role of NIMBY development spoiler would usually infamously go to Clintonville, or more recently, German Village. This time, however, Grandview Heights has fallen victim to this insidious neighborhood thought rot.

The outrage came about when a mixed-use project was proposed for 1229-1237 Grandview Avenue a few weeks back. The proposal called for a 4-story building with a mix of ground-floor retail space, 29 residential units and a 46-spot parking garage.

Now, Grandview Avenue has long been the city’s main business district, with a hodgepodge of retail, restaurants, bars, offices and residences. While the majority of this development is in the 1-2 story range, development pressures have had the city approve several taller projects with much higher densities. Half a block north is a recent 3-story, mixed-use building. A block to the south is a pair of newer 5-story, mixed-use projects. So, in terms of precedence alone, a 4-story project would not be out of character with recent development on the avenue. What exactly prompted the wrath of the neighbors, then?

On November 20th, Grandview held a preliminary meeting to discuss the proposal, and the neighbors swarmed like angry wasps after having their nest poked with a stick. The developer presented his case- the proposal fits the city’s own 12-year-old plan for Grandview Avenue, which called for greater urbanization and density along the corridor.

Presumably, that same plan allowed for the other recent development. The swarm, however, didn’t want to hear it.

There were the usual complaints about the proposal’s design and size, the most common tactic of NIMBYism. They claimed the structure came a little too close to some property lines, for example. The opposition reached a true, hyperbolic frenzy, however, when referencing how it would fit the character of the neighborhood. The building was called everything from grotesque to monstrous to unprecedented, the latter being an especially curious description considering the aforementioned other recent- and larger- projects nearby.

The most peculiar neighbor opposition was packaged in the idea that Grandview Heights itself is just a quiet country village where urban development has no business existing and where residents didn’t buy into the neighborhood with the expectation that such development would occur. Let’s forget for a second that, again, there has been recent urban development built on Grandview Avenue itself, or that the huge urban development called Grandview Yard is still under construction. Instead, let us focus on the inexplicable belief that the city is anything but urban.

Grandview Heights dates back to the early 1900s and was one of Columbus’ early streetcar suburbs, with the Arlington Line following Broadview and 1st Avenues. Urban corridors like Goodale, Northwest Boulevard, 3rd and 5th Avenues all run at least partially through it. Its city limits literally start across the river from the Arena District.

It’s hard to imagine a more urban location. That most of it exists as single-family housing does not make it less urban. German Village, Olde Towne East, the Short North, etc. are also mostly single-family housing. All of them are urban. Whether someone moved there with the deeply mistaken belief that Grandview Heights was a rural community from a Hallmark Christmas movie has no bearing on what it really is.

They should not be surprised that urban development is not only proposed there but that it gets built occasionally as well.

And Grandview’s own leadership seems to know this, as well. When they adopted the Grandview Avenue Overlay District plan years ago, the report had this to say:

The Grandview Avenue Business District is one of the city’s most notable amenities and thriving commercial areas. Buildings are located at the back of sidewalk, creating a dynamic street wall.
As redevelopment will be welcomed by most communities including Grandview Heights, the development strategy most likely to succeed is to view new development as an opportunity to make the Grandview Avenue District stronger by increasing the critical mass of activity within the district.

It also said this about the city overall:

Yet strangely enough, Grandview’s own leaders have seemingly forgotten that such a plan even exists.

Planning commission members expressed all sorts of concerns about the size of the project, but also typical concerns about parking and traffic, even though the project is providing more parking spots than units. In what was one of the most baffling arguments made by commission members, there was almost an accusation against the developer for- gasp- adhering to existing code that required ground-floor retail in order to have residential units on upper floors. The commission seemed to actually chide the developer for doing exactly what codes required.
Overall, commission members seem a little confused as to what they want Grandview Avenue to be, let alone what they appreciate about it.

Is it supposed to be a “thriving commercial area” with urban amenities they can be proud of, or not? The arbitrary mixed messages sent by codes, district plans, and city leaders must be extremely frustrating for developers, but they also show that NIMBYism exists outside of angry resident groups. It can also fester within local government as well.

I saw an interesting comment on Facebook the other day regarding all this type of thinking- something along the lines of “Everyone wants to be the one to slam the door on everyone else after they move in”. This is an apt description of NIMBYers, if I’ve ever heard one. The idea that neighborhoods should immediately cease changing once one moves in is not only unrealistic but also naïve, as the conditions that were attractive for that person are obviously going to be attractive for a lot of other people.

Beyond that, though, Grandview Heights is not a village, rural area or preserved in a vacuum seal pack. It’s a dynamic, inner-urban city that is constantly changing and will continue to do so long into the future. If Grandview Heights’ leaders do not want it to be that, then they need to stop breaking their own rules, and potential residents should do enough homework to know what they might be in for.