10 Nostalgic Columbus Commercials That Will Transport You Back In Time 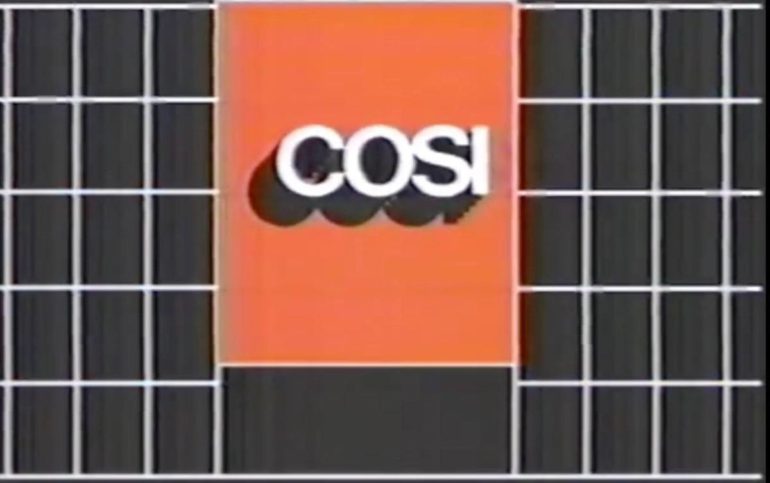 There’s nothing that will make you feel older faster than watching a video clip from your youth. Even if you aren’t in the actual video horrifying present-day you, the style and the quality alone are enough to make you feel like centuries have passed.

They were so many iconic local and national commercials released in both the 1980s and 1990s. If you were tearing up a little when Peter came home for Christmas and made his family some Folger’s or you knew that Mr. Owl was wrong and it definitely took more than 3 licks, then this round-up is for you.

King’s Island originally opened to the public in 1972. But 20 years later, they became Paramount King’s Island, and movie-themed rides were all the rage. In 1994, when this commercial aired, Days of Thunder had just opened and Top Gun, aka my favorite coaster as a kid, was only a year old!

The new COSI is a phenomenal place to take the kids for a day of fun. But when it comes to looking back at days gone by with longing, nothing stirs up more emotion in Columbus residents than reminiscing about how epic the old COSI was.

Donatos is a Columbus classic. Who doesn’t love that thin crust and tiny pepperonis, also known as “grease boats”? In 1994, the pizzeria was hitting the summer marketing hard, encouraging fans to enjoy their “crisp” salads and subs. When’s the last time you enjoyed Donatos at the park?

Long before internet dating or hook-up apps, adults had to rely on alternative methods. Ads like these were an absolute staple on late-night television in the 80s and 90s. 1-97-MATCH allowed users to call in and leave messages with what exactly they were looking for. From the video uploader: “Tom Burris narrates this ad for a local chat line in Columbus. I have also included an ad for another 1-900 line. Tom Burris is the same voice you hear on the WCOM-TV clips and the WTVN-TV sign-off.”

I wonder if Michelle, the 23-year-old aerobics instructor is still on the hunt?

In case you were wondering, Kroger clearly wants the Ohio State Buckeyes to win. In 1987, the Cincinnati-based grocer was going all out to support the Buckeyes basketball team. The team was being coached by Gary Williams and they were dominating… the NIT that is.

A real question for you: Which was better? Shopping at Lazarus or eating in the restaurant? These late 80s commercials are a perfect example of department stores in their prime.

Honestly, there’s nothing spectacular about this commercial. Except for the jingle. We all knew Graham Ford was located at 707 W. Broad Street, didn’t we? Ahh, the good old days.

How long has it been since you’ve had a Big Bear hug? If I’m being honest, I don’t know if I ever had one, but the sentiment behind it is nice. More grocery stores should incorporate hugs into their ads these days. And bears.

So technically, this one isn’t really a commercial. But it’s such an iconic piece of late 1980s Columbus that I just couldn’t leave it off the list. City Center was one of the most hyped projects of the decade, and the grand opening looks like it was pretty intense. I mean, just look at those people really enjoying the performance by the City C’Entertainers.

If this isn’t the most stereotypical commercial you could think of when you hear the words “vintage car commercial” then I don’t know what is. From the suburban soundtrack to the chipper narrator, this is nostalgic commercial viewing at its finest.