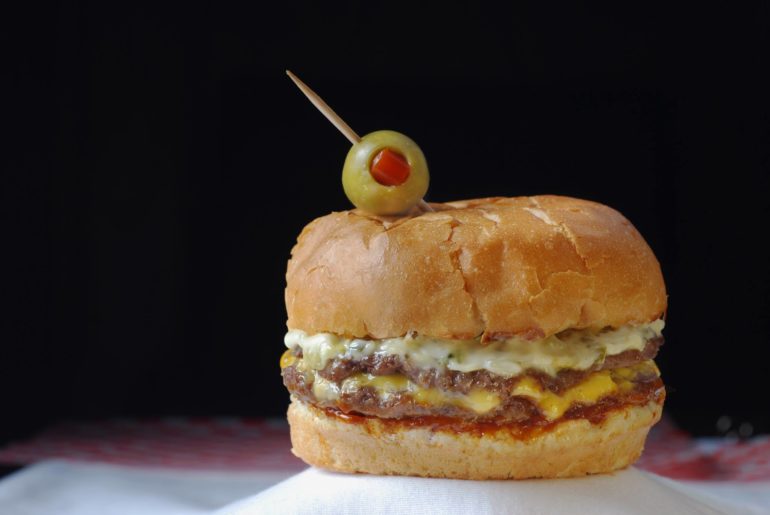 Why Are People Going Crazy Over Swensons Drive-In?

Over the past few days, you’ve probably heard the rumors: Northeast Ohio’s favorite burger joint, Swensons Drive-In, may be headed to Columbus.

Of course, it’s a rumor that’s been whispered before, but this time, something may actually come of it. The question I found myself asking is not when or where, but rather why? Why are people so excited about another place to eat cheap burgers?

That’s when I discovered “Swenatics”. Apparently, people don’t just casually enjoy Swensons Drive-In, they are hardcore fans. Swenatics are even encouraged to share their favorite memories from the restaurant on their website.

Swensons first opened all the way back in 1934, so it’s got generations of fans raving about its cuisine. The drive-in serves everything from it’s famous Galley Boy Burger to Sloppy Joes. The only thing on the menu that will cost you more than $6 is the dinner section, where the meals are a whopping $6.95.

But it’s not just the low prices that have people raving about this place, it’s the quality of their food and service and the memories people make there.

On the aforementioned Swenatics section on the Swensons website, you’ll find stories of love, friendship, and family bonding that can make any reasonable person see why fans keep coming back for more.

“I was a Swensons curb boy in the summer of 1953 before I went away to college. As I went up to a car window to take an order, I looked in and in the center seat was the most beautiful girl I had ever seen. I knew the girl sitting to her right, so I passed her a note asking her name. I was given her name and phone number, so I called her and made a date. We dated all summer long before I left for the University of Oklahoma in late August. We saw each other many times over the next 4 years, but never dated seriously due to the distance problem. I always wondered where she went, and one day recently I was able to contact her and we reacquainted after 51 years, and we married on April 18, 2010.”

I mean come on. That’s straight out of a movie, right? And it’s not just Battenberg either.

Don't even play with me this time! 😤 y'all we are about to be blessed. Believe me. #Swensons https://t.co/BdXtrEL96o

#Swensons has the key to my heart again 😇♥️ pic.twitter.com/O2GAb6uKhg

I was in Kent and Akron today and didn't get #Swensons pic.twitter.com/fivCYbHhYz

The proposed location for the Swensons Drive-In is on Sawmill Road, at the site of the old First Merit Corp. Bank. According to Columbus Business First, there are still a few hurdles in locking down this spot for burger goodness.

Here’s hoping the rumors are true because now I’m craving a burger I’ve never even had before.