If you’ve been searching for the most unique neighborhood around town, look no further than Rush Creek Village.

This Worthington neighborhood consists of 49 homes, designed and built in the 1950s in the style of Frank Lloyd Wright. The first house established in Rush Creek Village was for the Wakefield family. The Wakefields had originally wanted Frank Lloyd Wright to design their home, but the instead opted to work with a local architect to design and build their dream property.

Theodore Van Fossen, a graduate of the New Bauhaus school in Chicago, had worked on the construction of many of Wright’s buildings at the time and teamed up with the Wakefields to design their home as well as to plan the 50-lot neighborhood. 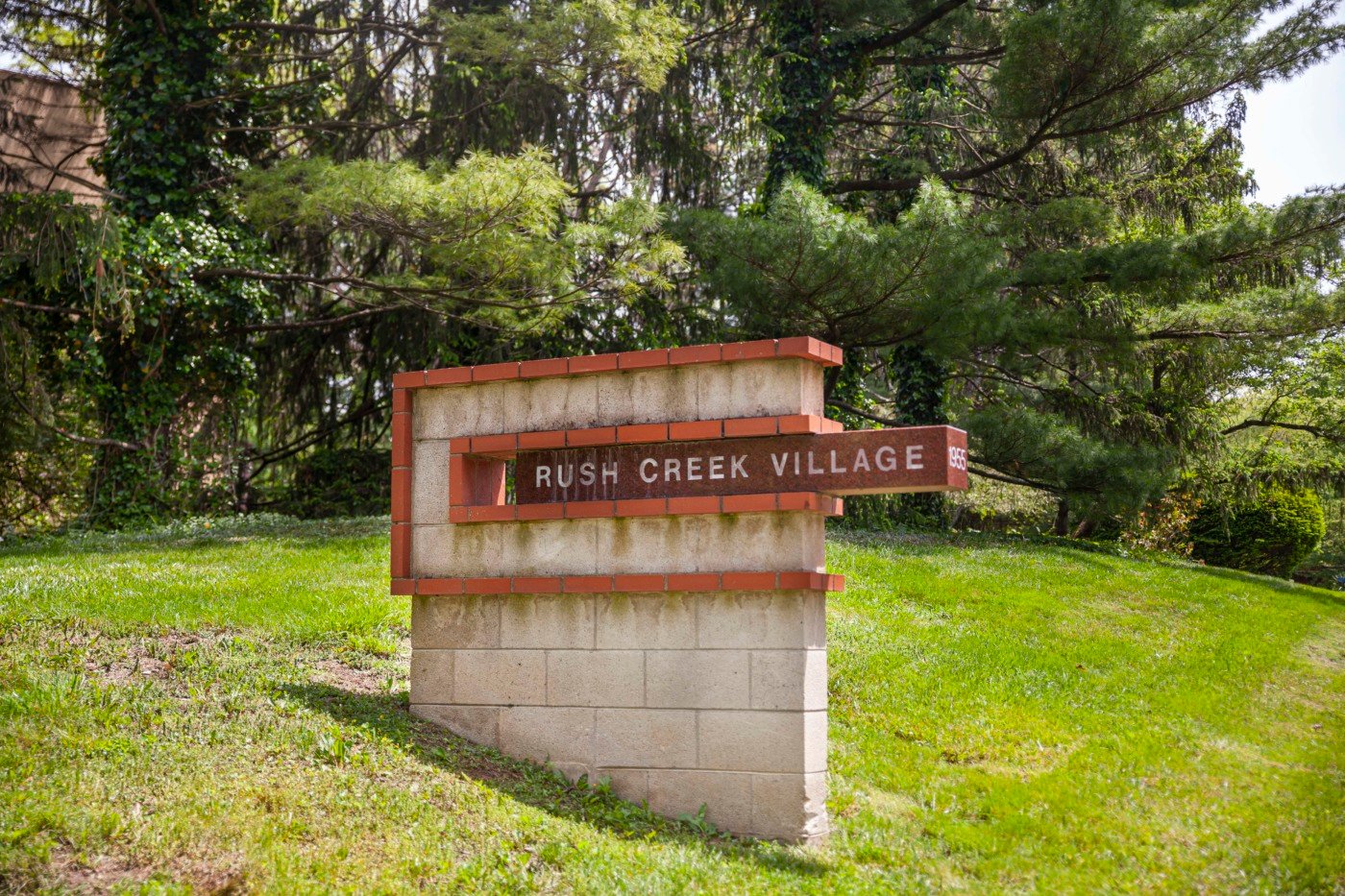 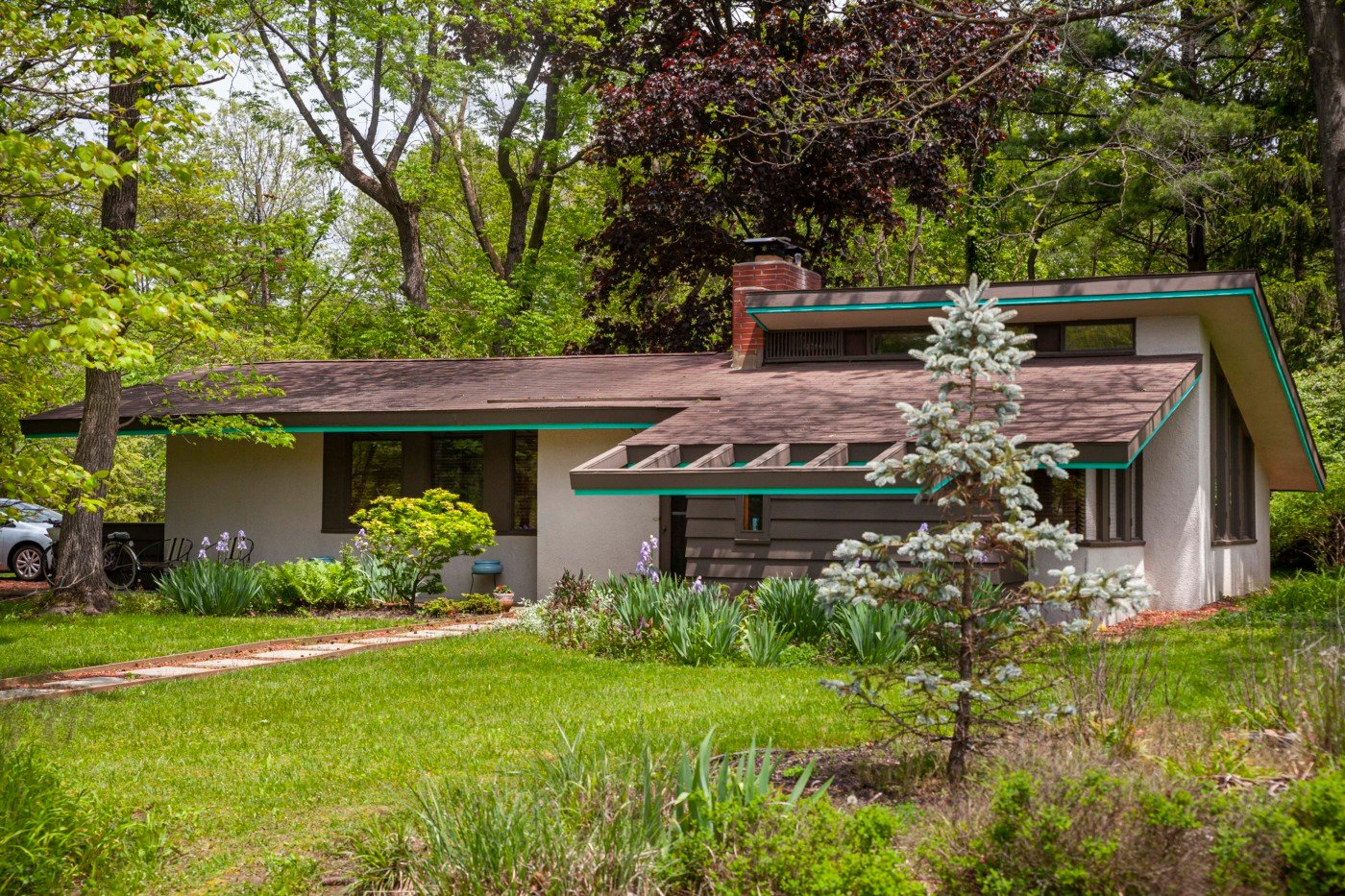 The homes around Rush Creek are distinctive. The roads and homes mimic the ravines around the neighborhood, almost blending the properties into one another.

The neighborhood was fairly progressive, not only in the design, but also by the fact that there were no racial or religious requirements to live in Rush Creek. As one owner said in a New York Times’ article, “The only discrimination we practice here is architectural.” 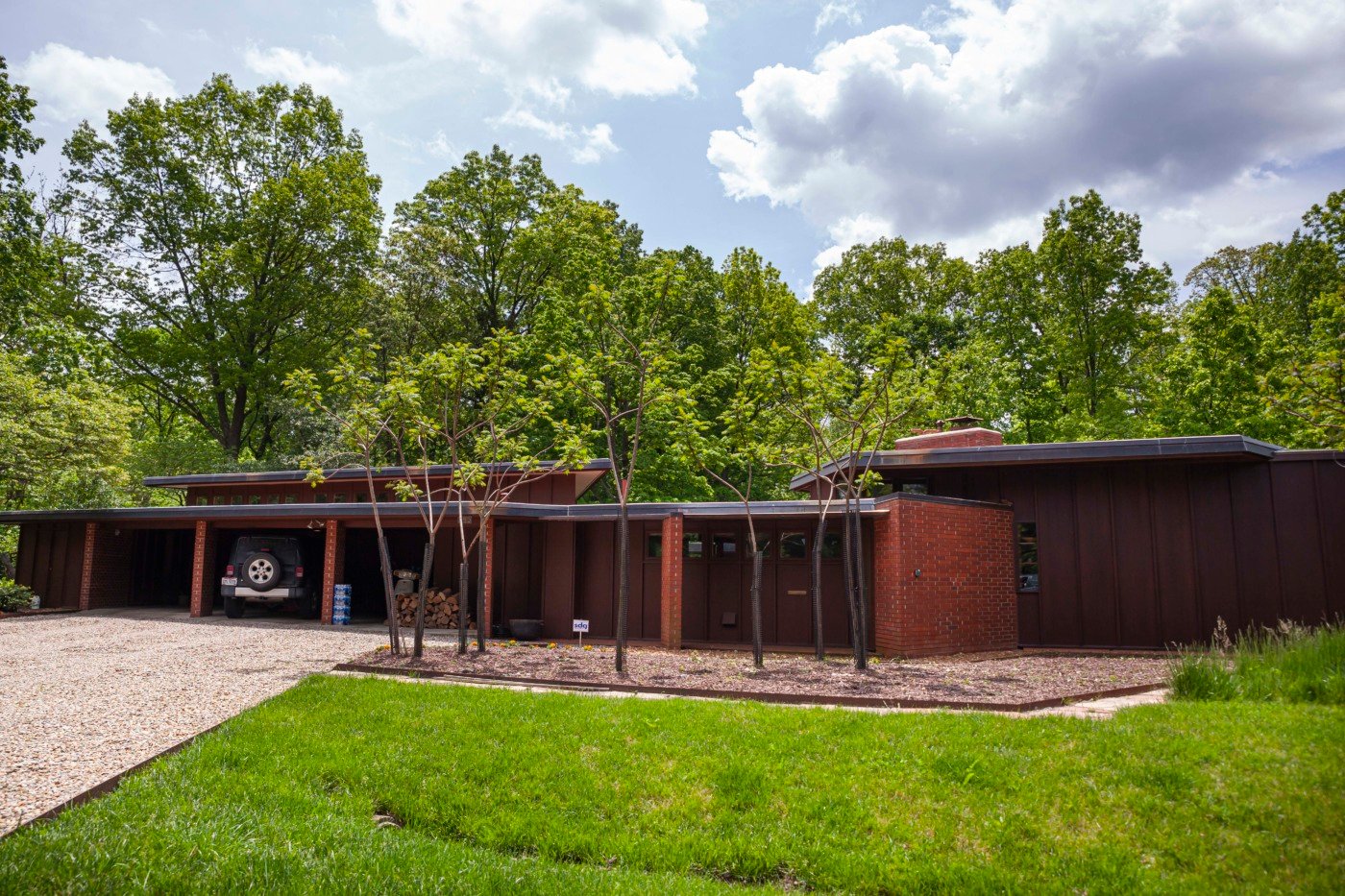 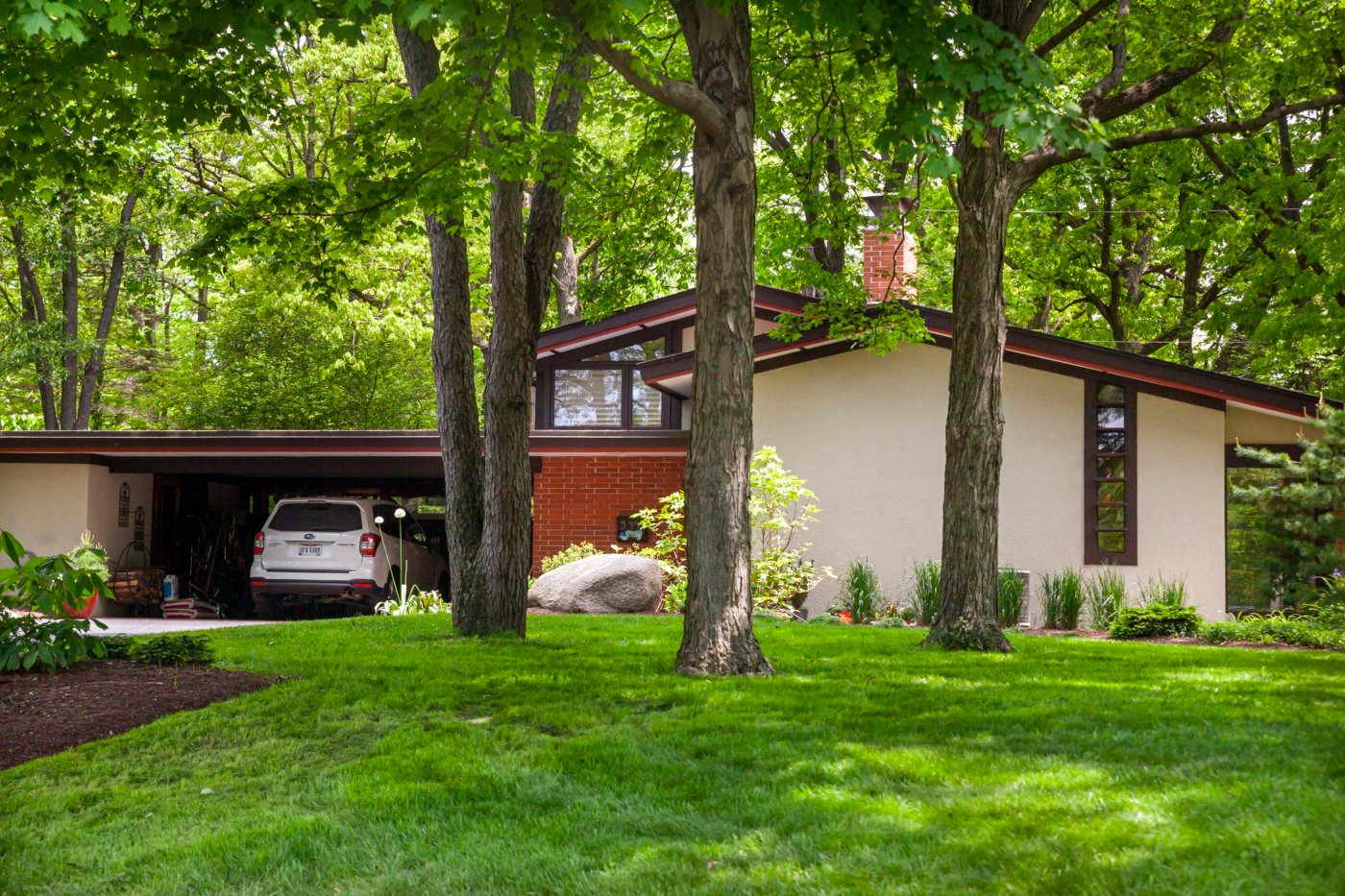 Throughout the neighborhood, a variety of materials were used to construct the homes. Some features mahogany and cypress woods, while others are made out of simple concrete blocks. Although Rush Creek is just off of the busy N. High Street, you feel miles away when you’re in the neighborhood. It’s quiet and very peaceful, which only adds to the balance between the homes and the nature surrounding them. 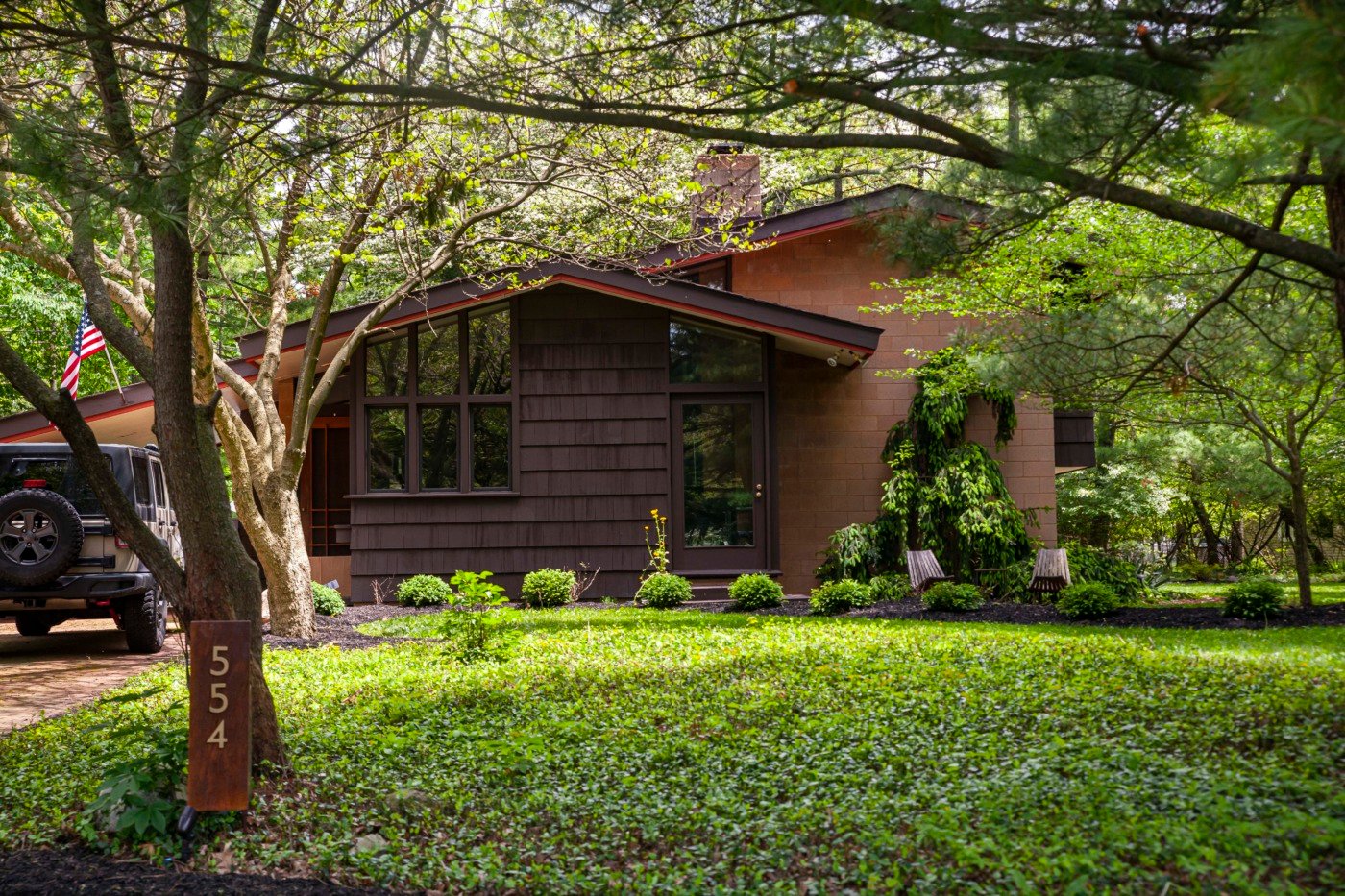 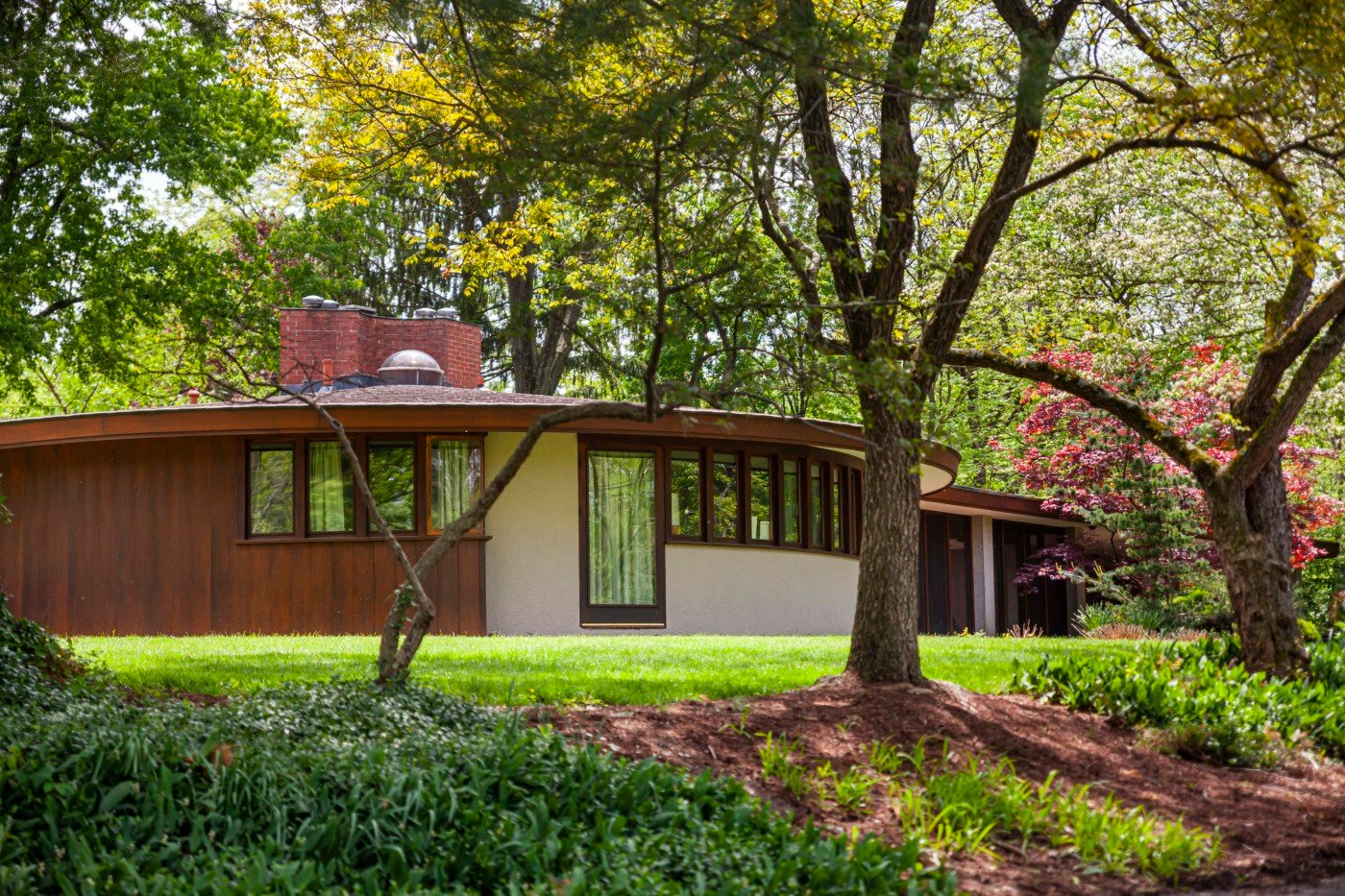 As you can imagine, buying in the neighborhood is extremely rare. The homes don’t even always hit the market officially before they’ve already sold. We may not all be able to live in Rush Creek, but you can pop by to have a look. Rush Creek Village is located on E. South Street in Worthington. For more info about the neighborhood, please visit the Worthington Historical Society’s website here.