Pat And Gracie’s: From Brothels To Burgers

Less than a year ago, Pat and Gracie’s Kitchen & Tavern opened in Graceland Shopping Center off of N High Street.

The restaurant is known for its delicious burgers, appetizers so good you have to order more than one, and a bar that means business. And everything comes with a side order of Columbus history. Pat and Gracie’s Kitchen & Tavern has big plans for the near future. 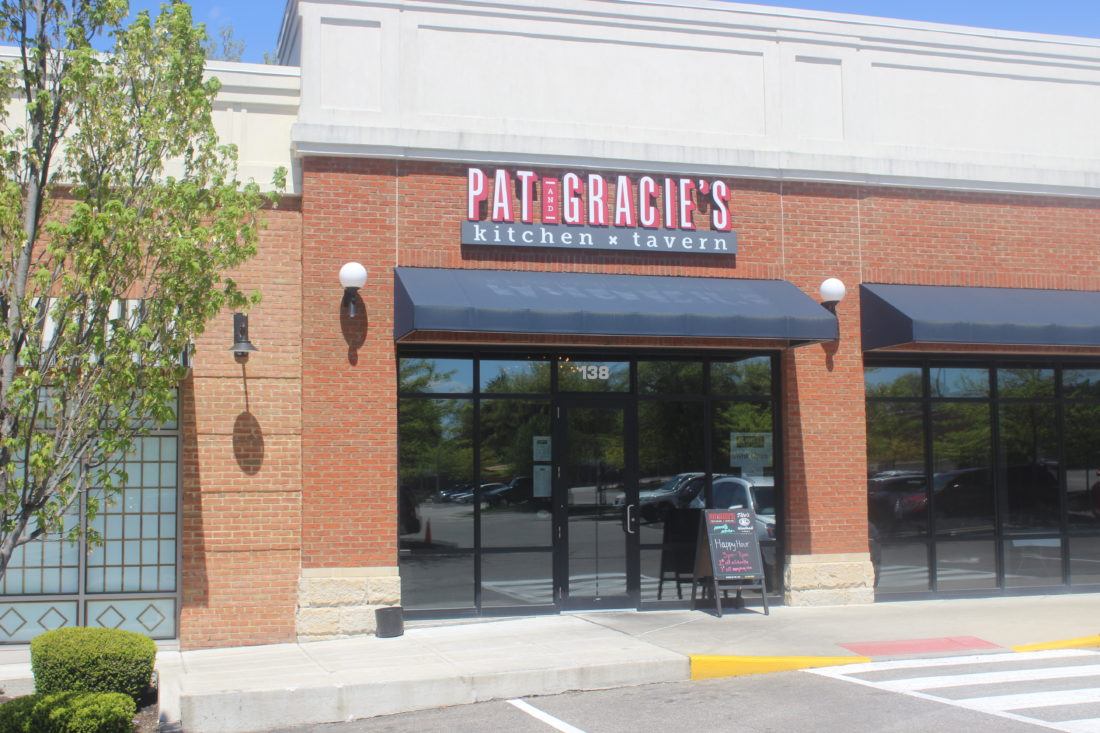 Roughly 900 people visit Pat and Gracie’s each week. It’s thanks to the great food and customer loyalty that the tavern is planning to open a second location.

“We are currently in negotiations for a spot downtown. We don’t really want to reveal it quite yet—where it is—but it is in the Gay Street district,” said Matt Rootes, one of the owners of Pat and Gracie’s. “We’ve been in business for going on 10 months and the reception here in Clintonville has been overwhelming.”

“We cannot thank the Clintonville Community enough for how they have supported us,” said Rootes.

While looking ahead to the future of their restaurant, Rootes, Craig Chapman, and Tony Wildman know they wouldn’t have the concept for their restaurant without an iconic couple from the capital city’s past.

Pat Murnan was a well-known gambler and was dealt a great hand by fate. With lady luck on his side, Pat won big at a gambling establishment—in fact—he won the place itself. Gracie was the madam of a house referred to in polite conversation as a “resort.” The pair were very much in love and Pat and Gracie were the king and queen of Columbus’ darker side.

This third passion was a large contributor to Murnan’s wealth. He loved the sport and owned a horse farm with roughly 60 thoroughbreds. He named this farm Graceland – after his beloved Gracie – wanting to immortalize his woman forever.

The land was one of the final pieces of farmland in the Clintonville community.

This highly coveted estate was fought over by several people who believed that they were the rightful heirs after the death of Pat Murnan in 1937 and Gracie Backenstow in 1939. The court awarded the estate to Gracie’s heirs after deciding that the couple had married while on vacation in 1915, despite the lack of paperwork.

Craig Chapman became aware of all of this history and drama during the remodel of his Clintonville home. His coworker, a fan of local history and architecture, told him the story of the illustrious couple.

He was at a time in his life when he was looking to start a new venture. Chapman had just been laid off from his position at Chase Bank and his friend Matt Rootes had recently left Logan’s Roadhouse. The two had been discussing opening a restaurant together and when Chapman suggested they tie Pat and Gracie’s story into it.

Rootes was all-in. With the help of a third business partner, Tony Wildman, the trio began cooking up a plan and designing a menu.

“I live in this neighborhood and I feel like this was so needed here. That’s why we’re here,” said Chapman. “Come 5 o’clock there was no place to go get a really nice cocktail or a really nice craft beer. Or really good food!”

Rootes and Chapman would take turns traveling down to Nashville where their third partner, Wildman, lives and was concocting delectable entrees and appetizers for Pat and Gracie’s menu.

“There’s nothing bad on that menu. It’s all delicious,” said Chapman.

“When we first started coming up with the idea we knew that we wanted to be a burger-centric type of restaurant,” said Rootes. 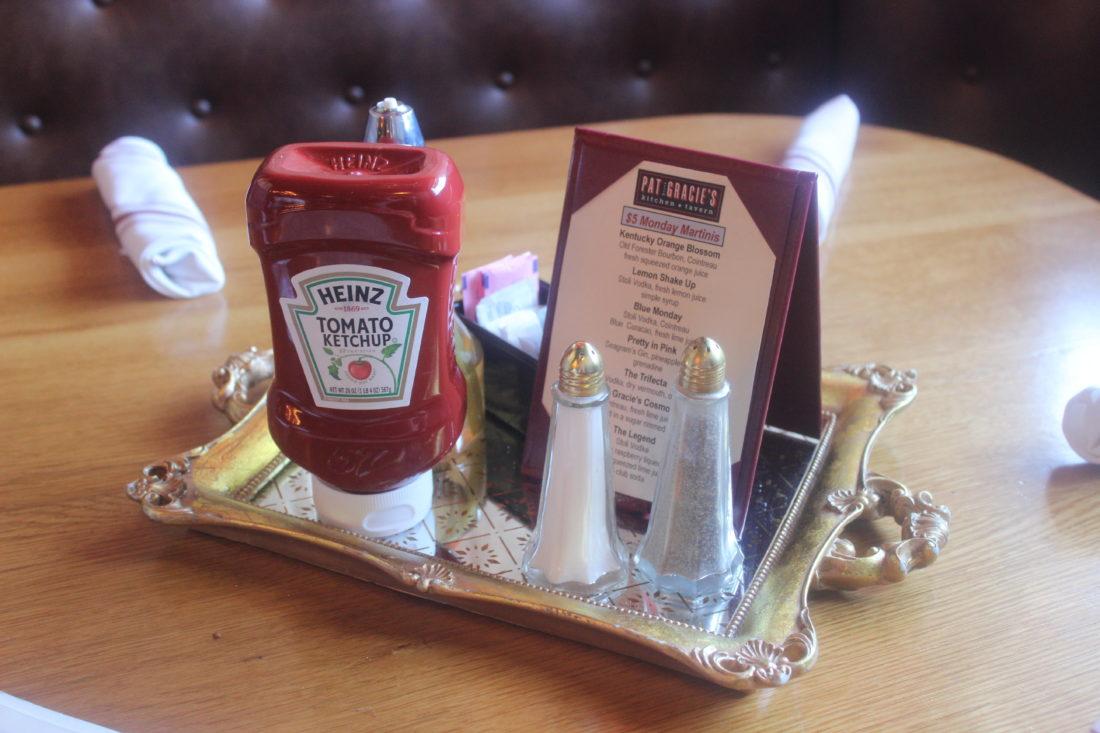 Both Rootes and Chapman agree that their favorite appetizer on the menu is the fresh cut mozzarella sticks. The cheese sticks are made from slices off of a hunk of fresh mozzarella cheese. Often restaurants will just pull the appetizer straight from the freezer and fry it.

“It’s a scratch kitchen, so everything is made from scratch. We don’t bring in anything frozen. We don’t even have a freezer on the premises. Everything comes in fresh,” said Rootes.

He favors the Chimi Burger, which according to their menu is “two smashed-cooked patties topped with Monterey Jack cheese, avocado, caramelized onions and house made chimichurri sauce on a butter-toasted bun”. Chapman’s favorite burger is the Pimento Cheese Melt which consists of “two smash-cooked patties topped with house made pimento cheese spread, bacon, tomato and homemade bread & butter pickles served on buttered sourdough bread”.

Is your mouth watering? Because I know mine is.

According to Rootes, it is the fresh, always-from-scratch philosophy that keeps bringing people back.

On top of a delicious menu full of food, you can order from an extensive drink menu at Pat and Gracie’s full bar.

The tavern offers locally brewed craft beers, wines, and specialty cocktails such as the Pearl Beaty, named for one of Gracie’s employees. You can see what’s on tap by clicking here. 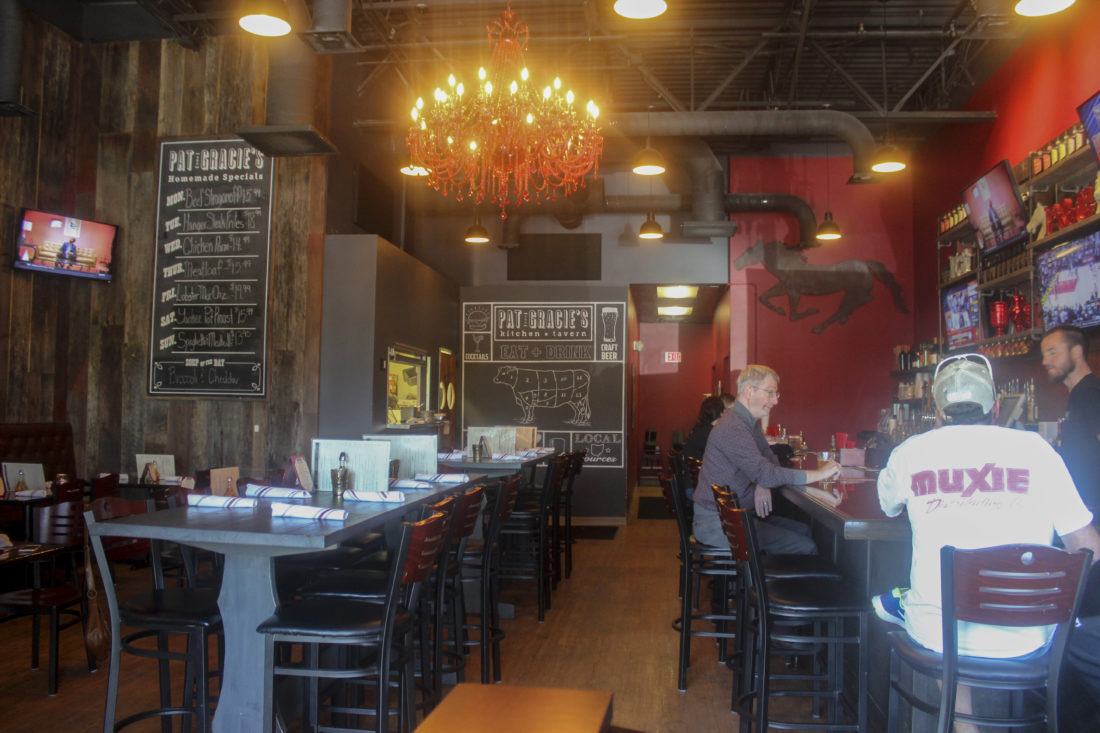 Pat and Gracie’s hasn’t even been open for an entire year and they’ve got the ball rolling on a second location. It would seem that the possibilities are endless. But the owners aren’t getting ahead of themselves.

“We’re not in a hurry. And you know the number one thing I think with what really make us unique and special is the hands-on approach with the customer experience,” said Chapman.

The gentlemen attribute much of the restaurant’s success to their amazing staff.

They all came together and share the same vision for the restaurant as Chapman, Rootes, and Wildman. A high caliber of service is something that is not taken lightly at Pat and Gracie’s. Part of expanding includes hiring another good bunch of people that see this vision as well. If there’s no staff, there’s no restaurant.

“We’re looking at a second one right now within in a year, it’s overwhelming. If we stay on that pace in five years we’ll have five restaurants. That would be wonderful,” said Rootes. “But we’re not going to do it until we’re ready to do it. We don’t want to tarnish the brand just for growth.”

Check out more of Pat and Gracie’s below: 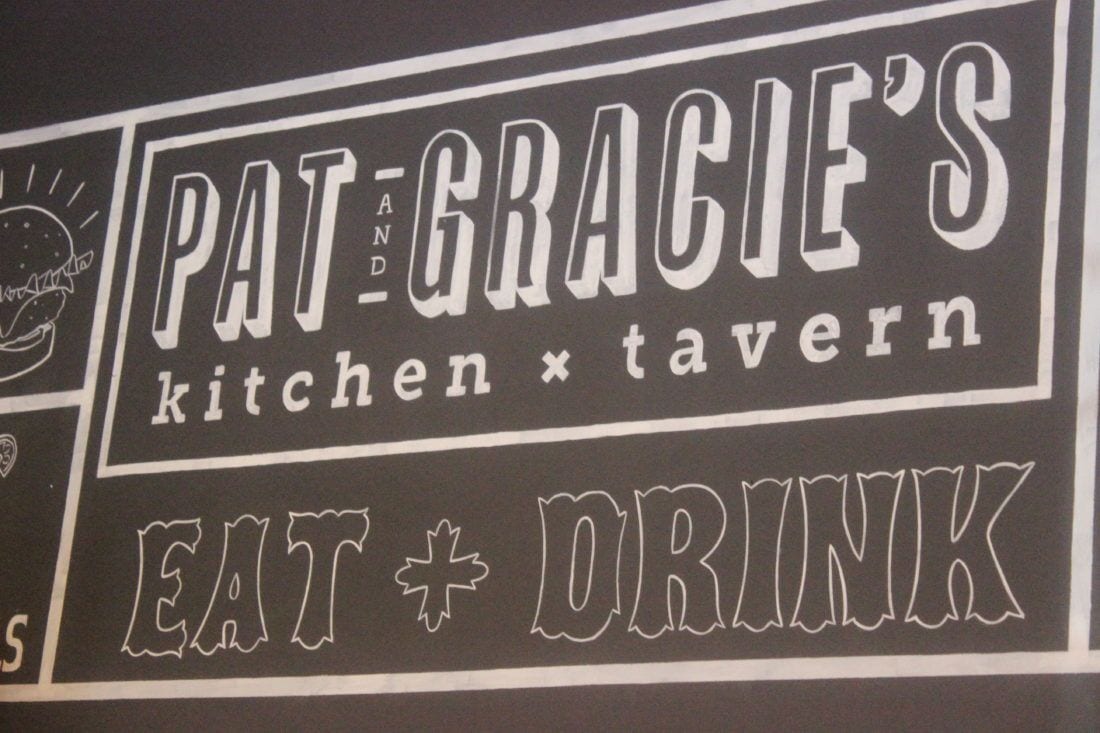 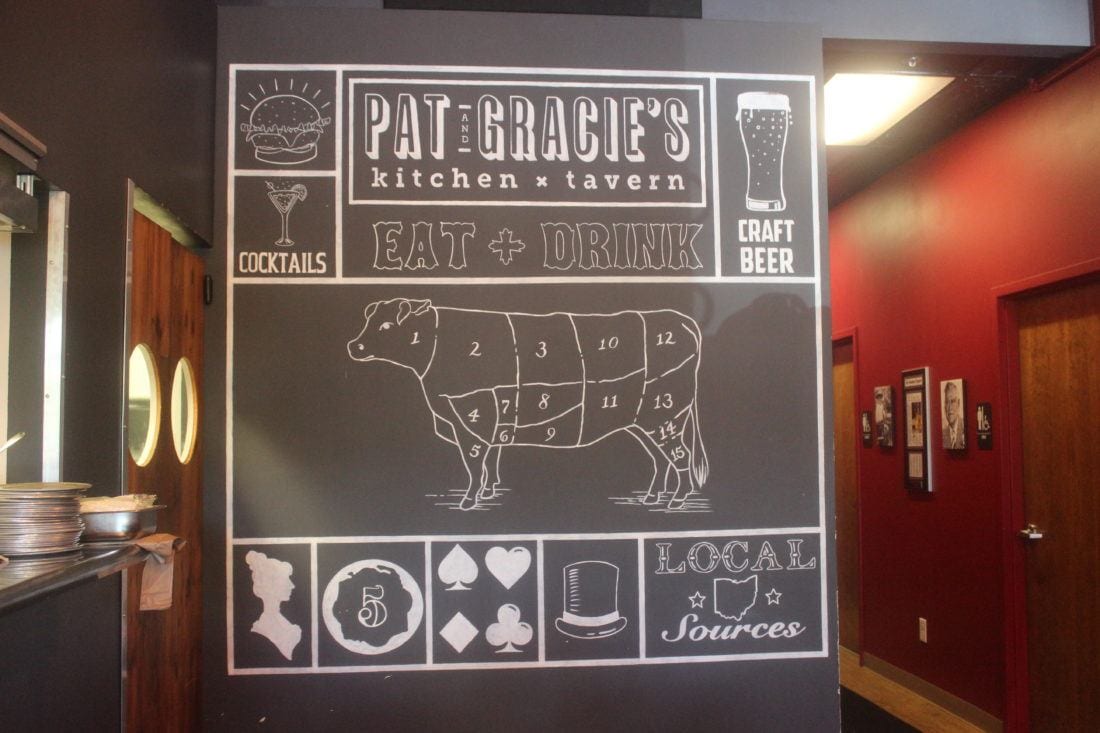 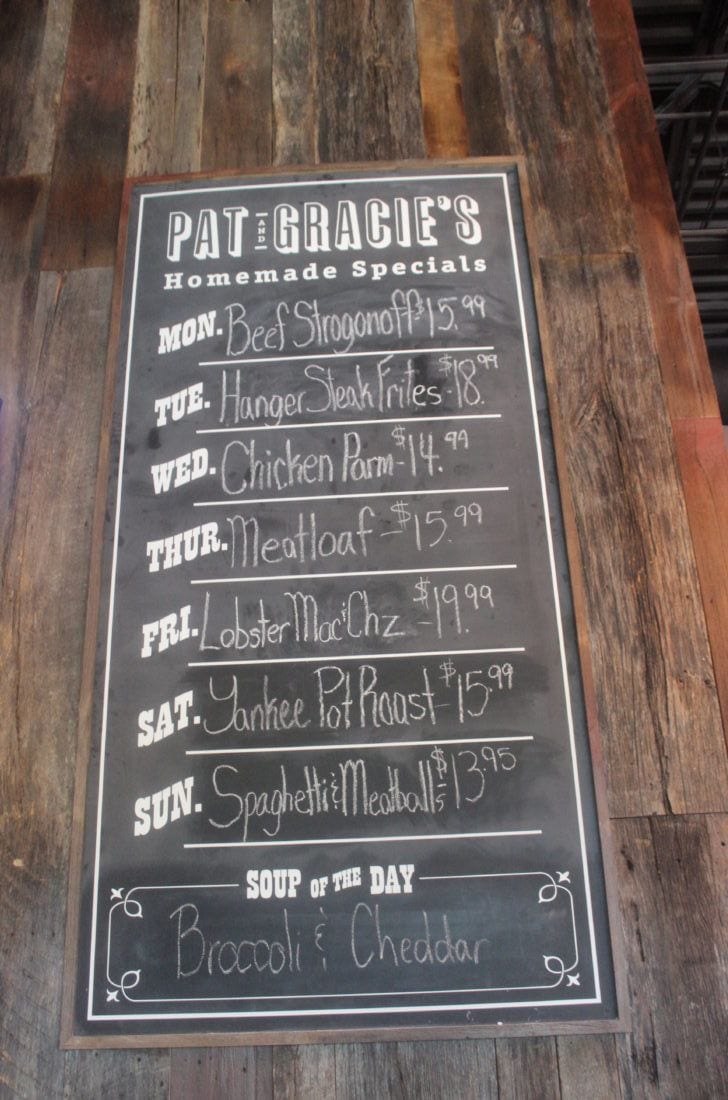 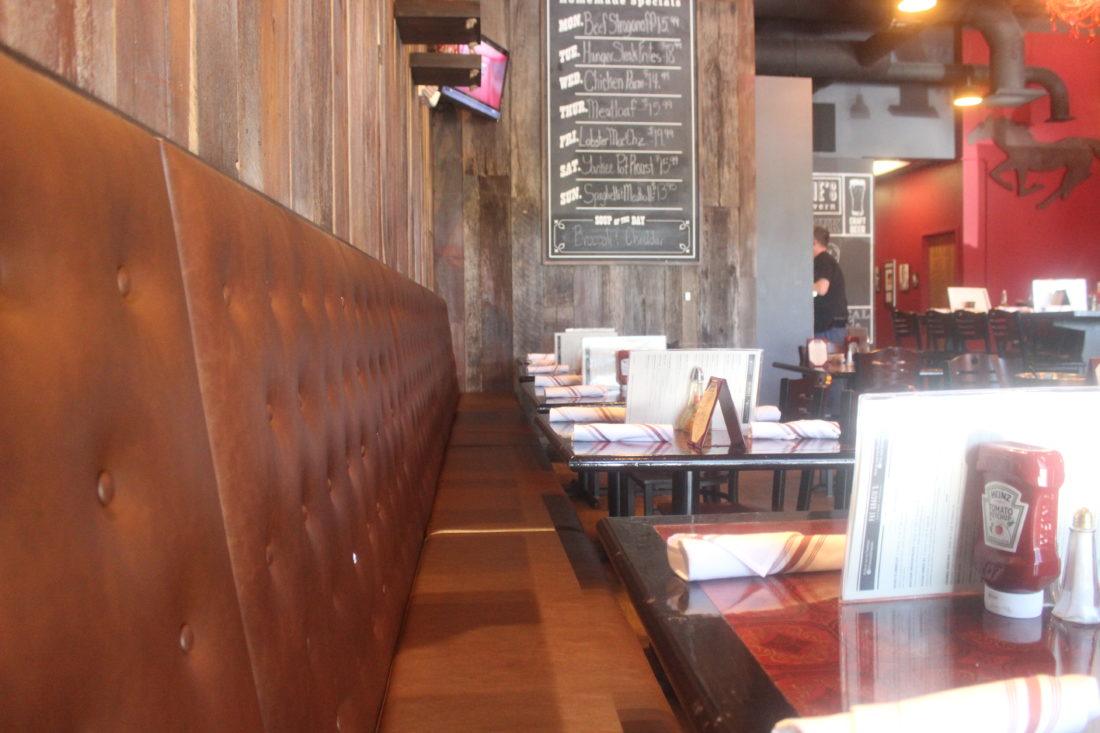 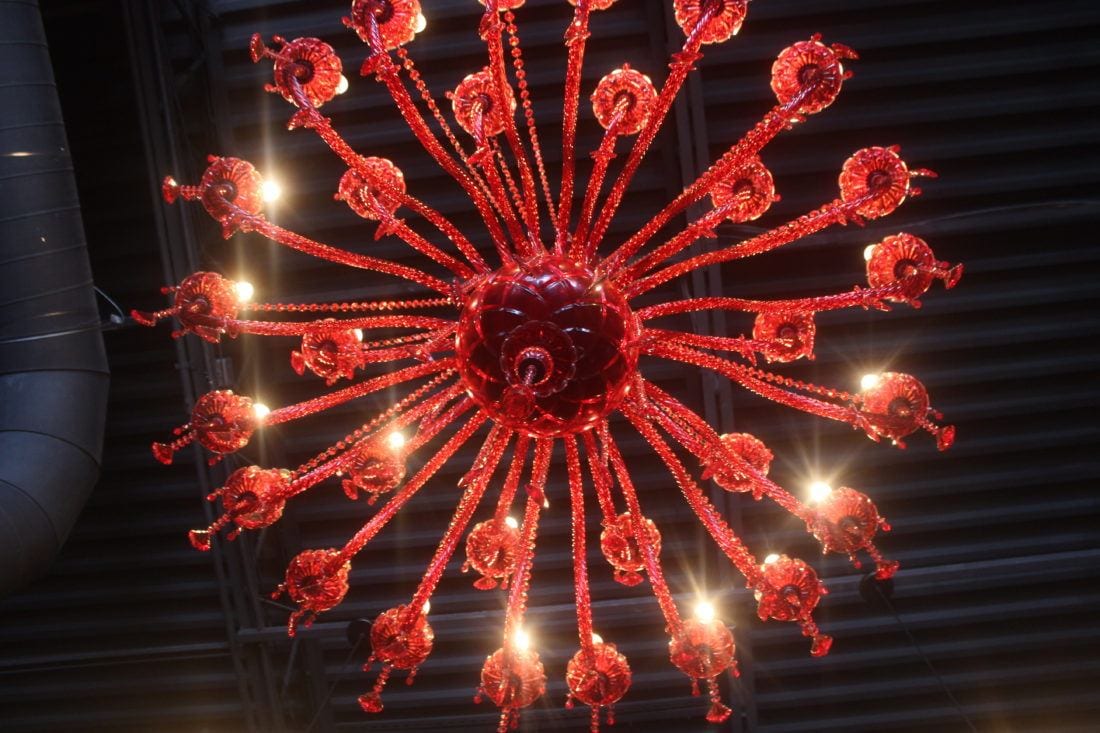 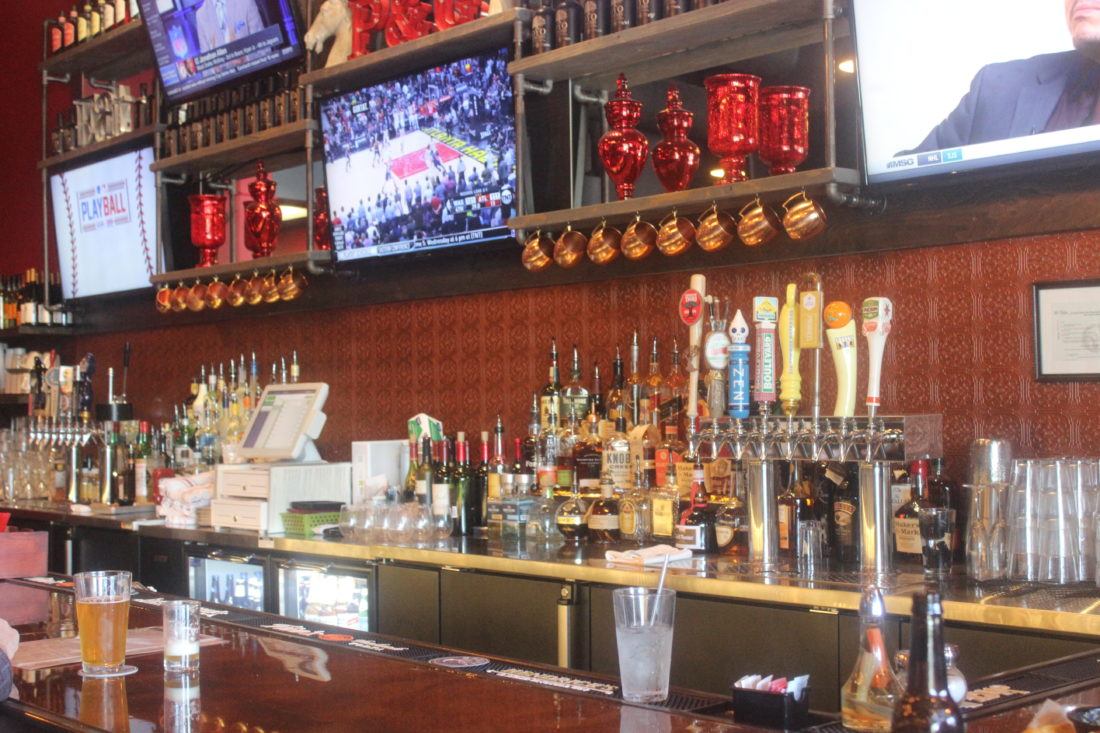 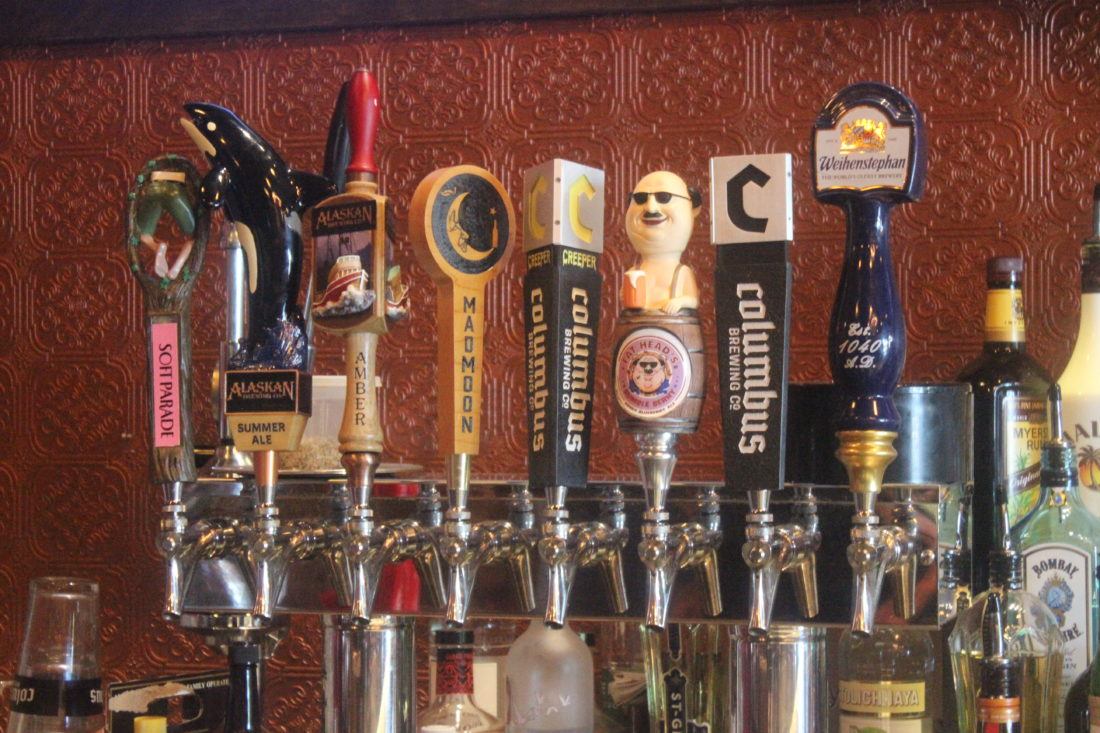 Writer, dog lover, the mom of the friend group, and list maker. Quite possibly an old lady trapped in the body of a twenty-something. Proud Ohio University alumna.

View all posts by Madeline Keener

This Iconic Aviation-Themed Restaurant Will Close In June

Zaleski State Forest Is An Underrated Gem. Here’s Your Guide To Hiking It