The day has arrived.

COTA says that more customers can get places faster, due to the updated routes and lines.

“We’re excited to launch the redesign, which will provide public transit to more people and more jobs in central Ohio,” said W. Curtis Stitt, COTA President/CEO in a statement. “The new COTA network will be easier to understand and navigate, and will serve an unmet demand for transit access seven days a week.”

For the first seven days, COTA will be offering free rides.

Leave your bus passes at home in celebration of the TSR May 1-May 7 https://t.co/BQGYgq9ywn

The new transit lines will account for local routes, as well as specifically designed rush hour routes, making the bus a more alluring and reliable form of transportation. 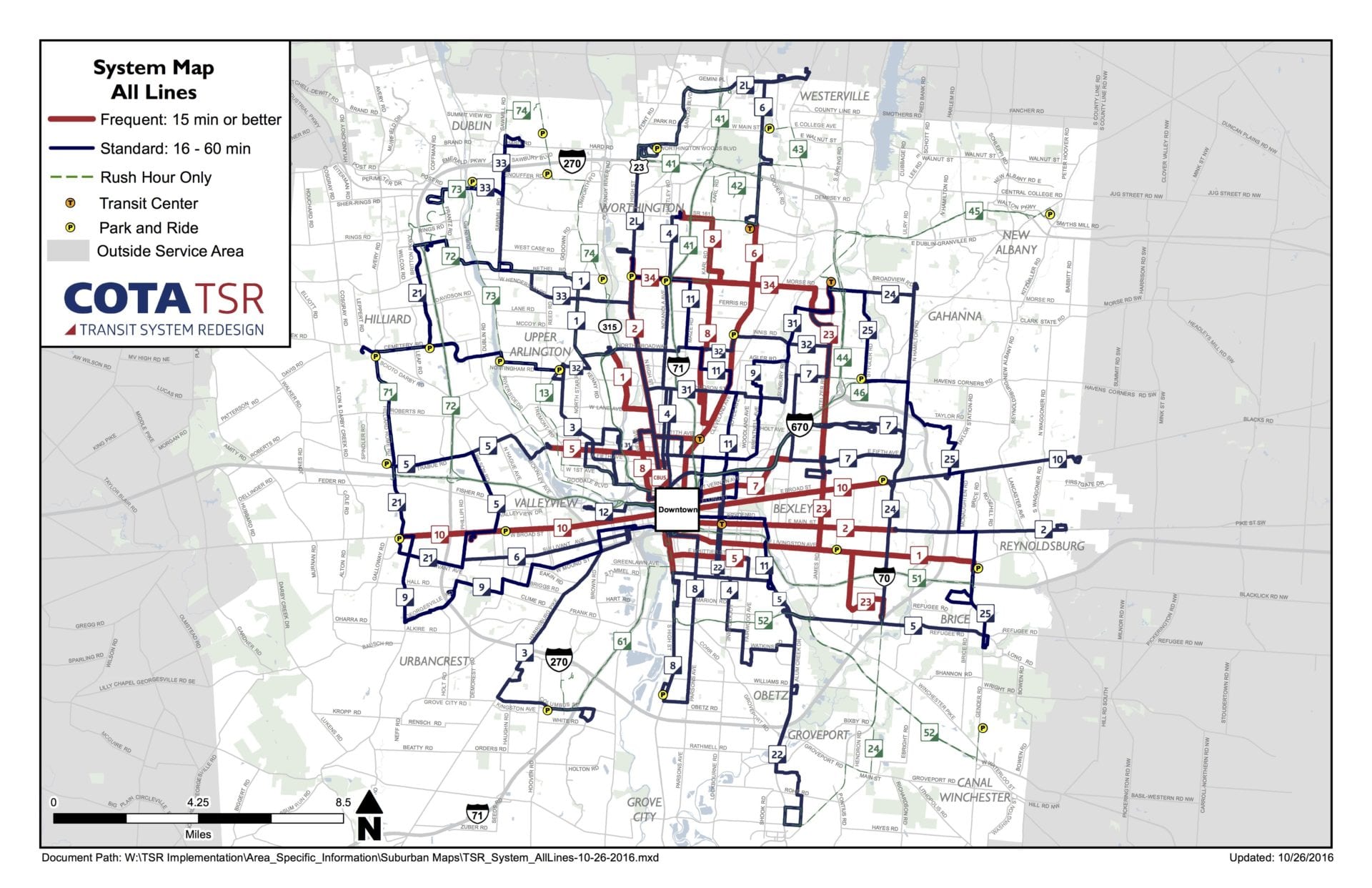 The previous transit system had been in place since COTA was first launched in the early 1970s.

The changes are modern and necessary, bringing over 100,000 additional Columbus residents withing 5 minutes of a stop. Each stop will have a bus that arrives every 15 minutes.