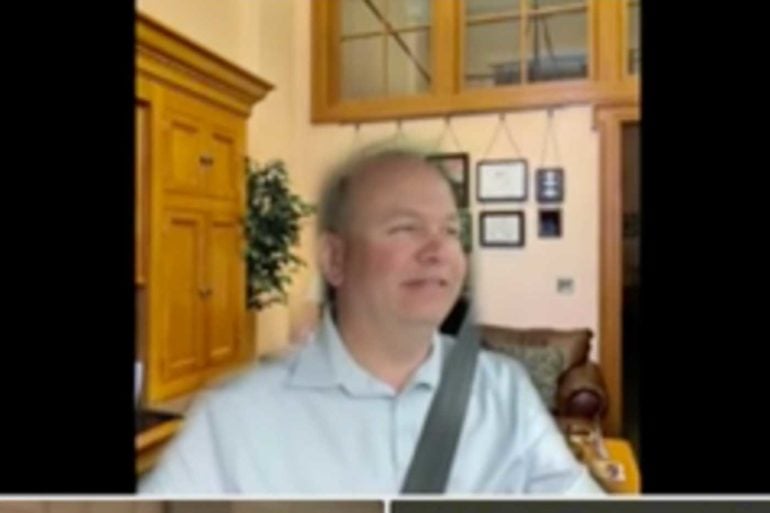 via The Ohio Channel

The internet couldn’t get enough of this Ohio State Senator driving while Zooming.

The incident in question took place during on May 3, during the meeting of the Ohio Controlling Board. the board provides legislative oversight of statewide spending, procurement, and investment in Ohio.

The incident was incorrectly reported as taking place during a meeting about distracted driving, but that topic was not discussed during the meeting. During the beginning of the video, Brenner can be seen clearly sitting in a parked vehicle. Later, the background switches to a green screen image of his home, although you can clearly see he is in a moving vehicle and wearing a seatbelt.

In an interview with the Columbus Dispatch, State Senator Andrew Brenner (R-Delaware) admitted he was driving during the meeting, but denied that the meeting caused him any distraction.

“I wasn’t distracted. I was paying attention to the driving and listening to it (the meeting,)” Brenner said. “I had two meetings that were back to back that were in separate locations. And I’ve actually been on other calls, numerous calls, while driving. Phone calls for the most part but on video calls, I’m not paying attention to the video. To me, it’s like a phone call.”

While the Ohio Controlling Board wasn’t discussing distracted driving, Republicans in the state house had introduced House Bill 283 on the same day. The bill would enhance and expand Ohio’s existing prohibition against distracted driving and using electronic devices while driving.

You can view the full clip here.