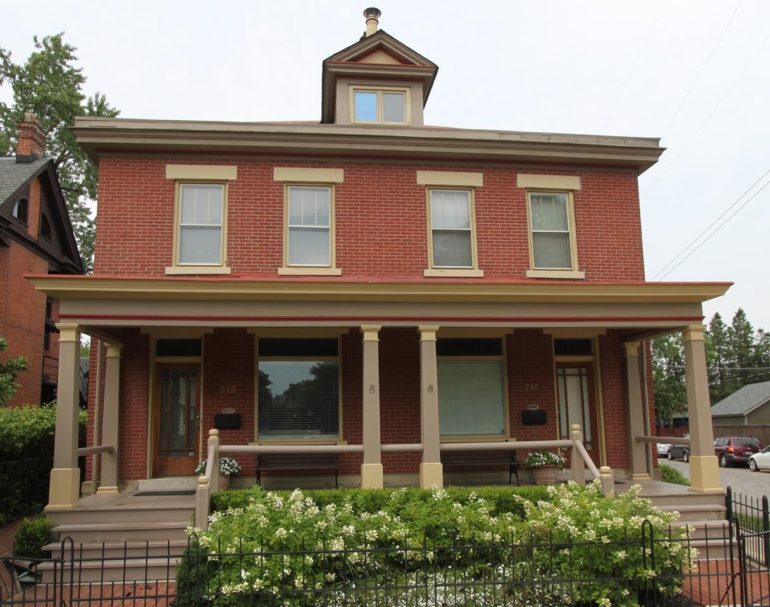 Historic homes come in all shapes and sizes, all styles and architecture.

Not all of these old houses have grand brick facades with soaring chimneys and elegant, wraparound porches. Most of them, in fact, were built as modest, middle-class family homes. For every graceful Victorian or stately Colonial, there are hundreds of examples of the basic American Foursquare.

While the Foursquare can contain elements of Craftsman and Victorian styles, among others, the overriding theme is that they are boxy and comparatively plain in their design. They were much cheaper to build than the more elaborate styles, and therefore became the dominant architecture of residential neighborhoods around the turn of the 20th Century.

Because of their general lack of architectural flourishes, I would argue that they have not been given the respect they deserve, especially in terms of renovations. Many of these less magnificent homes were often haphazardly and cheaply remodeled over the years, particularly in the mid-20th Century onward when the fortunes of most inner city neighborhoods were in decline. Few people were willing to spend money renovating homes in these neighborhoods, and those that were tended to do them without giving much consideration to the historic value or architecture.

During these unfortunate renovations, much of the original luster was either covered up or removed entirely. Because so many of them lost their defining characteristics, it became a lot easier just to tear them down as they age. Urban neighborhoods around Columbus have become pockmarked with vacant lots in part because of this reality. This is unfortunate, as such houses can indeed be restored to, while perhaps not extravagant brick mini-mansions, attractive historic homes in their own right. Let’s take a look at some comparisons between similar-style historic homes that went in opposite directions for their renovations.

This home, dating back to 1899, was in fairly rough condition by the time this photo was taken in the 1980s. Still, its historic features were visible, including its decorative trim and many windows, not least of which the unique triangular example above the porch.
The home received a renovation in 1989, and it’s not difficult to tell that the owners were looking to achieve a fast flip or quick new rental property. The old siding was replaced with vinyl, which covered up most of the design features. Worse, and in what seems to have been common practice at the time, almost all of the windows were either reduced in size or covered up completely. Most likely, this was done to save money rather than having to install expensive replacements. The result, though, is drab and lifeless, and there is little to show for its 120 years. No doubt the interiors are very dark, as well, with little or the original intended natural light getting through.

A similar home to 461 Monroe in many respects, this home also dates back to the late 1890s and features many of the same design elements that 461 N. Monroe was constructed with. This is a great comparison between a restoration versus a renovation. A true restoration revives existing and original features, but a renovation doesn’t necessarily do that. Instead, renovations are typically more focused on making a home livable or updated rather than preserving any of the original design elements. The result is that the Monroe Avenue home no longer really adds anything of interest to its streetscape, while the Kerr Street home does.

In the 1960s, this 1904 brick Foursquare duplex wasn’t in bad condition beyond needing a bit of sprucing up and some curb appeal.

This home illustrates a few other unfortunate renovation tactics. Without regular maintenance, porches on old homes can rot, sag and even lose structural integrity, which was probably the case at some point for this home. Renovations done with cost savings in mind, as was likely true for this 1982 remodel, often just tear down the porches and never rebuild them. Other features occasionally removed are third floor and attic dormers- also the case here- and chimney stacks. While not as extreme as just covering everything up, the look and feel of the home has been substantially sanitized. 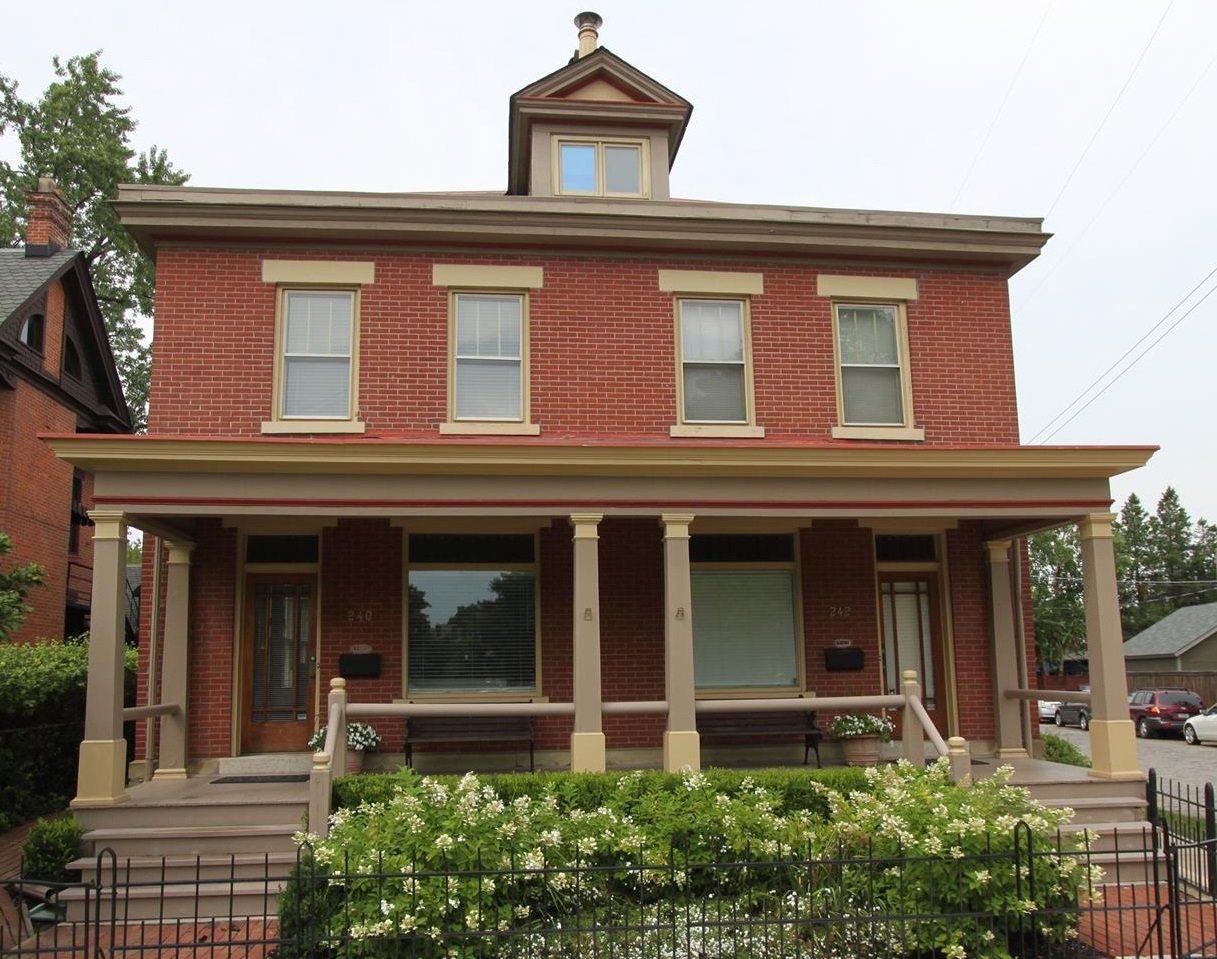 This early 1900s Reinhard Avenue duplex is a perfect example of how simple renovations and a respect for a home’s historic nature make such a huge difference versus what we see above.

Not all of these homes saw poor or cheap renovations. The following examples show that even some of the worst old homes can be saved.
The Before: 1022 Oak Street, Olde Towne East

This home dates back to 1895, and the years were clearly very unkind to it. By the mid-1980s, the home had long been abandoned, had lost its porch and was a prime candidate for demolition.
The After 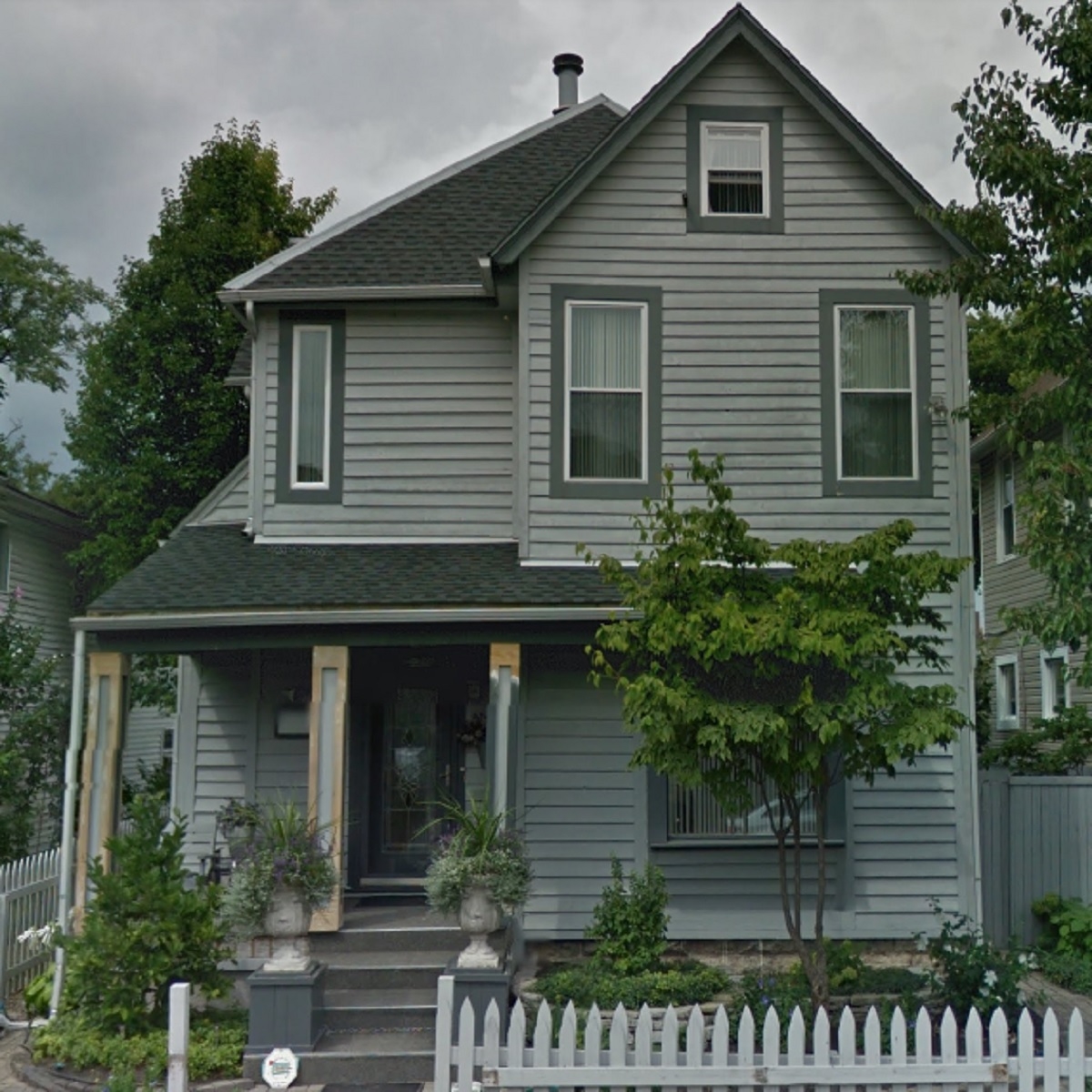 It’s a small miracle this home didn’t meet the wrecking ball. Instead, it received a much needed, solidly-done rehab in 1993 and an update in 2009. Now it is a shining beacon for what should be standard for these types of exterior remodels. While not every design flourish was retained on the exterior, the house still has much of its original character. It *looks* like an old house, but has been updated for the modern era.

Abandoned and essentially left open to the elements, this 1890s duplex was otherwise salvageable in the 1980s.
The After 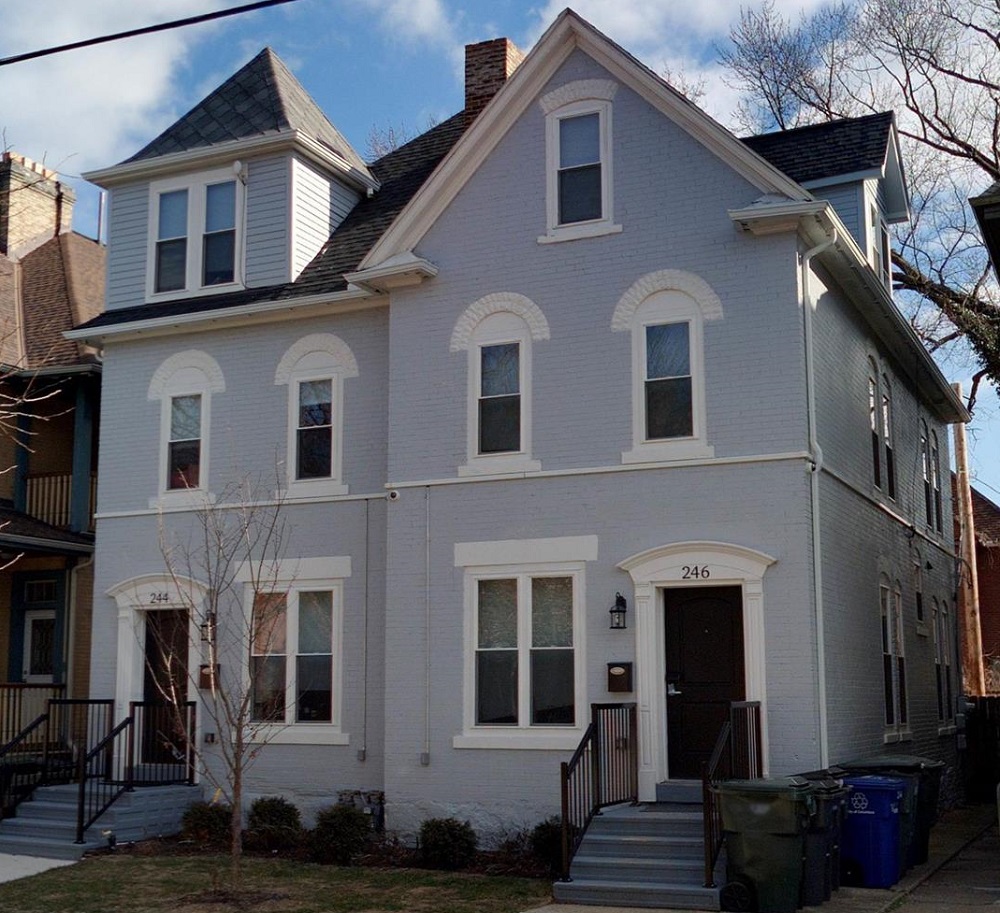 Renovated in 2015, the building is now a beautiful example of exterior renovation. Nothing much was really changed here except a little paint, new doors, and windows. It’s a great demonstration of the “less is more” concept. The duplex already had terrific bones and just needed a little love to bring them out.

While such remodels may be more expensive, neighborhood development and historic commissions have a duty to push for these types of outcomes whenever possible, and home flippers should respect more than just a quick return. These homes may never be called grand, but they are still an important part of the historic streetscape to neighborhoods across the city. They deserve better than a vinyl Band-Aid, or worse, ending up a pile of rubble.