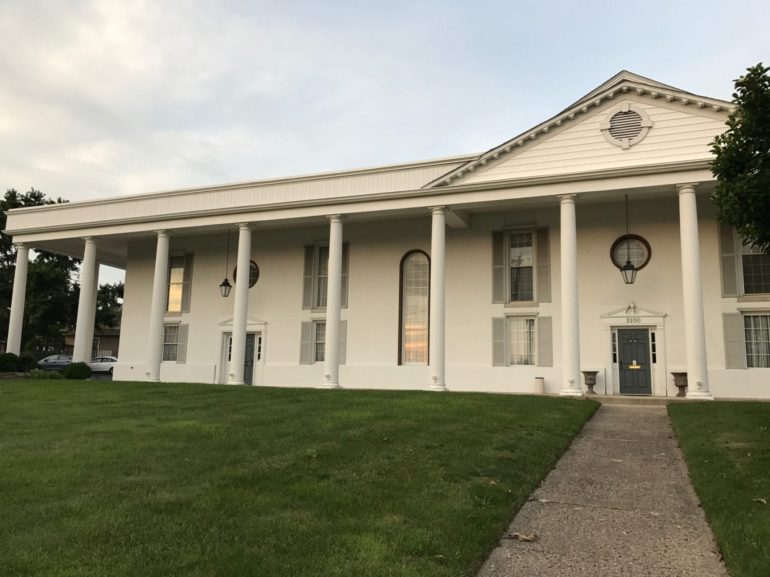 The 2017 10 Most Endangered Buildings In Columbus

From crumbling floorboards to holes in the roof, or prime real estate locations, old buildings have a lot of enemies.

The Columbus Landmarks Foundation is a key player in the protection of Columbus’ most historic locations. Every year the foundation releases a list of buildings around the capital city that are at risk for demolition, destruction, or are facing irreparable damages. The Columbus Landmarks Foundation believes that these “sites contribute not only to Columbus history but also to the character of the community.”

Want to see which buildings are in dire need of help? Here’s the list of the top 10 most endangered buildings in Ohio’s capital city for 2017.

A post shared by Columbus Landmarks Foundation (@columbuslandmarks) on May 23, 2016 at 10:27am PDT

Address: 1048 E. Long St., Columbus, OH 43203
The story: This deteriorating house was once the home of dentist Dr. Edward C. Mills and his wife Nellie. The house has five bedrooms, two full baths, and was bult in the late 1800s. The archetectural style of the home is known as Second Empire and comes from the 17th century Renaissance. It’s been vacant for years and could be torn down to build a new residence.

A post shared by Columbus Landmarks Foundation (@columbuslandmarks) on May 17, 2017 at 12:08pm PDT

Address: 167 S. High St., Columbus, OH 43215
The story: The Ohio National Bank was built in the year 1914 and show off the beauty of neo-classical architecture. The bank is on the corner of High and Town Streets. The only thing more sepctacular than the exterior of this building is its interior. The grandiose lobby is full of marble. Despite its splendor and good bones, the Ohio National Bank has sat empty for nearly two decades. Since Downtown Columbus is teeming with new developments, historic buildings like this one could face destruction to make way for new buildings.

Address: 1533-1537 Mt. Vernon Ave., Columbus, OH 43203
The story: The Mt. Vernon Ave. Commercial Building was built in 1900 and in its 117 years, the edifice has been a boarding house for women, an office space, a barbershop and drug store, a laundromat, a restaurant, and an art gallery. This brick structure is just full of potential and just needs someone to give it a chance. You can find the building on the corner of Taylor and Mt. Vernon Avenues.

Address: 1567 E. Livingston Ave., Columbus, OH 43205
The story: The Livingston Avenue Theatre opened in 1946 in Columbus’ Driving Park neighborhood. The fun, colorful Art Deco style appears retro now, but back in the day it was the cat’s meow. The zoning variances for 45-unit affordable senior housing development have been approved by the Livingston Area Comission for this site. This project will incorporate the theater’s lobby and façade, but most of the remaining structure will be demolished. This project is the brainchild of the Westerville-based Woda Group.

A post shared by Columbus Landmarks Foundation (@columbuslandmarks) on Feb 1, 2016 at 9:55am PST

Address: 498 Berkeley Rd., Columbus, OH 43205
The story: The Holy Rosary Catholic High School opened its doors in 1928. The building, built in the Northern Italianate style, matches the same style of the nearby Holy Rosary Church.The school building was used until the 1960s when the Holy Rosary Parish merged with Community of Holy Rosary and St. John the Evangelist.

A post shared by Columbus Landmarks Foundation (@columbuslandmarks) on May 12, 2017 at 1:47pm PDT

Address: 776-778 Franklin Ave., Columbus, OH 43205
The story: Henry S. Hallwood of Hallwood Block, an entreprenuer and Columbus icon, once lived in this home. The structure was built in the year 1895 and is a mix of Romanesque Revival, French Chateau inspired and Queen Anne style archetecture. Artsist Barbara Chavous called this place home until her passing 2008. The Hallwood House is in Olde Towne East, one of the cities most coveted real estate locations.

Address: 2738 Ole Country Rd., Columbus, OH 43219
The story: The buildings on this farm are over a century and a half old. The property belonged to Elam Drake, a mason and brickmaker whose handiwork helped make some of Columbus’ first brick buildings. These days, the farm buildings are the victims of graffiti. The Columbus Regional Airport Authority owns the Elam Drake Farm and is rumored to have big plans for the grounds.

Address: 1155 W Mound St., Columbus, OH 43223
The story: Cooper Stadium was built back in 1932 and was originally called Red Bird Stadium. It was the home of the Columbus Clippers until they made the move to Huntington Park in 2008. Arshot Investment Corporation, announced that they would make the convert the space SPARC (an acronym for the Sports Pavillion and Automotive Research Center). But there hasn’t been much news on the pavillion since.

Address: 2211 Parsons Ave., Columbus, OH 43207
The story: Columbus Castings/Buckeye Steal opened in 1902. The entire Columbus Castings property exands across 90 acres of land. The plant was still in operation until May of 2016 when the company filed for bankrupsy. Now, the industrial site has been purchased by the Reich Brothers and they haven’t announced their plans for the property. 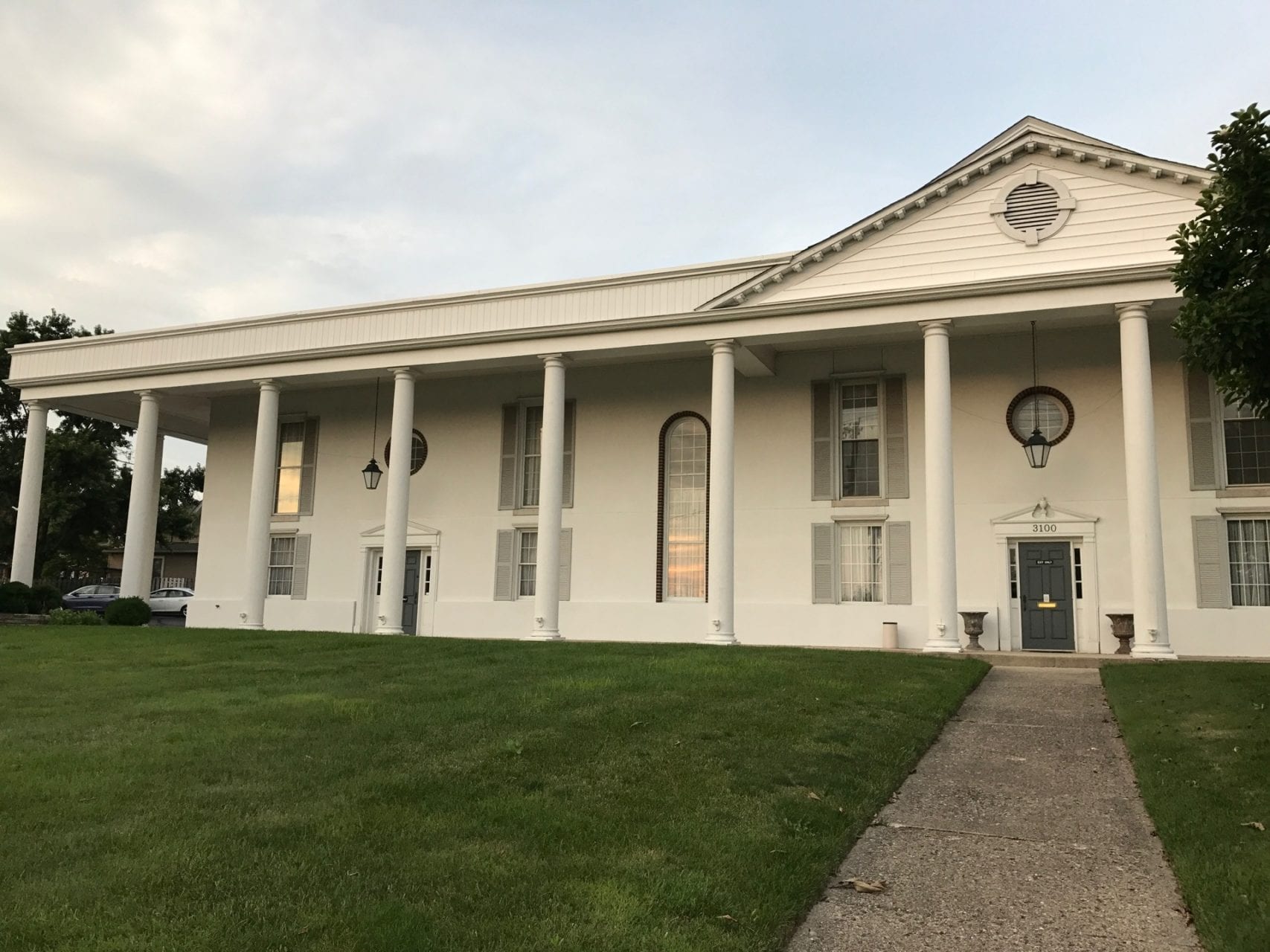 Address: 3100 N. High St., Columbus, Ohio 43202
The story: The Clinton Chapel was a stop on the Underground Railroad and was the first church built in Clinton Township. It was built in 1838 and is currently surrounded by the former Southwick-Good & Fortkamp Funeral Chapel. The property is currently for sale which means that one of the oldest standing structures in Franklin County could be demolished and turned into condos or apartments.

Want to see more of these buildings? Click here to watch a video from the Columbus Landmarks Foundation.

Do you have an idea on how to save or repurpose on of these buildings? Tell us on Facebook or Twitter! I don’t know about you, but I think I’ve watch enough This Old House with my dad to get to work on one of these places.