This Historic Train Depot Is Getting A Major Revamp 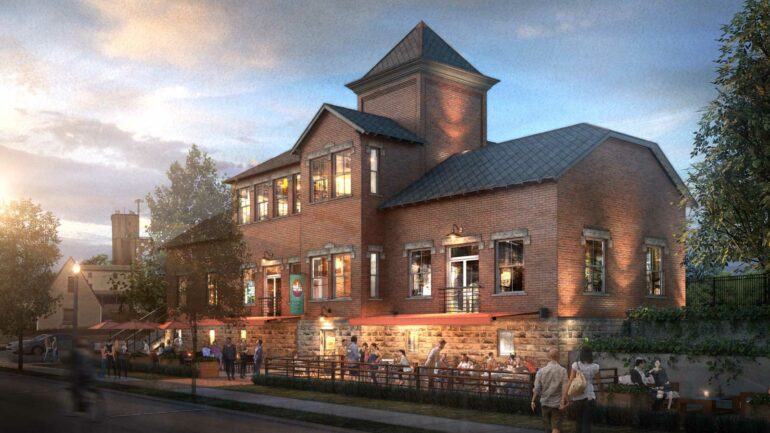 Historic buildings get torn down a little too quickly around Central Ohio.

It’s always a shame to see a beautiful old building go and on the opposite side of that, it’s always a joy to see someone put time and effort into restoring and repurposing these spaces. In Delaware, a gorgeous old train depot is getting a new lease on life.

Originally built in 1885 by the Cleveland, Columbus, Cincinnati & Indianapolis (C. C. C. & I.) Railway Company, this historic train depot has lived many lives. The latest rendition of the depot will be a mixed use space brought to life by RiverWest Partners.

The developer hopes to turn the building into a community destination that will include both restaurant and office space, highlighting the classical architecture of the depot.

“We are excited to rehabilitate and develop this unique building to bring it back to life while adding to the growing energy of the east side of Delaware. Delaware has seen tremendous growth in its downtown, and we are starting to see this same energy on the east side,” said RiverWest in a statement. “We think the Depot will be a catalyst for continued neighborhood growth, together with many other projects completed or in the works in this dynamic neighborhood.”

Plans for the depot include the possibility of removing an embankment to show off the hand-hewn basement stone foundation in a walkout restaurant and patio space along Lake Street. Taking care of the historical character of the property is important to the developer, which aims to restore and rehab the exterior to its former glory.

Although a timeline for the project hasn’t been announced, interested potential tenants can contact RiverWest at [email protected] or 614-340-9830 to discuss available space.