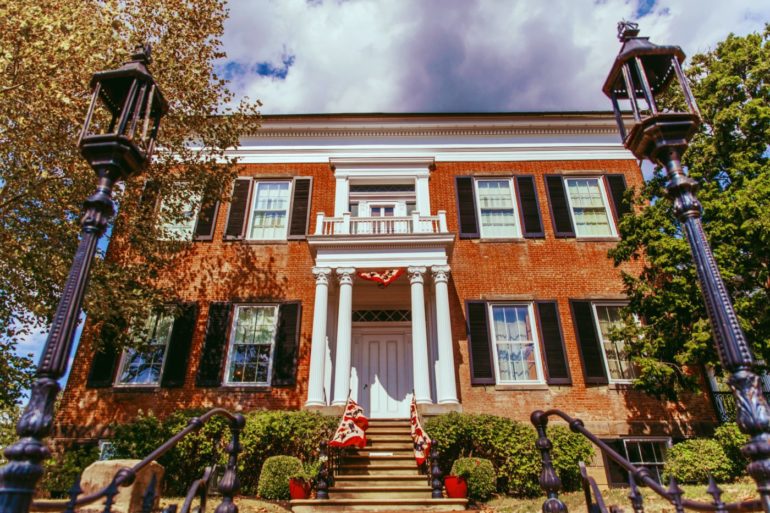 💸 This post is sponsored by The Decorative Arts Center of Ohio. But rest assured, all thoughts and opinions contained within are genuine and our own. 👍🏼

I love nothing more than a good surprise. Seriously, surprise parties, surprise jam sessions, impromptu bonfires with friends, I can’t get enough. Couple that with my insatiable desire to know as many random facts as I can, and you’ll get a clear picture of why I found The Decorative Arts Center of Ohio, and it’s current exhibition, so incredibly engaging.

Nestled on the Main Hill in the historic Reese-Peters home, walking through the doors of the Decorative Arts Center of Ohio is like walking back in time. Although the house now serves as a beacon for the arts in Fairfield County, it was once the grandest home in the city. 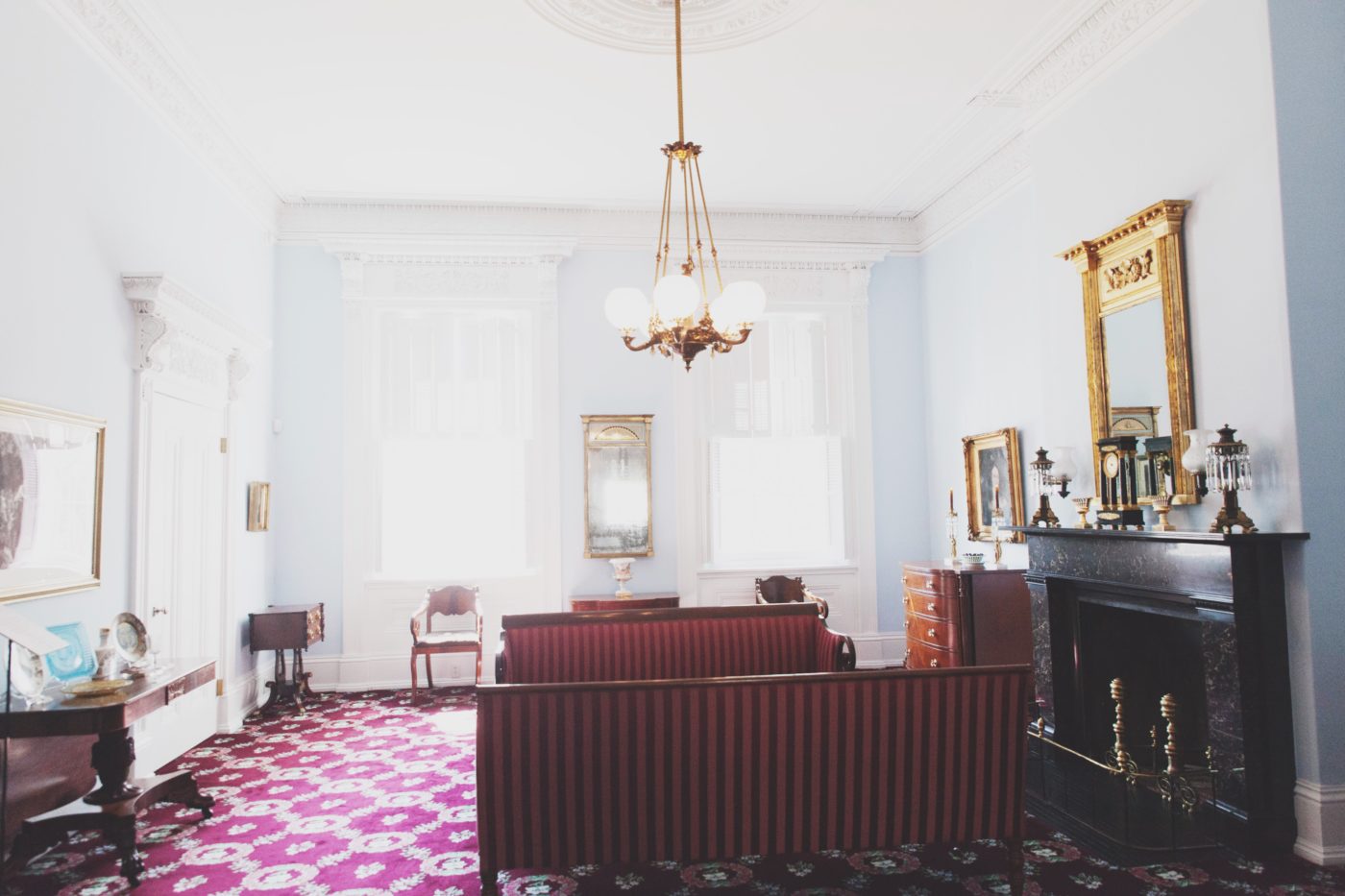 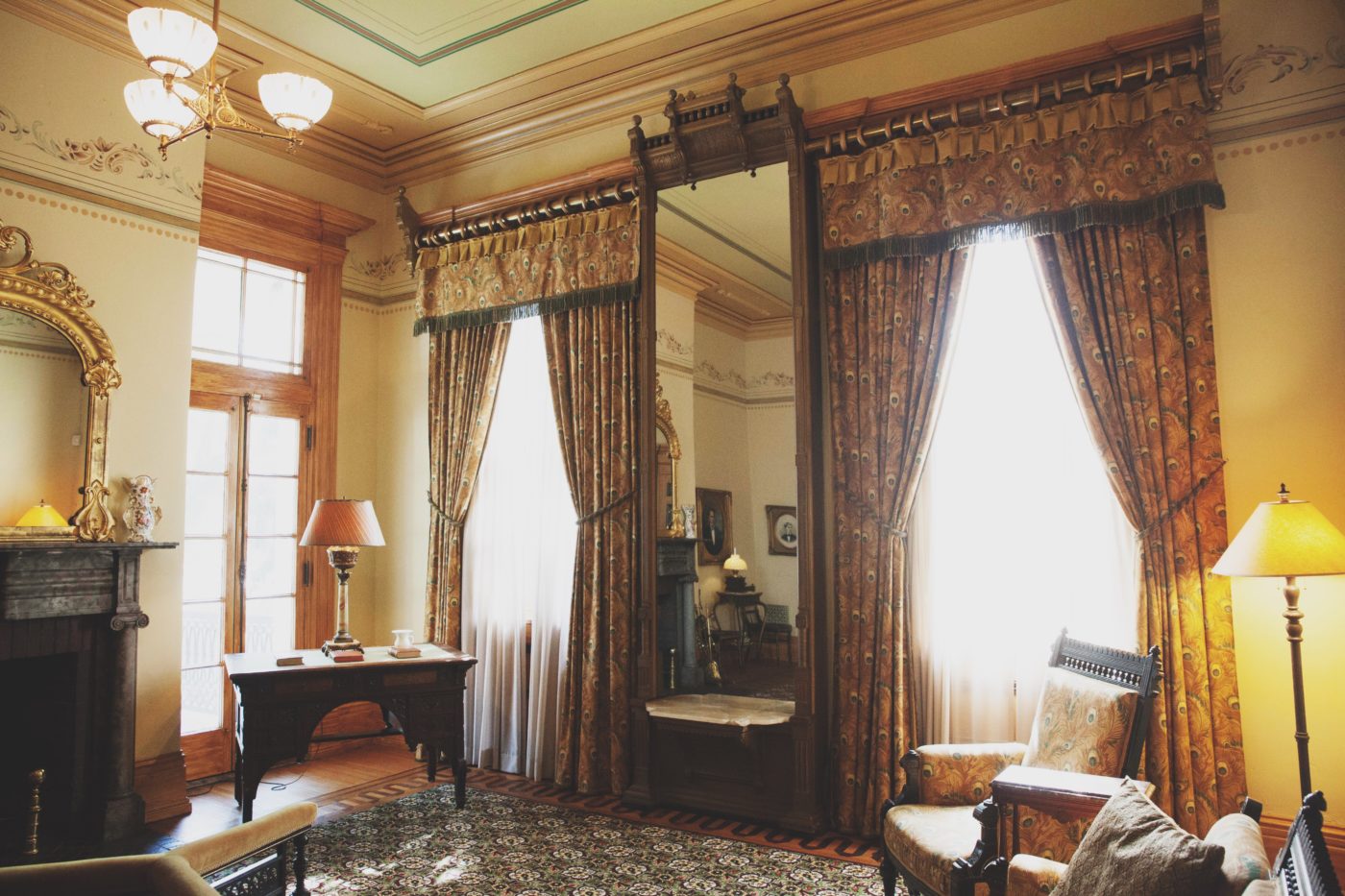 The Reese-Peters home was built in the Federal/Greek Revival style in 1835 by Philadelphia native William James Reese and his wife Mary Elizabeth Sherman, the eldest sister of General William T. Sherman. The Reeses moved out of the home in the early 1840s after facing economic uncertainty and the property changed hands over the next few decades. The house was left in a trust in 1954 by Philip Rising Peters, eventually becoming the Decorative Arts Center of Ohio.

The Decorative Arts Center of Ohio hosts three exhibitions per year, in addition to summer camps, art classes for youths and adults, private tours, lectures, and more. The history of the home is the perfect backdrop for the current exhibition, The Ohio Presidents: Surprising Legacies, which emphasizes some of the stories of Ohio’s U.S. Presidents that haven’t broken into pop culture. 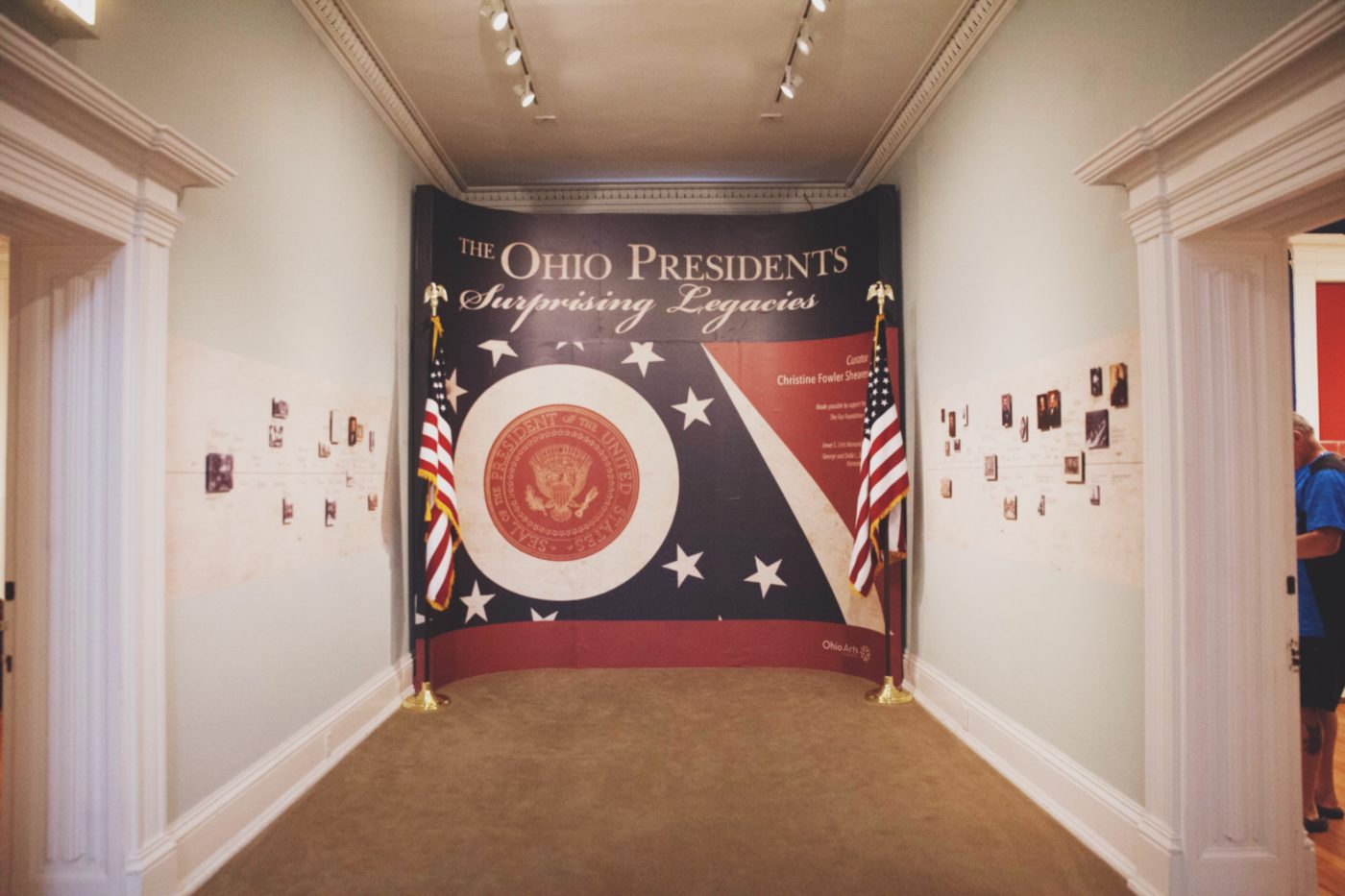 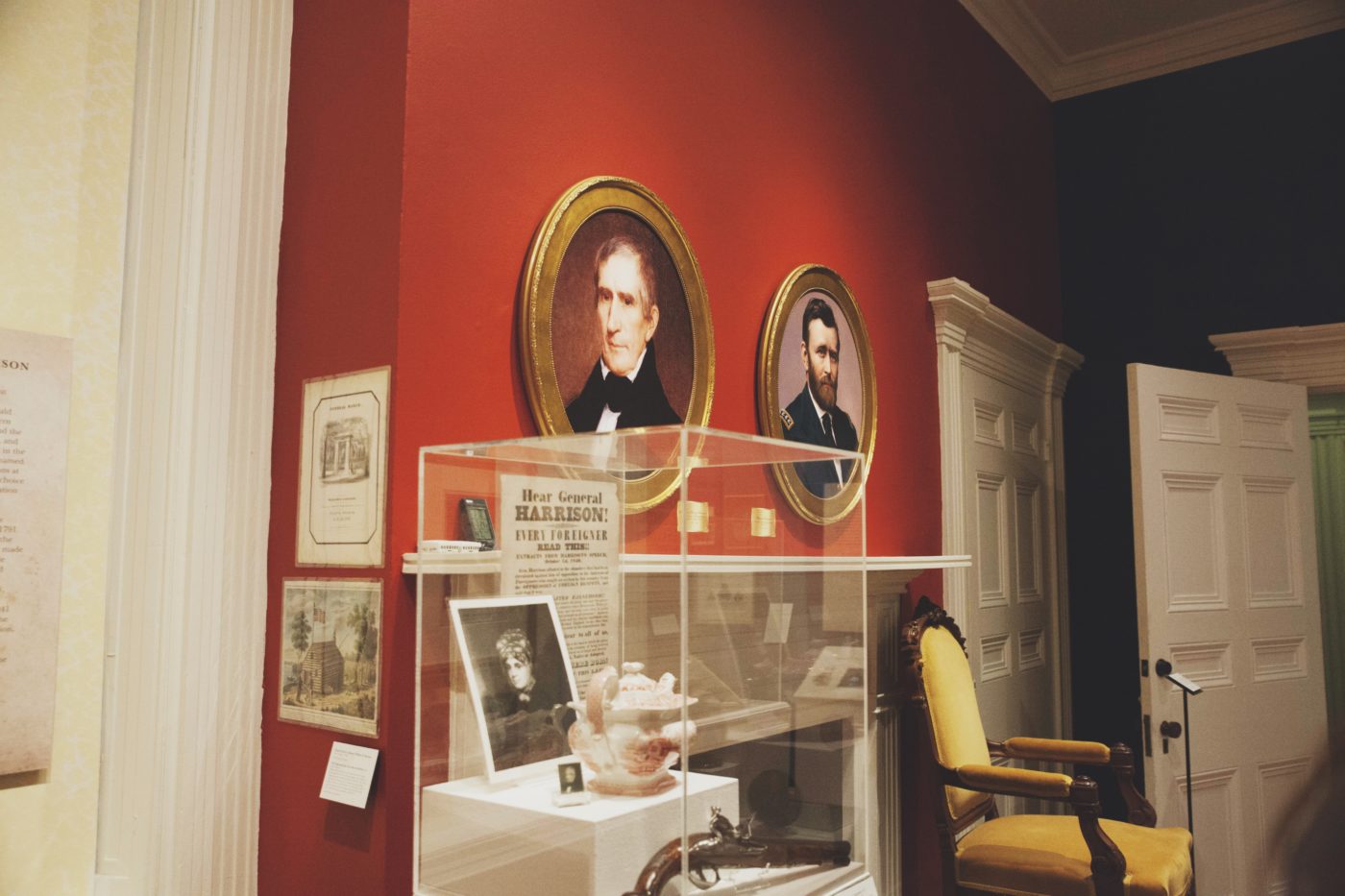 Everyone knows a few Ohio presidents talking points, like Taft getting stuck in a bathtub (he actually didn’t- who knew?) but the contributions and scandals of the Ohio presidents are often overlooked.

In fact, Taft was a hugely successful lawyer and the only president to also serve as Supreme Court Justice. He was already a judge in his 20s and was handpicked by President Teddy Roosevelt to replace him as president. See? So much more than a large man who got stuck in a tub. 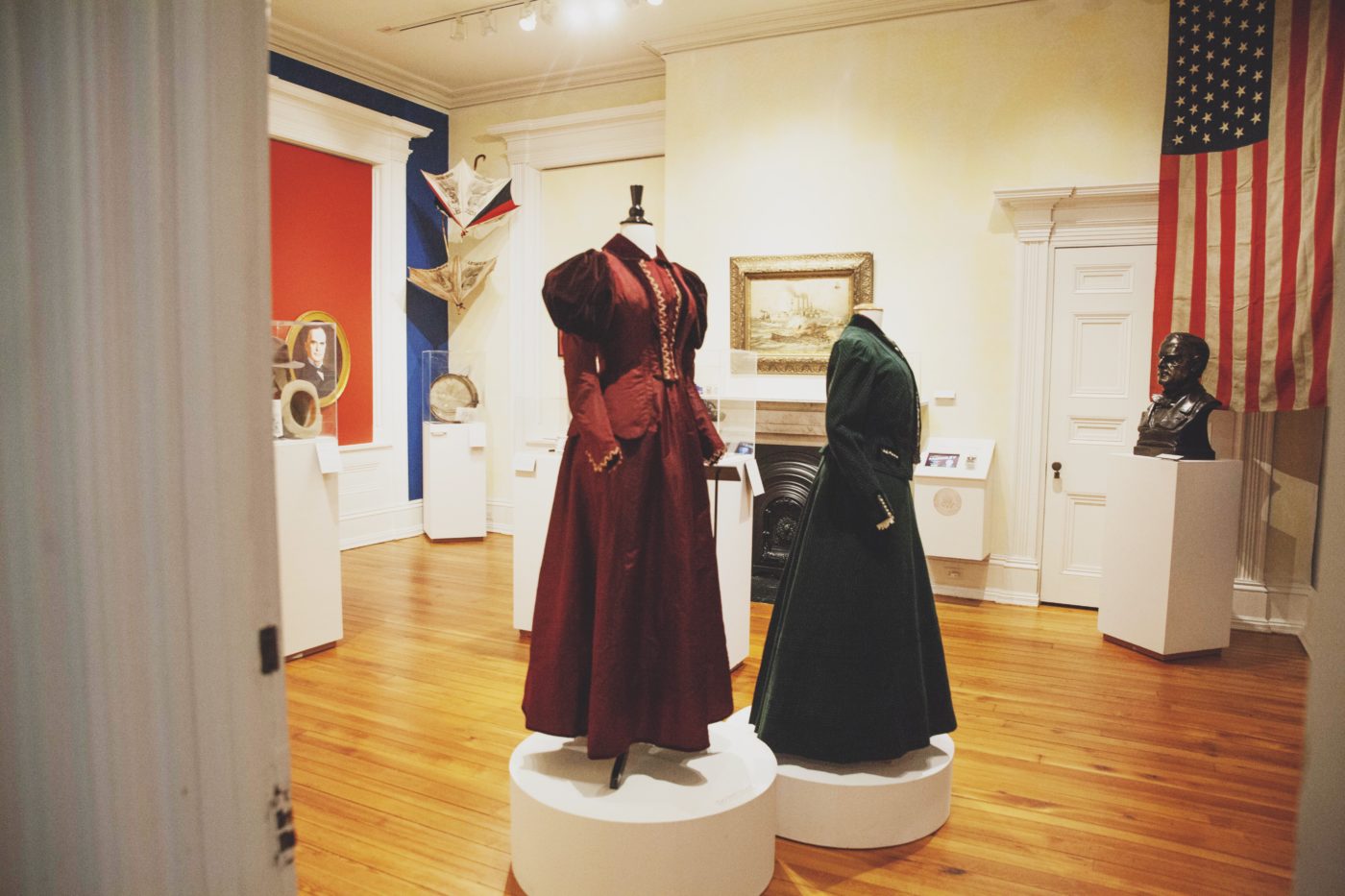 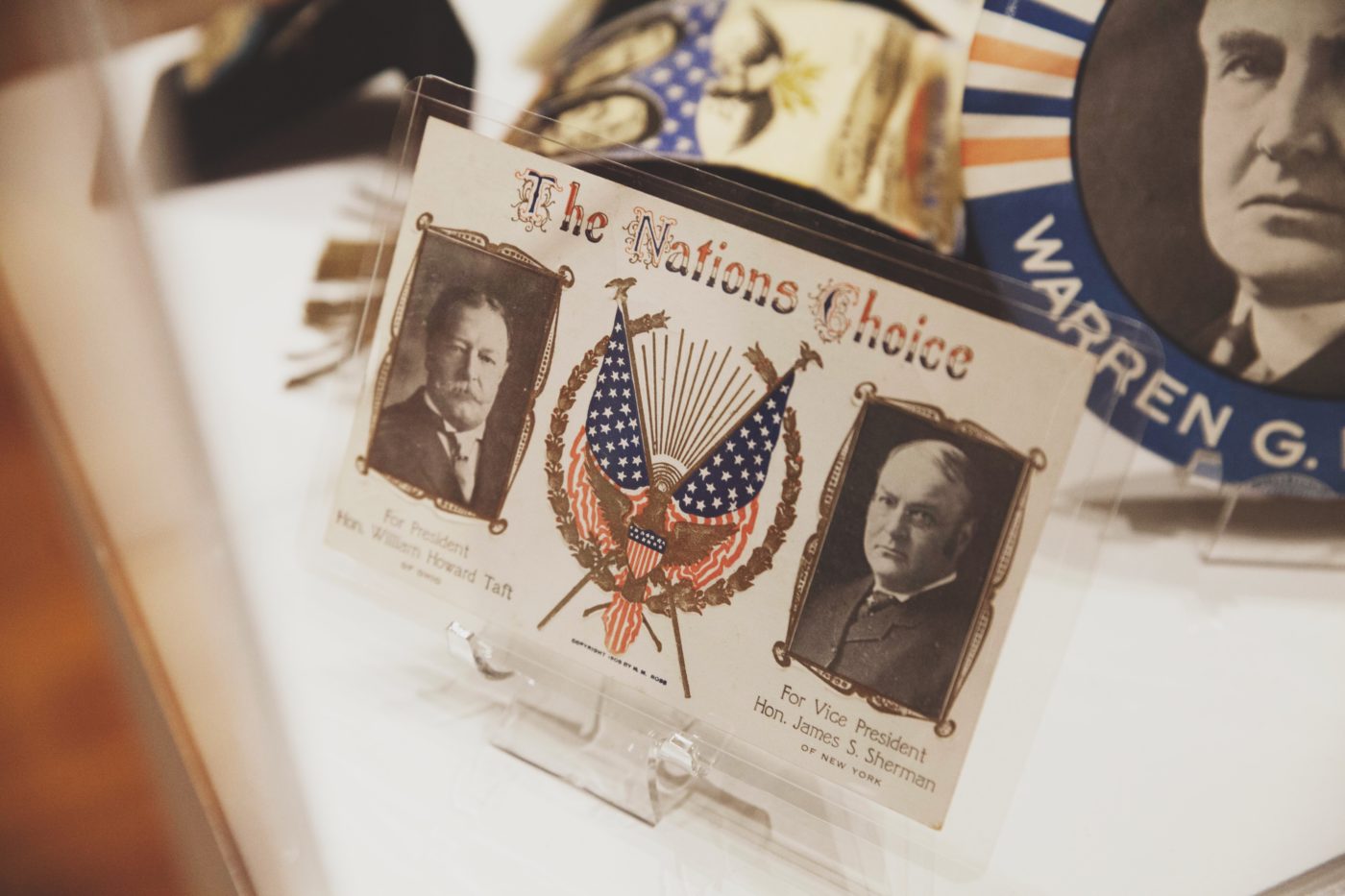 The surprising legacies of these presidents were what drew Judith Oppenheimer, External Relations Manager at the Decorative Arts Center of Ohio, to the idea of the exhibition. What else didn’t we know about the men of Ohio who served in the highest office in the nation?

“Back in the day, Ohio was basically Silicon Valley,” explained Judith. “We were on the edge of the territories. It was a place for people to build their fortunes and to innovate.” 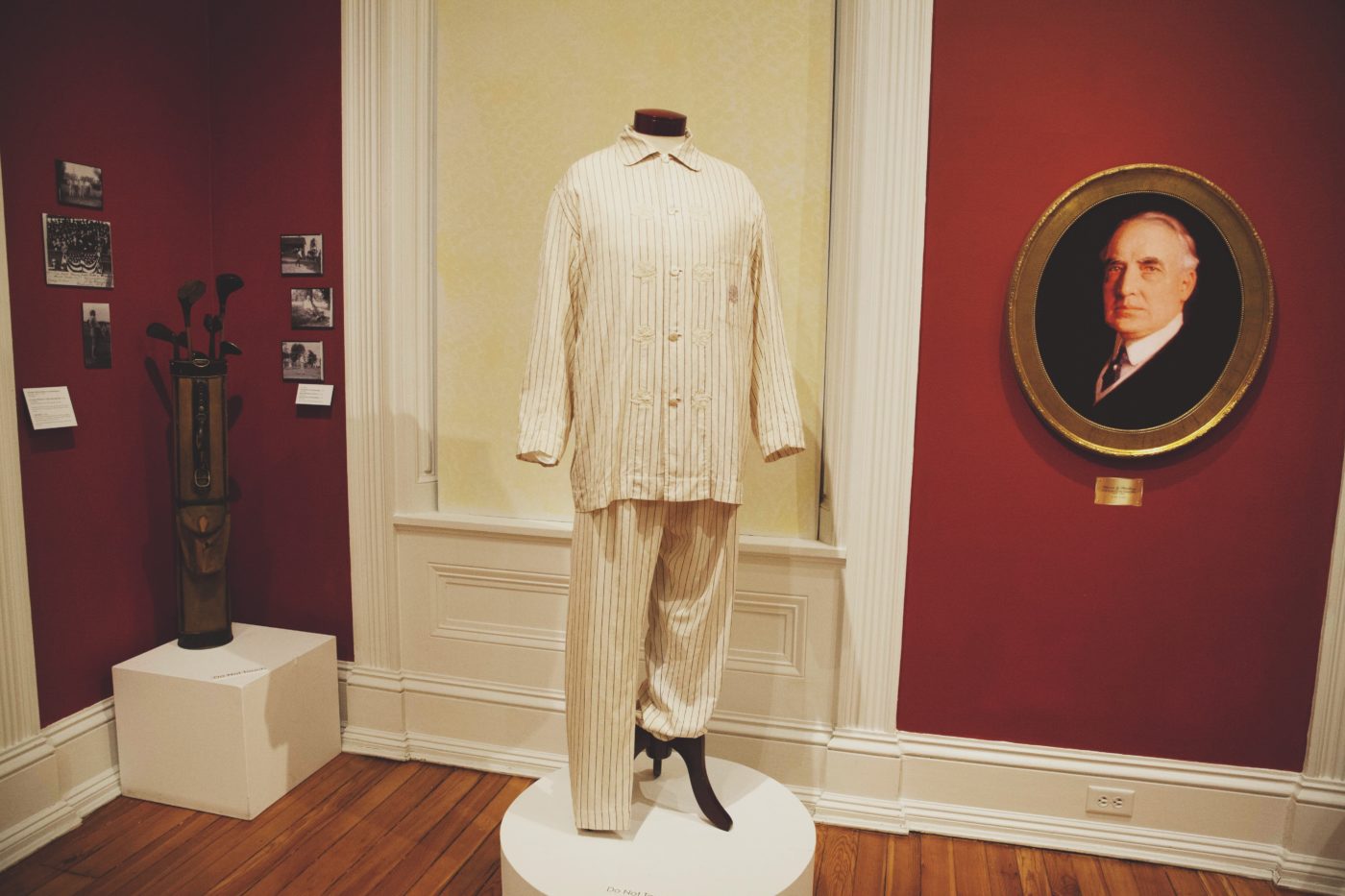 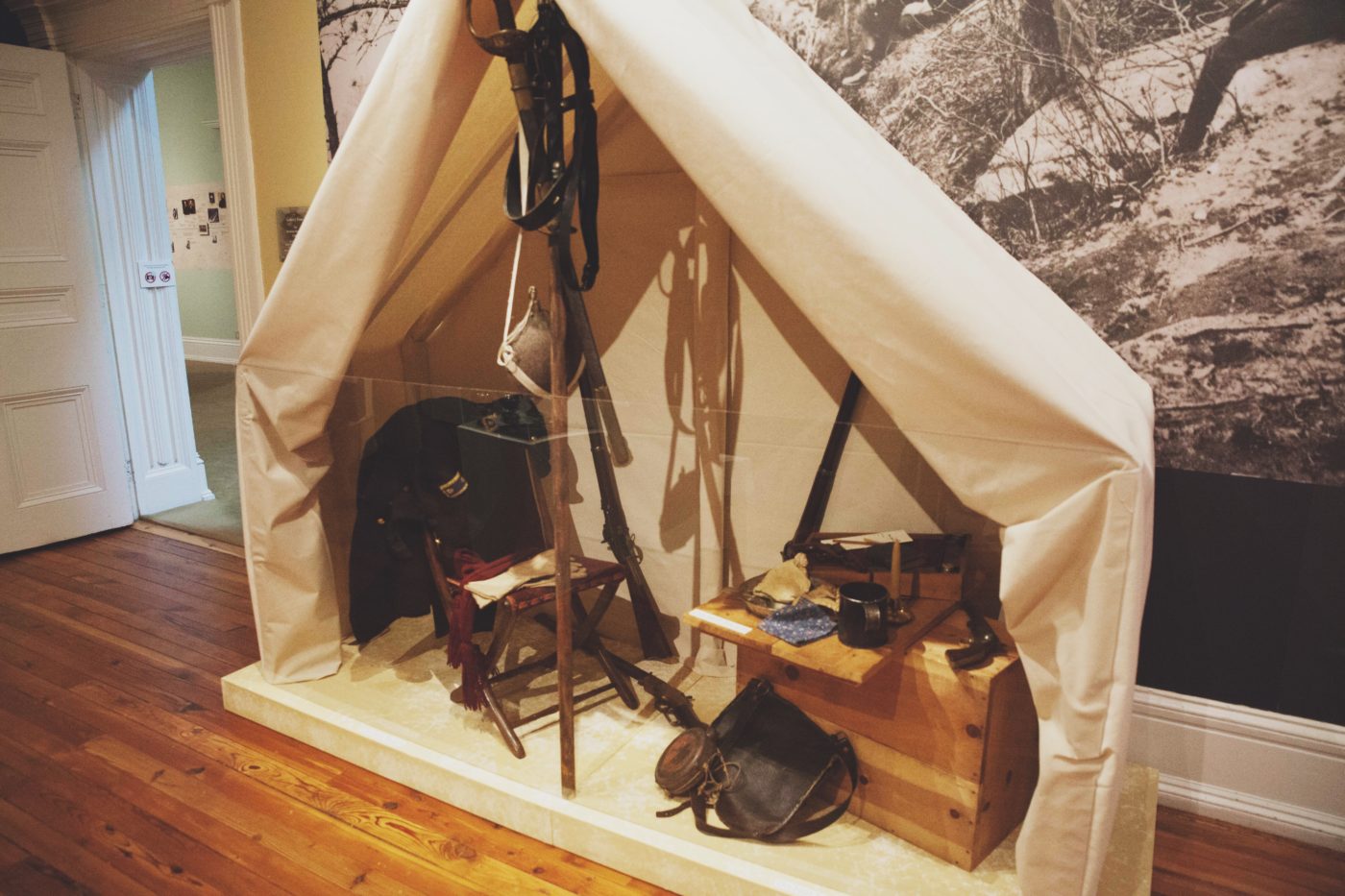 Items on display vary, from elaborate dresses worn by First Ladies to forward-thinking campaign paraphernalia. Each room at the Decorative Arts Center of Ohio features two different presidents, with interactive touch screen displays aimed at children and collector’s cards of each president along the way.

Over 12,000 fourth grade students from the surrounding area will experience the tour.

“The kids love the collector’s cards,” said Judith. “And so do some of the adults! I’ve seen grown men get pretty excited about getting them all.”

The Decorative Arts Center of Ohio is hosting a special event featuring three first ladies, Lucy Webb Hayes, Helen “Nellie” Herron Taft, and Florence Kling Harding. These women shaped the role of the First Lady and made lasting impacts on the position. The discussion panel at the event will feature Christie Weinger, Executive Director of the Rutherford B. Hayes Presidential Center, Sherry Hall, of The Harding Home, and Governor Bob Taft. Tickets can be purchased in advance for $8 or at the door for $10.

Ohio Presidents: Surprising Legacies will be on display until December 29. Admission to the Decorative Arts Center of Ohio is free, but donations are welcome. They are located at 145 E. Main St, Lancaster, Ohio 43130.