A Man Asked Twitter What The Most Obscure Big City In America Is. A Lot Of People Said Columbus 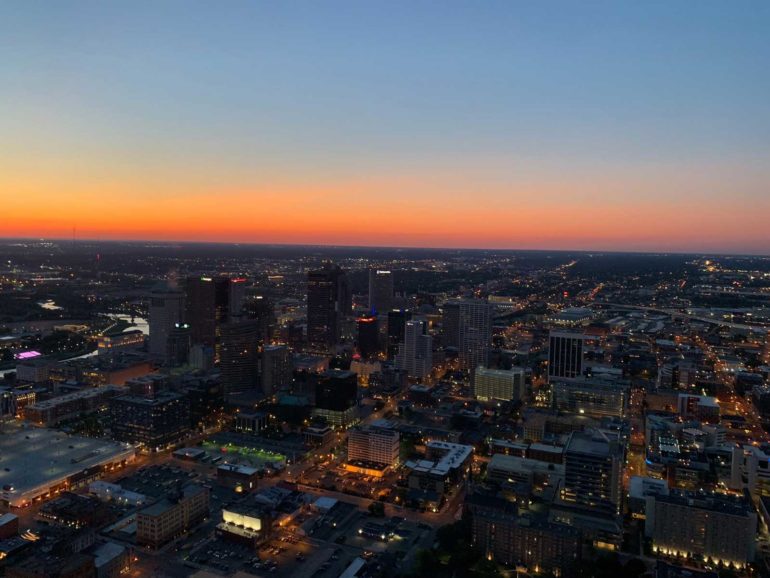 If you’ve ever wondered whether or not people think of Columbus as a big city, I’ve got news: they don’t.

While we may know that there are hundreds of thousands of us bouncing around this town at any given moment, most of our fellow humans seemingly forget we exist. Nolan Grey, (@mnolangray) posed a simple question on Twitter:

What's the most obscure big city in America?

Columbus wasn’t the only city declared the most obscure, but we did get quite a few mentions. In case you didn’t realize, Columbus is the 14th largest city in the United States.

Columbus , a top 15 city most people forget even exists except for the occasional BIG 10 football game or friend who throws caution to the wind and takes a job at the Victoria’s Secret or Abercrombie and Fitch Home office

And although it may not seem like it, there’s a lot more going on here than just the Ohio State University. Which, for the record, is one of the largest universities in the country.

The idea that Columbus is larger than Cleveland and Cincinnati (bigger than both of them combined, even!) recently blew my mind. They don't even have a major league baseball team or a broadsheet newspaper.

Hmmm. Columbus, OH is a good bet (900,000 city proper, 2 million metro and yet when was the last time literally anyone thought or heard of Columbus)

Here in Columbus, we’ve got world-class attractions, like the Columbus Zoo and Aquarium, COSI, and the Columbus Museum of Art.

Columbus, OH. 14th largest city in the country and all I know about it is Ohio State.

We’re the third-largest capital city in the country and outside of Chicago, more people live in Columbus than any other city in the midwest.

It's gotta be Columbus. I'm 50 years old and just learned this year that it's the biggest city in Ohio. It's population is higher than Cleveland and Cincinnati combined. I sincerely thought it was the size of a large suburb. I don't even know why.

Also joining Columbus in the “frequently mentioned” category was Jacksonville, FL, Charlotte, NC, and Fort Worth, TX. What do we all have in common?

It's fascinating to me how all the correct answers to this question all seem to be undergoing mind boggling population growth: Charlotte, Columbus, Jacksonville, Fort Worth, etc. You might not know much about these cities now, but you probably will in 25 years!

So I guess to rid ourselves of that most obscure big city title, we just need to keep on growing. Who knows? Maybe by this time next year we’ll be world-renowned.