Columbus’ Problem Isn’t That It Lacks Identity, It’s In Failing To Accept The One That It Has

Many claim Columbus is a city starved of personality and function, but that couldn’t be farther from the truth.

It’s hard to contemplate a city’s substance without first walking its streets, and it’s fairly impossible not to once you do. I walk Columbus a lot. There’s a sickly sweet feel in watching its neighborhoods change. Noticing how its pristine sidewalks turn into crumbled jagged suggestions of a pathway and back again. Its people reshape and transform along with it. Open smiles from strangers evolve into slight tips of the chin. Business men turn into panhandlers who in turn transform into college students. It’s head-spinning and peculiar, but it also fills me with an odd sort of pride. A unique dignity that I’ve never really understood until just days ago.

Your Daily Update On Black Lives Matter Protests In Columbus

Need A Ride To Vote? Here’s How To Get Reliable Transportation To The Polls

There have been lots of recent talks and many thoughtful commentaries written, all asking the same thing: What is Columbus? Do we have a city identity and, if so, what is it? It’s certainly a fair question. When you have to describe Columbus in 140 characters or less or try and cram it into a single slogan or tag line, it’s enough to leave you stuttering for the words and scratching your head. But maybe the issue isn’t that Columbus lacks a coherent identity, maybe the real problem is that the city refuses to accept the one it has. 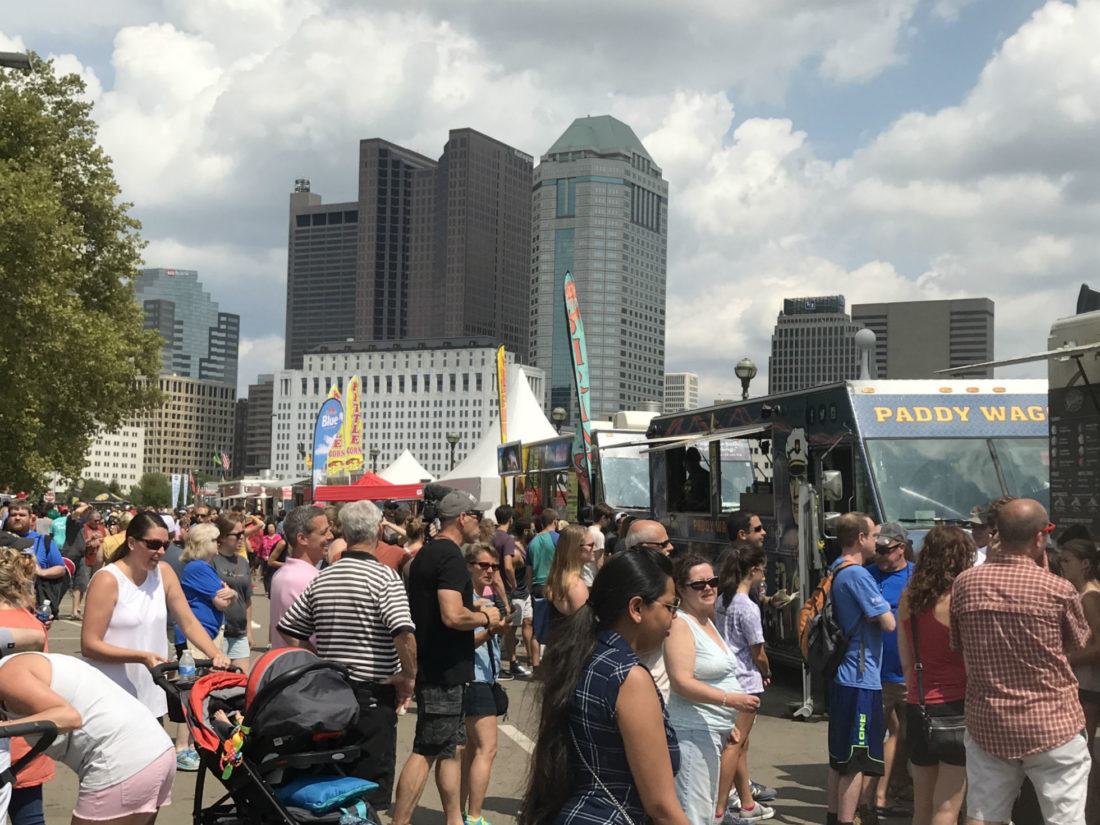 City leaders have been bracing for a series of growing pains in the coming decades.

Experts theorize that Columbus will have absorbed 500,000 more residents in the next 20 years. Already the city is developing condos and mixed use development properties to handle the incoming surge in population. But that’s all physical, the bones and sinew of a city. The real question that arises is, what are we doing to ensure that we’ll be the city we want to be when that happens? The solution is actually a lot simpler than it seems; know thyself.

Columbus has its fair share of problems, but a lack of identity isn’t one of them. We lack branding, perhaps, but our city has a distinctive personality. It’s not one you can see from afar or outside, it’s one you have to stick close to the pavement before you feel. It’s in the crowded hum of office workers during lunch rush in the Arena District, it’s in the hush just before a jazz trumpet bellows in a darkly lit night at Dick’s Den, and yes, it’s even in the parking of Ohio Stadium before the Buckeye season opener.

At least part of the problem comes from being forced to choose just one thing, one singular persona that encapsulates all that we are and should be.

We’re being told to pick one purpose, to shed everything else, and to stick with it. And why should we? Sure, pretending to be a two-dimensional citizenry will make us more marketable, more easily understood, but we’re a city with too much depth to easily pull that facade off, and that’s okay.

Columbus knows what it is, it just has a hard time accepting it. It’s a small town chic, rustic metropolis. It’s diverse but feudal, homogeneous but instinctively tribal. Its people are poor trash yuppies, bleeding heart conservatives, and avocado toast eating baby boomers, unironic in our tastes, motives, and habits. We’ve spent so much time trying to be one thing or another that we forgot what Columbus really is: nothing remotely close to a singular definitive, and that’s just our schtick. It’s our city, and it’s a city for all of us.