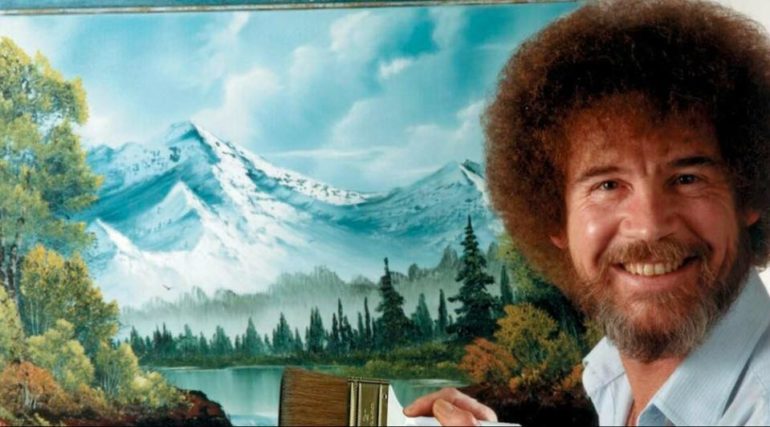 If you’ve been craving the opportunity to channel your inner Bob Ross, now is your chance. Parsons North Brewing, who’s been consistent in their fandom of Bob Ross since their opening, will be hosting monthly painting sessions where you can show off your skills while you sip on a beer.

The iconic Bob Ross rose to fame with his PBS painting show, The Joy of Painting, which ran from 1983-1994. He was often compared to Fred Rogers for his calm and comforting demeanor, making everyone feel like they had what it took to become a star painter like himself.

He learned how to paint while he was in the airforce and that’s something we should all be grateful for because he’s one of those people who’s positivity and willingness trying new things lives on in us all. Also, I don’t mean to drop this sort of bomb on you, but it’s only fair to tell you that his hair was, in fact, permed.

Now that we’ve got that shocking bit of info out of the way, let’s move on to why we’re all here: an epic day of happy little trees and happy little beers.

The monthly classes at Parsons North will be led by Kathleen Sheppard who is a certified Bob Ross instructor. Yeah, she’s official. By purchasing a ticket, you’ll get some one-on-one help from Kathleen and learn how to paint a variety of sceneries, from stunning mountains to tranquil oceans, and of course, plenty of trees.

All of the materials you’ll need to paint are included in your ticket and you’ll be able to take your masterpiece home after the four-hour class concludes. You’ll also get a beer to sip on while working.

These classes are small, only 20 participants, and they’re insanely popular. In fact, the March and April classes have already sold out, but you can snag your tickets for the May class here.

If you aren’t lucky enough to get your hands on a ticket, you can still visit Parsons North Brewing, located at 685 Parsons Ave, to catch Bob Ross on TV while you hang out.