The Best Places To Satisfy Your Tater Tot Cravings In Columbus 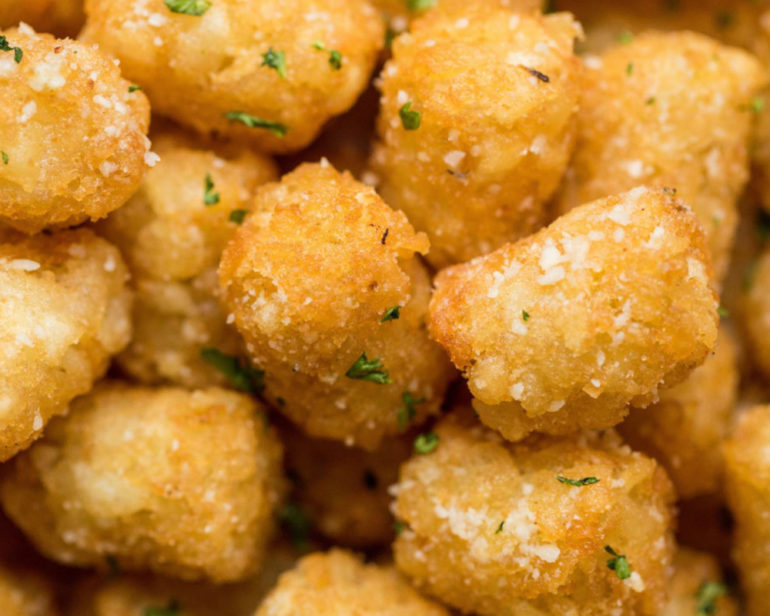 My name is Chelsea, and I have an obsession with tater tots.

The funny thing about it is, as a kid, I didn’t really enjoy tots that much. My real obsession started in college and ever since then, they’ve been a guilty pleasure. There’s a lot to be said about the versatility of the potato, but I think the highest form is probably the tater tot. If made properly, they’re crispy on the outside, but soft on the inside. You don’t need to eat too many to feel like you’re getting your money’s worth and I’ve genuinely never seen anyone look unhappy while enjoying an order of them.

You can make them at home, but I happen to enjoy them best when paired with a beer while out and about, which is where this list comes in pretty handy. If you’ve been craving the perfect tots, I’ve got some suggestions for you.

At 101 Beer Kitchen, their loaded tater tots are listed as an appetizer, but no one here will judge you if that’s your whole meal. The tots are pretty big, topped with pork croutons, cheddar cheese, green onions, and sriracha sour cream. They’ve also been known to serve a brunch version which comes with an egg on top and is basically the ultimate hangover cure. 101 Beer Kitchen has three locations around town, one in Dublin, one in Gahanna, and one in Westerville, so there’s really no excuse not to head there and load up!

My first official Columbus love affair with tater tots started at Dirty Franks. And the love is still going strong. They’re not fancy. You won’t find anything unexpected. But that’s what I love about them. Their just consistently comforting, which is all you really need out of some tater tots anyways. Pair these bad boys with a Puff the Magic Popper and you’re in for a good night!

If you haven’t been to Mac’s in a few years, you’re going to want to get yourself down there. Not only have they undergone a stunning physical transformation, but the menu has gotten a little love as well. I used to be a strictly Scotch Egg girl there, but now, I can’t not order the tots. They’re perfect and uncomplicated and that’s what I love the most about them.

I was introduced to Pat & Gracie’s by a friend from Clintonville, and let me tell you, it’s been a game-changer. They excel at raising up pub food to something more and that includes their house-made tater tots. The tots aren’t what you’re expecting. They almost resemble tiny eggrolls, but don’t let their non-typical appearance freak you out. They’re served with garlic aioli and they will make your tummy so very, very happy.

Just like hair in the south, these tots are bigger. Maybe it brings them closer to God? I don’t really care why, but I do know that they’re freaking amazing. The house tots topped with brisket, queso, and Alabama sauce. I have no idea what exactly is in Alabama sauce but I do know that these are an incredible bite. You’ll want to share these guys with friends because they are super filling.

What goes best with a bagel? Tater tots, obviously. And nobody proves that quite like Nate’s Steamed Bagels. The seasoned tater tots are topped with parmesan cheese and parmesan peppercorn sauce and they’re incredible. If you were ever wondering if it’s acceptable to eat tater tots in the morning, you now have your answer.