This Is About To Be The Hottest Instagram Location In Columbus

In the North Atrium of the Greater Columbus Convention Center, you’ll find one of the most unique displays of art in the city.

The 14-foot sculpture is in the shape of a human head. Using hundreds of thousands of LED lights, the sculpture, entitled “As We Are”, displays guests faces in an interactive way. Last week, former Columbus Mayor Michael Coleman tested the statue out.

The exhibit was designed by artist and Columbus College of Art & Design professor, Matthew Mohr. It sits in the newly redesigned North Atrium at the Greater Columbus Convention Center. 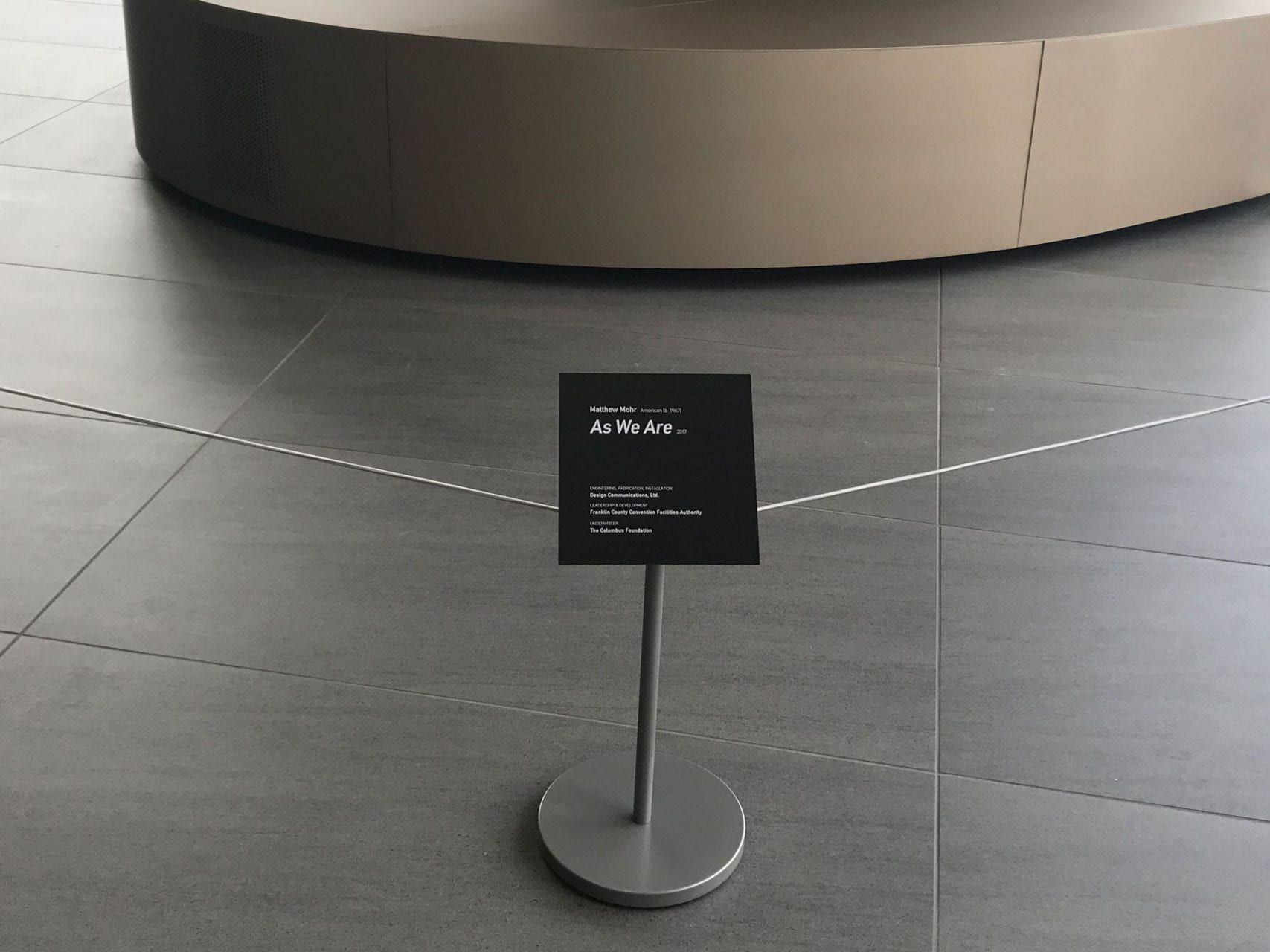 The statue will be officially open to the public this Saturday, September 2. According to Columbus Business First, city officials hope “As We Are” will become a landmark and tourist destination here in the capital city, much like other nationally recognized art installations around the country.

“You can go to Chicago and see The Bean, you can go to Denver and see the big 12-foot blue bear outside the convention center,” Don Brown, the Executive Director of Franklin County Convention Facilities Authority told Columbus Business First. “And you can come to Columbus and see As We Are.”

Millions of visitors snap a photo at The Bean in Chicago’s Millenium Park every year. The blue bear Brown refers to is actually a 40-foot tall sculpture outside of Denver’s Convention Center called “I See What You Mean There”. The blue bear was completed in 2005 and has since become an icon of the Mile High City.

“As We Are” does require audience participation, in a way. In order to see their face in lights, guests will have their photo taken in a booth by 32 cameras. Those images will then be used to composite a 3D image of the users face, and projected onto the sculpture by 850,000 LED lights.