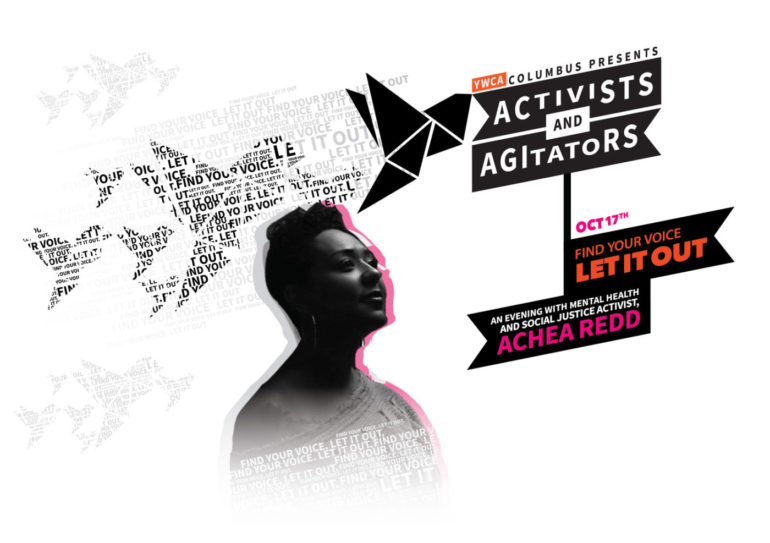 Activists And Agitators Is The Event That Will Reignite Your Fire

💸 This post is sponsored by YWCA Columbus. But rest assured, all thoughts and opinions contained within are genuine and our own. 👍🏼

It’s human nature to want to take part in something special.

That desire to make a difference is exactly what Activists and Agitators, an evening fundraising event from the YWCA, wants you to focus on. This year’s theme, Find Your Voice, Let It Out, is personified by mental health and social justice activist Achea Redd.

I had the pleasure of meeting Achea last fall. It was an incredibly hot day for October and I walked into the coffee shop where we were meeting up feeling pretty frazzled. It was an informal meeting that my co-worker had set up and I wasn’t exactly sure what to expect.

The conversation started out simply, speaking about mental health and the representation of minority women in the media. But as the meeting progressed, it became more personal. We talked about everything from being women in the workplace to the importance of taking care of one’s self before helping others. By the end of the meeting, I felt completely transformed. I felt more capable and found myself believing in the things I was fighting for a little more than I had when I arrived. That’s the effect Achea has on people.

When I found out that she’d be the keynote speaker at Activists and Agitators, I couldn’t help but feel excited for all of the people who were about to get the experience I first had a year ago: the chance to hear from someone who has the ability to understand us in ways we don’t yet understand ourselves.

This year’s event will focus on fostering dialogue and providing practical resources to educate the Columbus community on how to create meaningful change in their lives and the lives of those around them. There will also be an opportunity to learn about other programs at the YWCA Columbus.

When I asked Achea about how she felt when she got the call that she’d be participating in this year’s event, she answered candidly, as she always does. “It’s an honor. I was so happy,” she said. “I have always loved the YWCA and how they propel women forward.” 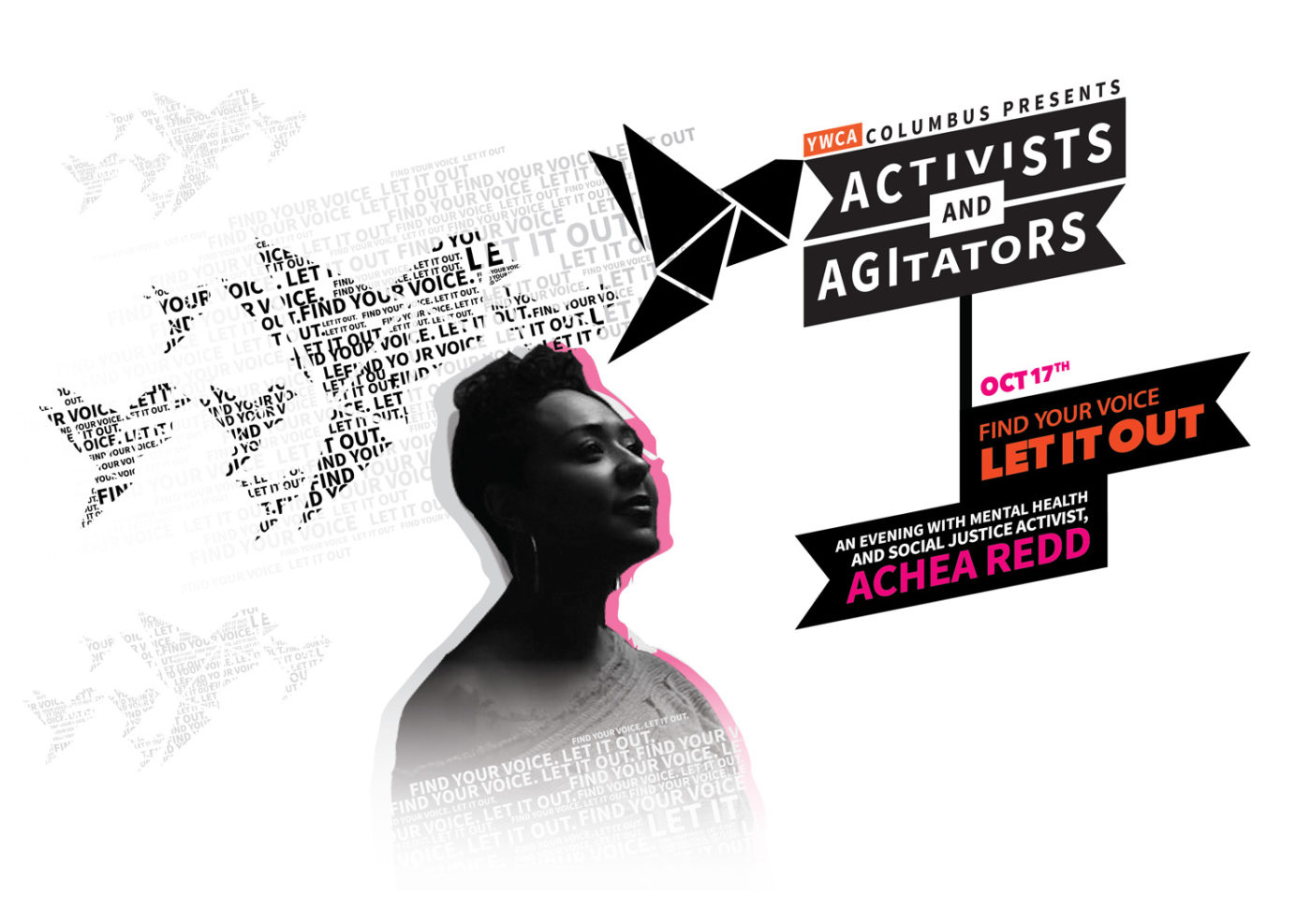 Mental health will be a core component of the event, including that self-care aspect Achea and I spoke about so long ago. “We know the number of suicides is on the rise, including in activists,” she explained. “We have to remember that before we rescue someone else we have to rescue ourselves.”

While an evening fundraiser can seem a little intimidating, the organizers want everyone to feel welcome. The event is come as you are. There is no dress code. The goal this year is to make the evening as interactive as possible. In addition to the programmed portion of the evening, there will also be a market place featuring women and minority-owned businesses, as well as an after-party.

The program will spotlight activists and agitators from the community including, Jeni Britton Bauer from Jeni’s Splendid Ice Creams and Fran Frazier from Rise Sister Rise. There will also be special performances by the iconic Nina West and musician Gabrielle Solange.

Activist and Agitators will kick off at 5 p.m. on October 17th with networking, cocktails, hors d’oevres, and the marketplace. The program will begin at 6:30, followed by the after-party at 7:30. Tickets are $50 and can be purchased here.