The Walk O’ Wonders Included Some Seriously Impressive Replicas, Including The Grand Canyon 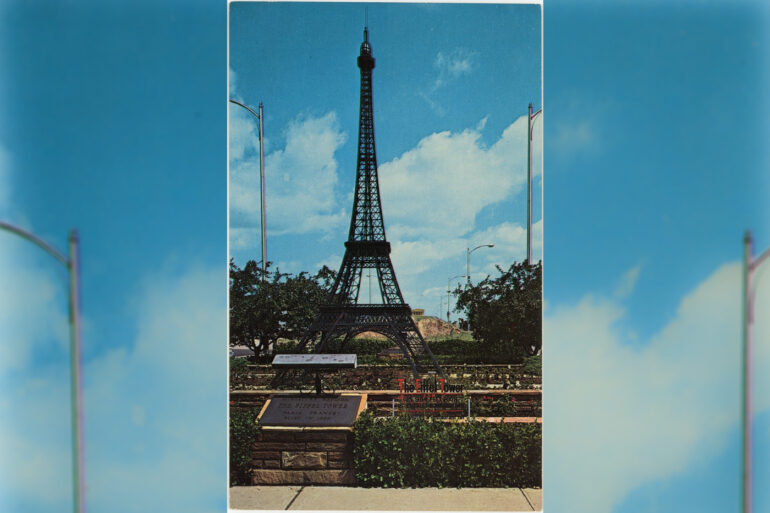 Back in the 1950s, you could travel around the world just by taking a trip to the west side.

The Walk O’ Wonders was an exhibit dedicated to showing off the Seven Wonders of the World at the Great Western Shopping Center. The display featured a 20-foot Leaning Tower of Pisa, a 22-foot Eiffel Tower, the Taj Mahal and even a replica of Niagara Falls.

The exhibit started as a popular destination for families and a way to bring new shoppers to the mall, but over time, it was prone to vandalism. According to a report from The Columbus Dispatch, kids regularly poured soap powder into the water of the Niagara Falls area, which created quite the mess considering the replica pumped a whopping one million gallons of water per day.

By the 1970s, parts of the attraction were in disrepair and the majority of the Walk O’ Wonders was demolished. In 1979, the remaining piece of the exhibit, the miniature Eiffel Tower, was torn down so the parking lot could be resurfaced.

Walk O’ Wonders was conceived by local developer Don M. Casto, designed by Joseph Skilken, and constructed by Ivan Pusecker. The project was a massive undertaking. It cost just as much to build as the new shopping center it was part of and it was a main selling point for the developers to convince anchor stores like JCPenney to sign onto the location.

You can learn more about the Walk O’ Wonders by watching a fantastic piece by Columbus Neighborhoods here.