Introducing Our New(ish) Home: The Fort

Last winter, we were looking for a change.

I know, I know. We’ve haven’t been around that long, but we were on the hunt for a new view. The odds were definitely in our favor because we found the coolest spot to be: an old firetruck painting factory on our city’s south end. 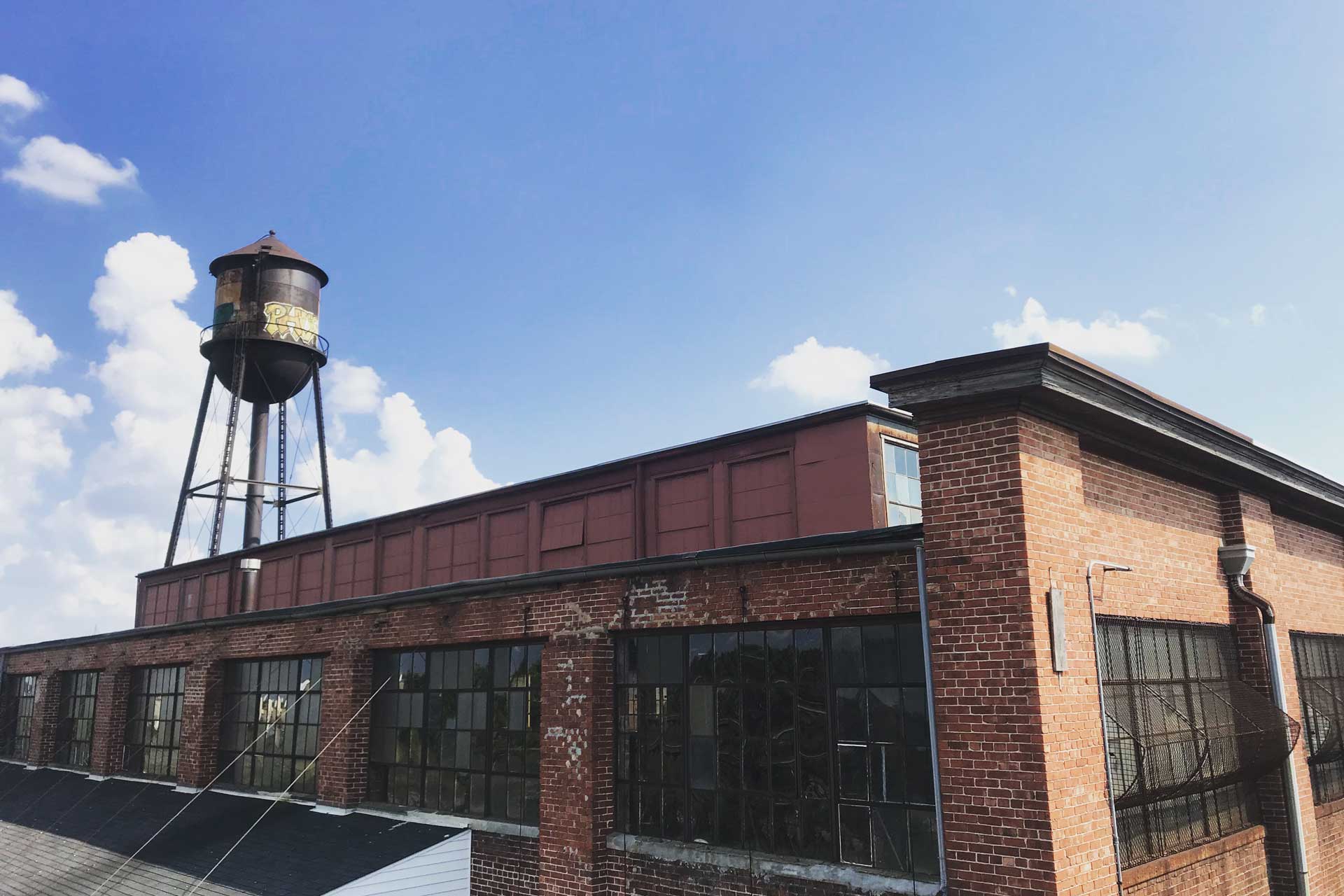 We found our new home with a little help from one of Columbus’ friendliest realtors, John Mally. We trusted him enough to take a freezing cold tour of an awesome office space, that, even in it’s less than ideal condition, was giving us major Mad Men vibes.

After the first tour with John, we had the pleasure of meeting Justin McAllister, fourth-generation owner and President of Fortner Fine Living & Upholstering and the nicest person in the entire world. Justin expressed a desire to breathe life back into a beautiful building and his excitement for bringing in creative tenants got us excited.

“We always believed Columbus Navigator would thrive in a maker space filled with creative energy and businesses we find inspiring. Given that wish list, the Fort was a perfect fit,” said James Arney, our founder.

I’m a Merion Village resident and I spent much of my childhood in the South End, so I was ecstatic that we would be making 2000 S. High Street our new home. The Fort is a beautiful, raw, industrial, inventive space that is being transformed into something magical. After a few months of renovations, we moved in in May.

Other tenants of The Fort include Menges Design, Upright Press, Hashtag Comedy, Nick Fancher, Aiden & Grace, Ghost River Furniture, Leisure Club Co., and many, many more to be announced. It’s a place where people who love to make things gather, which is exactly the kind of place we want to be.

The best thing about working at The Fort is simple: we get to make connections, learn about what people are doing in the city, and be surrounded by stories that are waiting to tell themselves.

If you’re interested in learning more about The Fort, visit their Facebook here. For information on leasing space, reach out to John Mally here.

To see photos of just a small portion of the amazing, work-in-progress that is The Fort, keep scrolling.