One of my favorite things about Columbus is that it’s always changing.

There’s always something new and exciting to check out, and my experience today was totally awesome. I got to take a ride in the new Smart Columbus driverless shuttle and it was honestly a highlight for me.

Just in case you’ve been living under a rock, I’ll give you a rundown. The shuttle opened up to the public earlier this month. There are six of them in total (all with adorable names that begin with “M”) and they travel to four different stops along the Scioto Mile. 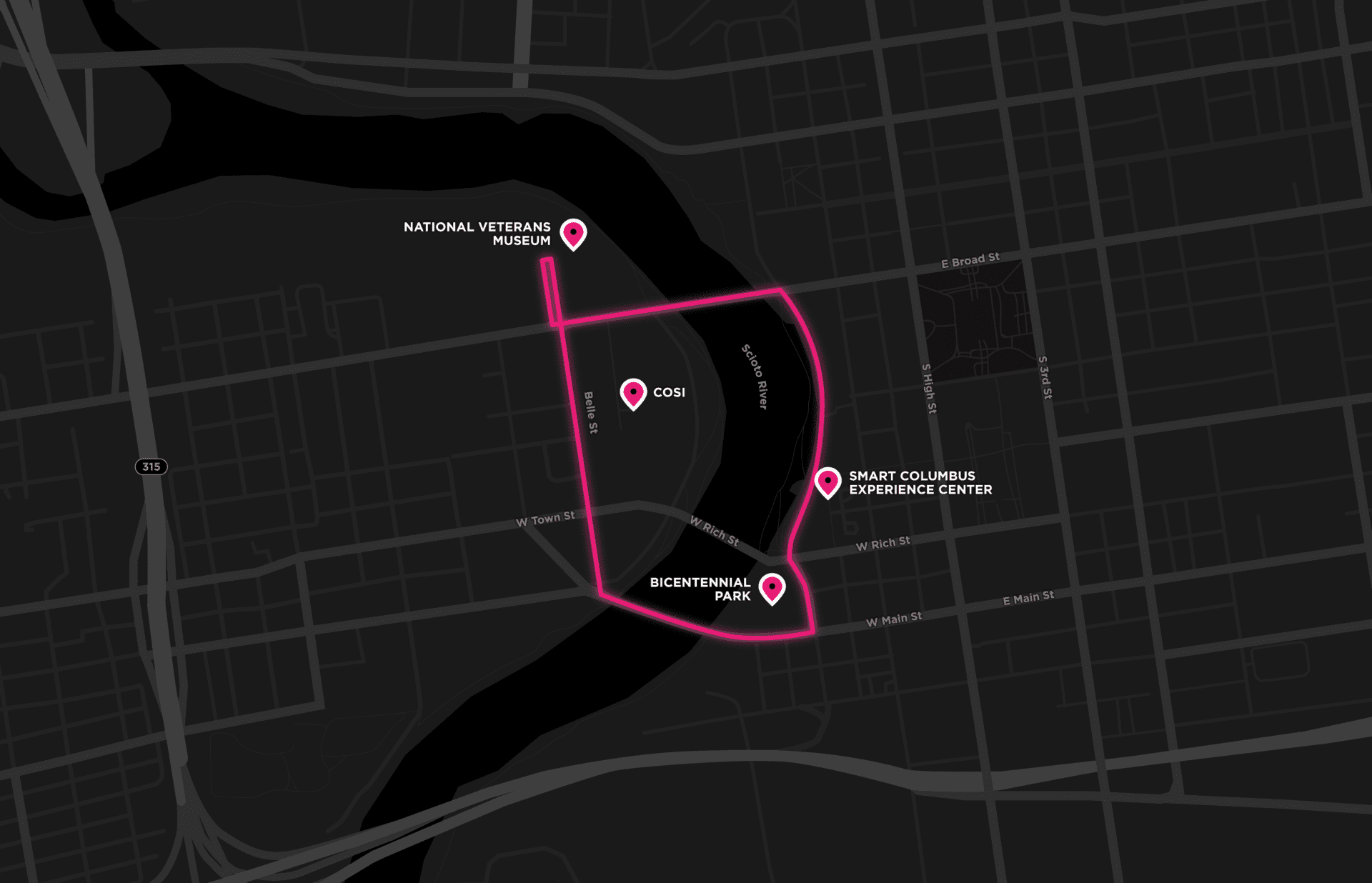 Although the shuttles are autonomous, there are attendants on board who can manually take control of the ride if or when it’s necessary.

“The smart circuit is Ohio’s first self-driving vehicle. There are four stops around the route and it’s designed to be a teaching and learning tool for the community,” said Jordan Davis, Director, Smart Columbus for the Columbus Partnership.

Like Davis explained, people have a lot of opinions about self-driving vehicles, but few have ever had the opportunity to take a ride in one.

“Our hope is that people get in the vehicle, ride in it, and have an informed point of view about what the technology is capable of today, and what it can do for the community long-term,” she explained.

Although the program was designed to connect destinations along the riverfront like COSI and National Veterans Memorial and Museum, the route is offering benefits for downtown workers as well. Some workers are using the shuttles to their benefit, opting for cheaper monthly parking across the river and riding the shuttle into downtown each morning.

This route will be in existence for a year, but Davis says could be extended if a sponsor is interested. But the main goal is using this teaching and learning experience to promote upcoming programs, including a program that will extend an existing transit experience next year.

The shuttle itself is pretty awesome. The seating is “campfire” style, which means there are four seats that face one another. The views are basically unobstructed, which means it’s a great way to see the city while you’re riding.

The shuttles run 7 days a week from 6 a.m. to 10 p.m. and they arrive at the stops roughly every ten minutes.

To check out our adventure in the shuttle, watch the video below.

Have you taken a ride in the @smartcbus driverless shuttle yet?