Why Are People In Columbus Sitting In Rooms Full Of Salt?

For millennia, halotherapy has been used by people to treat a slew of different conditions, including anxiety.

“Just sit back and relax. Breathe. Let your mind drift.”

A soothing voice says this over a recording.

I lay back, reclined on a zero gravity chair. Strings of lights blink softly above me. The rest of the room is dimmed, large pink salt rocks line the walls reflecting a muted pink glow.

I kept staring at the cave ceiling, at the small starry lights that dotted it. I blinked once. Twice. Then I was gone.

It’s called halotherapy, a form of alternative medicine derived from Poland that uses the inhalation of salt-infused air. 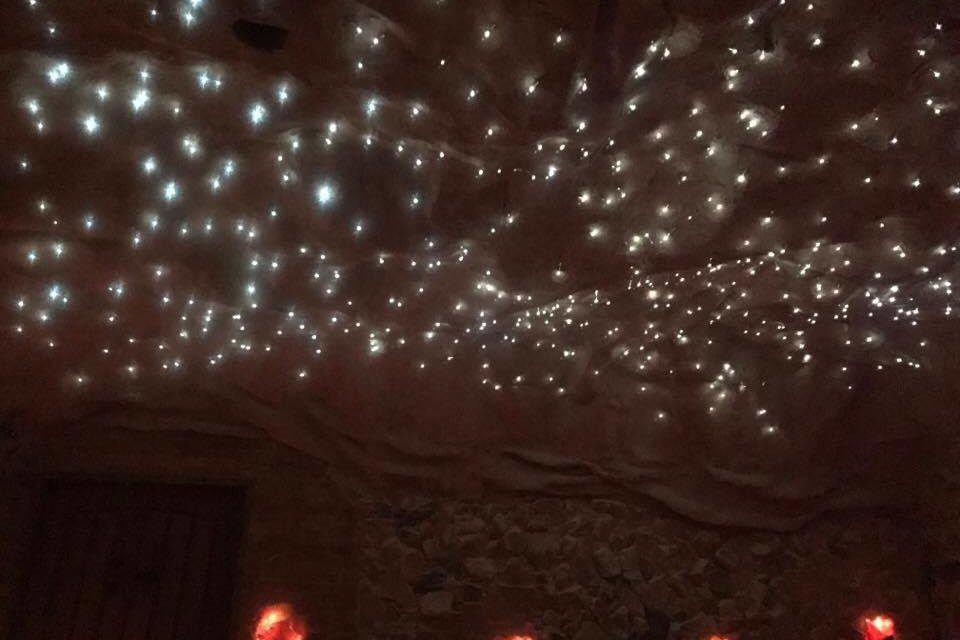 Halotherapy is used in the treatment of various ailments and disorders.

Anxiety, allergies, general lung function, and even the improvement of skin conditions like eczema and dermatitis has been shown to improve through its use.

Many people dispute the results, while many others defend it as a legitimate treatment, pointing to studies linking breathing function to the vicinity of salt in the air.

Tranquility Salt Cave off of Lazelle Road is a local Columbus spa that offers these homeopathic sessions.

I had read on their website about how the salt caves help with the treatment of anxiety, and since I’m usually a bundle of barely functioning nerves, I decided to try it for myself.

I walked into the shop skeptically. Immediately, I was greeted by Leslie Dahn from behind the counter. A kind, and friendly lady, she was also the spa’s proprietor. She wore a pleasant smile as she explained how the salt caves functioned.

The cave itself was man-made.

Himalayan boulders were built into the walls, granulated salt covered a heated floor, and pharmaceutical salt was ground and infused into the air. The cave’s door was this large, wooden, ominous thing.

Leslie pulled it open and I followed her in. I traipsed cautiously over the salted floor, my toes digging into the granules like sand at the beach.

She sat me in one of the chairs and tucked me in with a microfiber blanket.

“Now,” she began to assure me, “you’ll soon hear a voice that will guide you through the experience.”

She began to shut the door behind her, saying “If you need to come out for any reason you can just push the door open.” The room darkened in her absence and my pulse started to spike, anxiety already setting in.

My eyes began to adjust to the blinking string lights above. Just then the voice recording began to play.

I came awake 45 minutes later with a start. 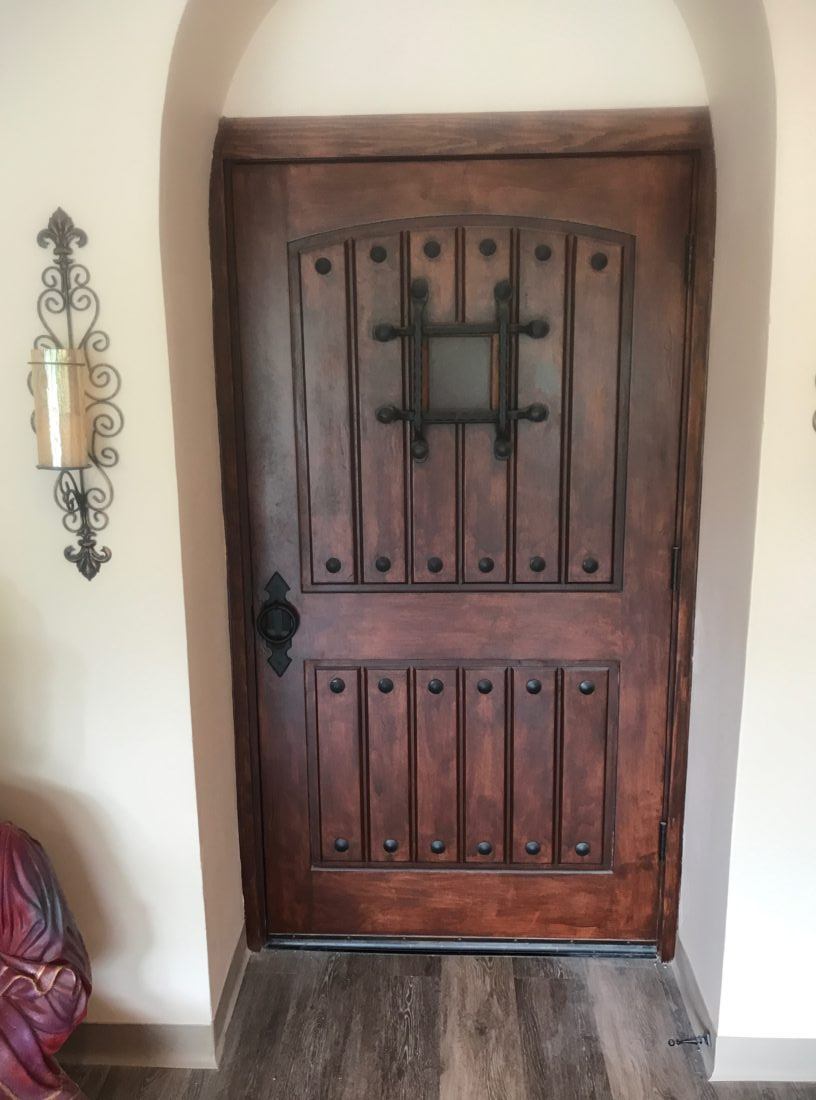 The massive wooden door creaked open to let the day’s light peak into the cave. It wasn’t that I was asleep, I was aware of the time that had elapsed as I laid tranquil and awake. It felt like I was hovering somewhere in the middle, in that hypnogogic state just before dozing off.

Standing up I felt rested, at peace.

Relaxed but confused by the whole ordeal, I shook Leslie and her husband’s hands as I left.

I briefly remember being handed a card and a pamphlet before walking back into the world, shielding my eyes to the day’s light.

I’m not sure about the merits of halotherapy or the veracity of its results but I do know this: for the first time since I can remember, my stomach wasn’t clenched into a dozen knots and I felt at ease. 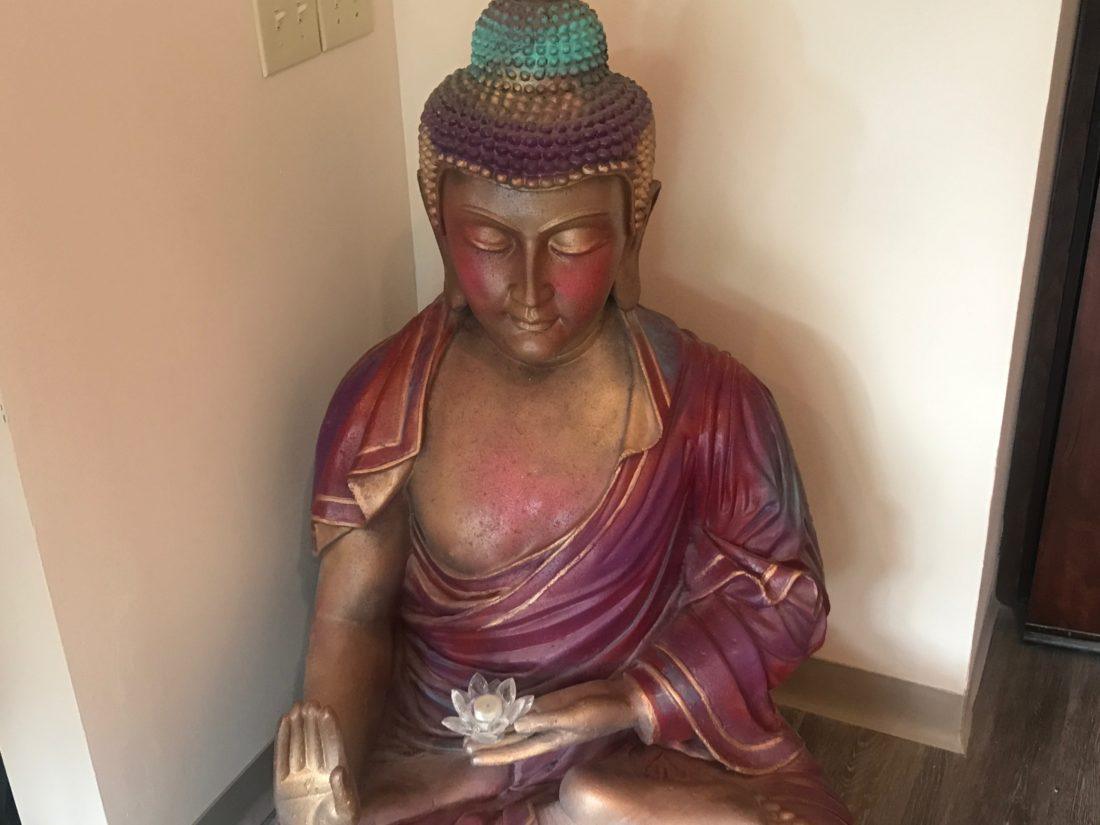