Here’s What Metro Parks Has Planned For 2021, Including Quarry Trails, A New Treehouse, And More 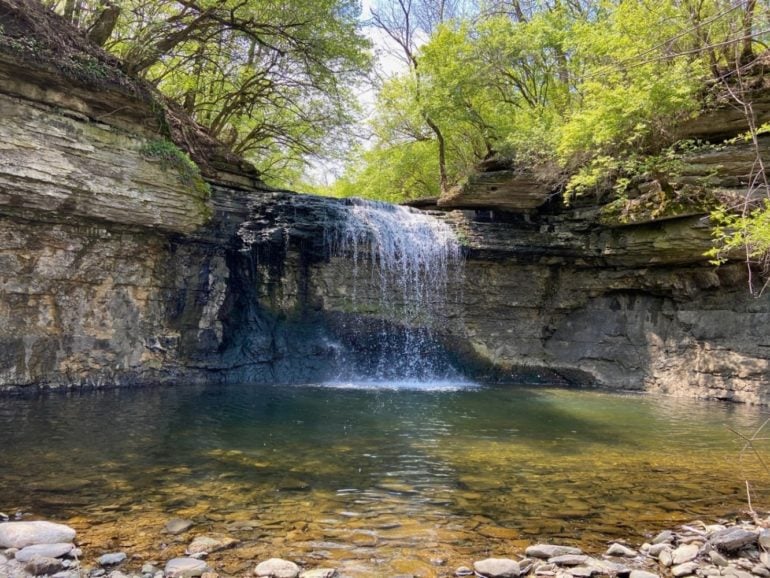 Visitors can stand on a deck overlooking this 20-foot waterfall or climb down a flight of limestone steps and wade in the water when Quarry Trails opens later this year. Photo by Steve Studenmund, via Metro Parks

There are big things in store for the Metro Parks this year.

Metro Parks has allocated $14 million to create new amenities and enhance existing recreational opportunities as part of this year’s Capital Improvements Project (CIP). Some projects are undoubtedly more glamorous than others, and we’re going to take a closer look at some of the key CIP projects that are on the horizon in 2021.

First up is the highly anticipated Quarry Trails Metro Park. A portion of the 180-acre park is expected to open later this year. The park is about five miles from downtown, but it will feel like a world away. With a dramatic waterfall, towering 100-foot cliffs, lakes, streams, and plenty of activities, Quarry Trails is quickly going to become a fan favorite in the Metro Park system.

The park will offer hiking, biking, swimming, and more. There will be kayak channels that connect the different quarry lakes and even a single-track mountain bike course. The park is a public-private partnership and will feature scenic parkland surrounded by mixed-use development.

Next up, we’re heading over to Blacklick Woods Metro Park. Metro Parks has teamed up with Van Auken Akins Architects to create an incredible new nature center, called the Treehouse, that will become a focal point of the park. Visitors can take a canopy walk up in the trees to get a different vantage point of Blacklick Woods.

In addition to the Treehouse, younger visitors can spend some time playing in The Fort, a kid friendly area that has an interactive two-story educational play display as well as an area to encounter animals and plants of Blacklick Woods.

Additional projects of note include a new natural play area at Pickerington Ponds (there’s a rope ferry across the pond!) and some improvements and updates to Homestead Metro Park.

The final project I’m excited to highlight is the work at Metro Parks newly acquired land in southern Franklin County. The properly belonged to the YMCA and served as a summer campground for generations of Columbus residents, as well as a venue for various festivals. I spent a lot of time at this park, formerly known as Hoover YMCA, and I can tell you, it’s the perfect place to let your imagination run wild as a kid.

The site has direct access to Big Walnut Creek, as well as some wooded areas and a smaller creek. There are already several existing structures on the property, including the old Optimist Lodge. Metro Parks plans to improve circulation flow at the site, repair some of the existing structures, and add some new amenities.