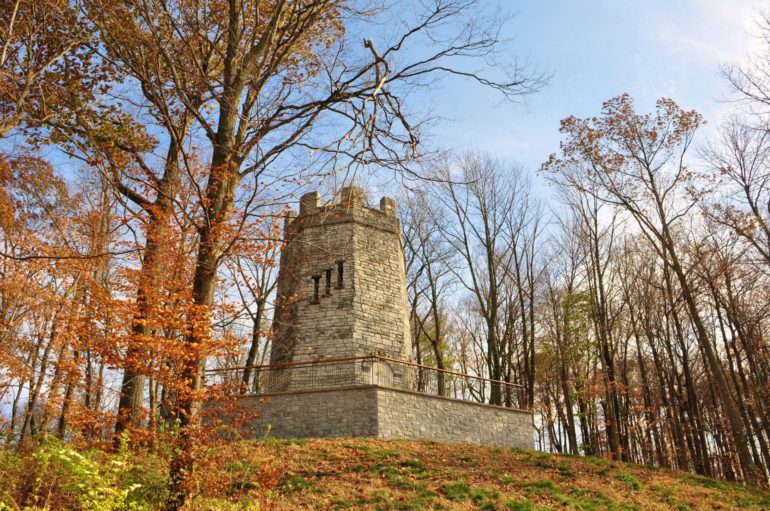 From witchcraft to Civil War ghosts, this formidable stone tower at the center of an Ohio metro park has filled the imagination of local youth for decades.

The history of Frankenstein’s Castle isn’t quite so mysterious, or salacious, as all that. If anything, the tower started out as a happy endeavor by local boys, followed by a tragic turn decades after opening. From there, urban legends about the tower were born.

Known by some as Patterson’s Castle or the Witch’s Tower, the turret-shaped lookout tower on the grounds of Hills and Dales Metro Park has been a source of mystery throughout the decades.

In 1940, the tower at Hills & Dales Metro Park in Kettering was built by The National Youth Administration. The tower was made from stone, salvaged and collected from condemned buildings around Dayton. When it was finished, the tower was 56 feet high and had walls 3 feet thick in places.

But it’s relatively recent construction didn’t stop new generations from making up their own “spooky” stories about the tower.

One legend says that it was a Civil War-era building and that a woman distraught by the news of the death of her husband, flung herself from the eaves of the tower. Others said it was a haven for local witchcraft. Some visitors have even reported seeing ghosts wandering around the tower. 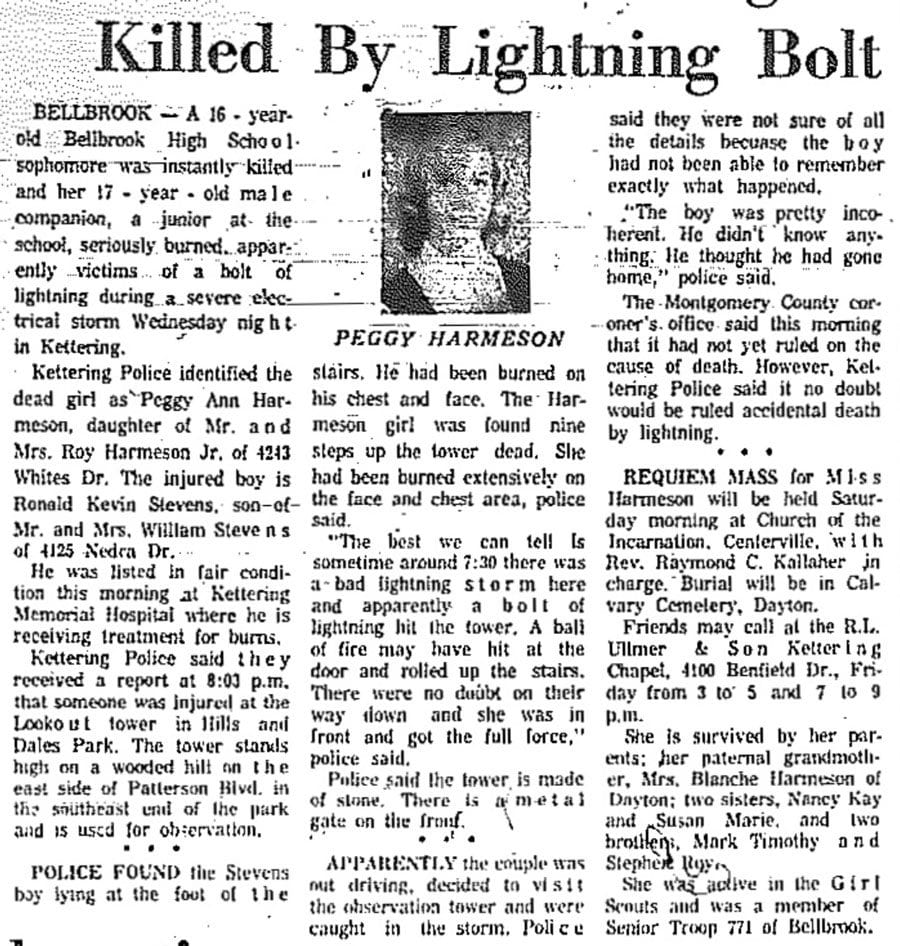 In truth, most of the infamy of Frankenstein’s Castle comes from the tragic death of a 16-year-old girl. In 1967, Peggy Harmeson and her boyfriend took shelter in the tower during a storm. When lightning struck, her boyfriend survived, but Peggy didn’t.

The interior to the tower was closed shortly after her death, but the structure still stands. Hills & Dales Metro Park park is located in Kettering, OH and has more to offer than potentially haunted towers. Visitors will find picnic houses, art installations, unspoiled woods, wetland boardwalks, and much more.