Jeff Ruby’s Steakhouse Is Audacious, Excessive, And Outrageous … And You’re Going To Love It

A one of a kind fine dining experience has come to Columbus. Jeff Ruby’s Steakhouse is officially open.

This high-end steakhouse at 89 E Nationwide Blvd. is the latest from Cincinnati restauranter, Jeff Ruby.

Ruby first learned the ins and outs of the restaurant business as a teenager on the Jersey Shore. After graduating from Cornell University, Ruby began working for Winegardner and Hammons’ Holiday Inn in downtown Cincinnati.

After building up his name and reputation, Ruby opened his first steakhouse, The Precinct, in 1981 with the financial help and encouragement of two of the biggest names in Cincinnati at the time: Johnny Bench and Pete Rose.

The Jeff Ruby Experience from Jeff Ruby Culinary on Vimeo.

Throughout the years, Ruby opened several more restaurants, mostly in the Cincinnati area. There are currently four Jeff Ruby’s Steakhouse locations in the country. Nashville, Louisville, Cincinnati, and now, Columbus. 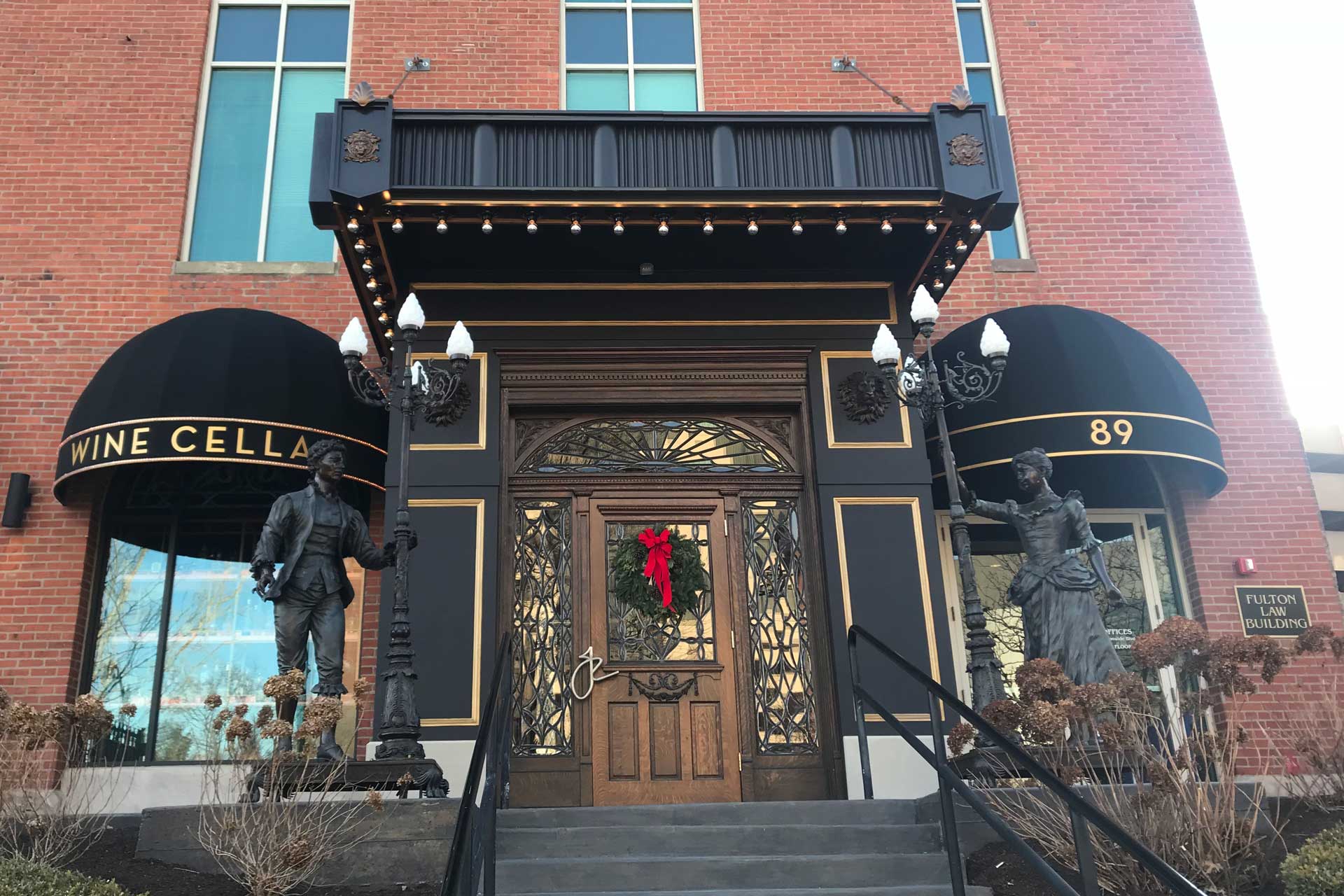 When you first walk into Jeff Ruby’s, you’re hit with the inescapable feeling that you’ve just traveled back in time. But not in a bad way. At any given moment, you feel like you could turn a corner and spot Frank Sinatra and the Rat Pack.

The ambiance inside is dark, despite ample chandeliers hanging from the ceiling. But it’s able to maintain a feeling of luxury, with dark hardwoods and deep, red velvet filling each nook and cranny. 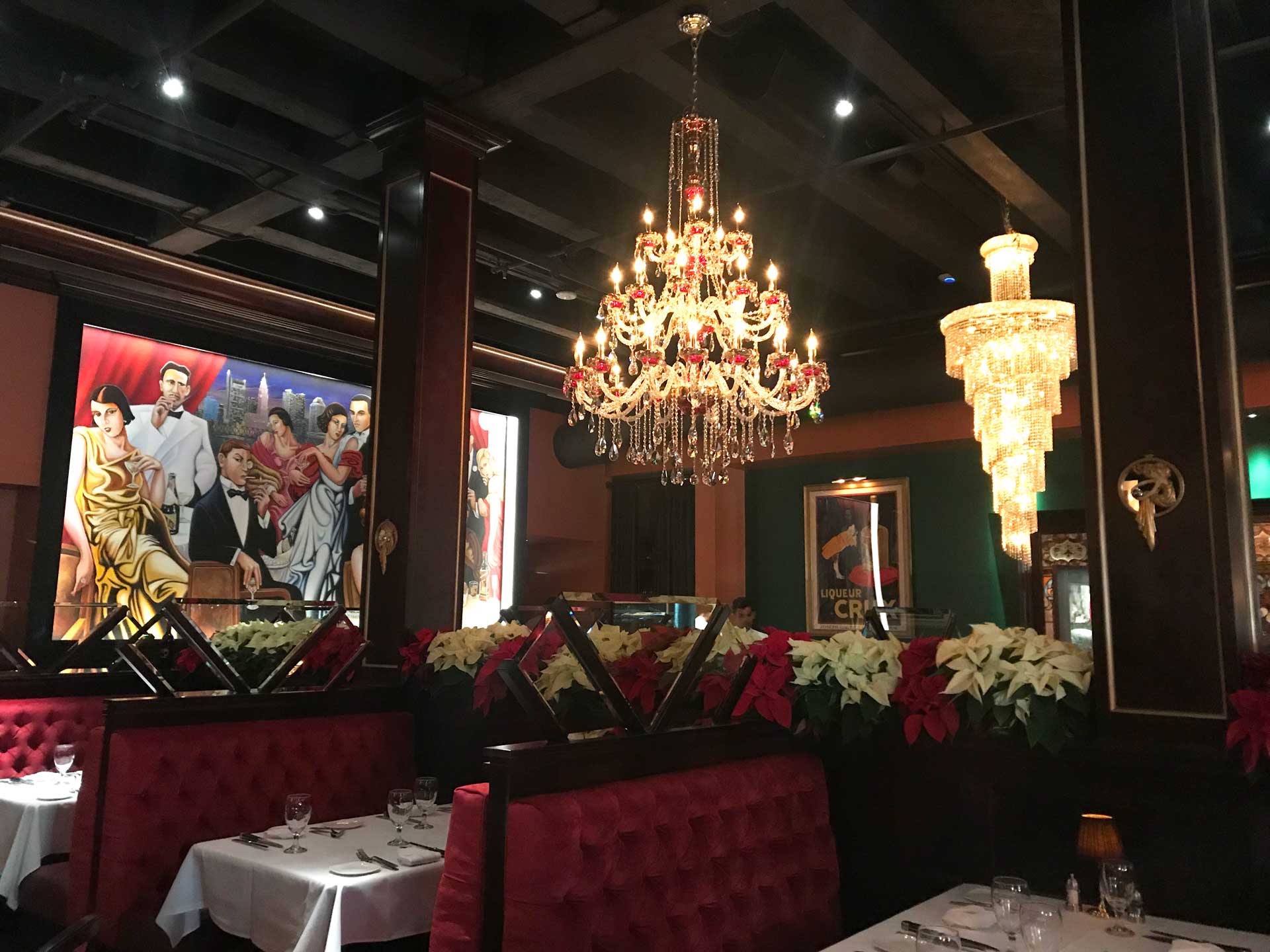 In my opinion, the best part of this restaurant is The Buckeye Room. In this private dining area, you’ll find amazing sports paraphernalia from The Ohio State University, including championship trophies, autographed footballs and helmets, and of course, the Sousaphone Chandelier. 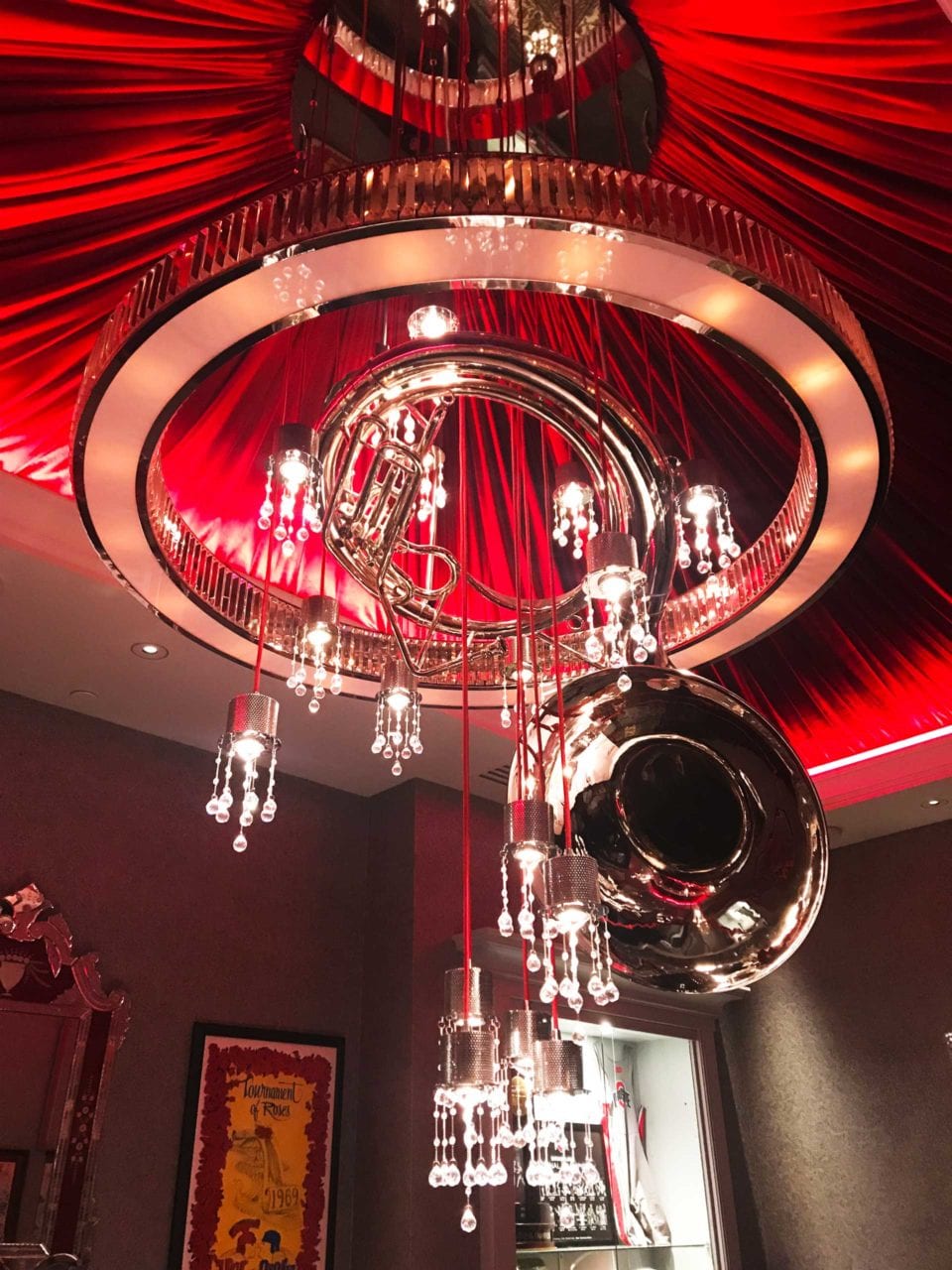 When walking through the restaurant, you can’t help but feel it’s pushing boundaries, that it’s a little too over the top. But that’s just Jeff Ruby. 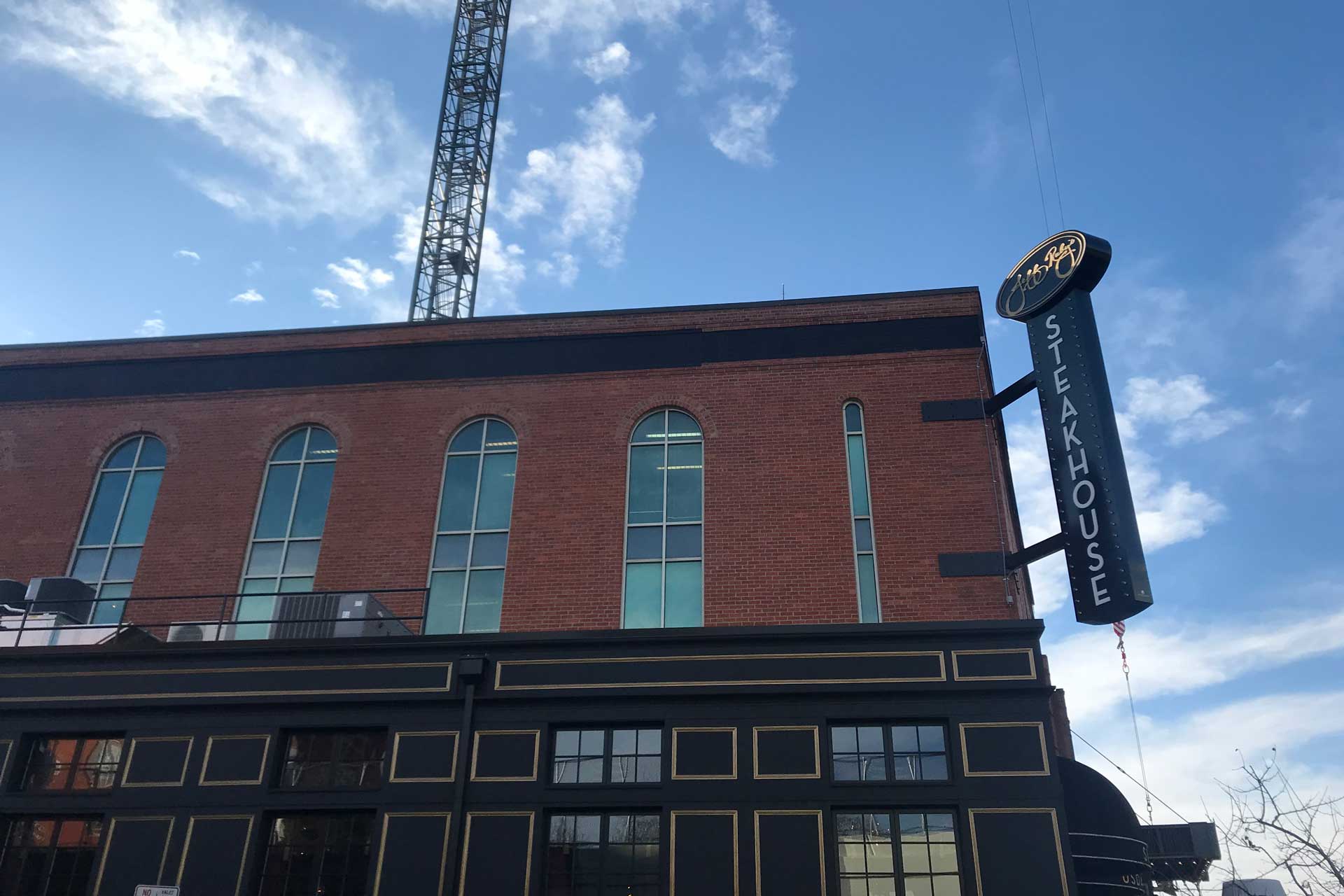 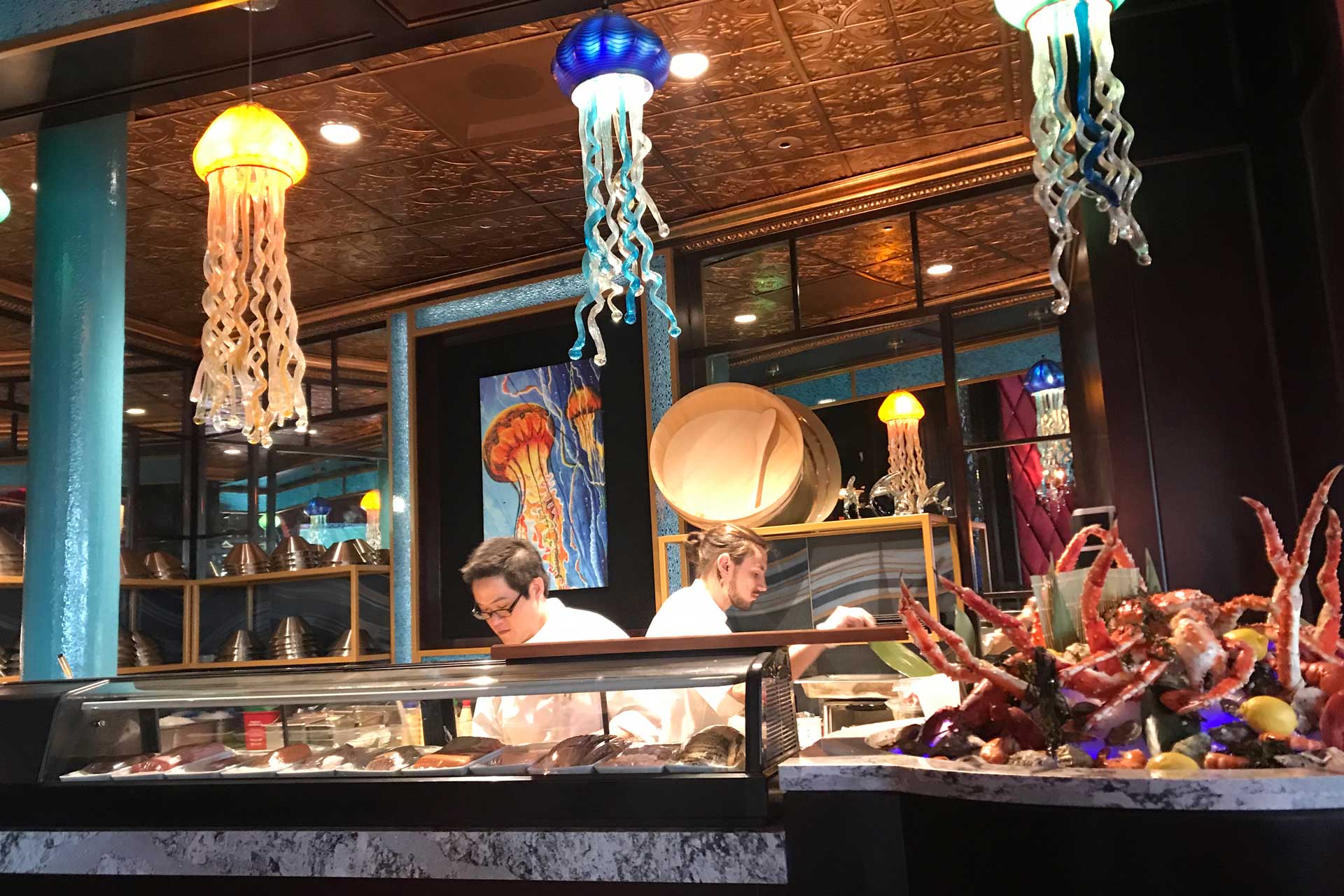 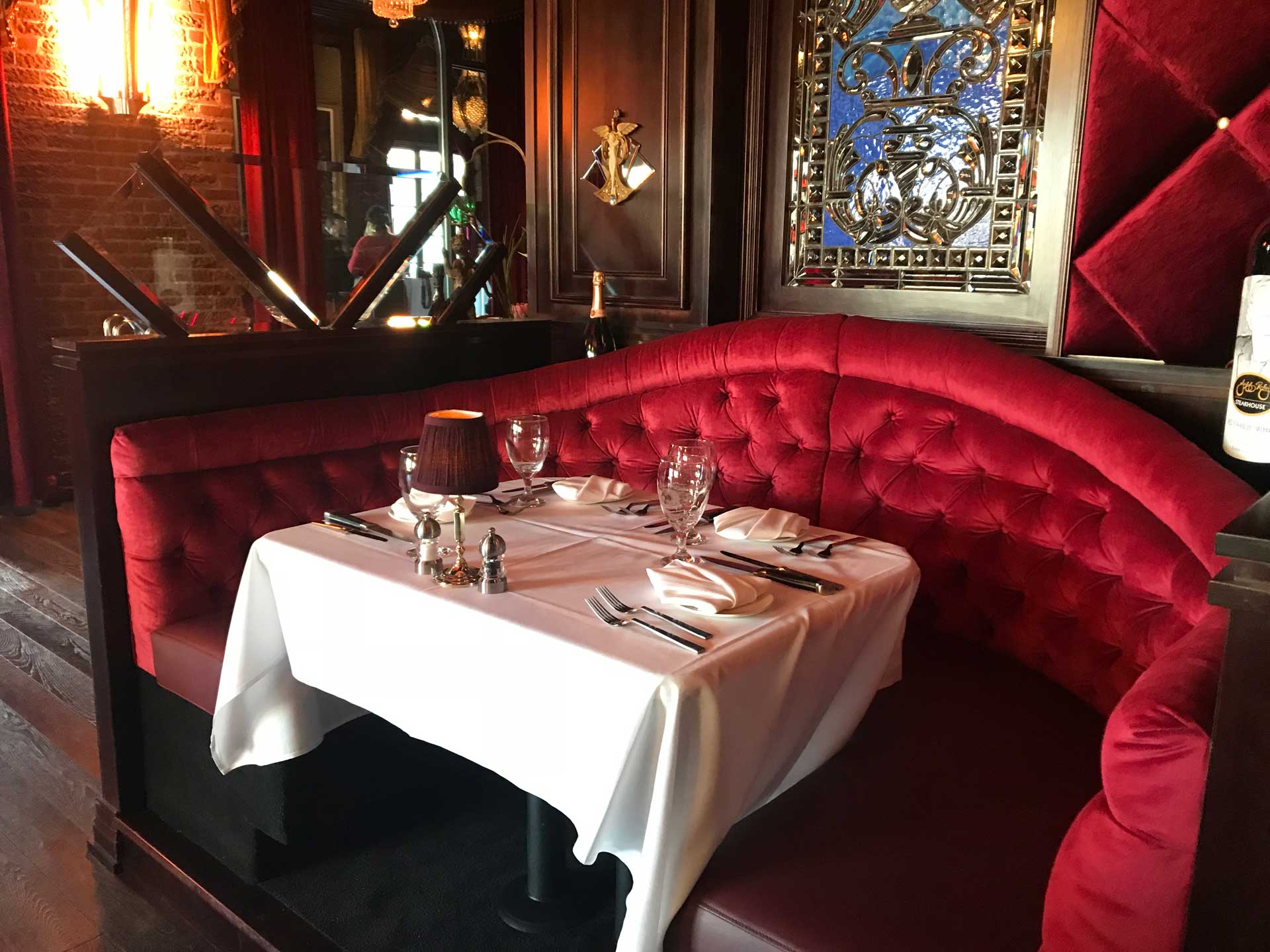 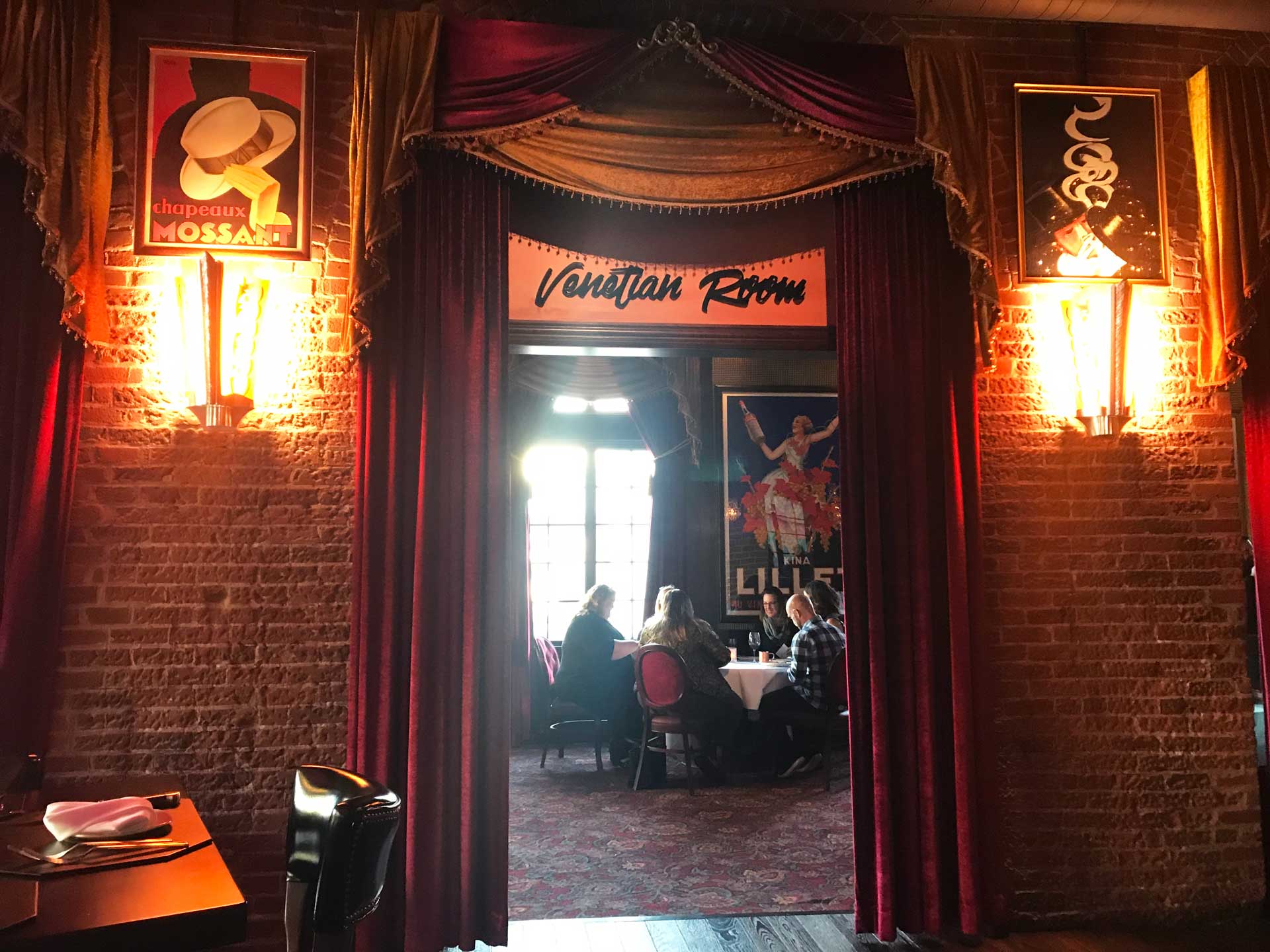 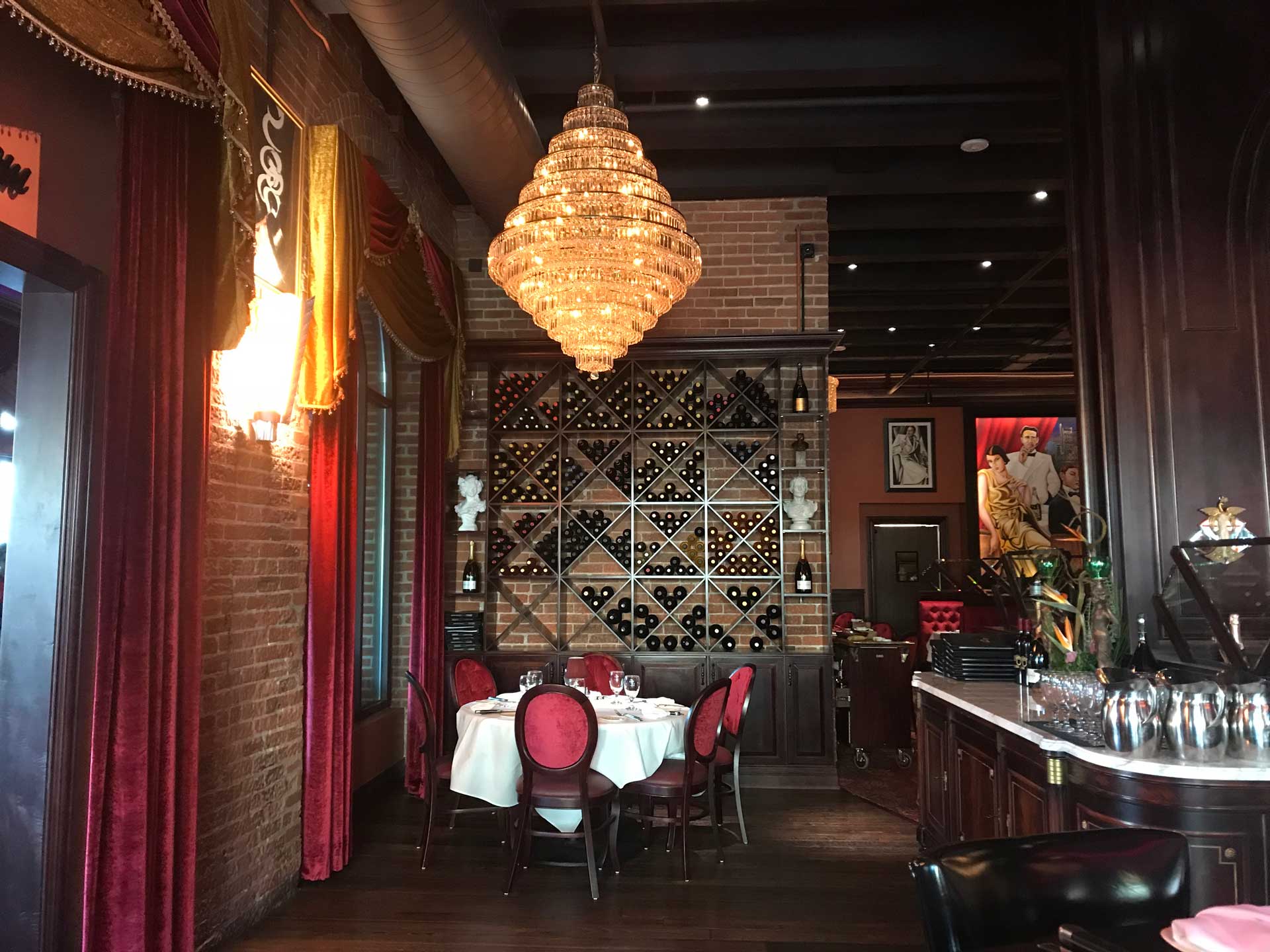 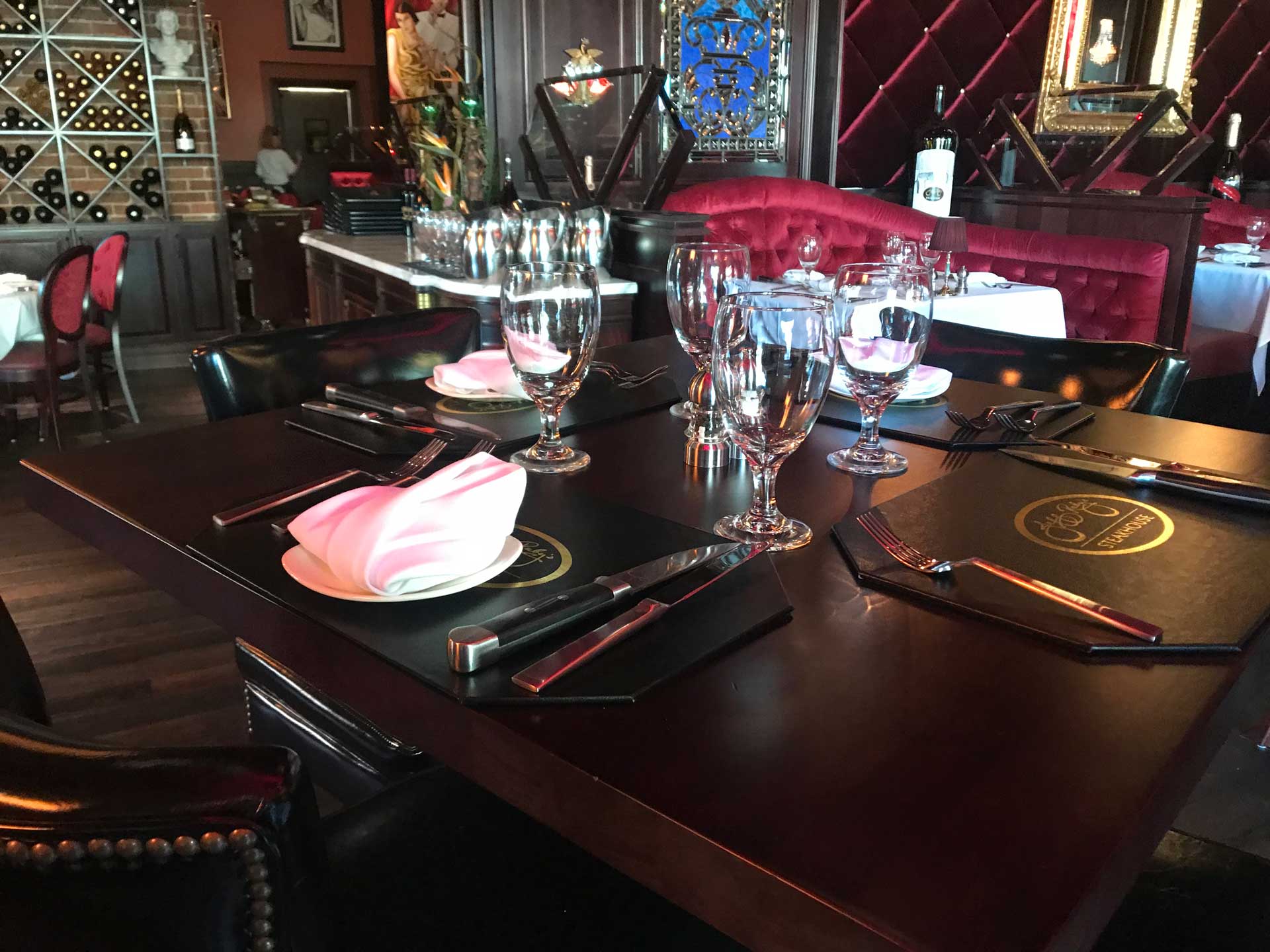 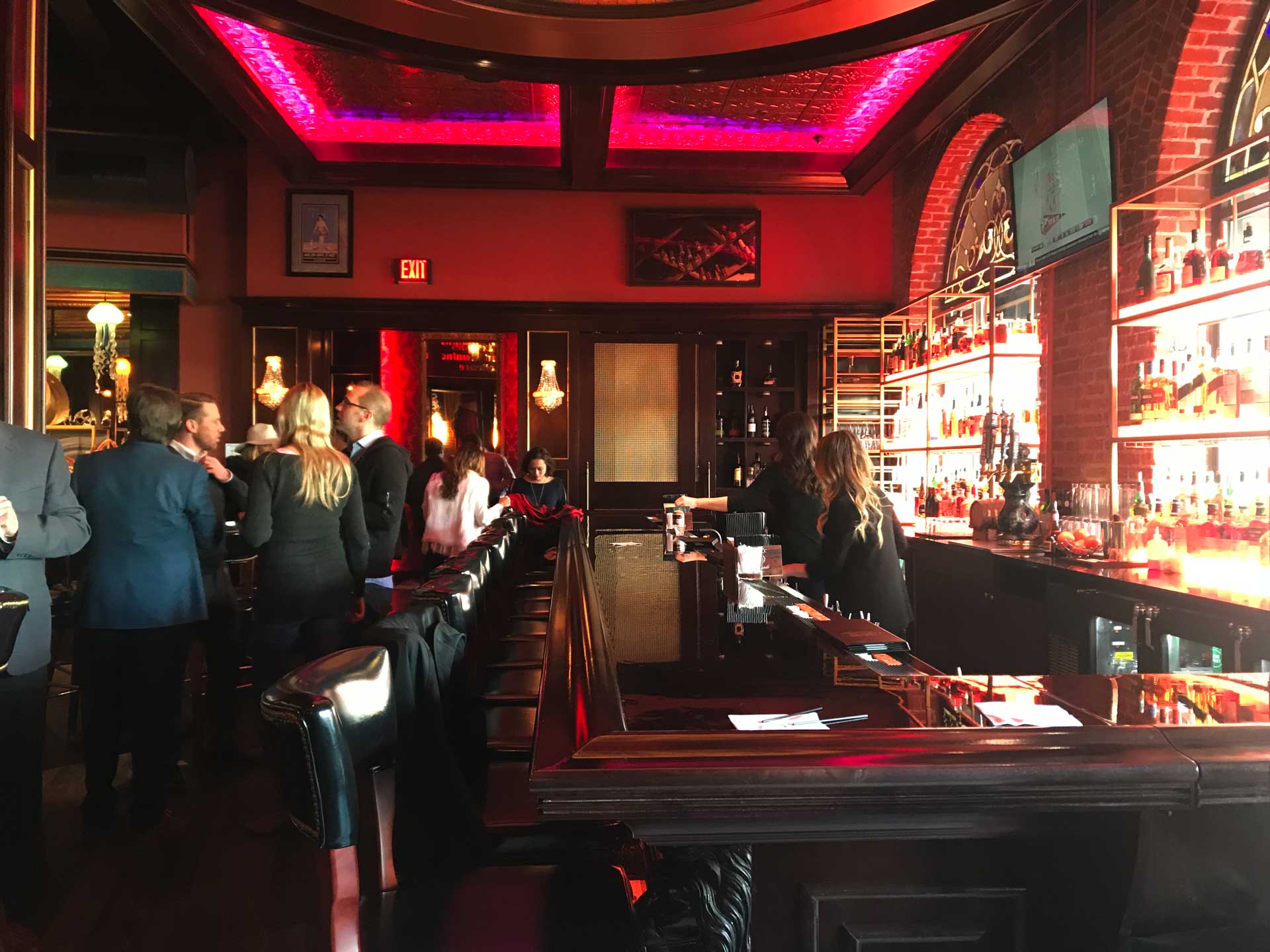 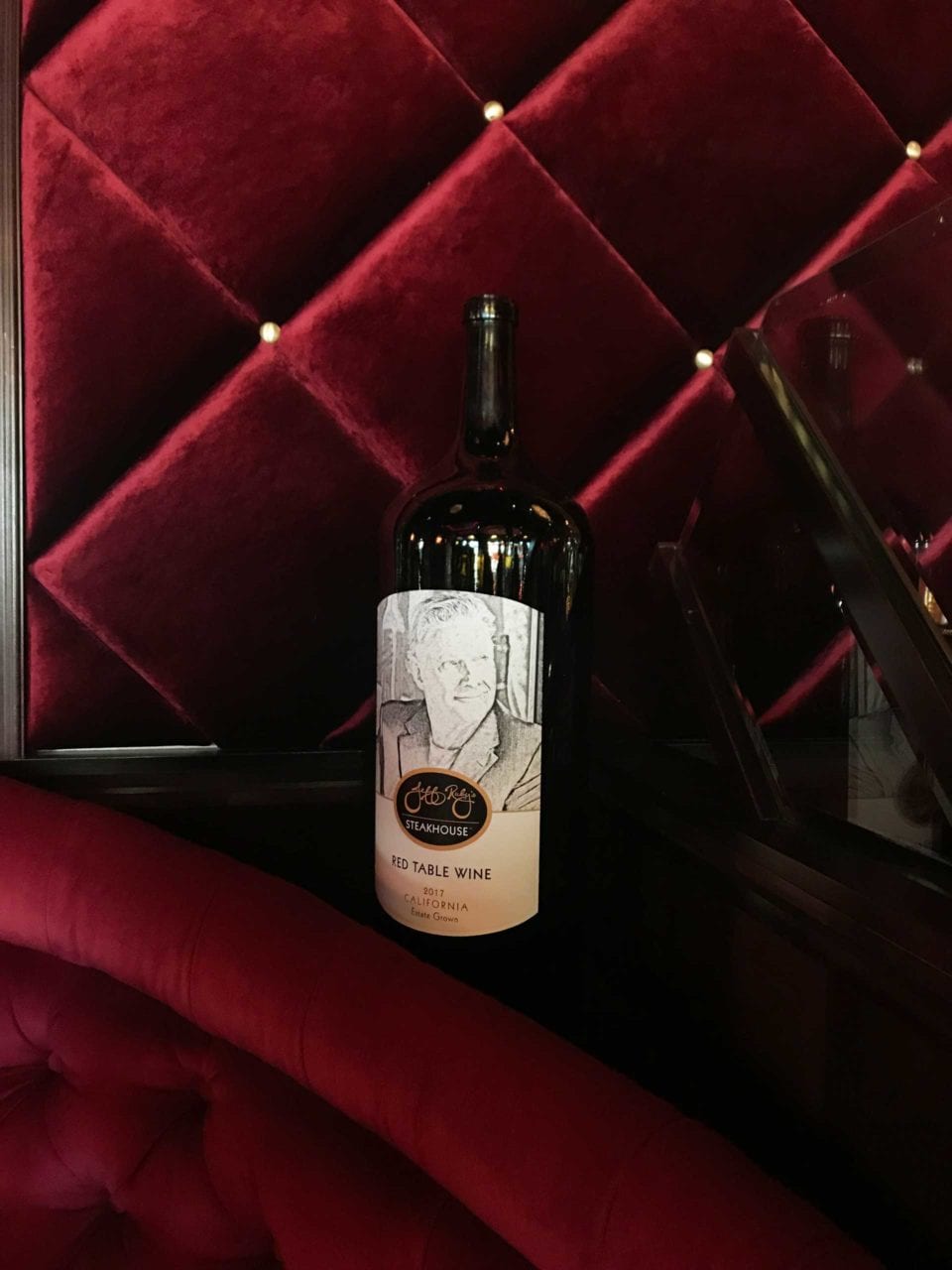 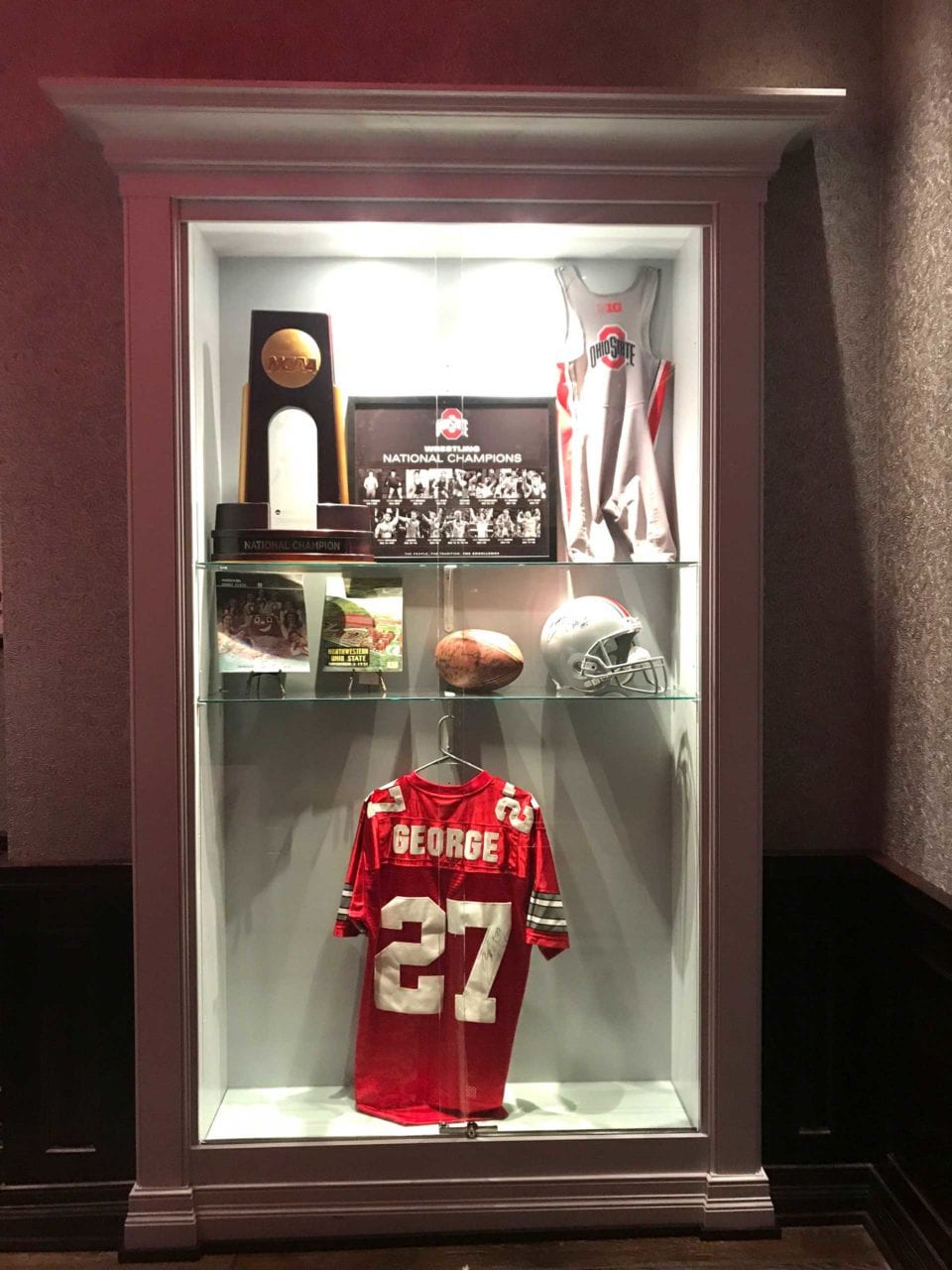 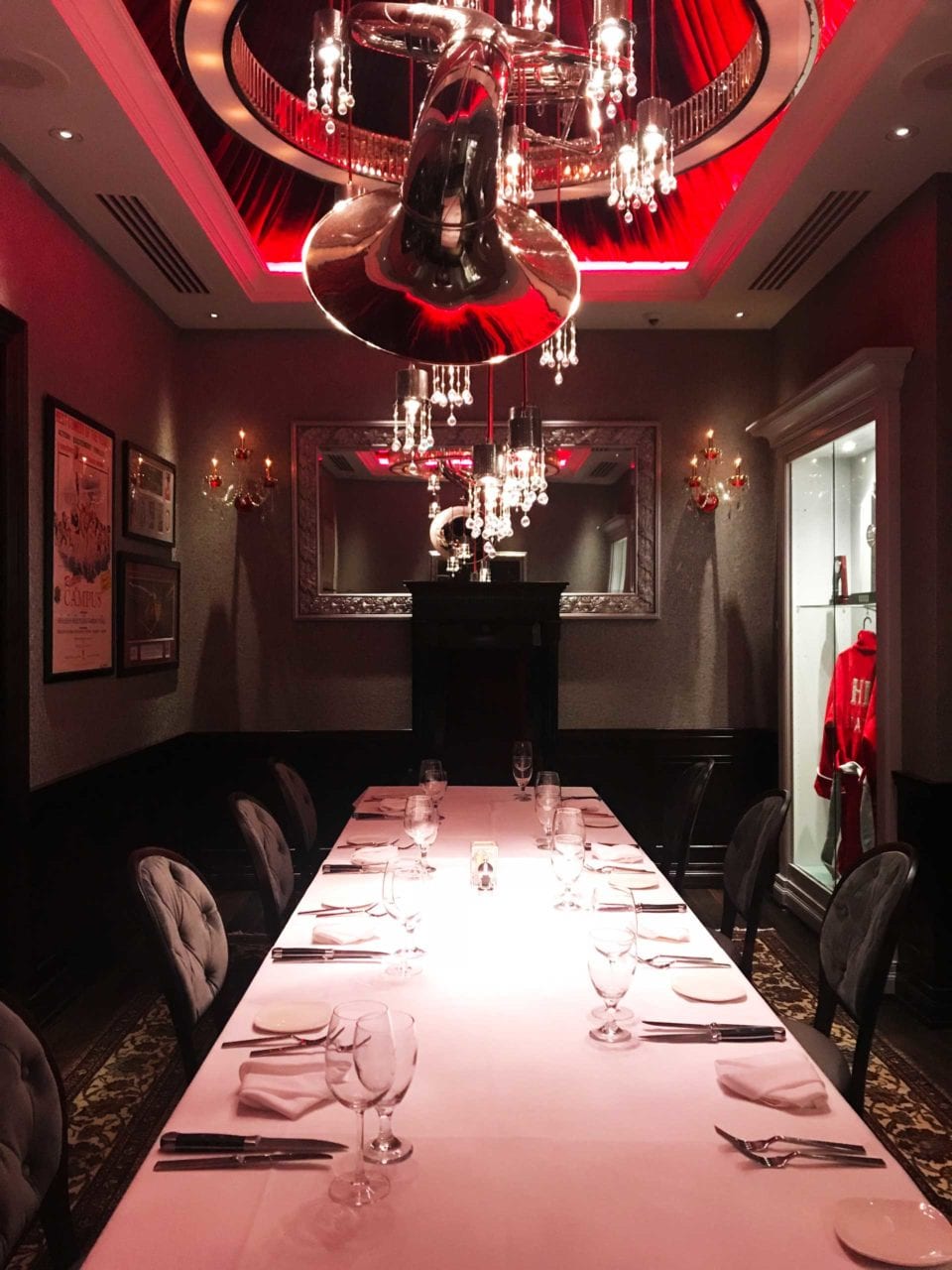 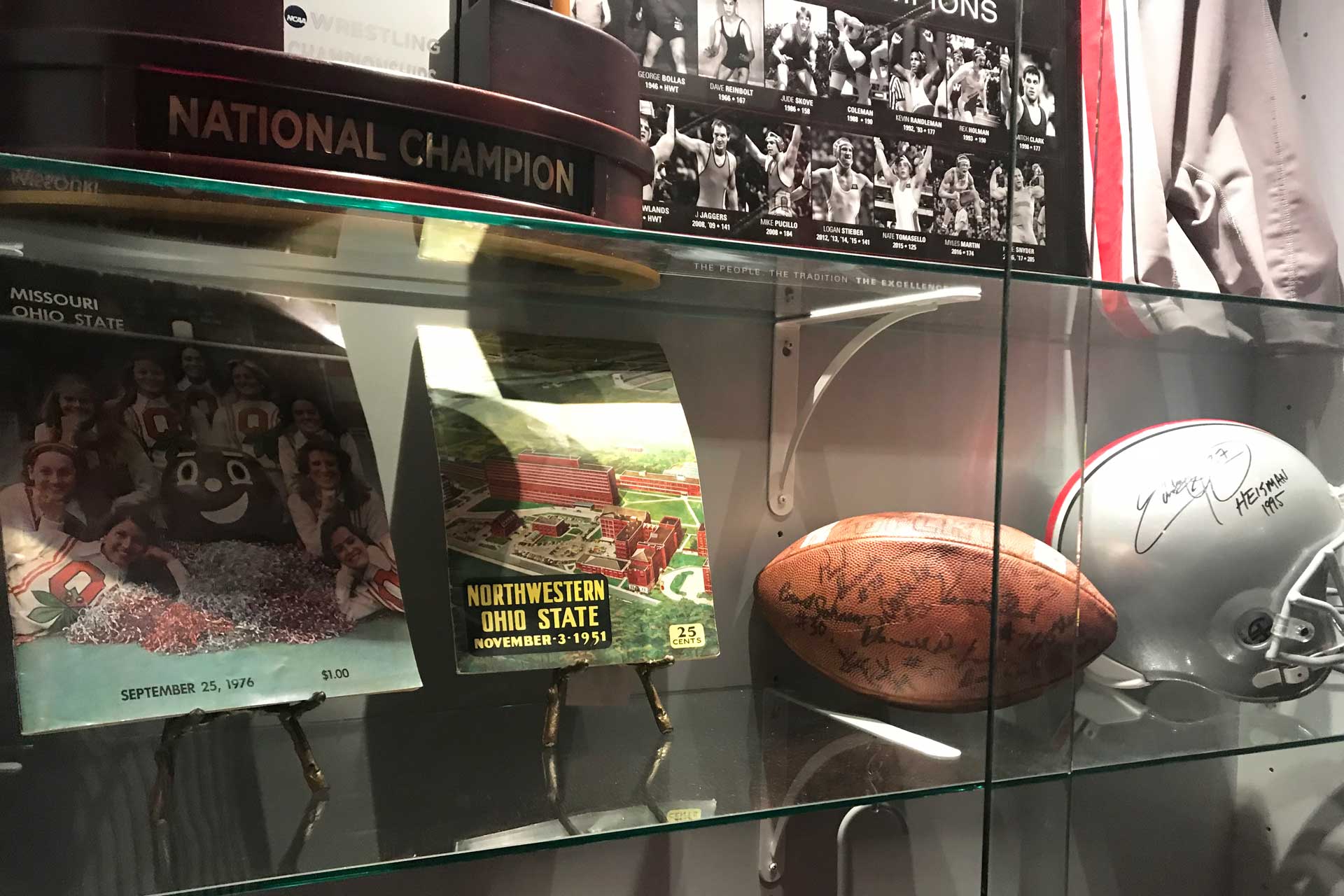 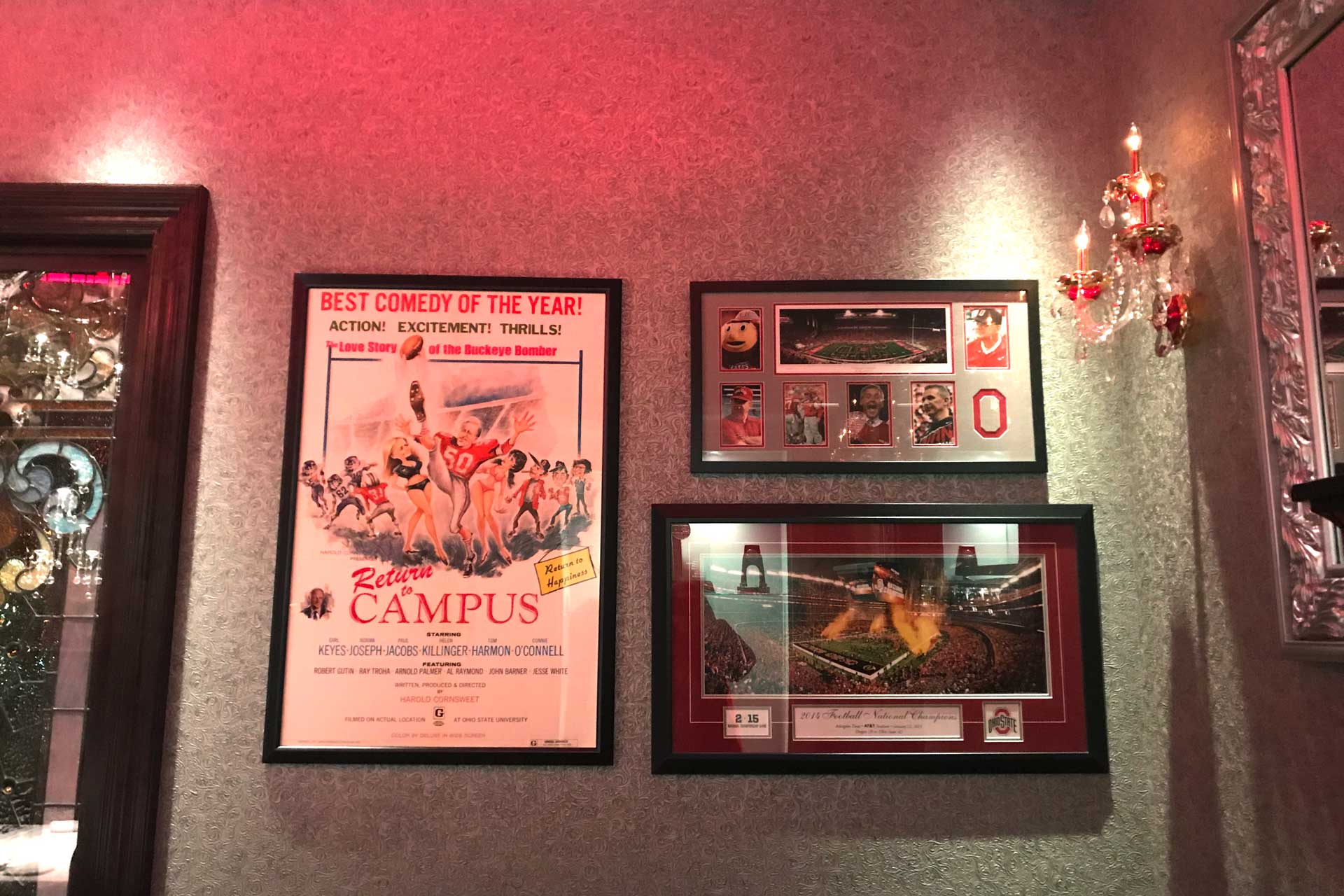 Hit The Road On The Ohio Holiday Lights Trail