COTA offers free wifi for all their passengers and some pretty primo people watching.

Did you know that COTA now offers free wifi to all of their passengers? Starting earlier this month wifi was installed in each of their buses, all customers have to do is hop on and connect. Sounds convenient right? But how does it work in practice? I wanted to check it out for myself and really test it out, so I hopped on a COTA and I wandered about town aimlessly for an afternoon while watching a bunch of Youtube videos on my phone and creepily observing other people. Here are the results of all my tireless “research”.

How To Donate To Food Pantries Around Columbus

The first thing I did to prepare for my pilgrimage was upload Transit Tracker Columbus on my smartphone. It’s an app that basically tracks your closest bus routes and gives you a timer for when the next bus will drop by. I was expecting to be super frustrated by how off it was but it was actually pretty accurate.

Equipped with my handy transit tracker and a $4.5o day pass (I was in this for the long haul) I hopped on the number two around Bexley, heading west toward downtown. Logging onto the wifi, I figured there’d be a bunch of hoops to jump through to actually switch it on. There weren’t, thankfully. I just clicked on to COTA Passenger Network, agreed to the terms and conditions, and I was good to go. Then boom, unlimited Youtubes for me. 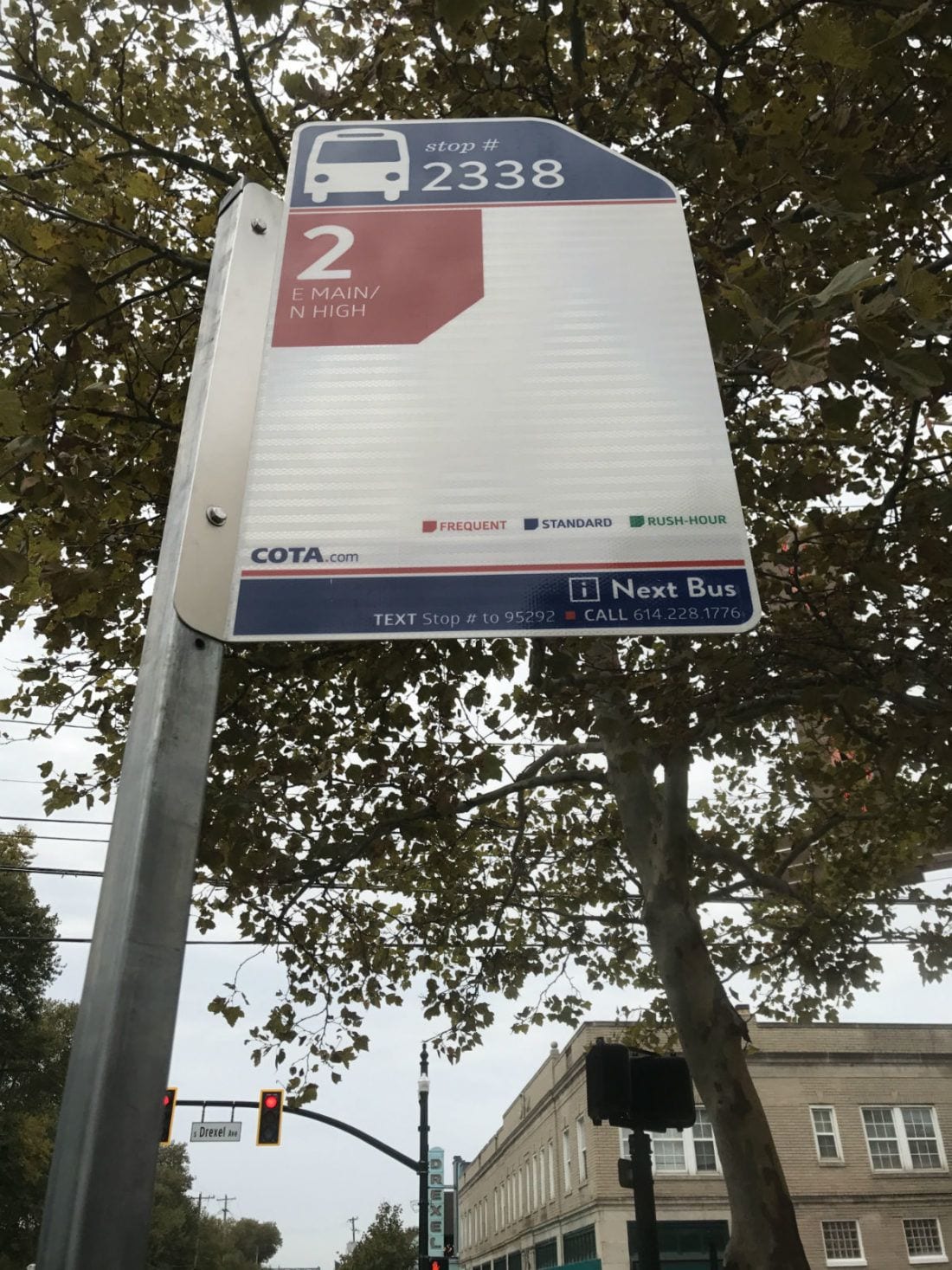 Admittedly, it had been a minute since I had actually ridden on a COTA bus. The last time was years prior and the highlight of which was a super drunk old guy, freestyling about the people on the bus and asking anyone who got on for a spare cigarette. This time around was pretty much how I remembered it. In between streaming random video blogs and episodes of Desus & Mero on my phone, I’d look up to gauge my surroundings. Mostly it was full of people heading into their second shift gigs, some napping, others gazing out of the window listlessly. All of them had a worn and weary look about them, like I could see the weight of the day sloughing off of their slumped shoulders and sagging frames.

For the most part, people kept to themselves. They stood or sat close to each other, practically shoulder to shoulder on benches and aisleways. But they were uncommunicative, silent and as far away from each other as vast gorges or distant stars. Every once in a while though, I was privy to these endearing and intimate moments. A grandchild clutching a grandmother’s wrinkled hand. A middle-aged man standing to offer his seat to a frail, elderly, old man moving in slow and feeble motions. A stranger offering to help lift a baby’s stroller up the aisleway. They were precious polaroids of empathy and human connection. Also, some teenager proudly and passionately gave everyone the middle finger as she was leaving the bus and I’m still not entirely sure why.

The wifi streamed pretty smoothly and I don’t get out enough.

I didn’t once have a problem streaming the entire time I rode around town. The Central Ohio Transit Authority made sure the wifi was unlimited and unthrottled. Every bus I got on was packed but I still had no problem watching cats try and fit inside of comically small boxes or music videos by Korean pop stars (yeah I get it, I’m objectively weird, I have never once denied that). The entire time I felt pretty content with my time on COTA. Just me, my videos, and the rest of Columbus bustling from stop to stop. I began to wonder why I don’t just randomly ride around on COTA more often, with no destination in mind, just to feel closer to my city and my fellow man. Then I realized exactly how sad that was.

Here I was, a grown, arguably adult man, aimlessly riding around on a city bus, grinning at strangers and passengers like some dumbstruck idiot who’s just excited to be outside of his house for once. A slow, sinking terror suddenly began to set it: you know those weird people on buses that you can just feel are staring at you so you look around just to check and, sure enough, they’re staring at you and smiling for no apparent reason? I had become that person. All I needed to make my transformation complete was to adopt at least five more cats and begin mumbling to myself about stuff that I had recently seen on the news. I was officially everyone’s crazy bus riding aunt.

Come for the free wifi, stay for the melancholy.

So yeah, COTA’s new wifi is great and all, but the whole experience kind of just made me feel sad and empty and a bit hungry if I’m being honest. So if you’re going to be riding the bus anytime soon be sure to take advantage of all that free wifi, but tread carefully, you might mess up like I did and walk smack dab into a wall of existential terror and accidental melancholy.

Your Guide To The Dublin Irish Festival