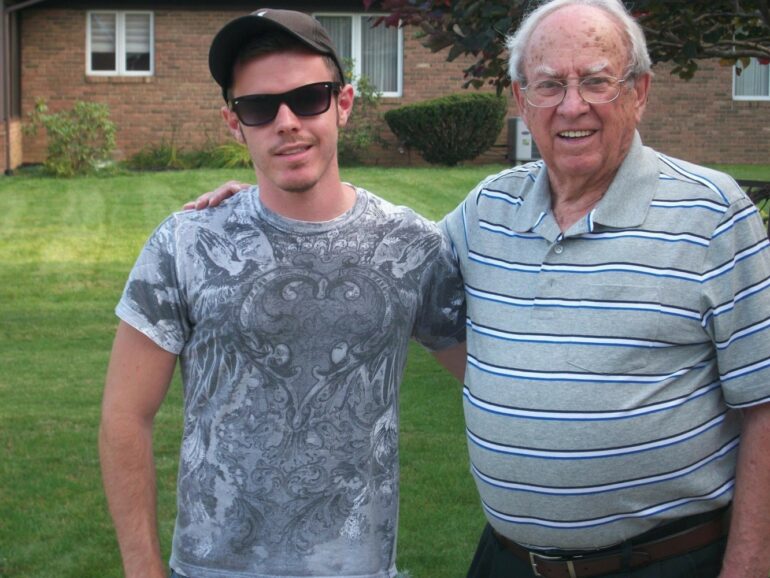 Mansfield man Harold Myers turns 100 next month and his family needs your help.

Harold and his wife Margaret have been married for 72 years and when Harold turns 100 on June 8th, his family is hoping that he has a ton of mail to open.

Myers is a World War II Army veteran and a lifelong resident of Ohio. His grandson Dan Smith decided that the perfect way to celebrate his grandfather’s 100th birthday would be to have members of the community send birthday 100 cards to Harold on his big day.

“He has always looked at the positive. No matter the situation,” explained Smith. “He could always find the silver lining in almost any situation. I think this has been a huge reason he’s still active at almost 100. I think he always finds a reason to get up and enjoy the day. Having purpose and finding joy has always been huge for him.”

After serving during World War II, Harold met his wife in 1947 while working at Mansfield Tire and Rubber Company. Margaret worked as a secretary, Harold as an accountant in the Cost Department. They were married three years later on May 28, 1950, and they’ve been together ever since, with three children, four grandchildren, and one great-grandchild.

Harold’s family is hoping that he receives at least 100 cards for his 100th birthday, but they won’t know exactly how many he gets until they do the big reveal on his birthday next month.

“He’s always helped others and I look at this as a really cool way to give back to a man that has given the better part of all his life to helping others,” said Smith.