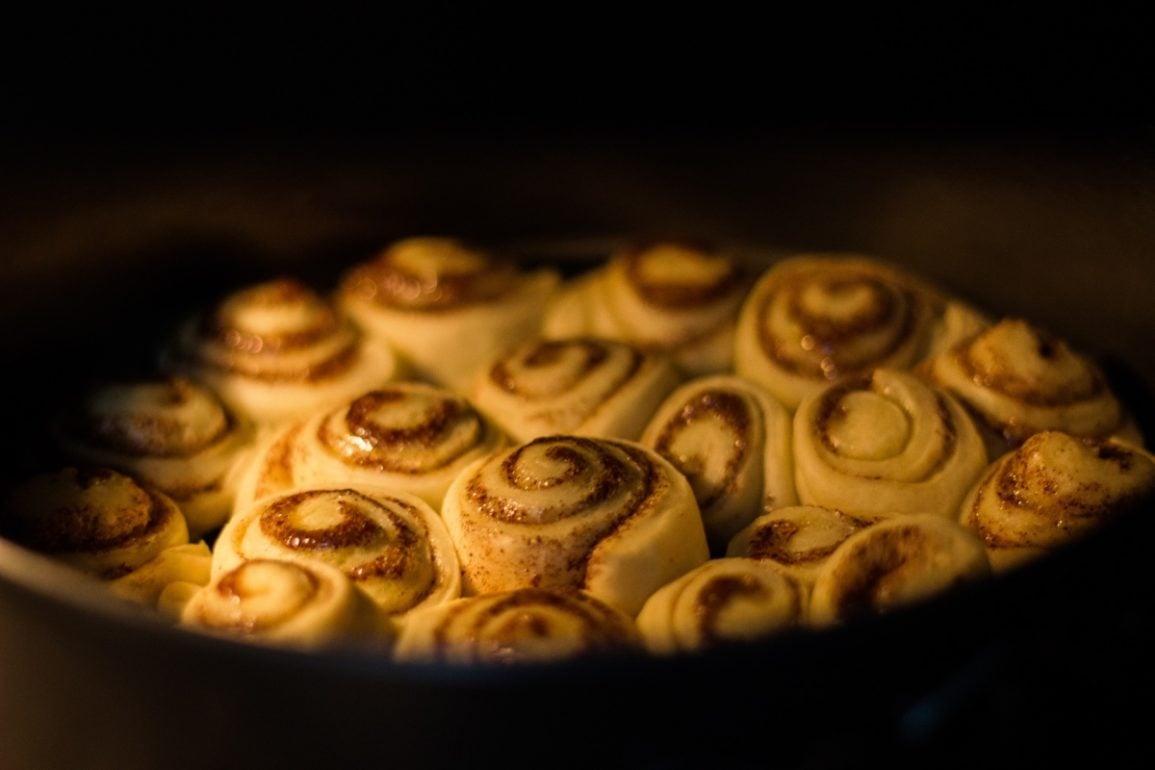 The Best Cinnamon Rolls In Columbus

As Lemony Snickett once said, “Anyone who gives you a cinnamon roll fresh out of the oven is a friend for life.”

In my humble opinion, pastries are just desserts masquerading as breakfast. And to be honest, I’m not mad about it. My love affair with cinnamon rolls started as a kid. My mom makes a mean cinnamon roll and we were treated to it on rare, quiet Saturday mornings when the five of us kids actually gave my mom time to bake.

I was also a frequent visitor to City Center Mall with my great aunt who would almost always treat me to a visit to Cinnabon. It’s the most comforting of all breakfast pastries and I have rarely said no to taking a bite or two from one. That’s why I feel so fortunate to live in Columbus, where there is no shortage of delicious, sticky cinnamon rolls and buns. Here are the best of the best.

Fox in the Snow

A post shared by Fox In The Snow (@foxinthesnowcafe)

I’ve never had a bad pastry at Fox in the Snow. That being said, I’ve never had anything there as delicious as their cinnamon roll. It is huge, heavy on the icing, and it goes perfectly with their New Orleans iced coffee. In my experience, it feeds two people easily, so take a friend and enjoy!
Location: Italian Village, 1031 N. Fourth Street, Columbus, OH 43201, German Village, 210 Thurman Ave., Columbus, OH 43206, and New Albany, 160 West Main Street, New Albany, OH 43054

When I first thought about a closer look at the best cinnamon rolls in Columbus, I knew instantly that Kittie’s had to be on this list. Of all of the cinnamon rolls around town, these perfectly capture that nostalgia of grabbing Cinnabon with my aunt, except they’re even more delicious. They look and taste exactly how you’d expect the perfect cinnamon roll to taste, with more of a glaze than a thick icing, and I love them.
Location: German Village, 495 S 3rd St, Columbus, OH 43215 and Bexley, 2424 E Main St. Bexley, OH 4320

When someone first suggested a place with “hamburger” in the name for delicious cinnamon rolls, I thought they were joking. But the joke would be on me if I left these amazing treats off this list. And yes, technically The Hamburger Inn is in Delaware, not Columbus. But trust me when I say it’s worth the drive for one of these bad boys. In addition to being a restaurant, they’re also a bakery, so they make everything in house, from cinnamon rolls to hamburger buns.
Location: 16 N Sandusky St, Delaware, OH 43015

I wish I wasn’t one of those people who fall for hype, but I am. When I hear other people getting excited about something, I have to find out for myself whether or not it’s worth it. So when I read that Omega Artisan Baking had The Best Breakfast in Columbus, according to Food Network Magazine, I was like, “challenge accepted.” Let me just say, the hype was right. These unique cinnamon rolls are super light with a ton of cinnamon flavor and the icing is so light, you could miss it if you weren’t paying attention.
Location: North Market, 59 Spruce St, Columbus, Ohio 43215

Don’t hate me for this, but there are three reasons I love going to IKEA. 1.) I love home goods. 2.) Meatballs. 3.) Their cinnamon rolls. I can’t explain it, but they are the most delightful treat and they make any trip to Polaris worth it. If you don’t believe me, just look at that guy with the mustache up there. He gets it.
Location: 1900 Ikea Way, Columbus, OH 43240

Looking for something to share? The grilled cinnamon roll at Skillet is exactly what you’ve been searching for. The roll is split and griddled, then served warm with bourbon brown butter caramel and maple string icing. Is that your mouth watering or mine?
Location: 410 E Whittier St. Columbus, OH 43206

If I had to describe Cap City’s cinnamon rolls (and let’s face it, I do because that’s my job) I would say that they melt in your mouth. They’re doughy and just sweet enough and they’re a great way to start the weekend, especially with a brunch cocktail and a group of friends. Plus, I personally adore their glaze to bun ratio.
Location: Gahanna, 1301 Stoneridge Dr, Columbus, OH 43230, Grandview, 1299 Olentangy River Rd, Columbus, OH 43212, and Dublin, 6644 Riverside Dr, Dublin, OH 43017