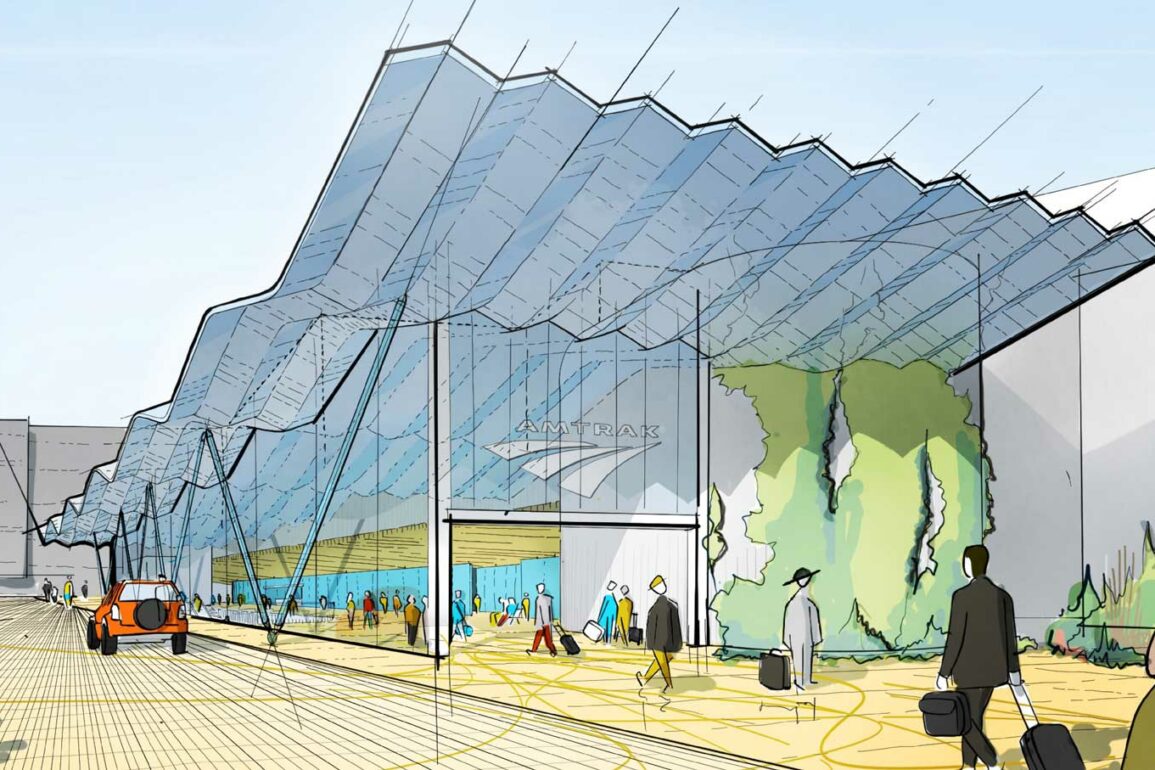 The residents of Columbus have been waiting for decades for passenger rail to return to the city.

Now, there are serious plans for that dream to come true. The Franklin County Convention Facilities Authority released a plan showing off inspiration, initial designs, and more for a new train station downtown that would service a potential Amtrak line.

You can view the full study here, but we’ve gathered the highlights for you here.

The station itself would be located near the Greater Columbus Convention Center, located in downtown Columbus on High Street. The location has a long history with passenger rail, as it was served as the home to Columbus Union Station, which served as a major hub for rail travel for over a century. 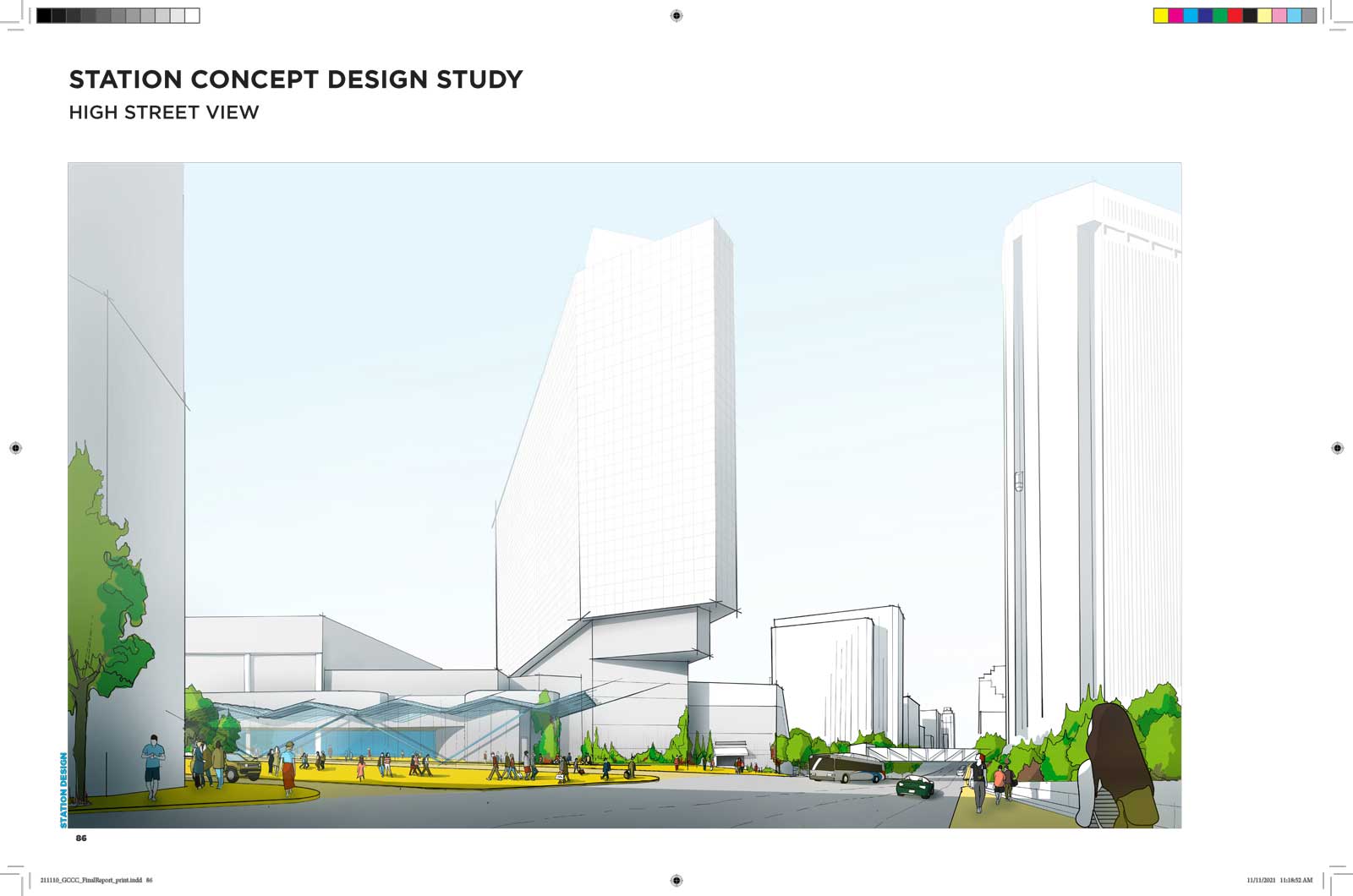 In the study, inspiration for the station comes from a variety of famous train stations around the world, including Kings Cross Station in London, Penn Station in New York City, and Stuggart Station in Germany. 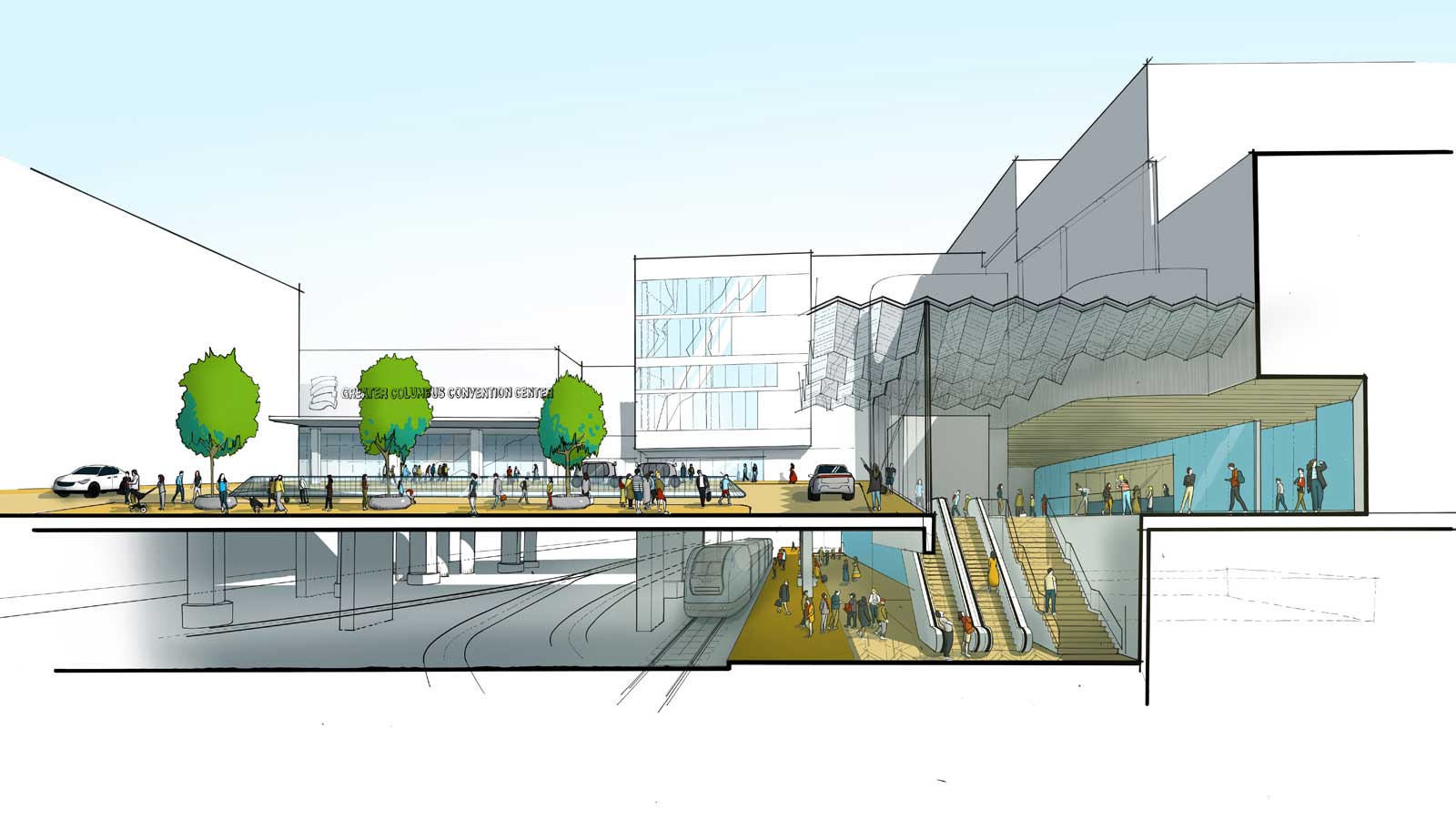 The final design for the Amtrak station hasn’t been released yet, but the study did include lots of things to get excited about, including potential architectural highlights like soaring ceilings, glass designs to allow for an airy feel, and more.

The station will be two stories tall and has a projected ridership of 73,000 people every year.

Although the plans from Amtrak to connect Ohio’s major cities have been well received and even hyped by local governments, there hasn’t been any word from the Governor on the potential expansion.

Dreams of passenger rail in Ohio have been dashed by politics in the past, but the fact that Amtrak is so interested in expanding in the region could be the push the state needs to move forward.