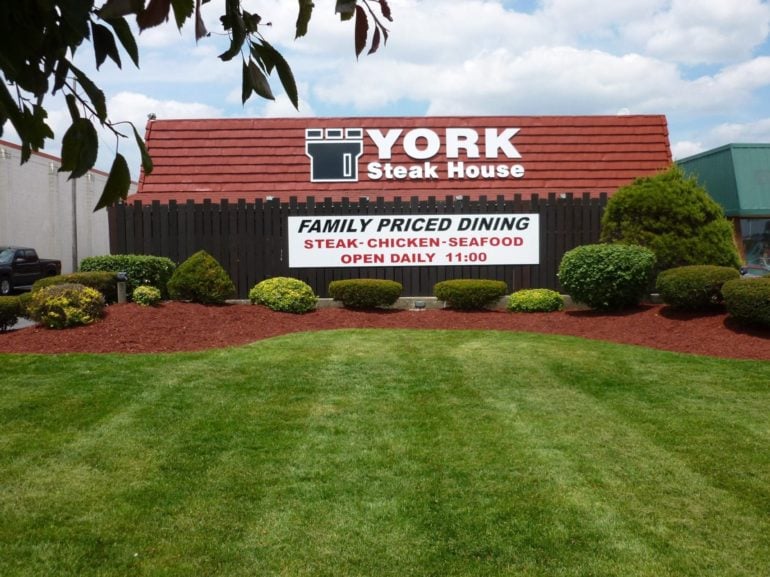 When it comes to nostalgia, everyone likes to think about what we can’t have anymore.

But there are many restaurants in Columbus that families have been going to for years that are still open. Most people have those stories, (you’re probably already nodding in recognition), the ones about the restaurant where their crazy family would gather for special occasions.

Luckily, some of those places are still open. So take a trip down memory lane, and then go out and relive the past at one of these spots. Let the nostalgia wash over you, take your siblings with you, and remember all the loving times you spent together as kids!

What: Thurman’s is a family-owned restaurant in German Village. Of course, it’s known for its legendary burger, The Thurminator. Thurman’s has been recognized as having some of the best hamburgers in the country.
When: Opened in 1942
Where: 183 Thurman Ave, Columbus, OH 43206

What: Ringside is the oldest restaurant in Downtown Columbus. Serving the community for 120+ years, Ringside has perfected so many things, especially their burgers.
When: Opened in 1897
Where: 19 N Pearl St, Columbus, OH 43215

What: What started as a meatpacking plant in German Village has grown into one of the most iconic restaurants in the city. Schmidt’s may have been making sausages in the 1880s, but their first venture into restaurants was in 1914 when they opened a concession at The Ohio State Fair. Although it wasn’t until decades later when the German Village location opened their doors, Schmidt’s, in one form or another, has been a part of Columbus for over a century.
When: Opened in 1967
Where: 240 E Kossuth St, Columbus, OH 43206

What: This Cantonese restaurant has been serving families on the west side of Columbus for decades. Generations of families, including many friends of mine growing up on the west side, have been going to Ding Ho.
When: Opened in 1956
Where: 120 Phillipi Rd, Columbus, OH 43228 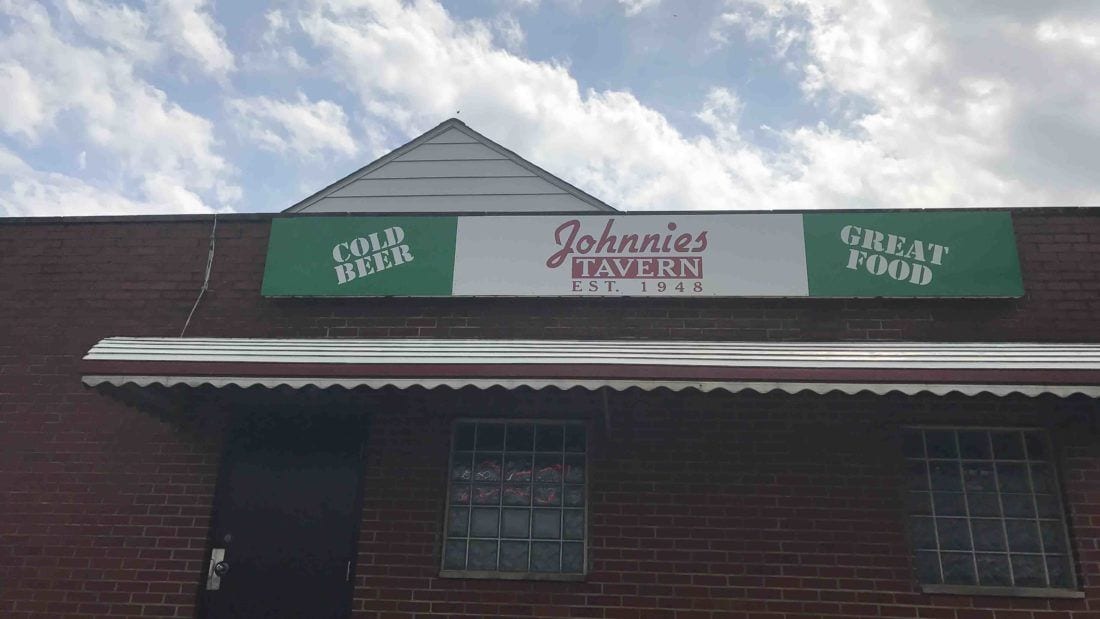 What:I’m not really sure how this city has been able to keep something as amazing as Johnnie’s Tavern “sort of” secret for over seven decades, but it remains one of the most underrated dives in the city. They are known for their burgers, and just so you can’t say I didn’t warn you, they are big. And very delicious.
When: Opened in 1948
Where: 3503 Trabue Rd, Columbus, OH 43204 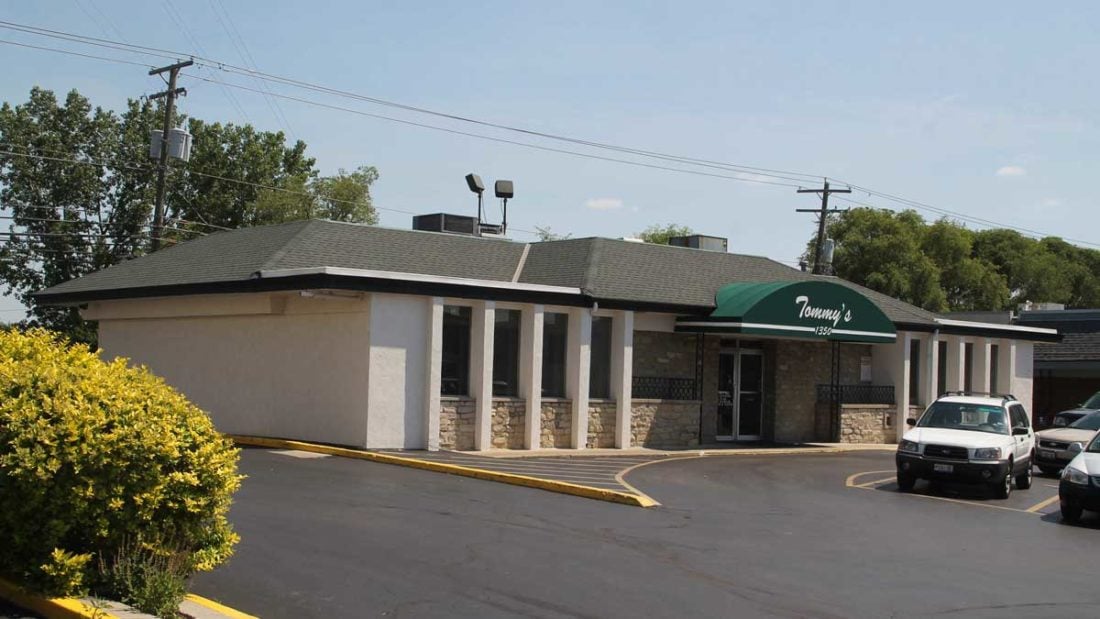 What:Tommy’s Pizza has been providing authentic, delicious pizza since the 1950s. Owner Thomas Iacono grew up in New York City in a first-generation Italian family and was inspired to open his own Pizza place and restaurant when he moved to Columbus.
When: Opened in 1952
Where: 1350 W Lane Ave, Columbus, OH 43221

What: Chef-O-Nette has been an Upper Arlington favorite for years. Serving breakfast all day, as well as lunch and dinner menus, Chef-O-Nette is known for its welcoming service and their delightful food. They also had one of the first drive-thru windows in the nation, which is still in operation if you order carryout!
When: Opened in 1955
Where: 2090 Tremont Center, Upper Arlington, OH 43221

What: This midcentury throwback is truly one of a kind. The Top, which was opened by the owners of the legendary Kahiki, will have you feeling extremely realistic Mad Men vibes. In fact, The Top is so authentically old school that it has had the same pianist, Sonia Modes, since 1965.
When: Opened in 1955
Where: 2891 E Main St, Columbus, OH 43209

What: The Refectory has been an iconic restaurant Columbus for many years and is, let’s be honest, possibly the fanciest place we have to grab a bite to eat. This old church turned award-winning French restaurant has seen many special occasions throughout the years.
When: Opened in 1981
Where: 1092 Bethel Rd, Columbus, OH 43220 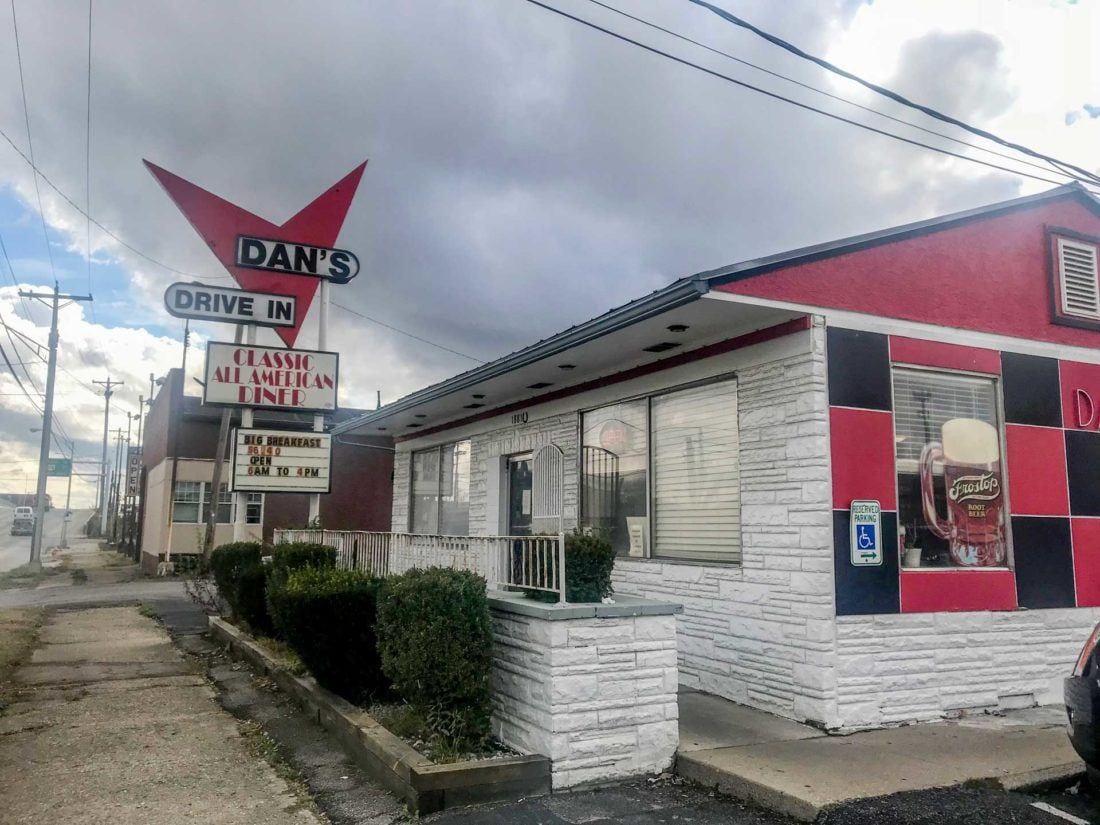 What: Columbus’ oldest diner is still going strong. Times may have changed, but Dan’s Drive-In has not. The food is still great, the prices are affordable, and the decor is on point. Break out your poodle skirt and your saddle shoes, because it’s time to go back to the 1950s.
When: Opened in 1951
Where: 1881 S High St, Columbus, OH 43207

What: Tommy’s Diner is an institution in this city, and not just for the Instagram moment. There’s something about stopping in Tommy’s for breakfast that feels a little bit like coming home, and that’s why they’ll hopefully be in business forever.
When: Opened in 1989
Where: 914 West Broad St, Columbus, OH 43222

What: For nearly a century, TAT Ristorante has been serving authentic Italian dishes to Columbsites. We even have TAT to thank for bringing pizza to Columbus. This is the kind of place that your family can enjoy for generations.
When: Opened in 1929
Where: 1210 S James Rd, Columbus, OH 43227

What: Craving that old-school seafood and maybe a side of cottage cheese? The 1970s are alive and well at Windward Passage. This decades old restaurant is nautical in theme and super fun in vibes.
When: Opened in 1971
Where: 4739 Reed Rd, Columbus, OH 43220

What: I live my life by a simple philosophy: there’s nothing in the world that can’t be cured with a bite of Chicken-n-noodles from Nancy’s. This little diner is a beacon of happiness in Columbus.
When: Opened in 1968
Where: 3133 N High St, Columbus, OH 43202