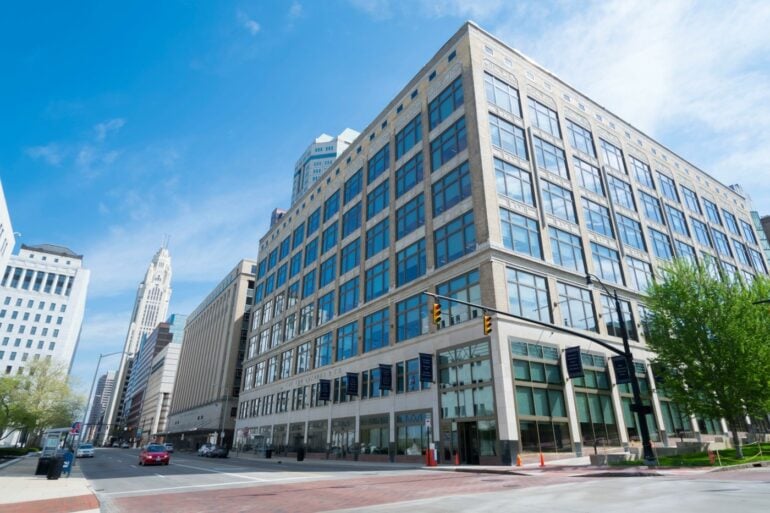 We’ve got some truly iconic historic buildings in Columbus.

But one that holds a particular place in my heart is the Lazarus building. The giant department store was a hub for nearly a century, occupying nearly four city blocks between High, Front, Town, and State streets.

The store closed in 2004, but luckily for all of us, that wasn’t the end of the building itself. The project began in December 2004 and concluded in 2008, with re-opened windows, a restored façade, and interior renovations.

The Lazarus Building is one of the city’s largest office buildings offering office space to a mix of cultural, retail, restaurant, and commercial tenants. The restoration of the building included many environmentally responsible practices.

75% of construction and demolition debris was recycled, non-toxic paints, carpets, and flooring were chosen, energy-efficient windows installed, and there’s even a cooling system that uses harvested rainwater to save energy.

But the most incredible part of the new-and-improved Lazarus building is, by far, the rooftop garden. A small piece of wild Ohio now calls the rooftop home, with wildflowers and honeybees enhancing the views of downtown Columbus.

The rooftop garden is open to the public, but only on the first Friday of the month from May through October. The tour begins at 2 p.m. inside Urban Arts Space. From there, guests will be guided through the current exhibition in the gallery before ending the tour on the roof.

More information about tours can be found right here.