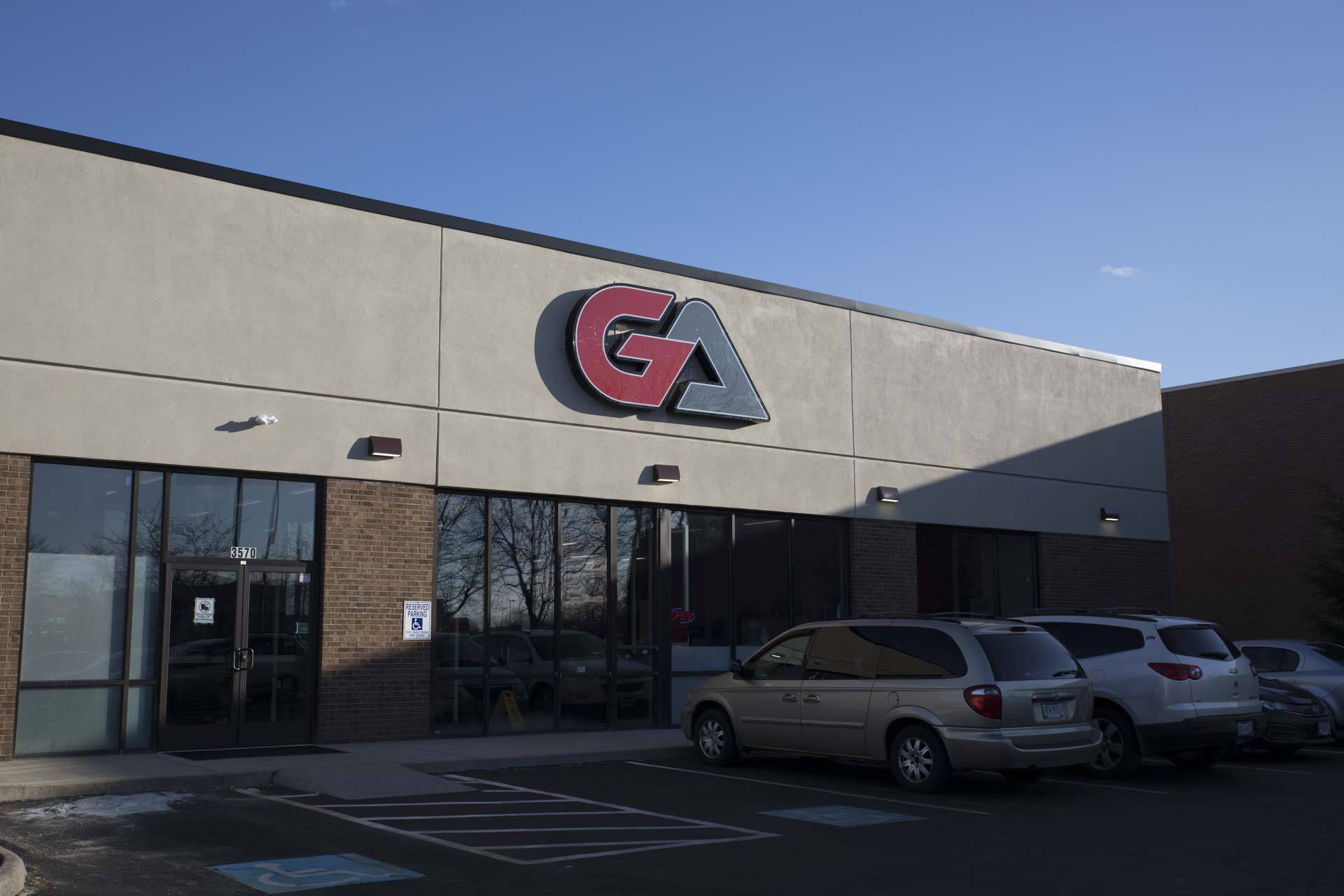 In late winter, Game Arena opened in Hilliard, offering gamers a place to meet up and play all of the latest games.

The process is simple. When you walk into Game Arena, you can head straight to the front desk. There, they will get you all set up with a gamer tag. You can choose your game plan which ranges from hourly rates to day rates. Once you’ve signed a waiver that says you’re responsible for any damage you do to equipment, you’ll be good to go. 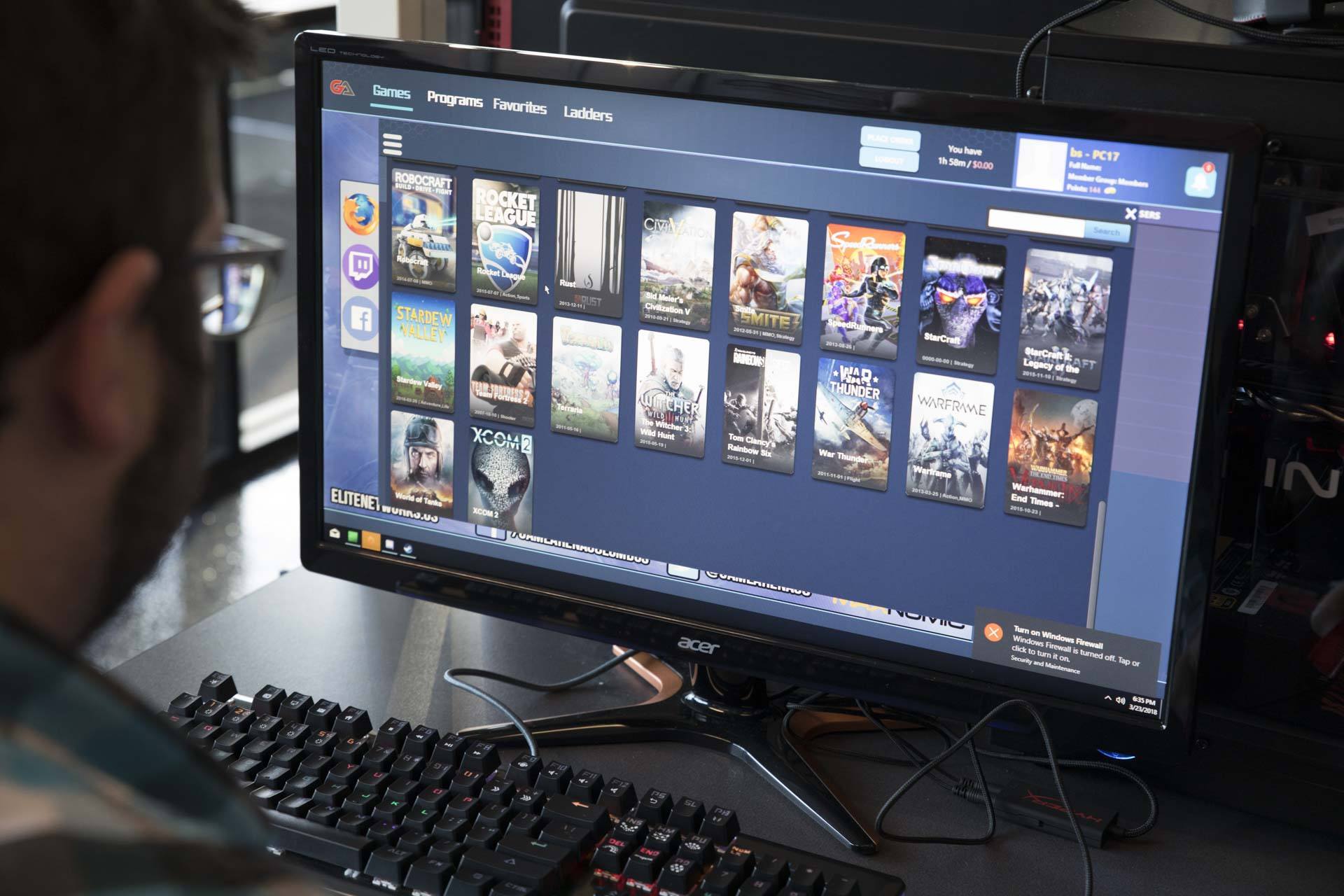 From there, you can sit down in your specified area (PC or Console) and choose from over 50 different games.

Game Arena opened on February 1 and is open to gamers of all ages, although visitors under 12 will need a parent or guardian present. The gaming center was a long-time dream for owner and director Justin Kogge. The 26-year-old has always been passionate about video games, and he knew he wanted to find a way to create a special place for gamers like himself. 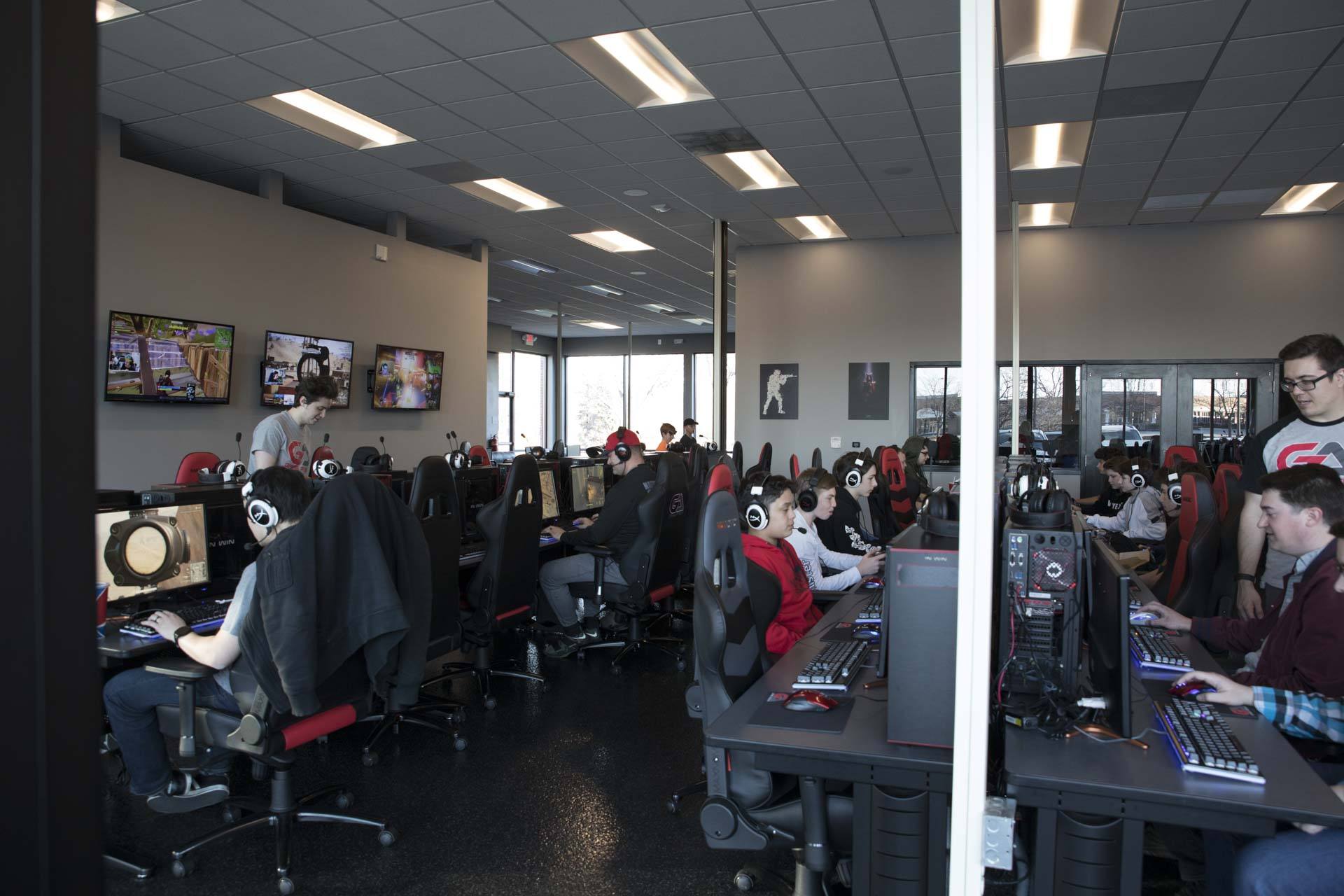 Kogge started playing video games in middle school and has been an avid gamer ever since. He knew of places like Game Arena, but none here in Columbus.

“I’m a very competitive gamer. I played so many hours of video games with people from different countries who were playing somewhere like this, and I always wanted to go to a place where you could be playing with friends and meeting new people,” explained Kogge.

Modern video gaming almost always has a social component. But although you may be connecting with people over your headset, you aren’t getting the opportunity to get to know them in real life. That’s one of the things that Kogge wanted to change.

“Right now, all of these kids would be at home by themselves,” he said. “They’d be talking to everyone but not seeing them. We bring them and have them interact. After the game is over and before the game starts, they’re actually having fun, messing with each other, communicating.” 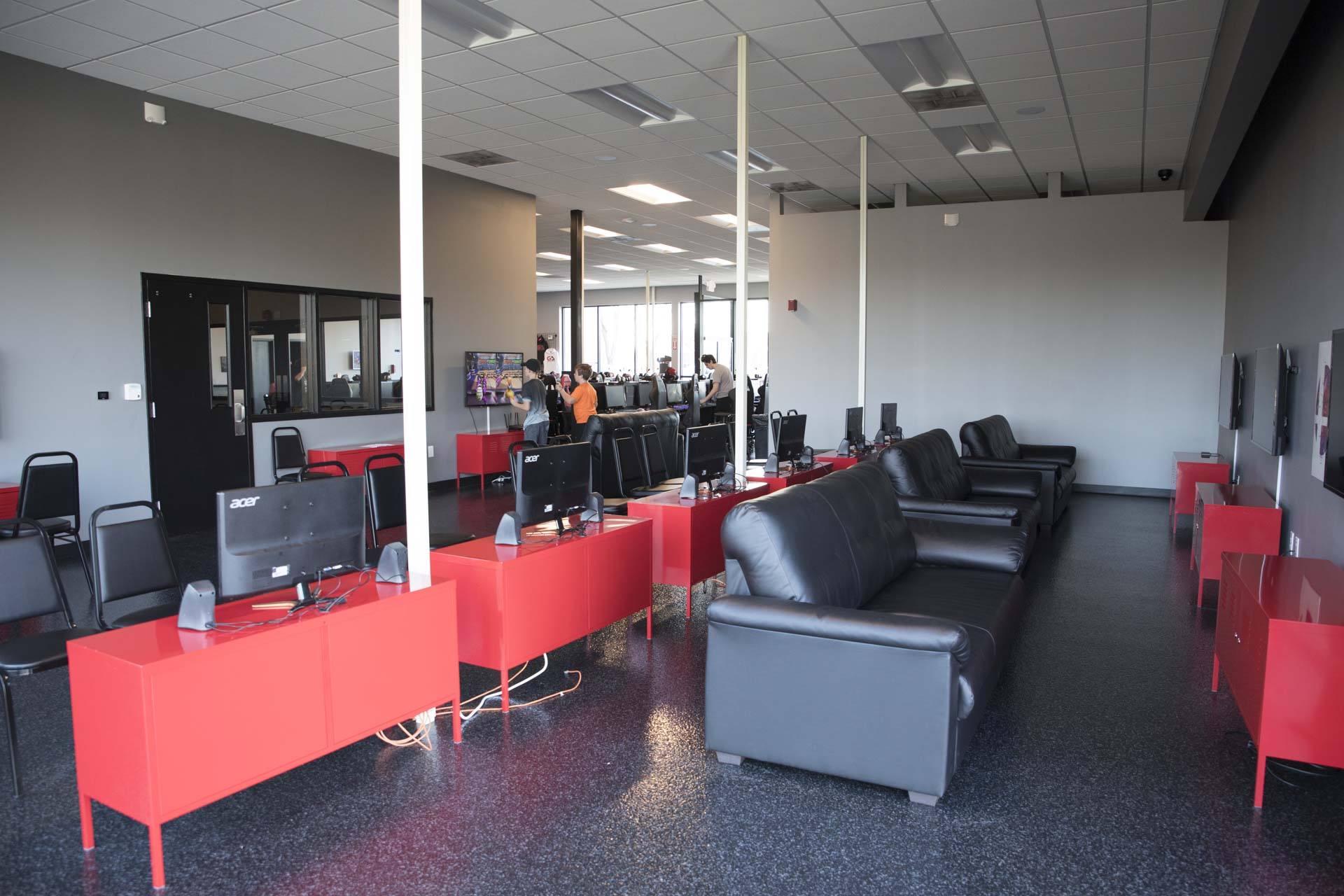 The newly decked out gaming center used to be a Hollywood Video. After the demise of the at-home movie rental industry, the building sat vacant for 8 years.

8 months ago, Kogge was ready to find the perfect location. He grew up in Hilliard, and the familiarity with the area led him to 3570 Fishinger Blvd. in Hilliard’s Mill Run area.

“I know that when I was in high school there were a lot of kids who would have loved to come to a place like this,” said Kogge. “That number has only grown. They say that 9 out of 10 boys and girls play video games now.” 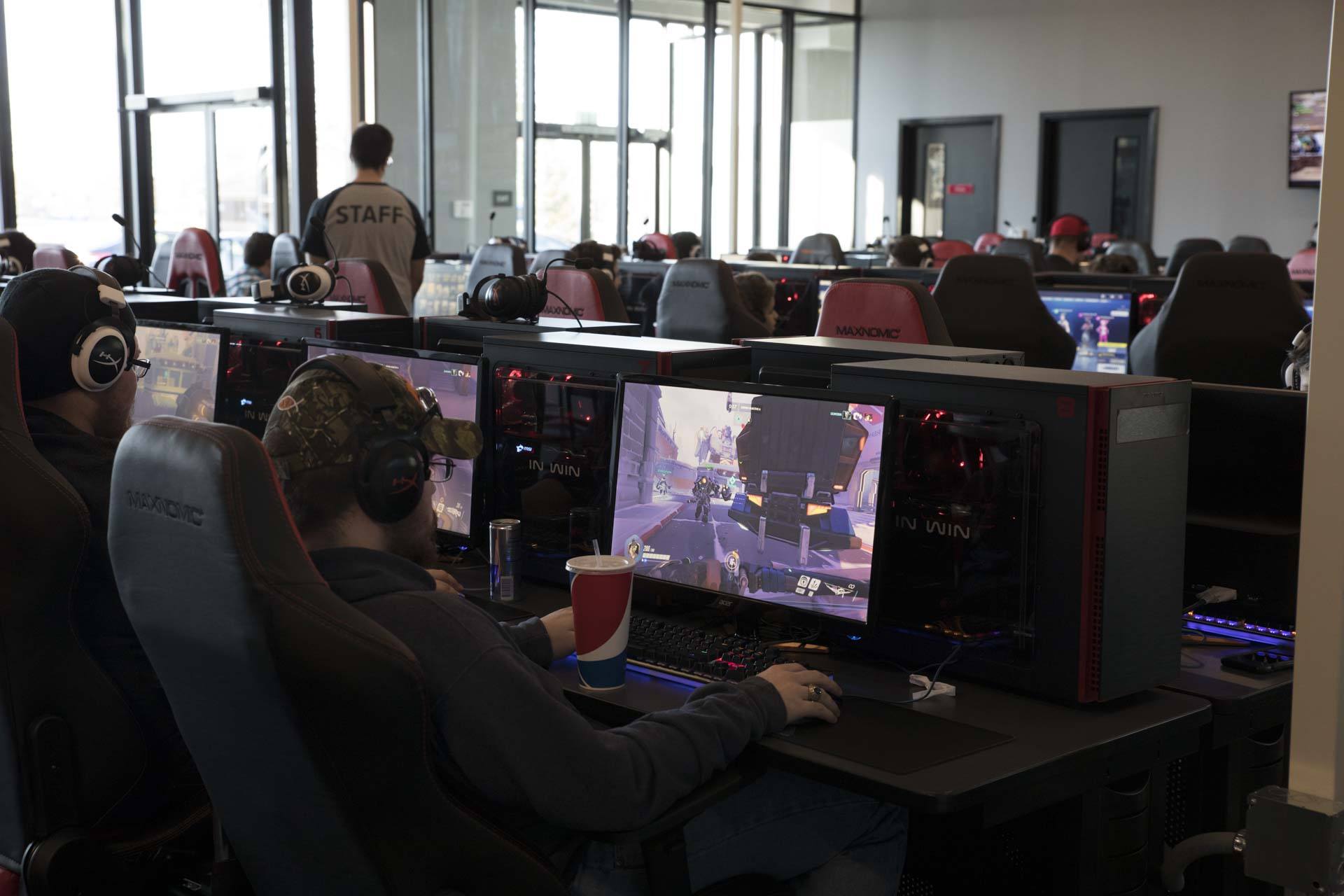 While glancing around during our interview, the place was pretty crowded. The ages ranged from pre-teens to mid-50s, everyone playing their own games in a remarkably chill environment. There weren’t any outbursts or toxic gamer meltdowns, and nearly everyone was laughing and joking around with the people seated nearby, whether they were playing the same game or not.

As technology advances, it’s a safe assumption that PC and console gaming will only grow in popularity. With the revelations in virtual reality over the last five years, places to play games and systems that could be unaffordable for the average home will get more popular too.

“We’re modern. We’re not trying to capture a dying demographic. Every time a new game comes out or new technology, we can implement it,” said Kogge. “There’s always going to be something better that is too expensive for people to purchase.” 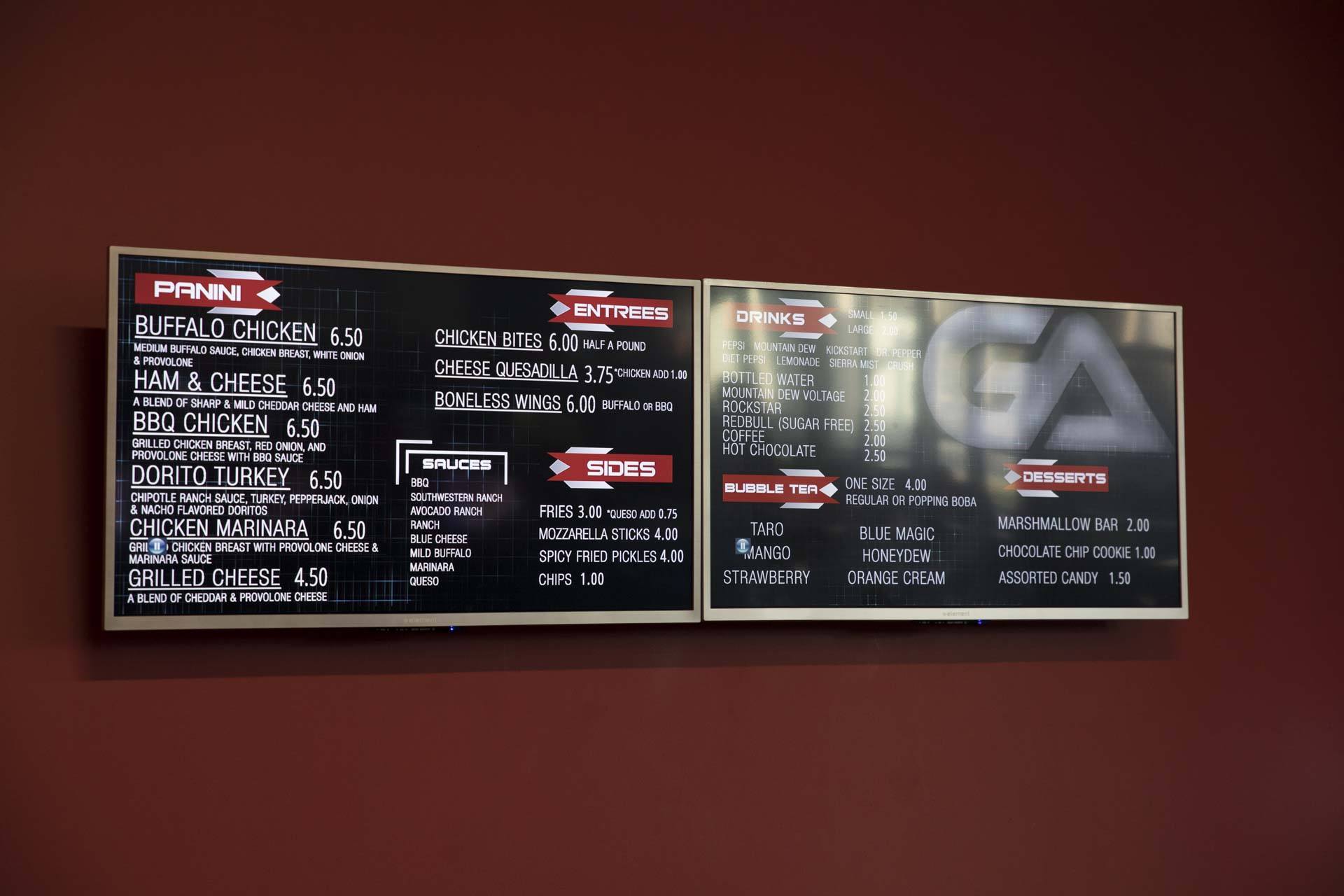 Game Arena hosts tournaments, parties, and more. They are open Monday-Thursday from 3 p.m. to 12 a.m., Fridays and Saturdays from 12 p.m to 2 a.m., and Sundays from 12 p.m. to 12 a.m. Although you can’t bring outside food and drink into the facility, you can order food from their in-house cafe. Gamers can place their orders right at their station and the food will be delivered right to them, meaning they won’t miss a minute of their game time.

For more info about Game Arena, you can visit their website here.