Looking To Get A Sharp Fade? EVOLUER Studios In The King-Arts District Is The Place To Check Out

There’s always that moment of hesitation immediately before trying a new barber. Your hand hovers right above the door knob to the shop, your heart skips a beat or two. Then you dive in, shove open the door, and you give a brief wave to the barbers. One of two things can happen at this point. They smile at you all friendly-like, welcoming you in, or they can glance at you suspiciously, eyes weighing the cut of your jib. If it’s the former, that they’re immediately overly friendly and smiley, walk out immediately. I can almost guarantee that they will straight up jack your hair up. 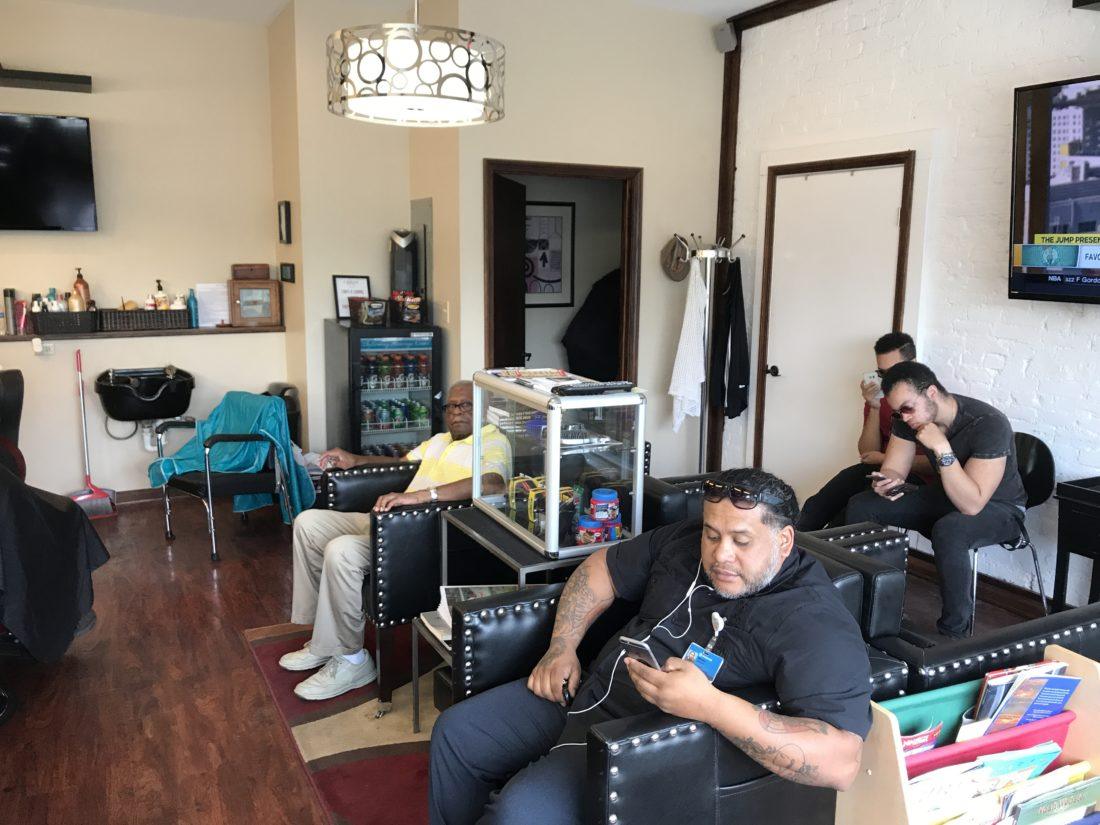 Now if they’re instantly wary of anyone new, this is how you know this spot knows how to trim up some hair. It’s a good indication that a shop has a sense of community, that they’re not just some lame fade and trim factory. Part of what makes a barber studio so great is the conversation, the comfortability with the people there, and that’s something that has to be earned.

Not too long ago I moved neighborhoods, which was great and all, but I was none too excited to try and find a new barber.

Starting that whole process of trial and error can be a pretty frustrating war of attrition, the whole while you’re rocking a terrible to mediocre edge up. Fortunately, this time around was super easy, and I lucked out on a little shop on East Long Street called EVOLUER studios.

The shop is nestled in the King-Arts District, a historic African-American community with a long and rich past.

The inside was clean and gorgeous with comfortable leather chairs. The entire shop front is lined with windows which let in light and shows off the studio’s interior. Rick Duckett, the studio’s owner, has been at the location for two years now. Duckett, along with the other barbers, obviously take a lot of pride in their work, the fresh cuts in every chair was proof enough of that.

Once I settled in and everyone was more at ease, the conversations began rolling. There were the normal barbershop topics like sports and pop-culture but also, pretty much anything that showed up on the television was fair game. The regulars and barbers joked around and threw jabs at popular celebrities and ball players. After a while I found myself laughing along with them, chatting it up about urban development in Columbus.

If you’re looking for a studio with genuine talent that’ll do you up right, I definitely recommend you walk-in and check them out on Facebook.