Columbus has a lot of heroes. Tuskegee Airman Dr. Earl Sherard is one that deserves our attention.

Earl Sherard was born in Columbus in 1924 and grew up in the prominent African-American community of Poindexter Village. A young man in his twenties, Sherard embarked on a journey that would change his life. 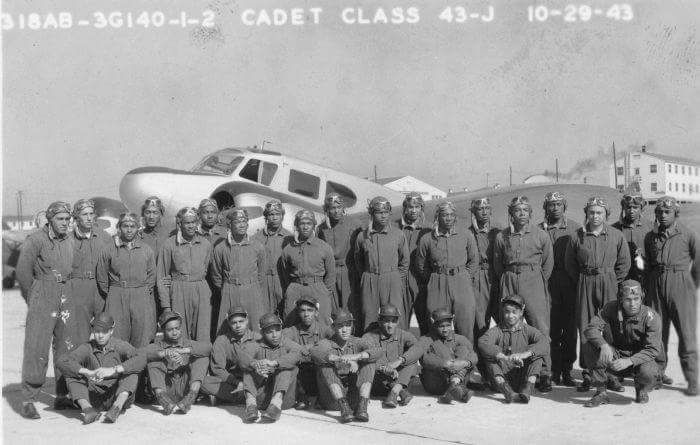 Opportunities for African-Americans to participate in the U.S. Military were limited and controversial. By the time World War II had started, military leaders still believed that their black counterparts lacked the intelligence required to become pilots.

After pressure from civil rights groups, Congress finally approved funding to train African-American pilots. Though the process was rigorous and held applicants to an incredibly high standard, arguably much higher than that of white pilots, the men who chose to serve were able to overcome the obstacles thrown at them. At the time, there were no black flight instructors, so eleven white officers were assigned to instruct the enlisted men and officers, forming the first example of a racially integrated unit.

The program was unpopular at first, with racial tensions across the country escalating. But in March 1941, first lady Eleanor Roosevelt traveled to Tuskegee to inspect the training facility. During her visit, she took a half-hour flight with Alfred “Chief” Anderson. That first-hand experience of seeing the capability of the airmen was crucial in proving to the Roosevelt administration that not only were the black pilots capable of doing their job, but they could also do it incredibly well.

Her approval and the necessity for good pilots provided a much-needed and deeply earned turning point for the men of Tuskegee.

They were ready to fight for America, even though American wasn’t fighting for them.

On November 3, 1943, 2nd Lt. Earl Sherard graduated from Tuskegee Flight School. By June 24, 1944, the 332nd Fighter Group was assigned a low-flying mission to bombard an enemy supply line near Aircasea, Italy. Among the pilots was 2nd Lt. Sherard.

On that mission, the belly of his plane hit the water. Luckily, Sherard was able to exit his plane, walk out on the wing, and inflate his dinghy before his aircraft sank into the ocean. The rest of the unit continued on to their mission, leaving Sherard to be rescued by a British ship and returned to the base later that day.

Sherard continued to serve as a pilot until 1945 when he was one of the first servicemen mustered out of the military with 96 points. His heartwarming return to Columbus was documented by All-American News.

All-American News made the first newsreels produced for a black audience. The reels were made in the 1940s and 1950s and “intended to encourage black Americans to participate in, and support the war effort, and to reflect an African-American perspective on global and national events.”

A life of service

After his time in the military, Sherard went on to become a pioneer in the fields of pediatrics and epilepsy, serving as the director of the Division of Neurosurgery at Children’s Hospital. In fact, Dr. Earl Sherard was portrayed by Morgan Freeman in the 1987 film, Fight For Life.

The film was based on the true story of Dr. Sherard’s treatment of a young girl suffering from epilepsy and his determination to bring an anticonvulsant drug approved for treatment in the United States in the late 1970s.

Dr. Sherard’s life of service and his accomplishments speak volumes about the content of his character. When we think of Columbus heroes, we should absolutely be thinking of Earl Sherard.