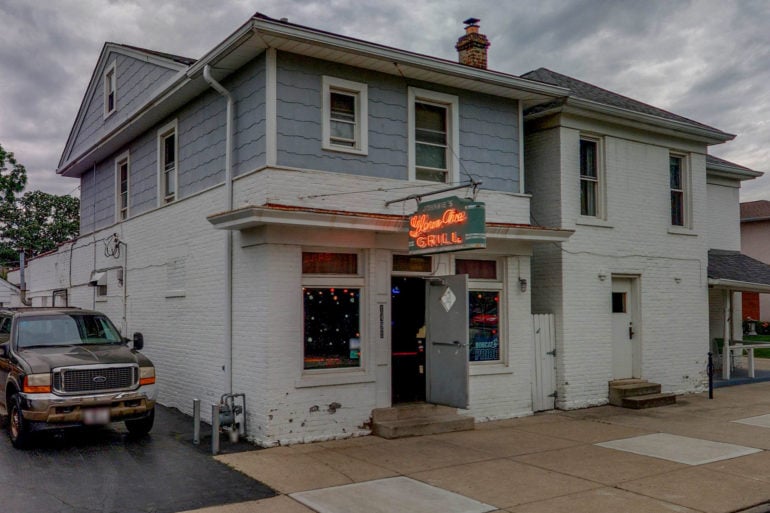 Because we’re pretty sure the Beastie Boys fought for your right for this kinda stuff.

There are a lot of things people will tell you to be proud of about our city. Our arts scene, the Buckeyes, our NHL team, the fact that the sky never knows what it wants to do at any given moment (no one complains about mildly inconvenient weather like we do). None of that is nearly as important as what actually defines a city. If you’re thinking our unrivaled cultural achievements you’re only half right: I’m talking dive bars people.

So important are these darkly-lit taverns that I just had to curate another playlist of dives and drags that any adventurous booze hound and publonaut (my invention, “one who explores pubs”, you’re welcome America) would love to keep in their back pocket.

So here it is, Dopest Dive Bars of the City 2, or as I like to call it, Places To Never Take First Dates Volume 1.

We honestly couldn’t ask for a more divier bar to start off this list. It’s a quaint little Shangri-la for misfits and heathens (i.e. my people). I’m talking cheap beers and forties of malt liquor, all while serving up actual Wild Irish Rose. YOU HEARD THAT RIGHT. We’re talking 18% of fortified juicy wine goodness (I use the terms both “wine” and “goodness” verrry loosely here). Also worth checking out is their “Black Tie Affair”– An all-American starter kit consisting of a Black Label plus a shot of Jagermeister. Cheers and hail to the chief.

Takeaway: Unironically represents that trash life and they dare you to say something about it. Great for doing hood rat stuff with your hoodrat friends.

Referred affectionately and simply as “The Hey Hey”, this neighborhood dive has a strong reputation for a friendly and welcoming atmosphere. Which is odd, because that type of thing is generally uncharacteristic of dive bars as a genus. Still, though, The Hey Hey does much to deserve its seat at the table, namely by providing a selection of cheap drinks and semi-shady bar chow. Their sauerkraut balls are supposed to be pretty killer according to Midwest Living Magazine (which is hilariously an actual thing that exists and that people read). 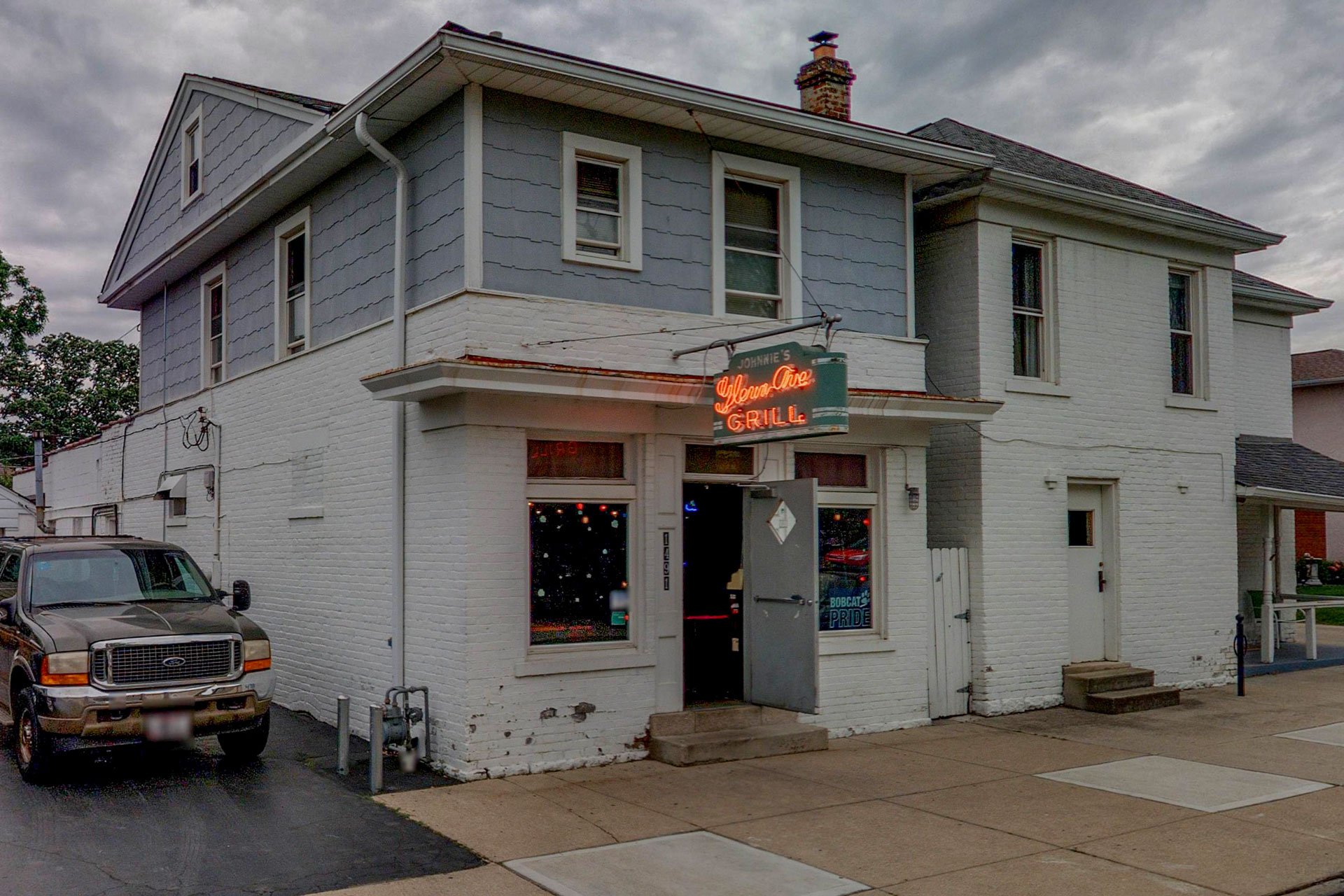 I love this place simply because it feels like you’re getting hammered in a complete stranger’s living room, something I’m sure we’ve all been familiar with… No? Just me? Cool. Cool cool cool. It’s called Johnnie’s Glenn Avenue “Grill” but I’ve never seen them do any grilling and I doubt they ever have. Still, though, this little oasis in the middle of a residential area gives off a unique sort of comfort. A sort of after work getaway for blue-collar and service industry workers. Johnnie’s is cash only, not family-friendly, and utterly nostalgia-inducing. Perfect for getting blitz canned on a Tuesday for absolutely no reason other than that the cocktails are two dollars (in and of itself is completely reason enough).

Takeaway: You are almost certainly gonna get drunk elbow to elbow with somebody’s stepdad.

Gritty and chic (which is a super nice way of saying beatnik AF), this pleasant little dive features live indie performances from some of the coolest small acts, both local and touring. Also: there used to actually be a friggin’ tree in the middle of the bar until The Fuzz told them they had to chop it down. I actually don’t know if that’s in any way true but it feels so right and so angsty that I’m just gonna go ahead and stick with it. Originally opened by the late local CD102.5 DJ, Andy “Andyman” Davis and X-Rated Cowboy’s lead singer, Quinn Fallon, the bar serves as a watering hole for local musicians and music junkies to mingle and co-conspire their own night’s set-list. Plus this joint is wayyy back in the cut in between two alleyways which makes it super hard for any uber driver to find. Inconvenient? Sure, but that’s a lot of dive bar points added right there.

Takeaway: THE FUZZ IS ALWAYS TRYING TO TAKE TREES AWAY FROM BEATNIK KIDS. Supposedly. Anyway, you should probably get rowdy and throw a chair about it or something.

Never in my life have I seen such super janky looking food also look so incredibly friggin’ delicious. We’re talking sandwiches, chili dogs, and flop-sloppy nachos piled with melted cheese and peppers. You know, the drunk-eats you crave the most when you’re buzzed beyond rational understanding. India Oak carries with it a major dad vibe, which is completely understandable seeing as I’ve known several people who have definitely gotten pretty drunk here with their actual dads. Though It’s a pretty diverse cast of characters you’ll see roll in throughout the night, the overall vibe is if WNCI and The Blitz got into a fight at a Crew game and then decided to do shots and high five about it later. I don’t know about you, but I could def get drunk and watch the hell out of that.

Takeaway: I’m not sure how much clearer I can say this– Kyle, your dad’s drunk at the India Oak, ranting (again) about how Pat Tiberi stole his one shot at happiness. Can you stop playing Fortnite for 5 seconds and come pick him up? Great. Thanks.

Not only is O’Reilly’s a great little cozy dive but also a pretty stellar greasy spoon while we’re at it. Their Pepper Burger is famous throughout the city but you also have to respect anyone that serves a pretty mean fried bologna sandwich (never underestimate the simple foods in life). The sunken bar thing is pretty cool but the real move is sliding into a booth seat and pounding down about a baker’s dozen pitchers with three of your less wholesome chums before marching out to paint the town red or green or whichever color is more debaucherous and en vogue at the time (this, of course, isn’t real advice that anyone should follow *hard wink*)

Takeaway: They don’t actually serve pitchers here which is a crime against its own sanctity. Please call your local congressman and complain (okay, don’t really, unless you’re cool, in which it’d super hilarious if you actually did).

Cafe Bourbon St. is the original home of Pierogi Mountain, a small Polish dumpling spot that’s had the honor of serving none other than Flavor Town’s own mayor and magistrate, Guy Fieri. Eccentric live acts define this charming little hole in the wall as much as the paint peeled walls and the street art stickers. Irony and whisky hold reign here, black lights and psychedelia are the norm. Remember that kid you used to hang out with whose parents let him live in the attic and who had really good taste in music but would always put on those weird conspiracy theory Youtube videos to play in the background when you hung out? Well, turns out they opened a bar and it’s actually kinda dope.

Takeaway: You’re going to get into a heated argument with someone who has strong opinions about Joe Rogan’s podcast. 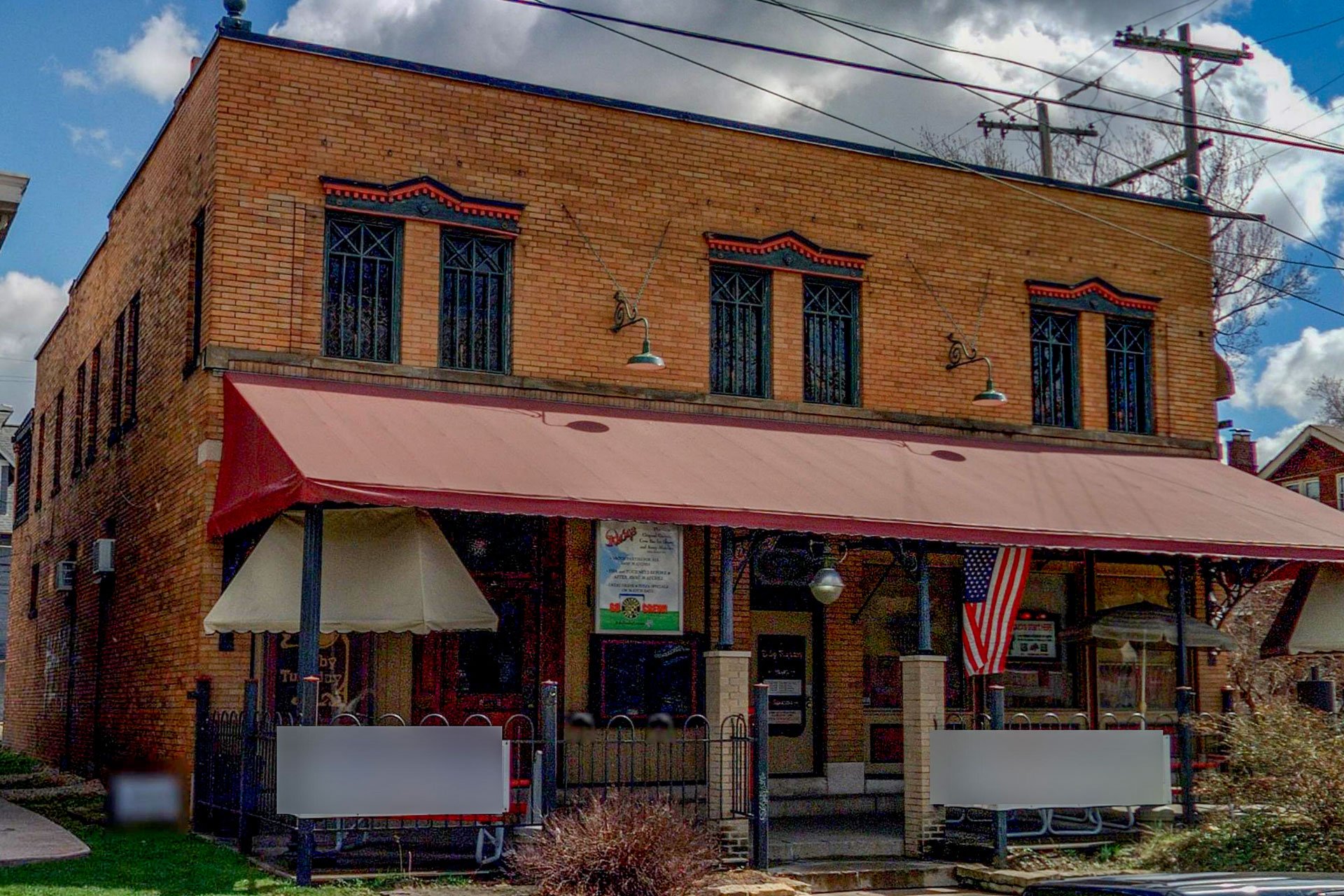 I don’t know how many times I’ve had to explain that this isn’t actually the commercial chain restaurant that millennials are trying oh so desperately to kill (good riddance, death to mediocrity *cough, cough*). Ruby Tuesdays is a dive bar/venue that’s been embedded in the city since the late 70s, providing a place for tons of young talent to try their hand and cut their teeth on. It definitely struts a sort of vintage, antique look. Perfect performance atmosphere for the burgeoning Bandcamp rapper or the or anyone who knows they have a little T. Swift trapped in their little culdesac-cowboy heart (NO ONE SAY ANYTHING, I WANT TO SEE IF THEY’LL ACTUALLY DO IT). The bathrooms look like the national deficit, but it’s a dive bar, thems’ the breaks kid.

Takeaway: Kyle, no one here wants to listen to your mixtape. Now take your dad home already, he’s starting a fight with a guy that only kind of looks like Pat Tiberi.