The Best Covered Bridges In Ohio

Ohio’s covered bridges are some of our best-kept secrets and hidden gems.

There are over 125 historic wooden covered bridges in Ohio, each one gorgeously fitting into its surroundings. There are no bad times of the year to check out these delightful little (sometimes not so little) bridges. But even I have to admit that there’s no more perfect time than autumn.

There’s something so incredibly charming about one of these wooden bridges set against fall foliage. If you’re ready to get out there and explore, I don’t blame you. Let’s hit the road, shall we?


The National Forest Covered Bridge Scenic Byway follows State Route 26 from Marietta to Woodsfield and it’s the perfect place to start your Covered Bridge adventure. Most of the journey will have you traveling along the Little Muskingum River. The byway is about 35 miles and you can take a self-guided tour that will take you to ten different stops. The tour will take about four hours, plus a one hour trip back to Marietta. Wayne National Forest is the perfect setting for this adventure, offering a stunning backdrop to the three bridges on the trail.

The Bridge of Dreams

The bridge is part of the Mohican Valley Trail, which extends throughout the region, connecting several trails in nearby Holmes County.


If you’ve ever wondered what the largest covered bridge in the United States looks like, you don’t have to wonder much longer. At 613 feet, the Smolen-Gulf Bridge is not only the largest in the country, but the fourth largest in the world. The bridge was designed by John Smolen, a former Ashtabula County Engineer.


The Hueston Woods Covered Bridge is the perfect addition to any visit to the gorgeous Hueston Woods Lodge. The bridge itself is a modified Burr Arch design. Although it’s timber-covered, it’s reinforced with concrete foundations. There’s a six-foot covered walkway on either side of the bridge which you should definitely take advantage of if you’re interested in checking out the scenic view of Four Mile Creek.


This beautiful bridge crosses Conneaut Creek in Ashtabula County. State Road Covered Bridge is found in a stunning setting, and full of little surprises.One of the most beautiful elements of this bridge has to be the stunning lattice windows that run through the entire length of the bridge. You can drive across the bridge, or take advantage of roadside parking to get out and explore on foot. 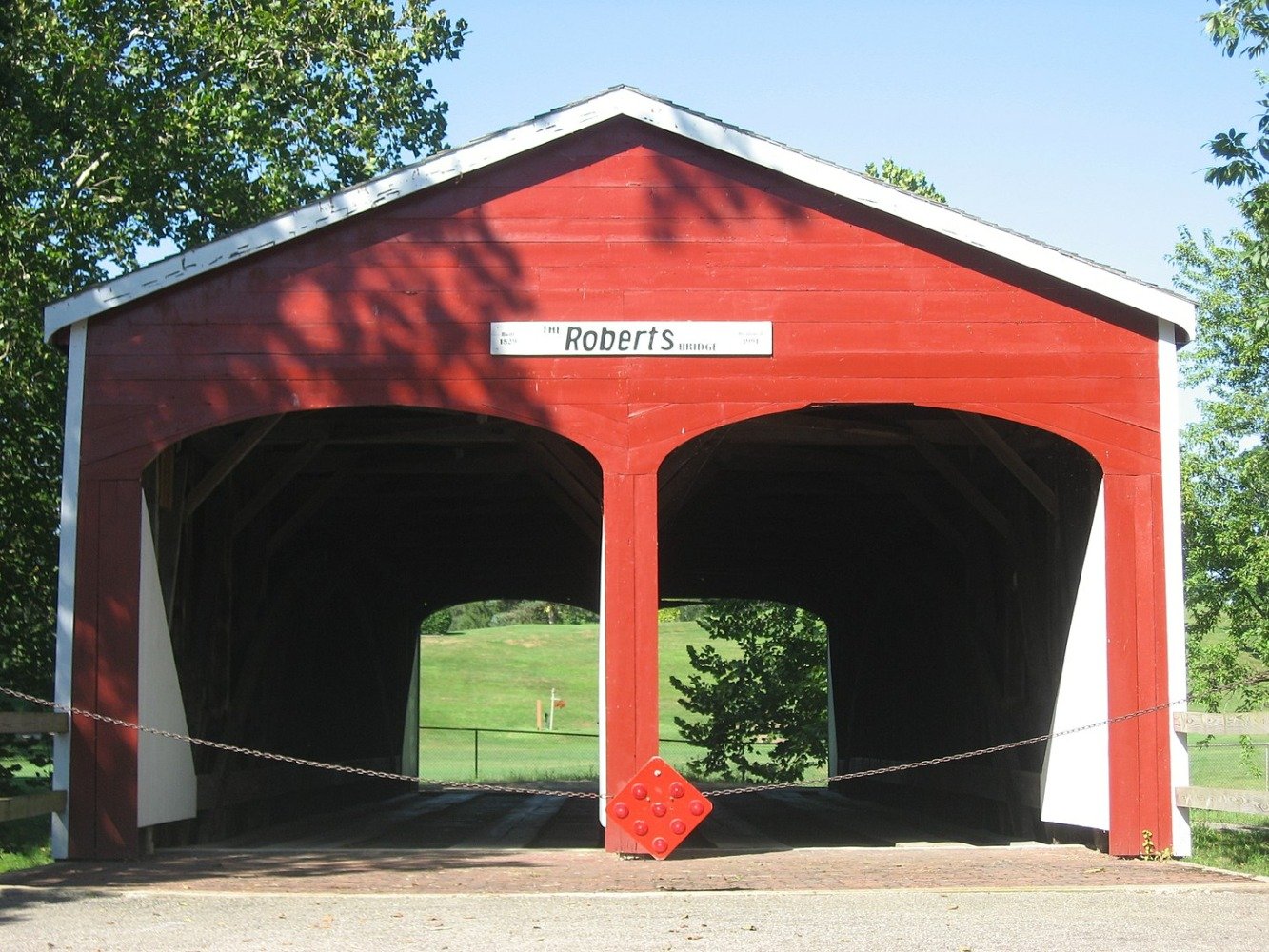 The oldest covered bridge in the state is quite a site. The Roberts Bridge was built in 1829. The bridge is a double-barrel, truss-designed bridge and that’s pretty impressive considering there are only six of them left in the entire country. The bridge was constructed with local beech, poplar, and oak.